In today’s episode of the podcast we look at how blocking can change bad angles in to good ones and ease the pressure on location lighting challenges.

The commercial featured today was shot in one location and the action/script in combination with the interior set up of the space meant we were going to have to be very smart with our angles.

The script had a mother and two young children in a dentist’s office.  The mother speaks to the boy then turns her attention to the receptionist behind the counter.

The number of angles, wanting to see the whole family in the space, and the size of the location meant keeping a nice look and feel going from shot to shot was going to be a challenge.

Here is the Final Sequence: 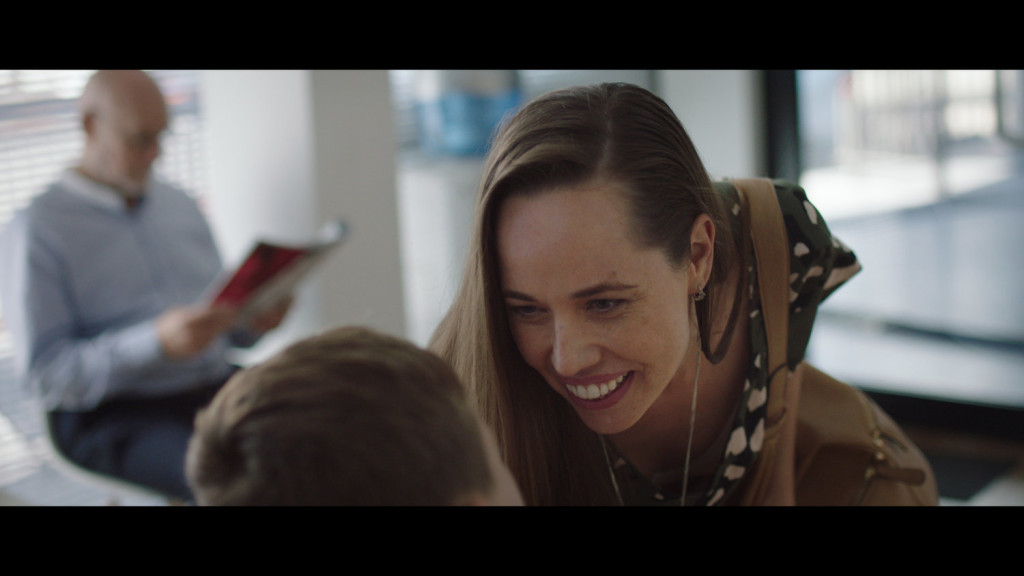 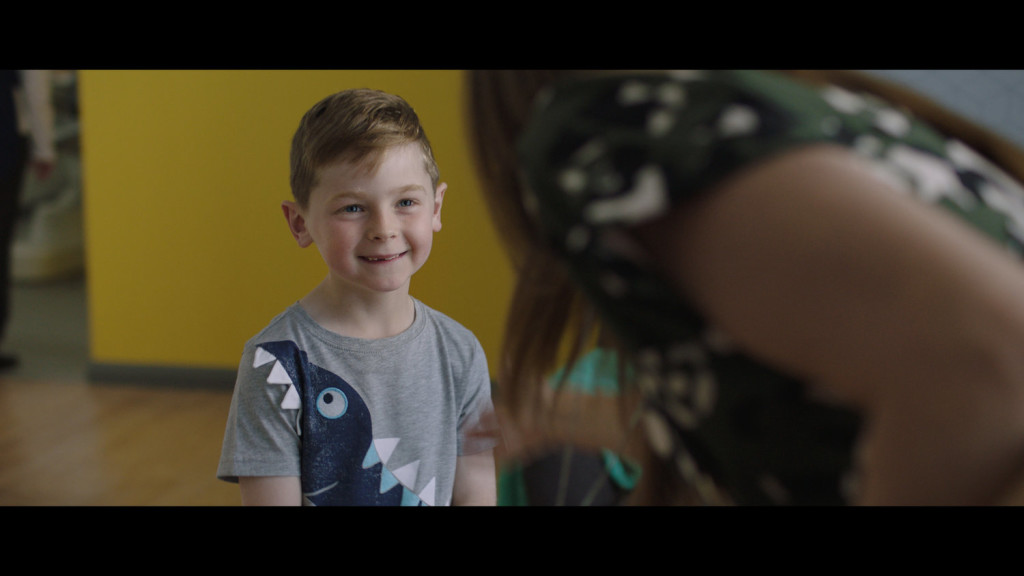 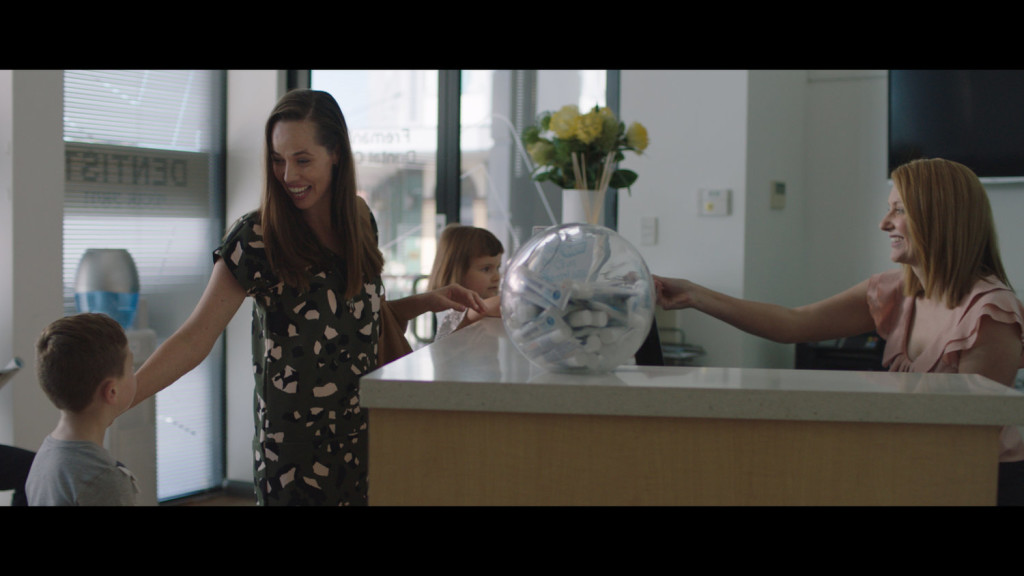 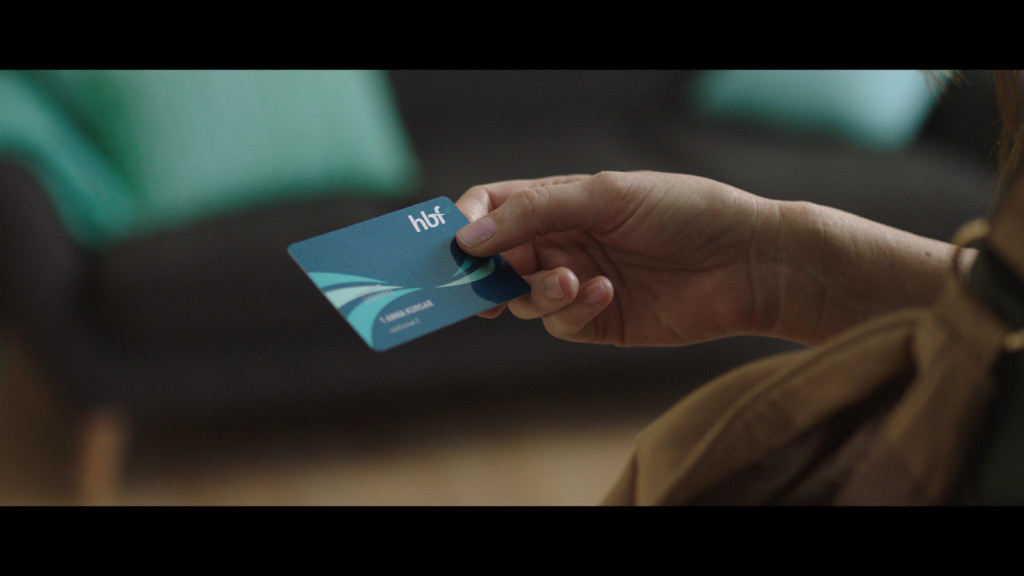 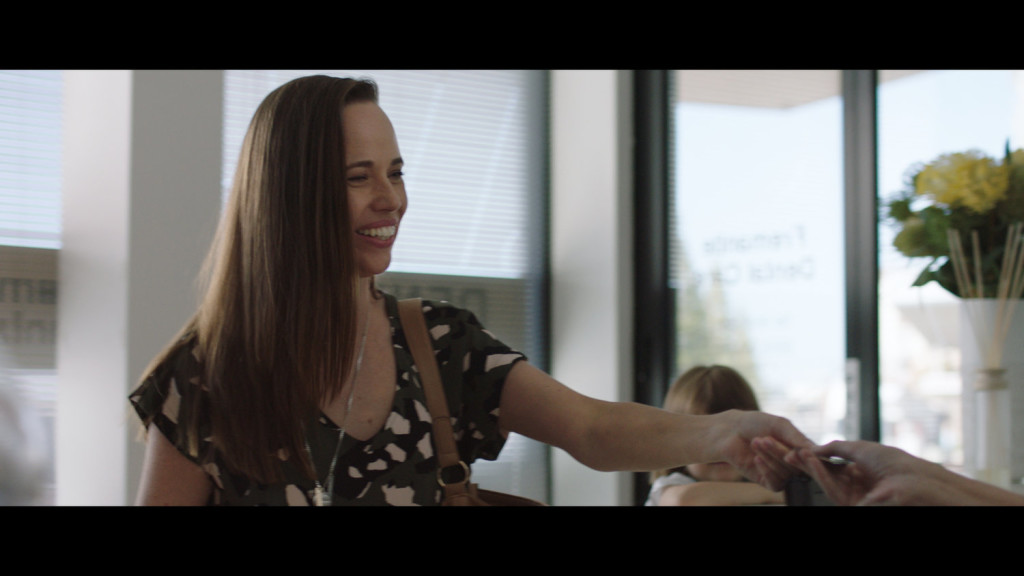 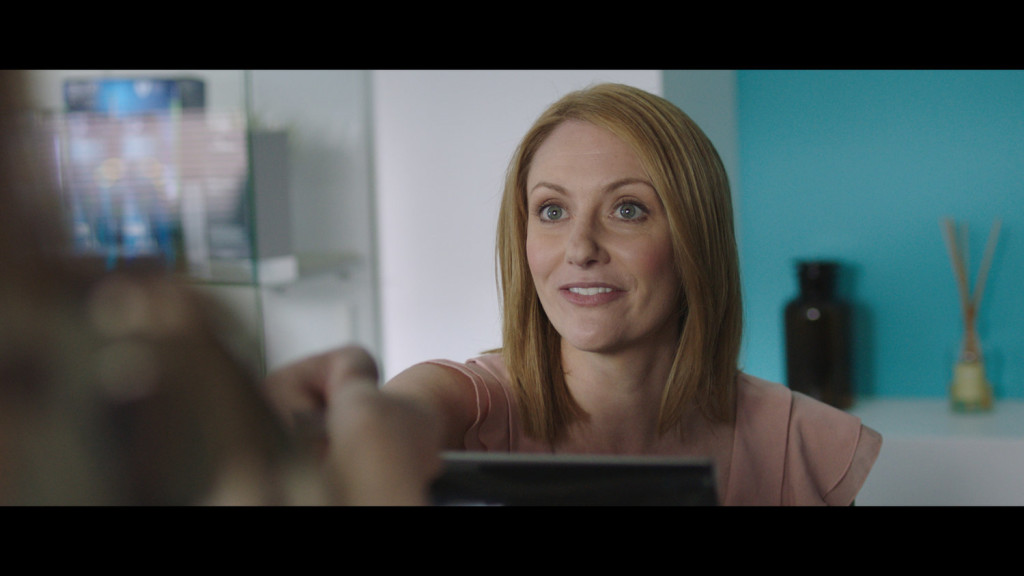 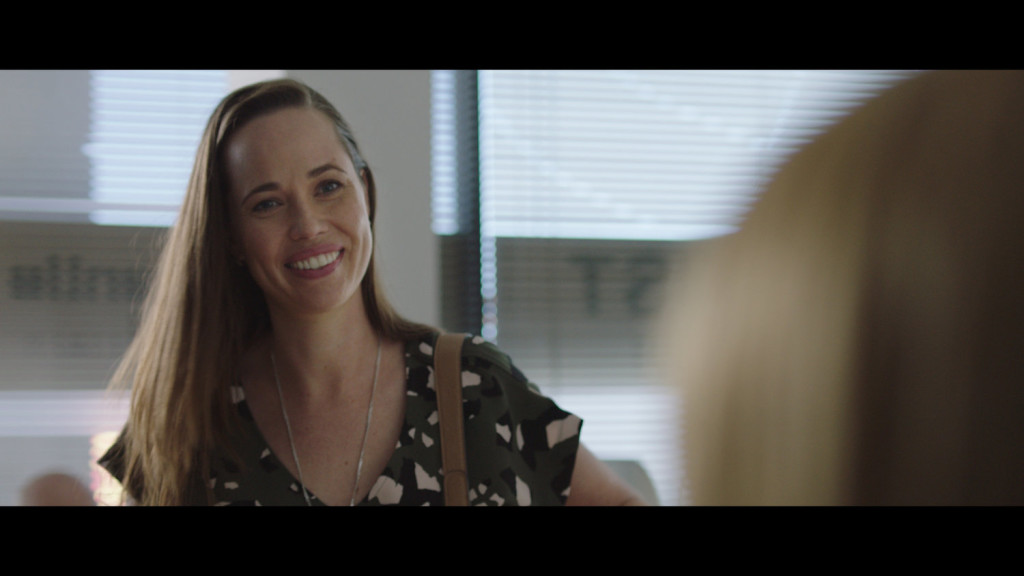 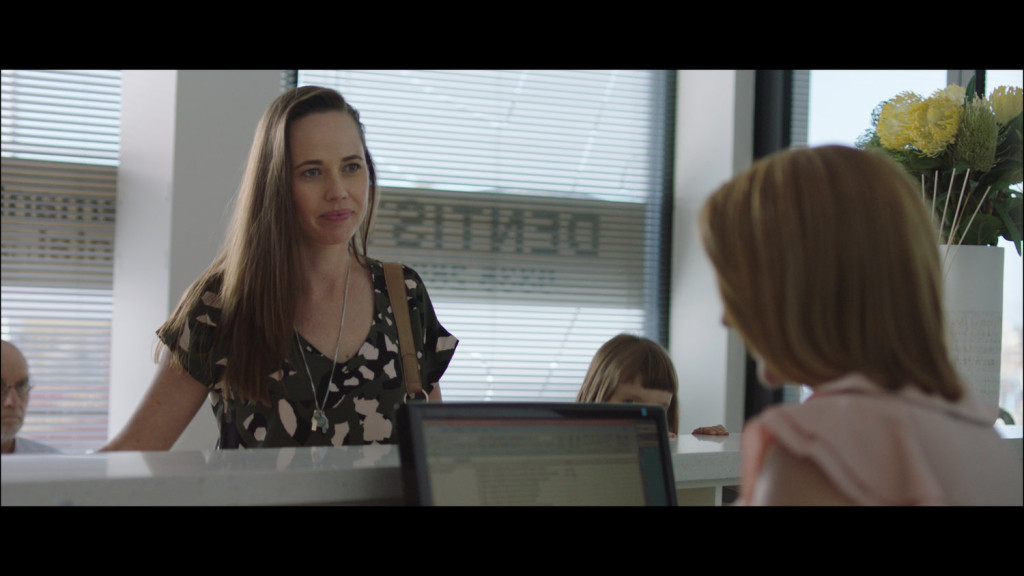 The location wasn’t the first choice for production but as happens on tvc stuff we ended up there anyway.  There were some issues with the space. 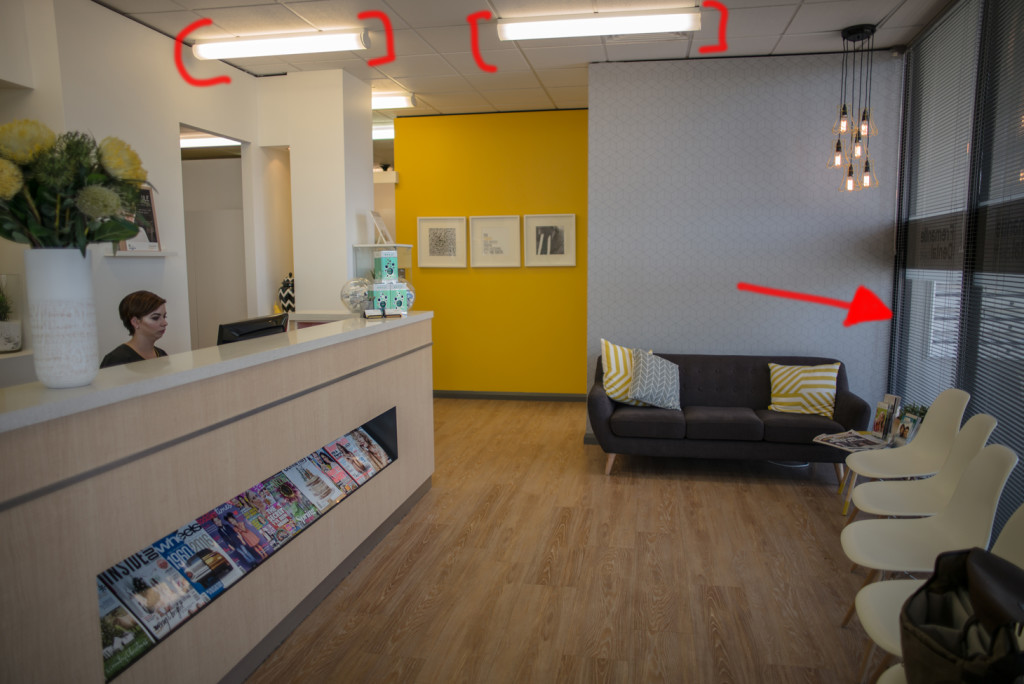 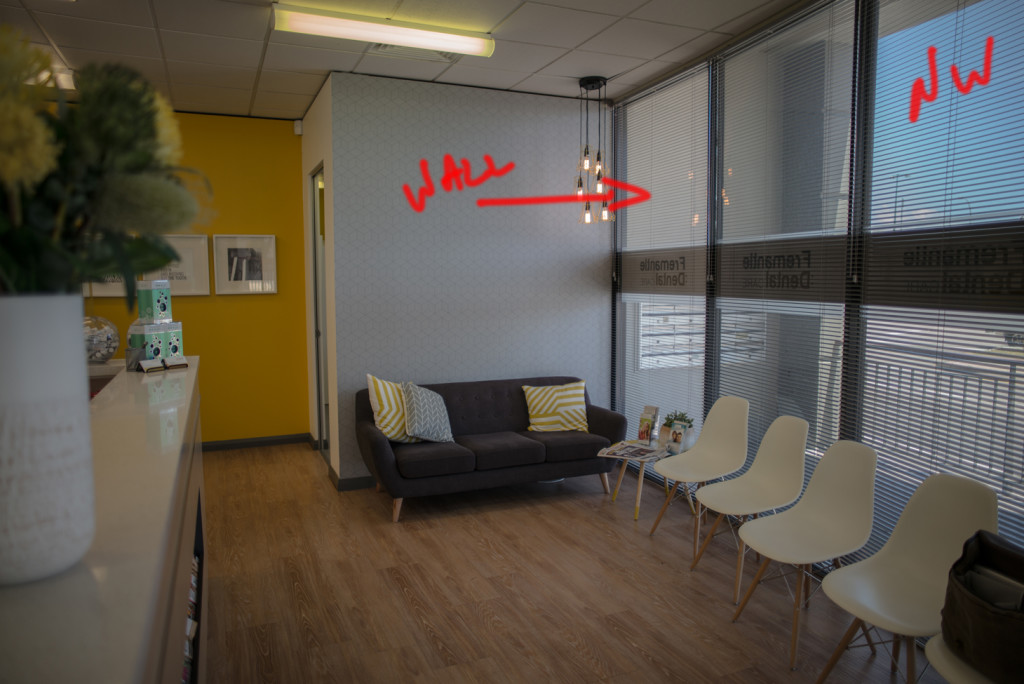 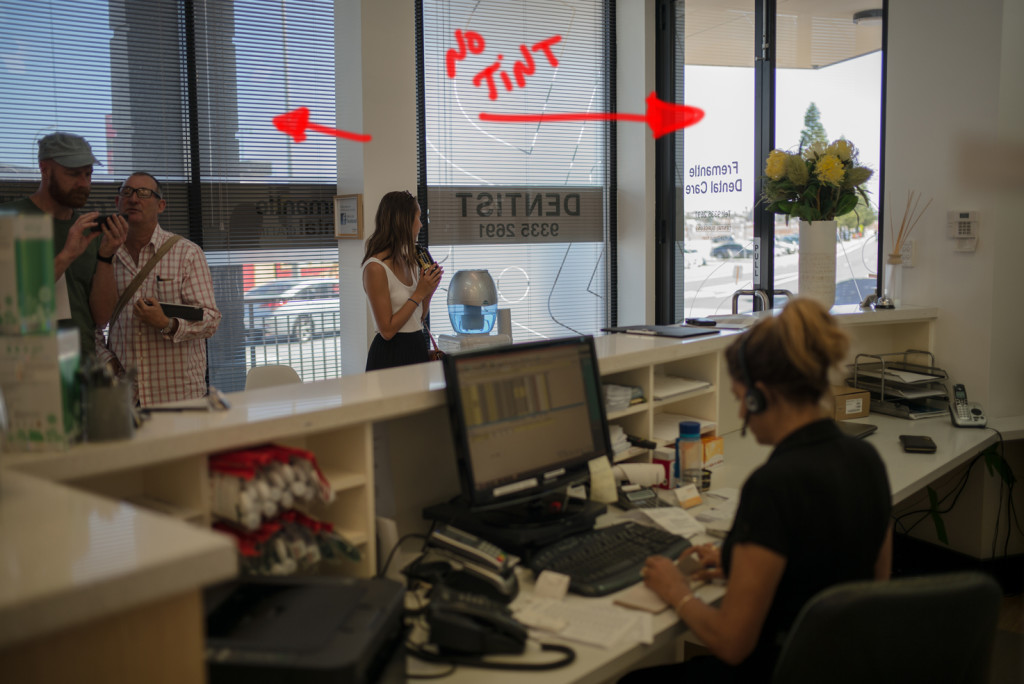 Going over the script with the director I knew we were going to see 270 degrees of the space so we needed to light it accordingly.  The most difficult aspect was determining the angles for each micro set up.

The desk was oriented and fixed in place which meant the conversation between the family and the receptionist would have to take place perpendicular to the window source. Never good for lighting.

We needed a big soft source that felt nice and wrappy but also one that could be fairly mobile as we needed to adjust the angle from shot to shot so that the changes in positioning wouldn’t jump out and distract people.

With the space we had outside on the sidewalk we put in a 12k HMI through a 4×4 frame then through a 12×12 frame that was loosely draped over a t-bar.

We needed quite a bit of level coming from the HMI as I knew we would be facing an untinted window in one shot and the schedule for the day meant we would be there at the worst possible time when the background was at its hottest.

For the blocking we started with the ideal wide and worked backward.

Things to take into consideration:

Knowing that we knew we had to be on the shadow side of the line for the first interaction between Mother and the boy.

Then as we jumped conversations to the next group we looked at the wide angle we liked the figured out how to light the receptionist and the mother to suit. 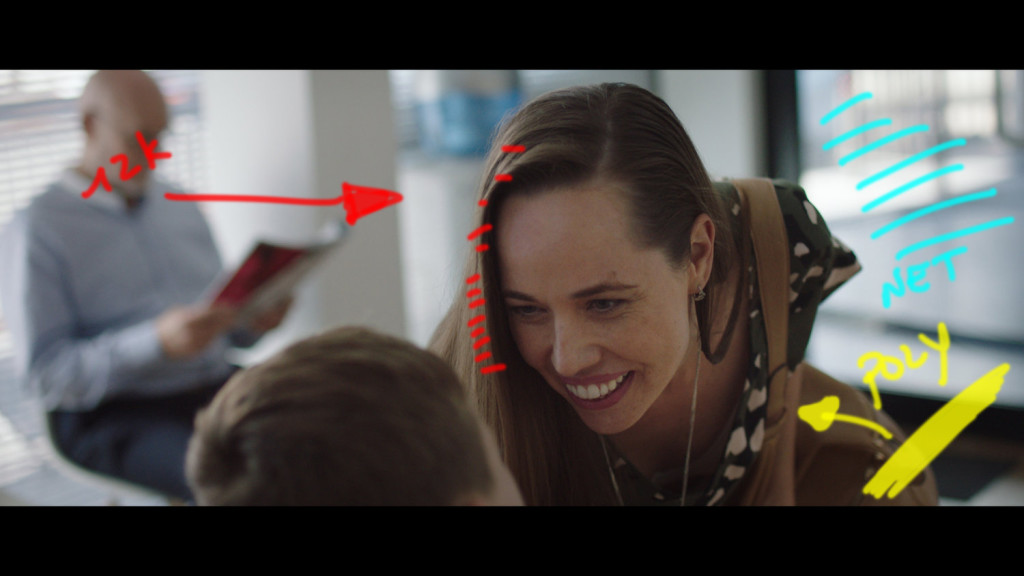 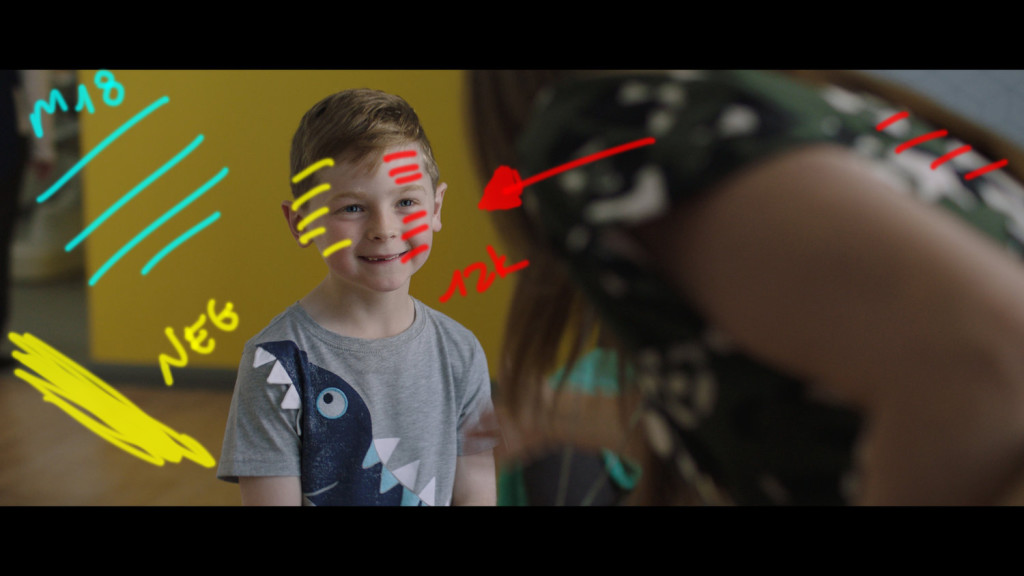 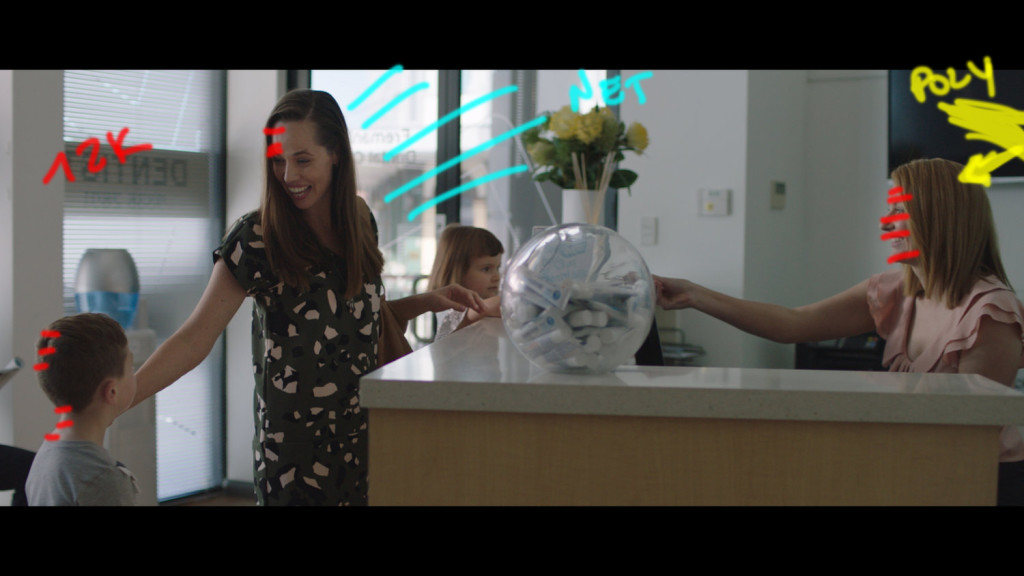 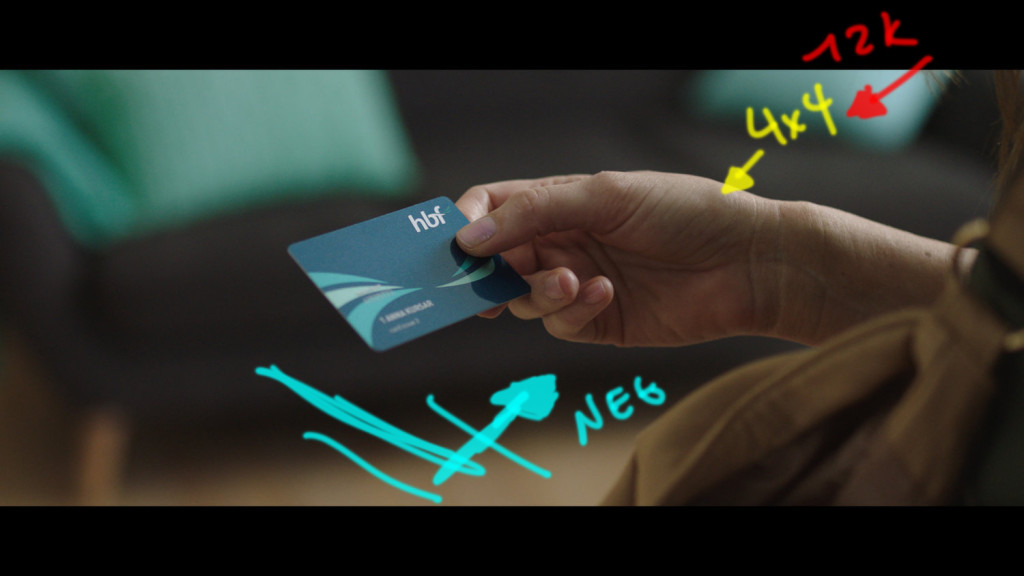 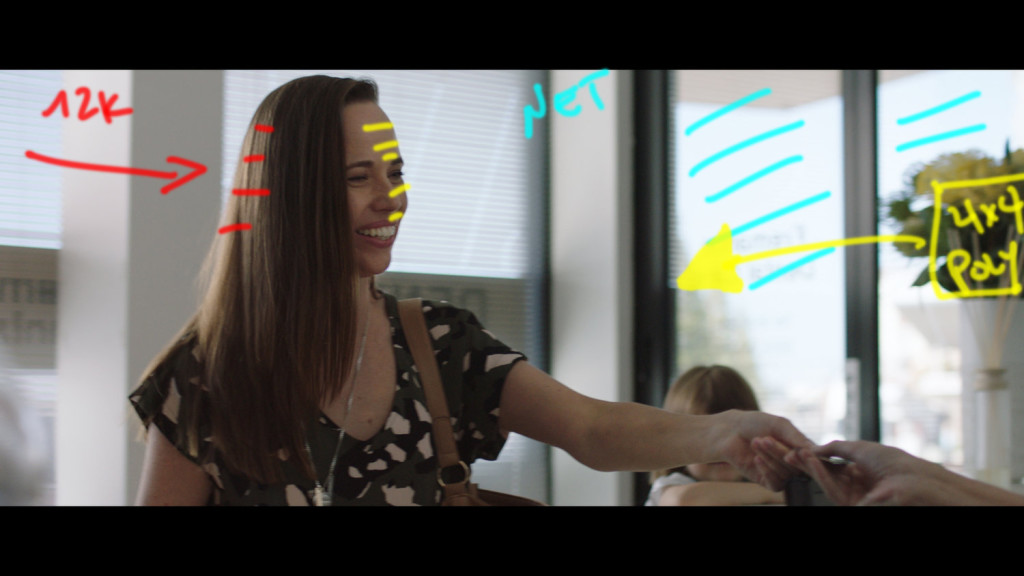 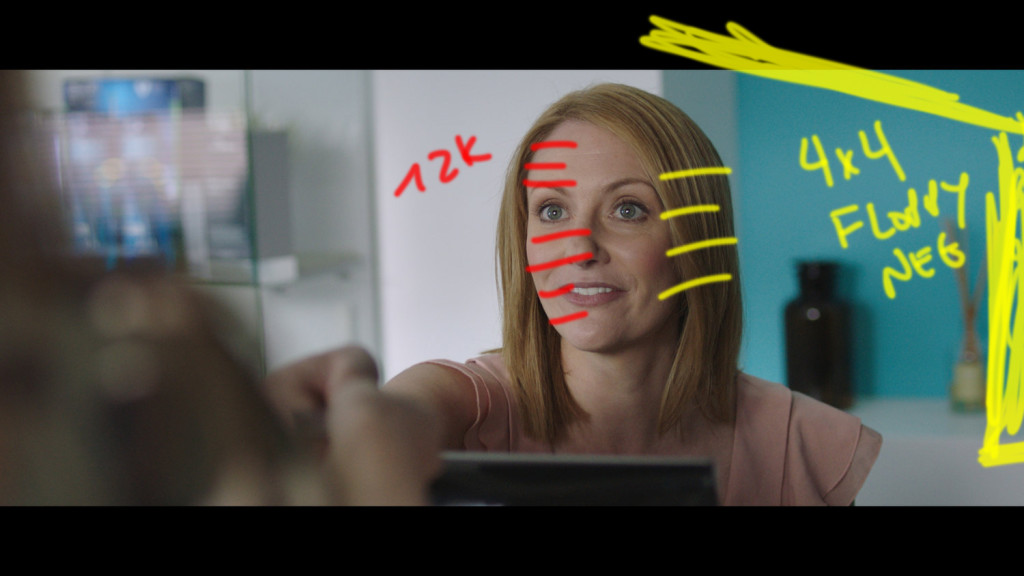 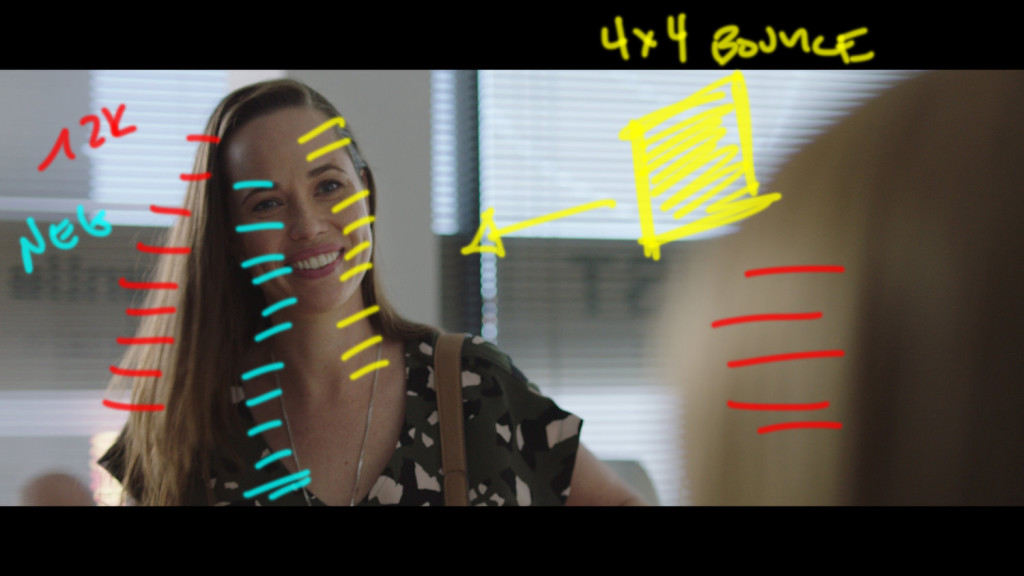 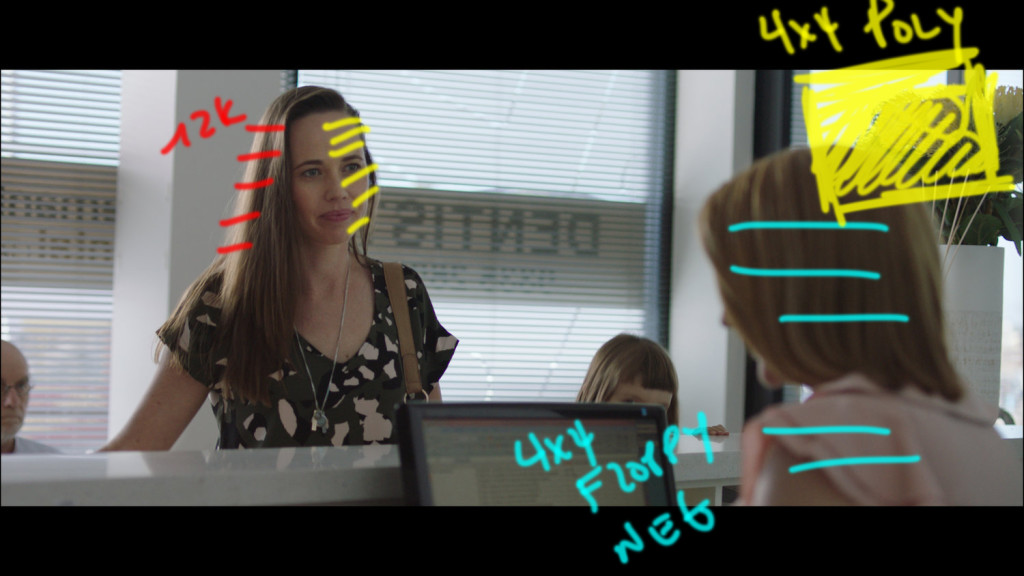