Home
Videos
This is the start of a series of articles on commercial cinematography.  I recently DP’d a TV commercial where I had the opportunity to track the entire process and I am sharing the experience from start to finish in this series.  Click here to read the next post in the series: Commercial Cinematography Series (Part 2):  Building a Cinematography Reference Library

Cinematography Series: The Job & the Idea

Late last year I was contacted by a Director named Grant Sputore.  Grant has a production company called The Penguin Empire here in Western Australia and we had worked together on a few projects in the past.

He mentioned he had a job coming up that lined up with my aesthetic and he wondered whether or not I was available/interested in coming on board and DPing the project.

We talked about the project and the brief and after seeing the treatment I liked the idea and where it was going so I agreed and the ball started rolling.

I also knew that with the website I wanted to start documenting how commercials like this get made from a cinematography standpoint.  There are lots of great resources for people just starting out in cinematography but there is a vast chasm of nothingness for people looking to step up from low budget music videos or student shorts to commercial work.

So rather than complain about the lack of info I decided to do something about it. 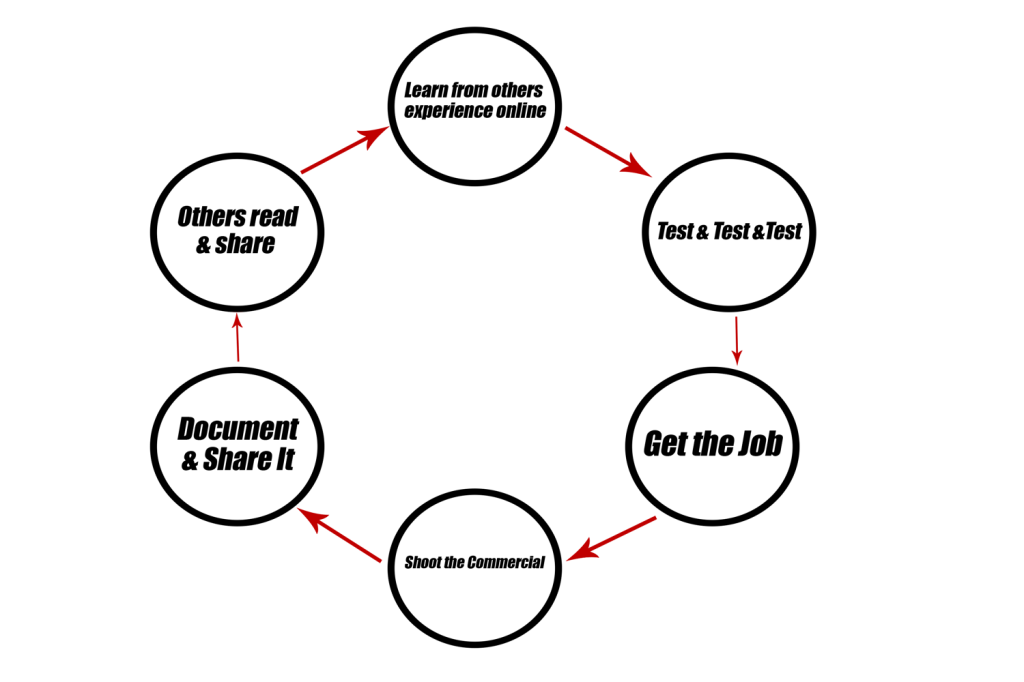 Over the course of the weeks that followed that conversation with Grant I documented much of what I experienced as a DP.  I  did my best to remember all the details and information that I always find myself trying to track down when looking up other people’s shoots.

My hope is that you reading this series will take inspiration from it, learn from it, and then share something from your own shoots.  I learned by reading online and watching tutorials and the more good stuff that is out there, the more good work will be produced.

Also from a selfish point of view, doing this exercise forced me to really breakdown my process and helped me discover areas where I was being inefficient or wasting resources.  Documenting the experience has helped me become a better cinematographer so I am already winning.

Back to the TVC – First Steps 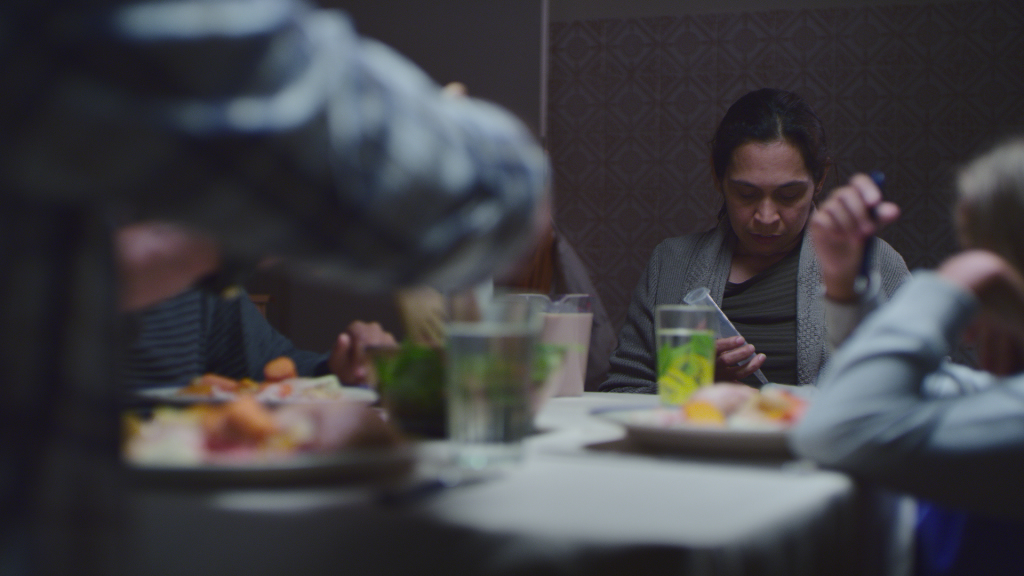 So I knew the client and I had read through the treatment, talked to the director, and studied the brief.  Now it was time to start gathering up initial references.

In talking with Grant he mentioned a few key points that I remember jotting down:

#1.  Muted – The ad was going to have a sensitive story line and he wanted to try and stay away from big bold colors.

#2.  Naturalistic – The lighting had to be cinematic but not overly composed.  We wanted the shots to be well composed, well lit, but not over the top “pretty” or “modeled”.

#3.  Connection – The 45 second commercial was going to take the viewer across 5 different scenes and 5 different story lines that were seperate but connected.  The camera/lighting/colors had to be different but there also had to be a connection to tie everything together. 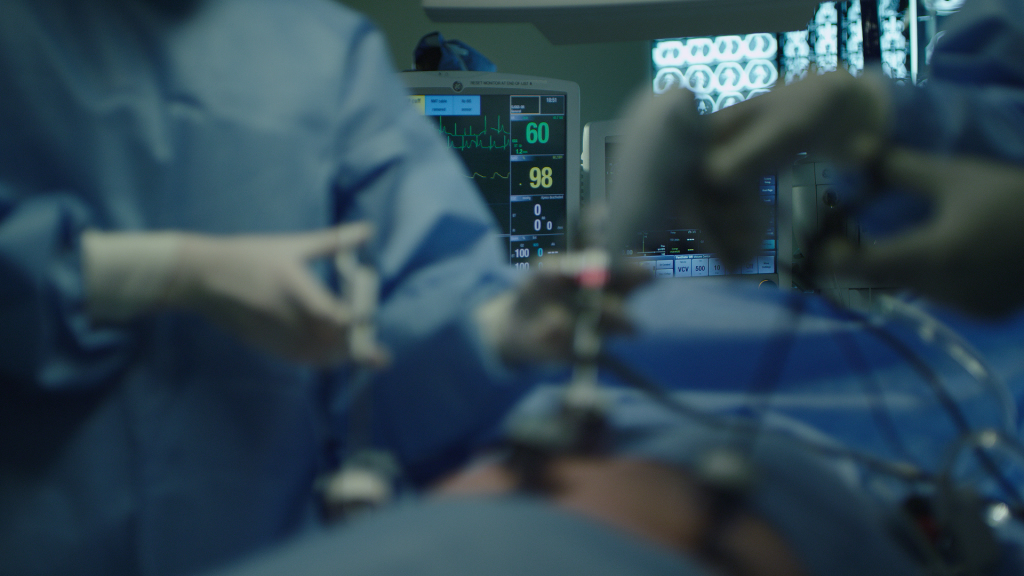 At the start of any pre-production process you are working in broad strokes.  I like to focus my energy on moods and tones as opposed to specific stuff.

On this job I looked at the notes I had made in my conversation with Grant and also in my initial moments with the treatment.

I immediately start to ask myself how I would go about portraying the subjects in a Muted manner.

I ask myself basic questions:

What sort of Camera system/settings can help me achieve this?

What sort of Framing can help me achieve this?

What type of lenses can help me achieve this?

What type of lighting can help me achieve this?

I do this for every broad note that I make and eventually I start to formulate ideas and general pictures in my head.  I write down everything I think can help knowing that later on I will go through and filter the results.  It is basically a big mind mapping session.

The images are fuzzy but the mood is starting to settle in now.  I start to narrow my approach so that when I get to the next phase of my process, Building a Visual Reference Catalogue, I can work more efficiently by focusing my search to the mood or tone I am after. 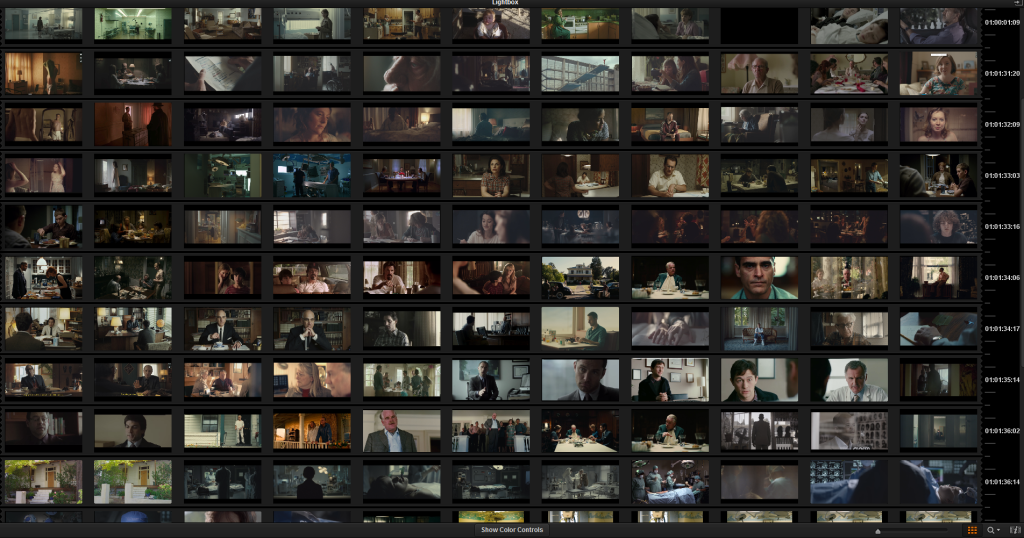 Breaking Down the Treatment

You can’t build looks for a set up if you aren’t sure about the 5 Ws.

I go through the treatment, take down the 5 Ws for each scene and then catalogue them into specific categories.

For this project there were 5 specific scenes: 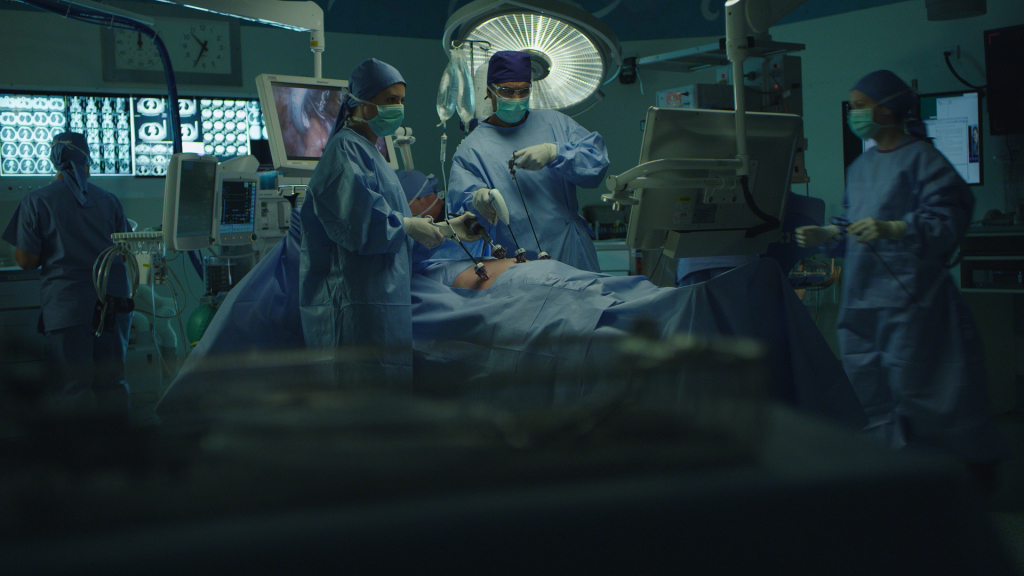 Where? In an operating theatre in a hospital.

Why?  The patient is being operated on to remove cancer caused by smoking. 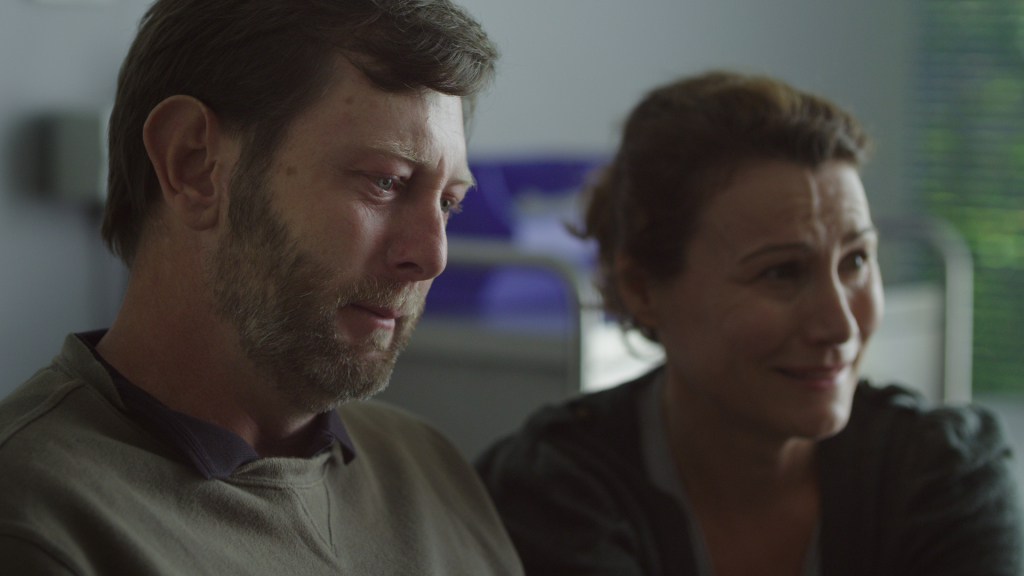 Why?  The husband is receiving some bad news about his health condition. 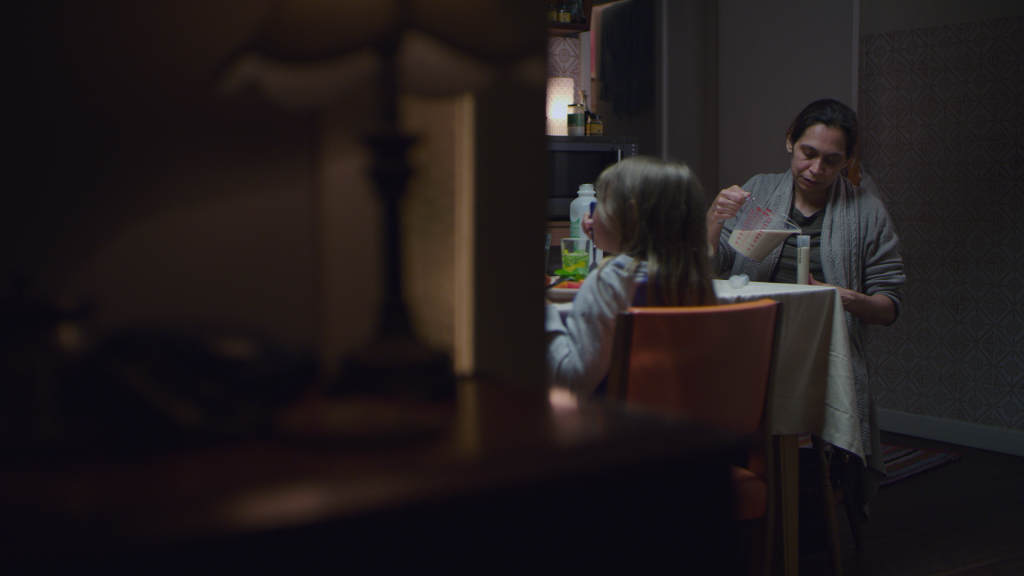 What? A Family Dinner

Why?  Shows a Mother struggling with her condition. 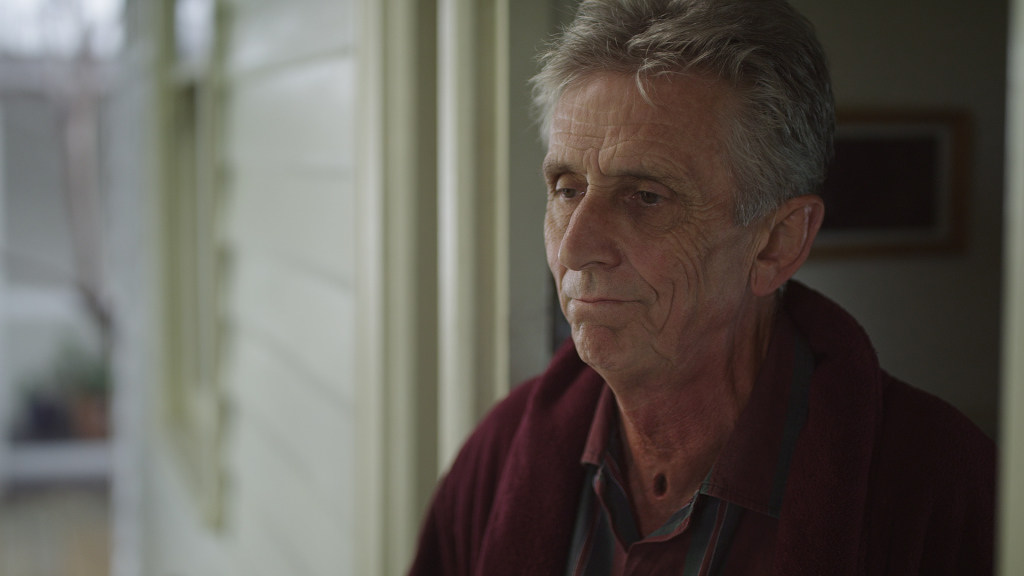 Who? A Grandfather, Son, & Grandson

Why? Shows a Grandfather struggling with his condition. 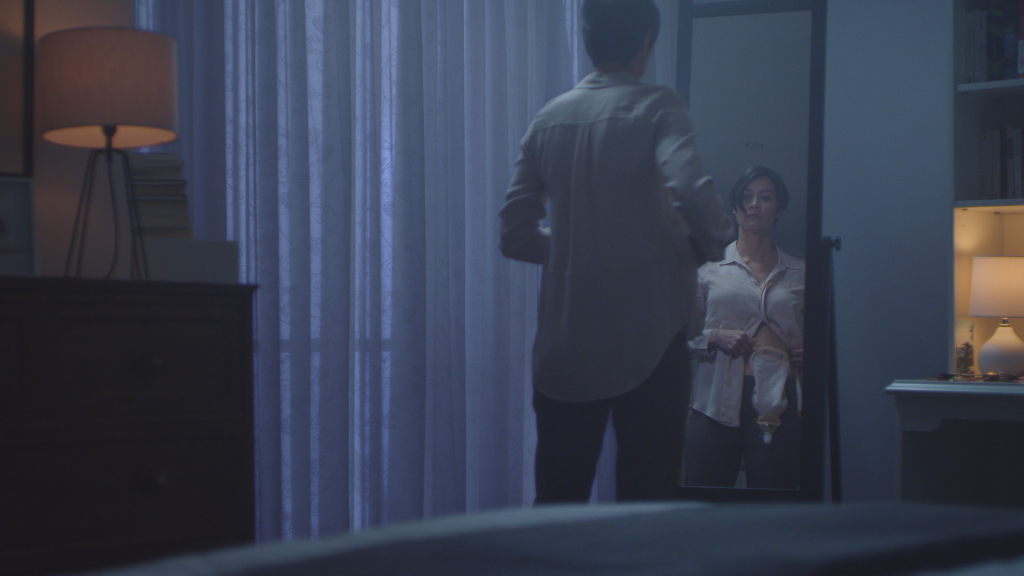 What? Putting clothes on and preparing for the day.

Why?  Show the young woman struggling with her condition.

So for this commercial we had 5 Scenes.  5 different looks, locations, lighting possibilities that had to have some force that tied them together but also a visual uniqueness so that viewers could instantly tell they were seperate.

Armed with this information we can move on to the next step in the process.

Cinematography Series: The Next Step 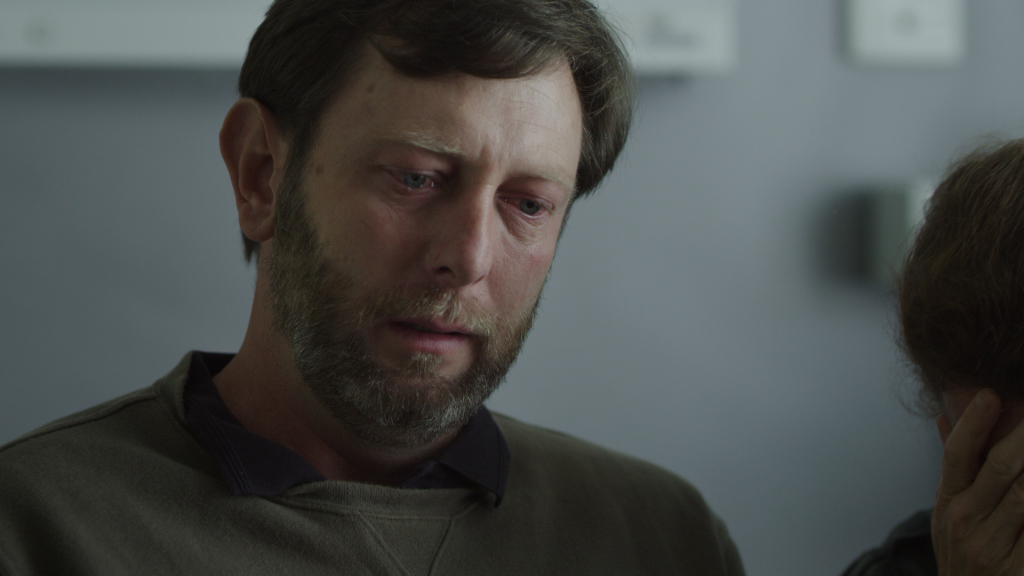 In Part #2 of the Commercial Cinematography Series we are going to take a lot at constructing a visual lookbook for a project.  Some people love it, some hate it.

I go over in detail how I create my reference libraries, what aspects I am looking for, and what I hope to gain from getting all these pieces of inspiration together in one place.