In this episode of the podcast we start our journey in to modern day vfx cinematography by looking at a recent tvc break down.

Modern vfx techniques mean more and more freedom for cinematographers and we discuss the integration of live action and cgi elements in the commercial realm.

If you enjoy the show and would like to support it, please click on the Patreon link below. You’ll get exclusive access to Q&A’s, additional podcasts and allow the wonder boy to send postcards to his family back in Wolverhampton. 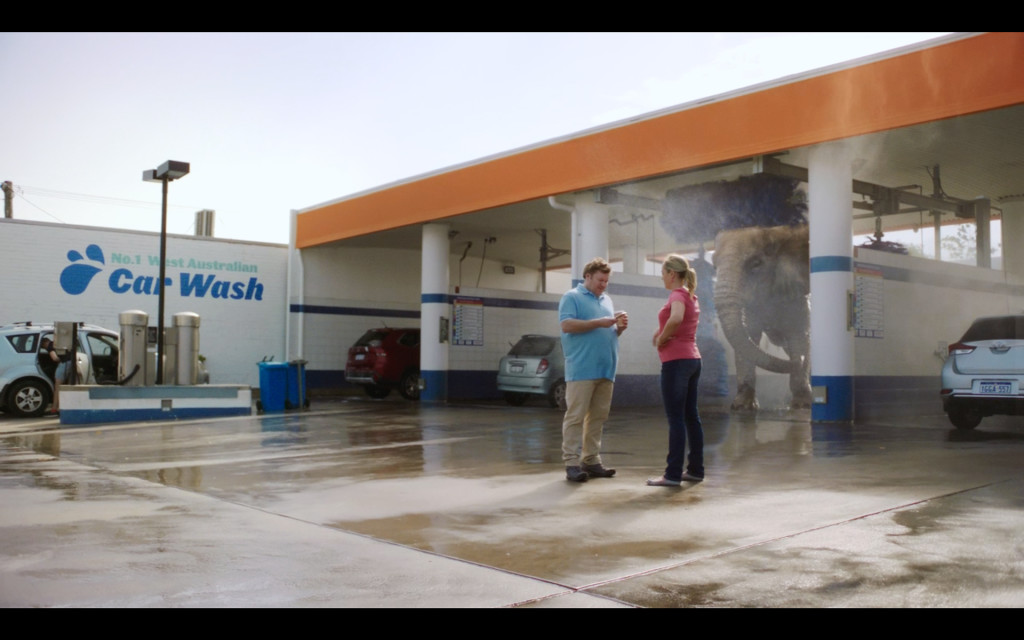 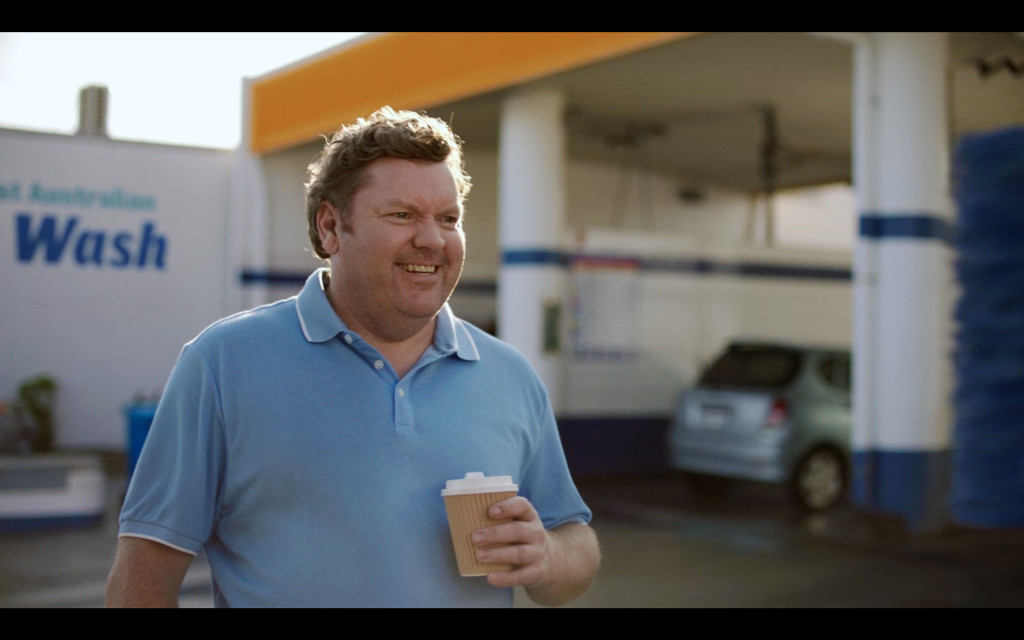 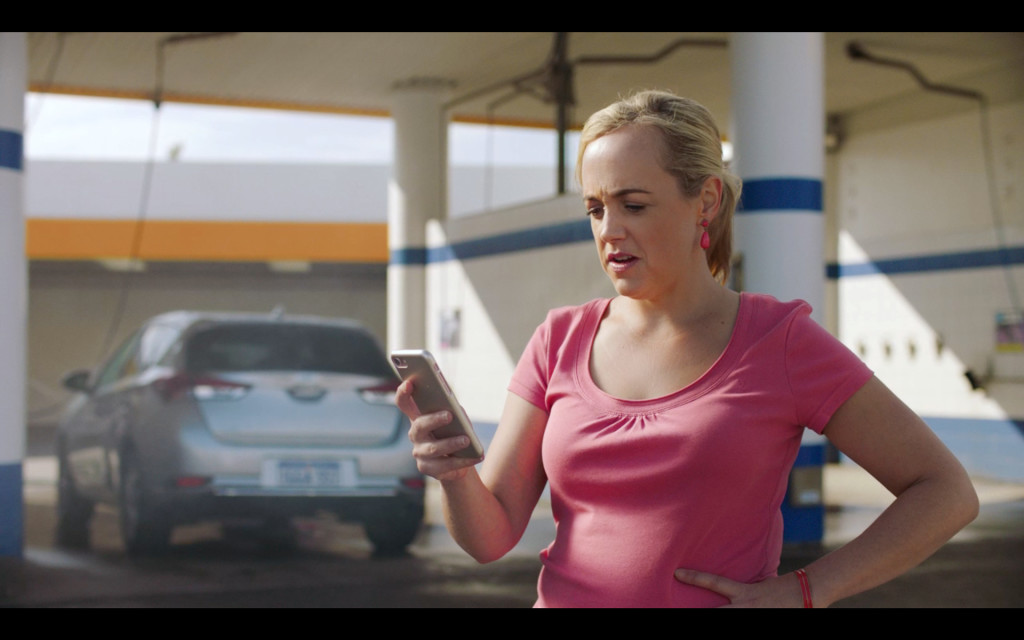 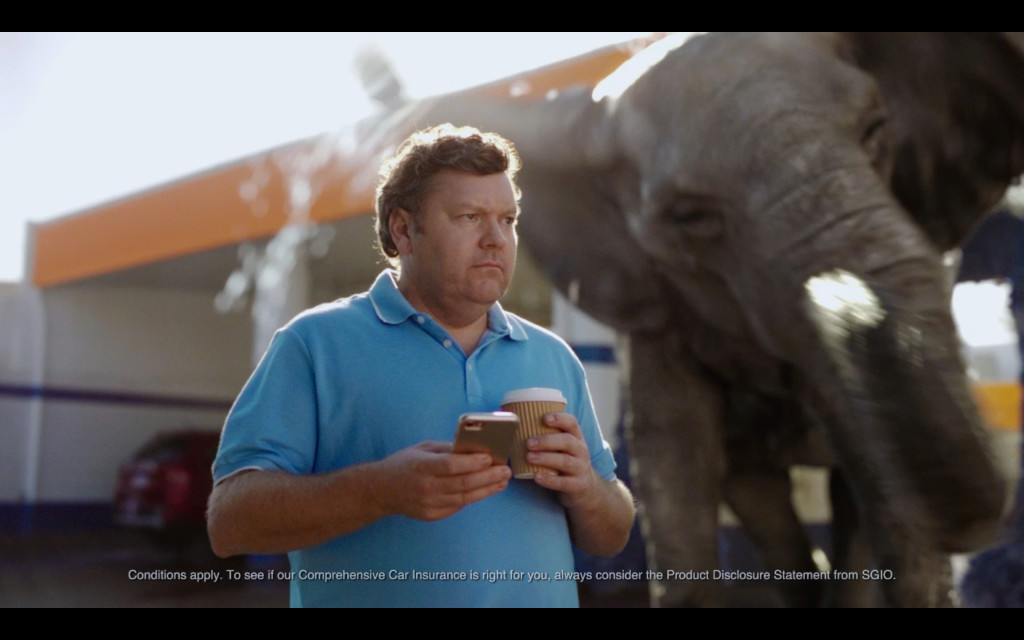 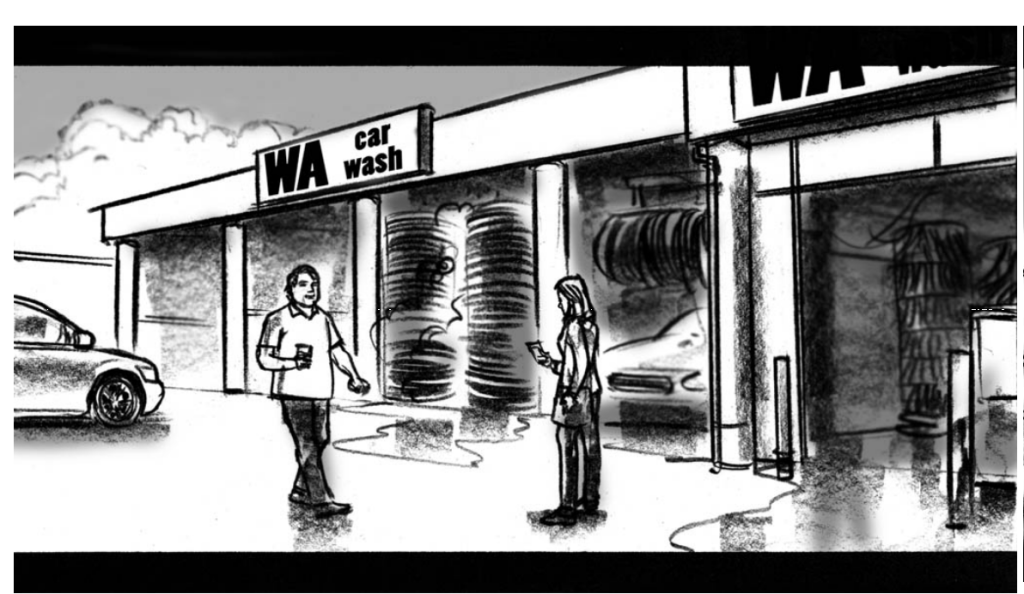 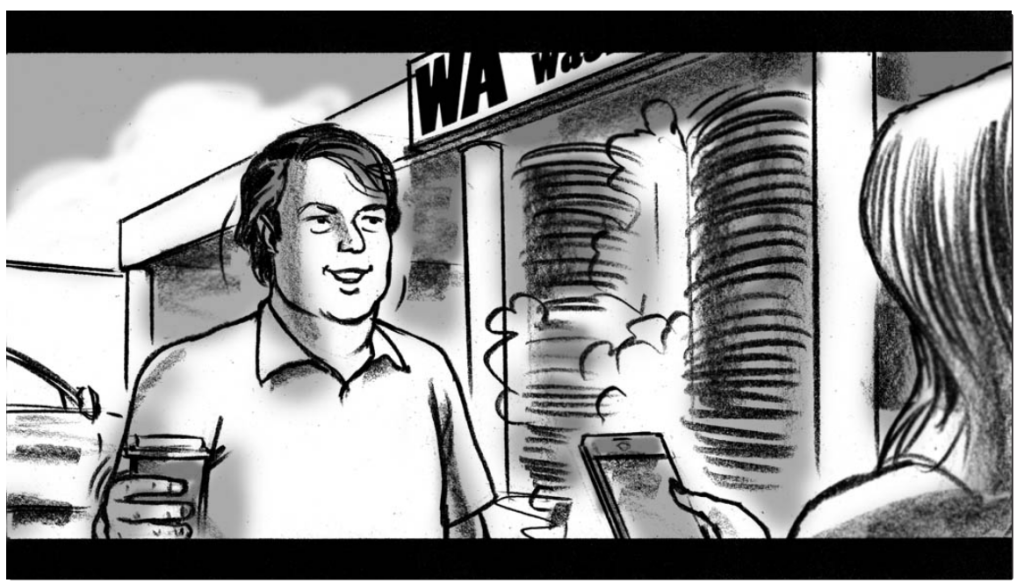 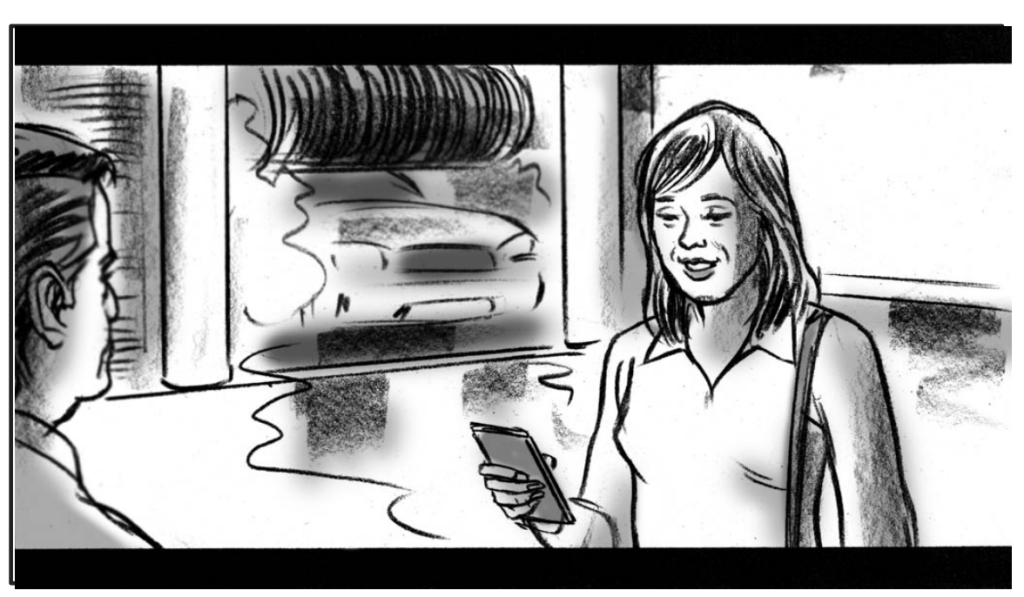 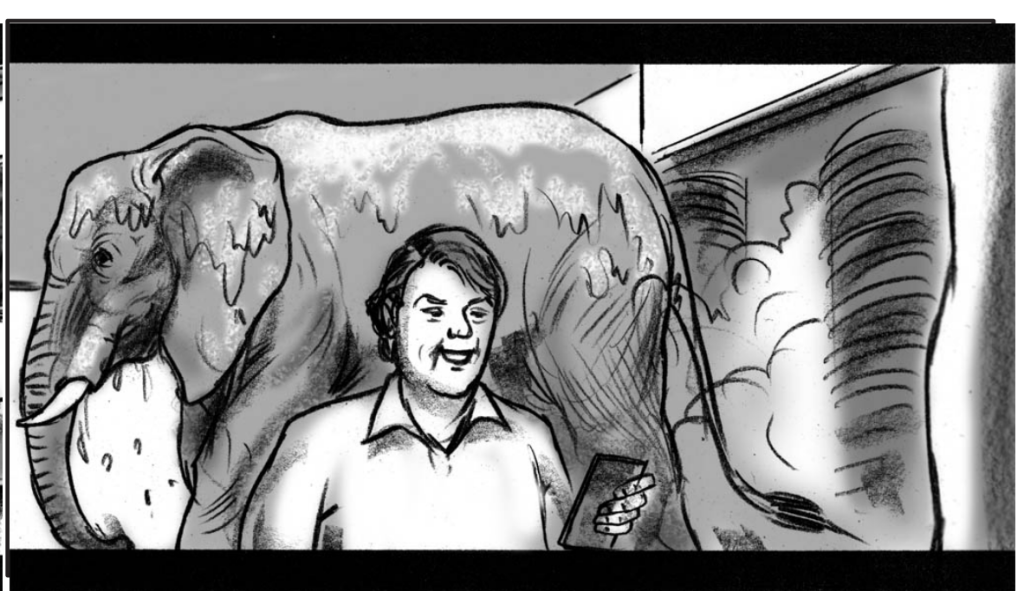 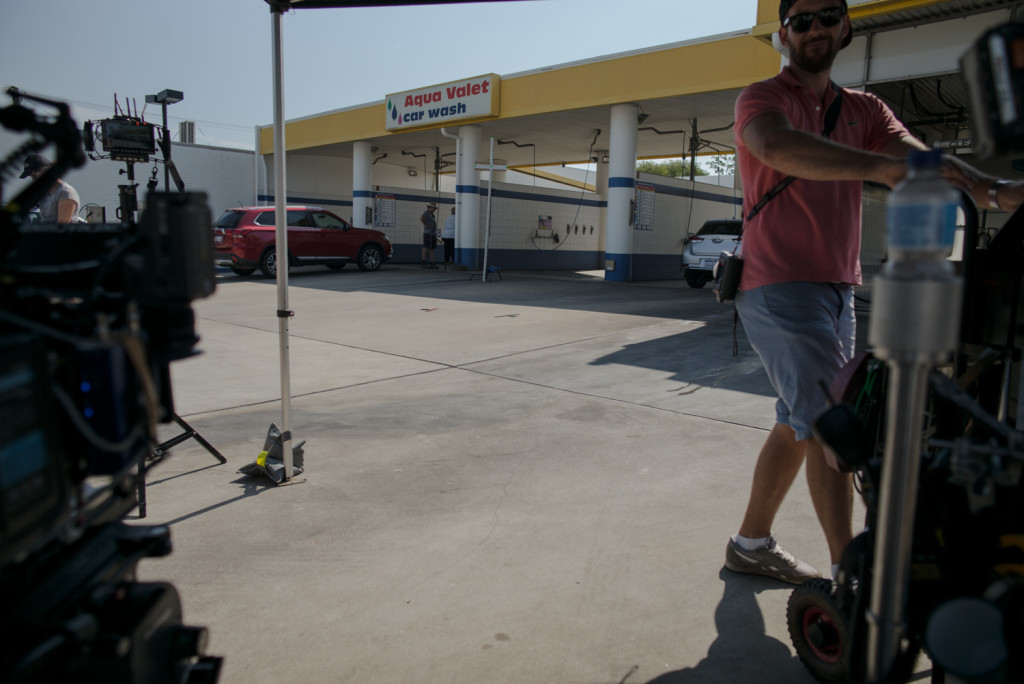 Production had locked down the car wash for the whole afternoon and we had chosen the location to take advantage of the position of the afternoon sun.

It was the ideal orientation but we still had to work fast as the later it got, the more shadow would be cast across the forecourt and the harder it would be to keep a consistent look.

The scene had our two main characters talking in front of the car was and a VFX elephant appearing from one of the bays.

The Perth sun was so bright we had to use the full internal 2.1ND of the Mini plus an additional 0.3ND to take it down 9 stops.

The shot was so wide there wasn’t any bounce of diffusion that could help us so wetting down the forecourt was all we could do. It’s always a go to technique to add interest and reflectivity to a shot and it also brought down the level a stop and a half to f45.

We had the support artist spray towards the visible end of the washing bays to add some haze to back of shot.

The final touch was to experiment with some dingle but it was deemed too stalker like.

The Alexa Mini was at its standard rating of ISO800, shooting 25fps on the 25mm Cooke. 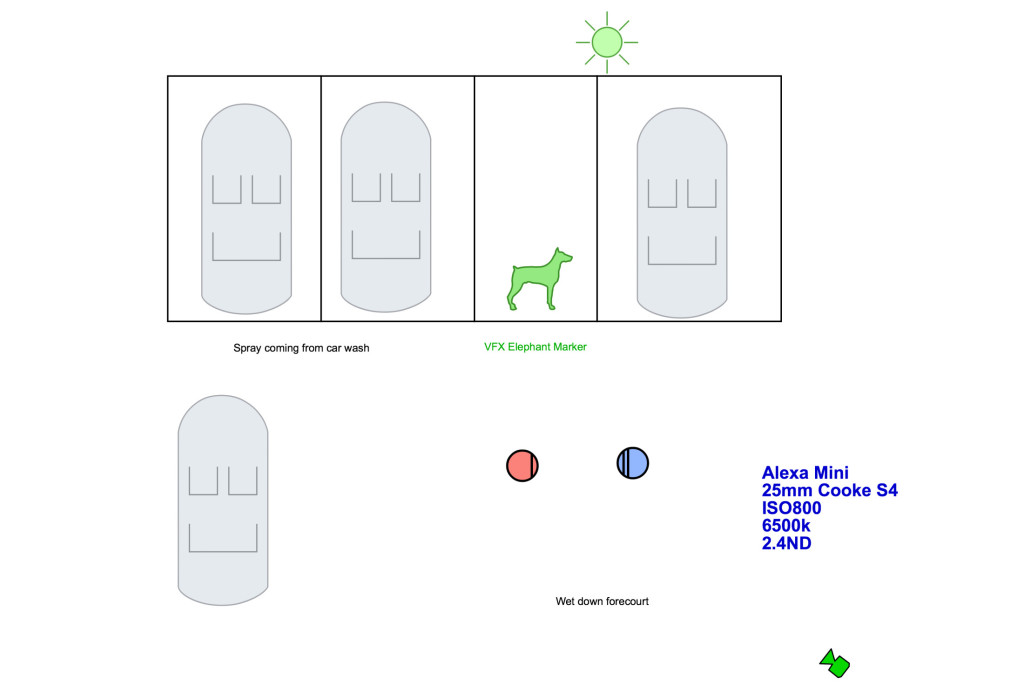 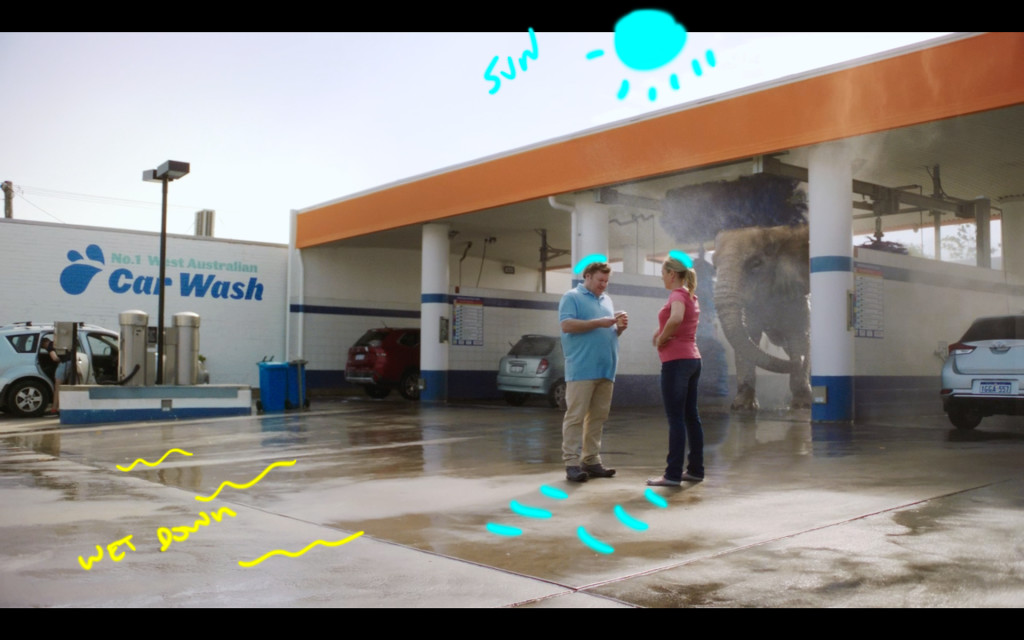 Behind the Scenes – Shot #1 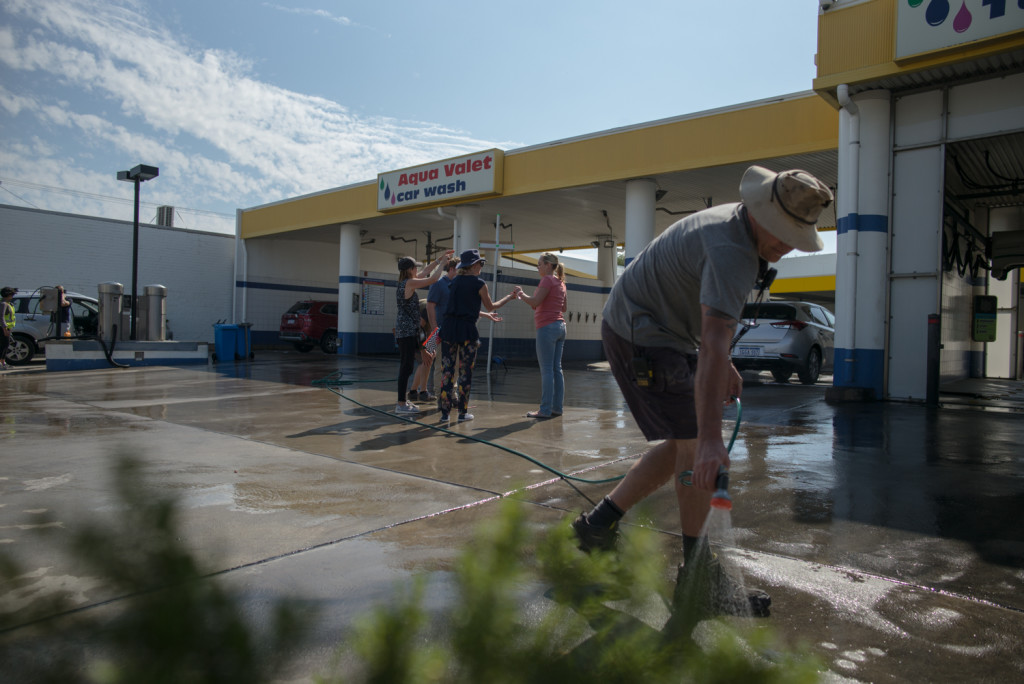 Dingle and wet down during final checks with the VFX marker for the elephant in the background.

Next up was the mid shot of our female star.

The scene had already been set in the wide, where the sun was nicely backlighting our two starts but as we moved in for closer coverage the sun now had to be controlled different as we had two characters facing each other.

In previous episodes (#62 Shaping the Sun and #71 House Lighting) we were focusing on one main character and lighting them was simpler.

If we had started rolling on the mid shot where our lady was standing in the wide, she would have been far too front lit so we had try and remedy this.

First, we cheated her angle as much as we could to keep continuity, which was around 45 degrees away from the sun, giving us some contrast across the face.

Next, we brought in an 8×8 Shower Curtain aka Japanese Plastic , which is about as thin a diffusion as you can get and brought the level down to f64.2. The Gaffer had acquired the material from a Japanese car production that had come to Perth last year, hence, Japanese Plastic.

To increase the fill a 4×4 poly was briefly used but it looked it DS so a 12×12 bed sheet was put up to help wrap the key around her face and we ended with a fill of f22.5 which gave us a nice ratio of around 2 stops under.

Again the Alexa Mini stayed at ISO800, shooting 25fps this time with the 40mm. 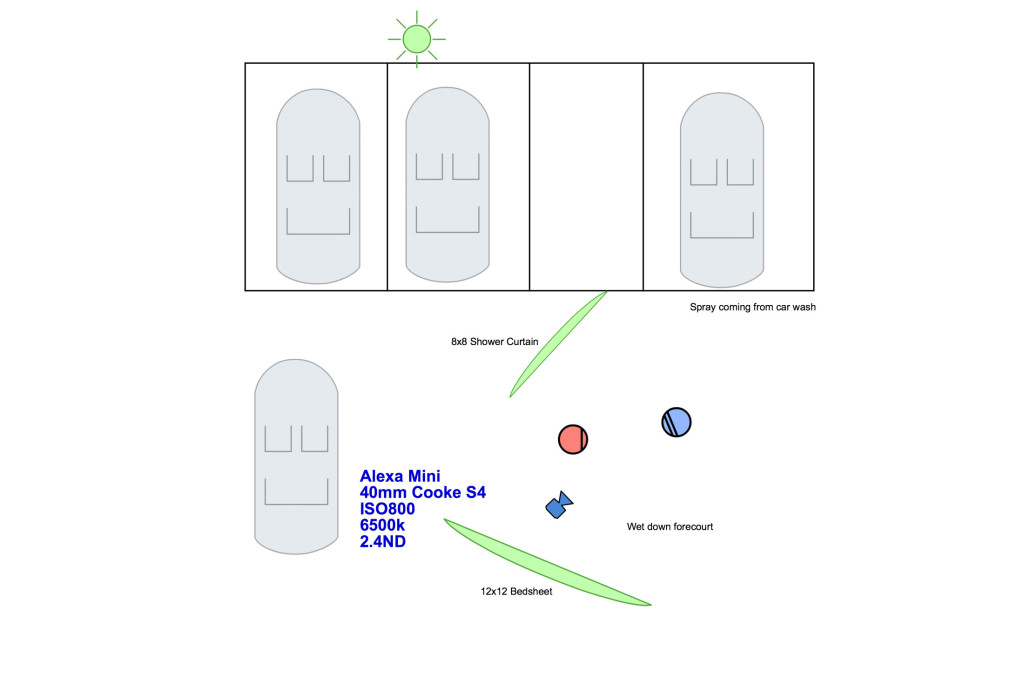 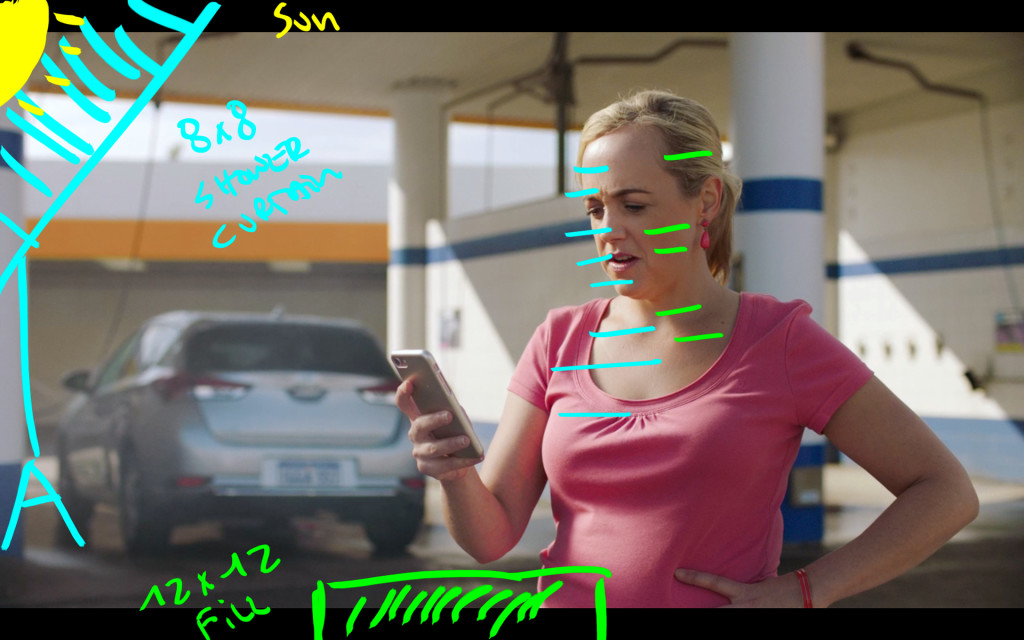 Behind the Scenes – Shot #2 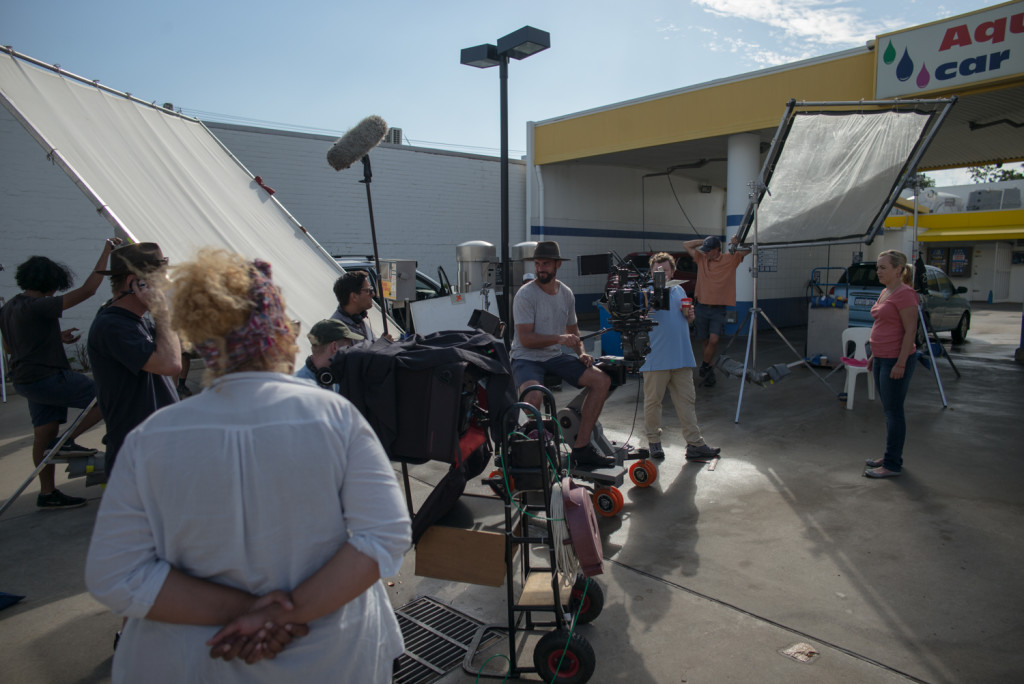 Clearly not impressed with the sound guy.

The final two shots of the day had to be sandwiched into one set up as we were losing that backlight and moving further down the forecourt.

The tricky part of these shots was trying again to wrap the light around his face to get consistent levels and style.

The backlight was still at f64.5 and we didn’t have time to put anything up to bring this down. Key had now dropped to f16.8 so we needed to again an extra half stop from the 12×12 bedsheet. This took a bit shimmying around to and we got the key up to f22.4.

Again we cheated his angle, slightly away from the sun.

Although it worked for the key, the bedsheet also lifted the fill to f22 so we used the reverse side of a 12×12 as negative fill which brought it down to f16.5.

The green screen had to be positioned so as to not cast a shadow on our talent and once that was shot we brought in the VFX marker to shoot a plate. 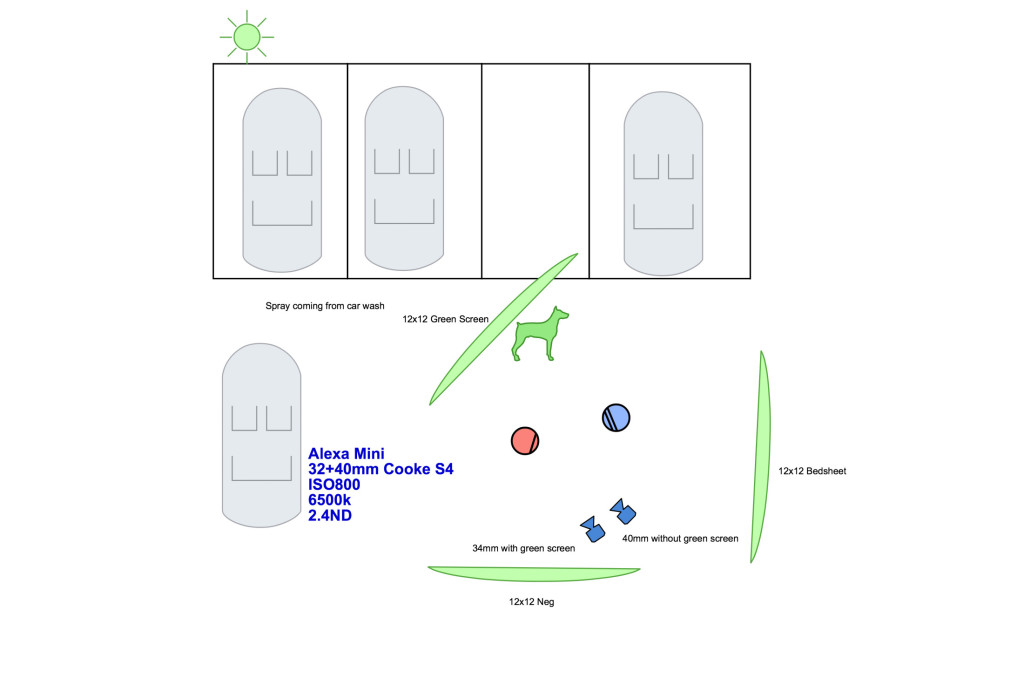 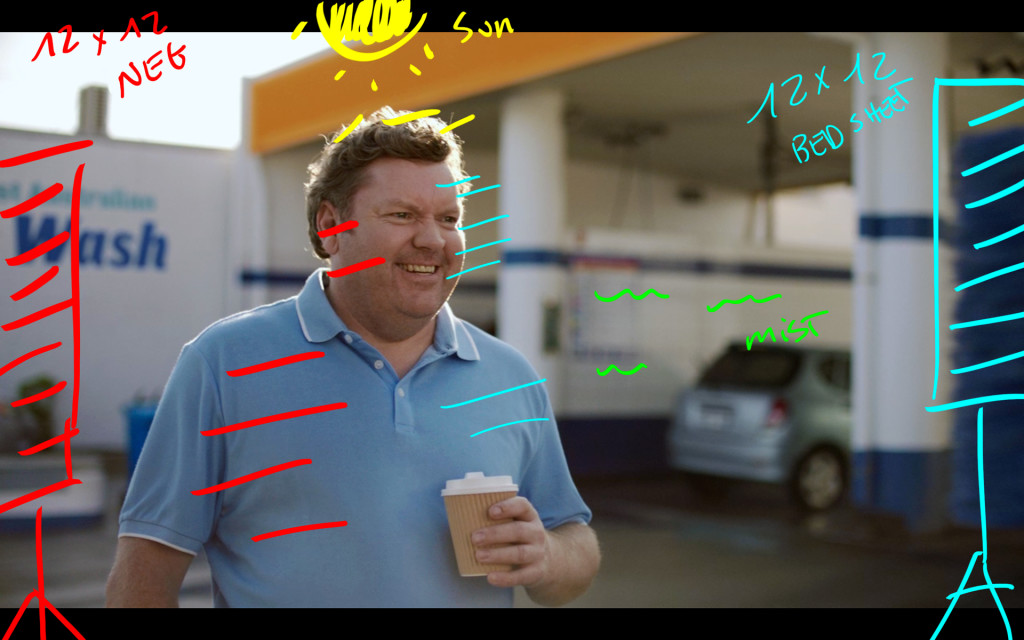 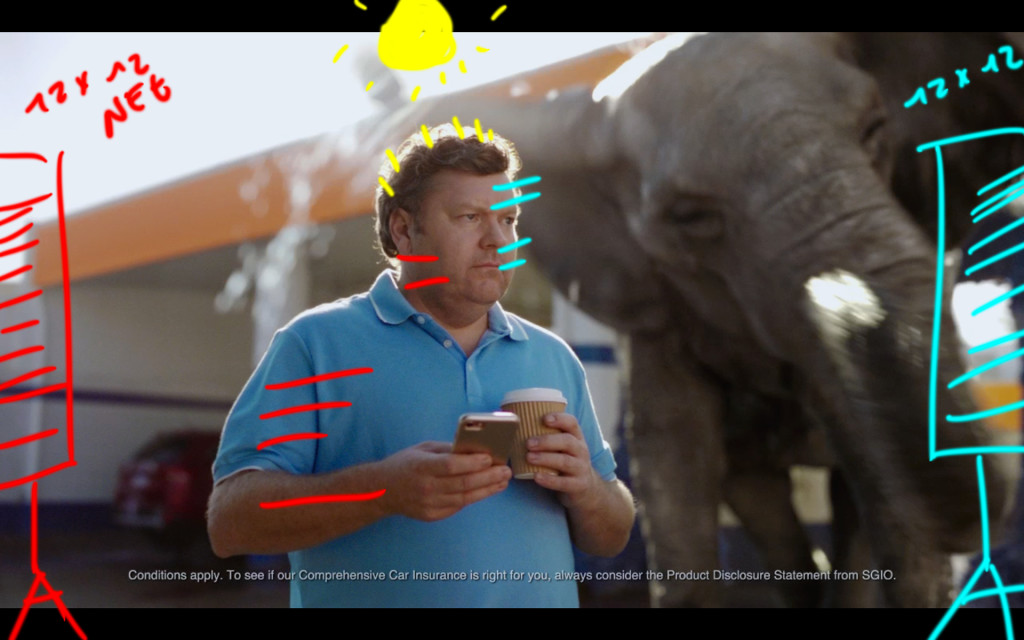 Behind the Scenes – His Angles 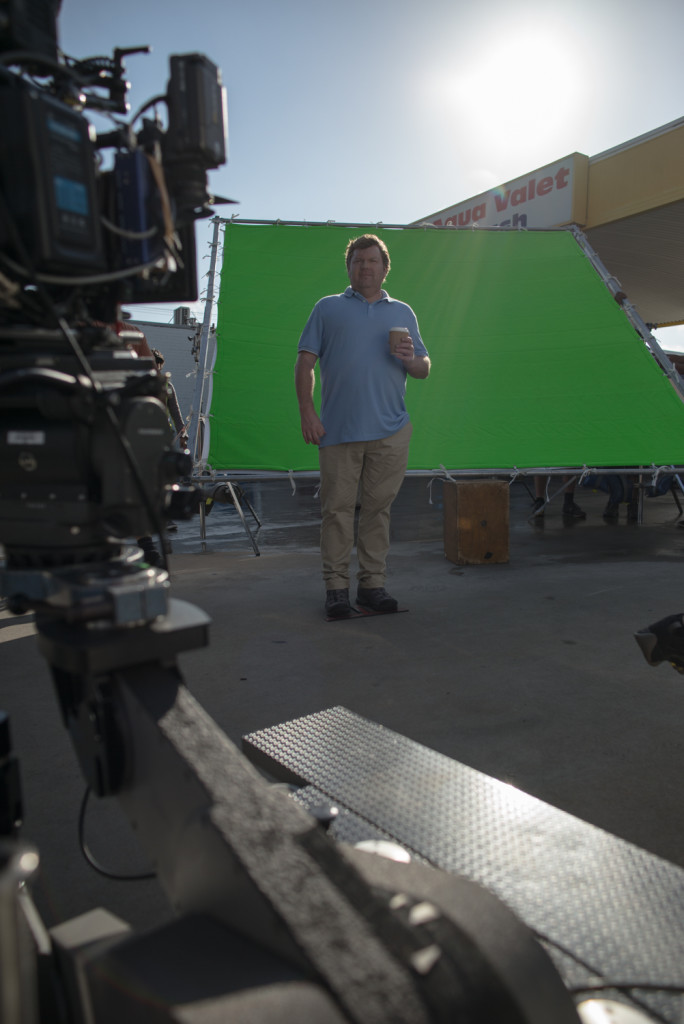 Standing tall in front of the green screen. 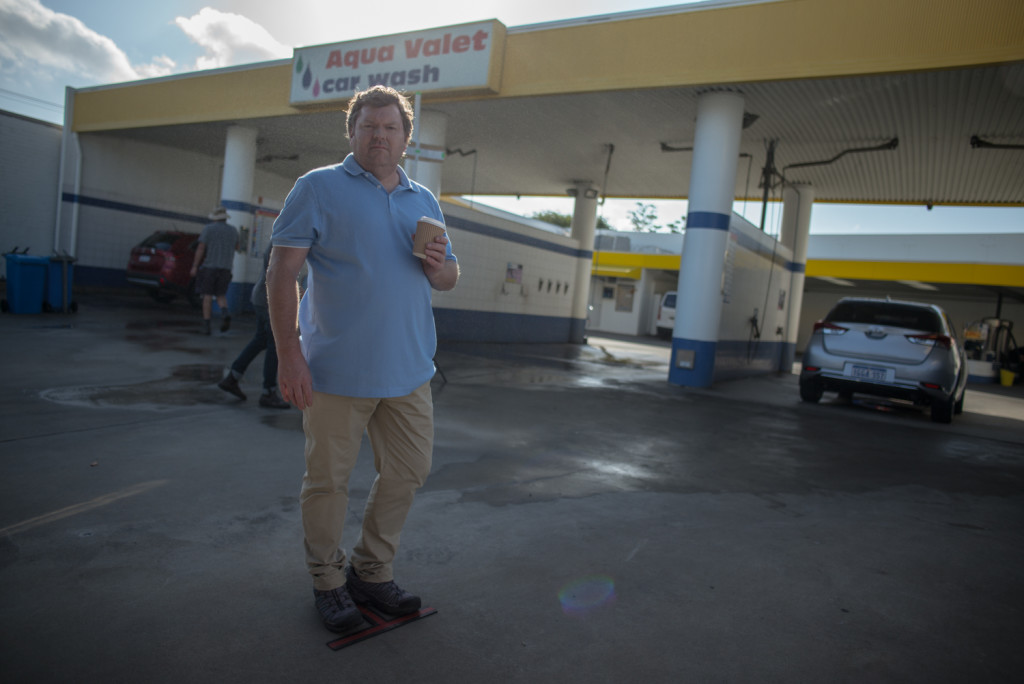 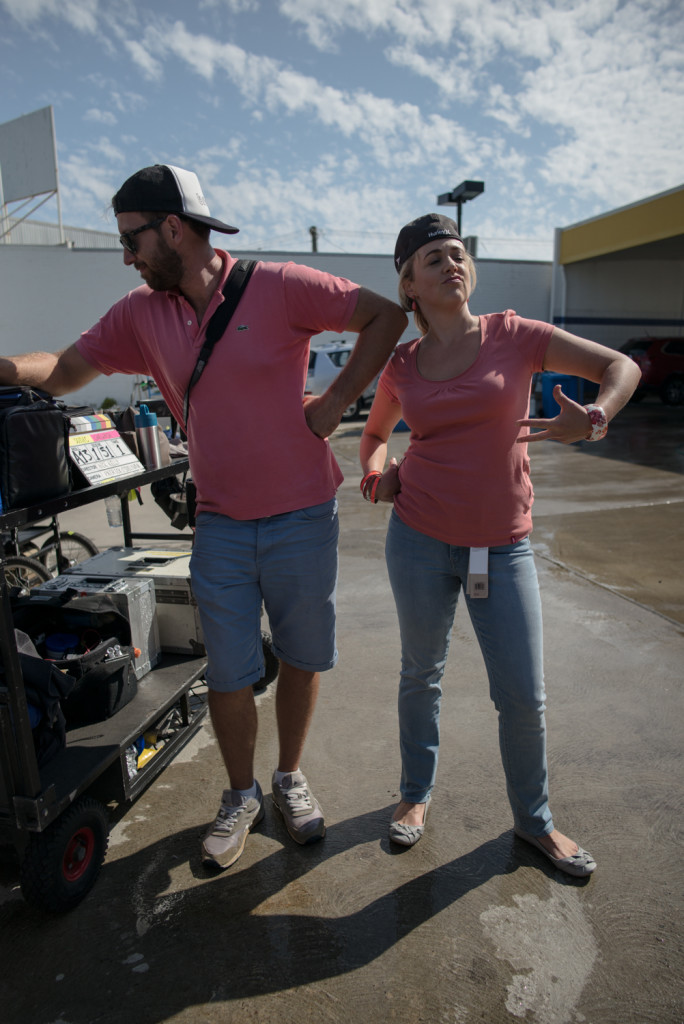 That awkward moment when wardrobe has matched the talent’s costume to the 1stAC. 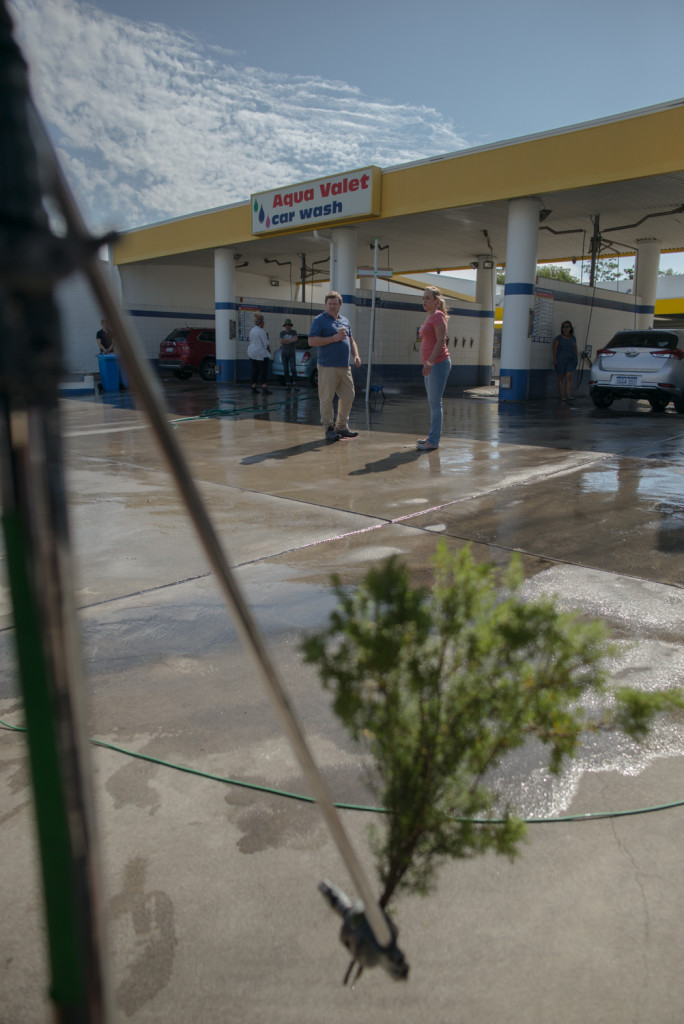 Dingle on a C-stand 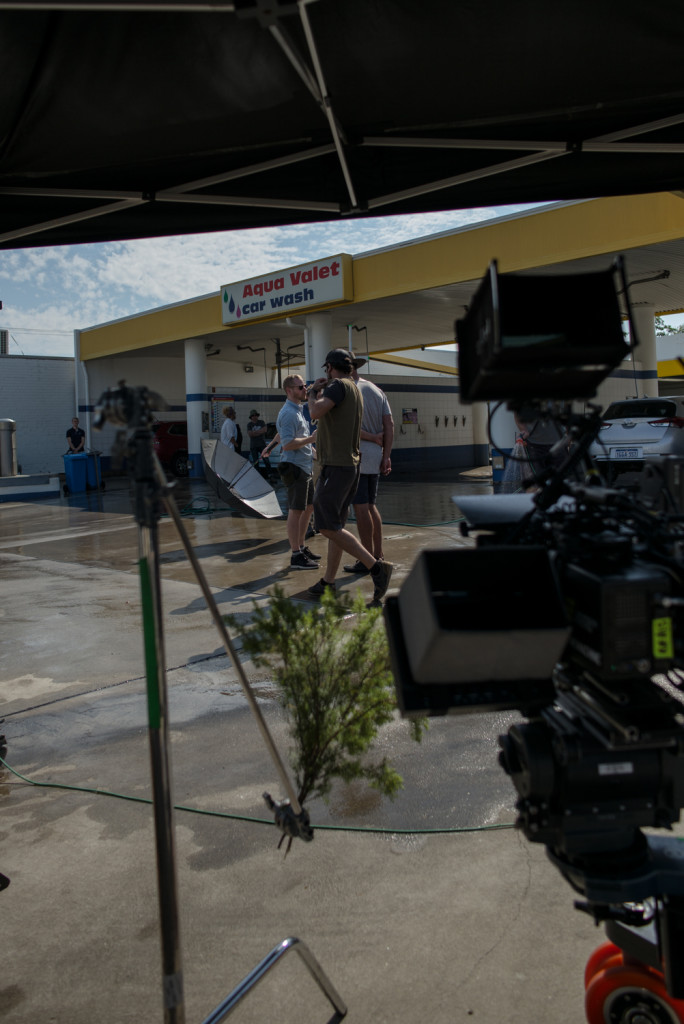 The dual monitored Alexa Mini and Cooke S4 set up with SmallHD and Flanders. 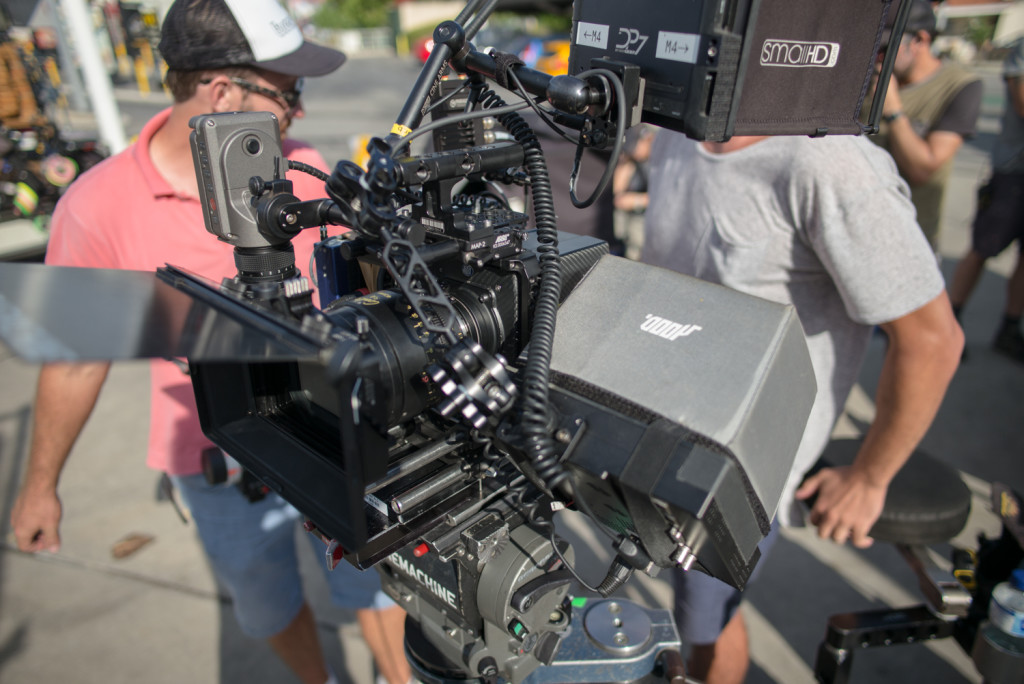 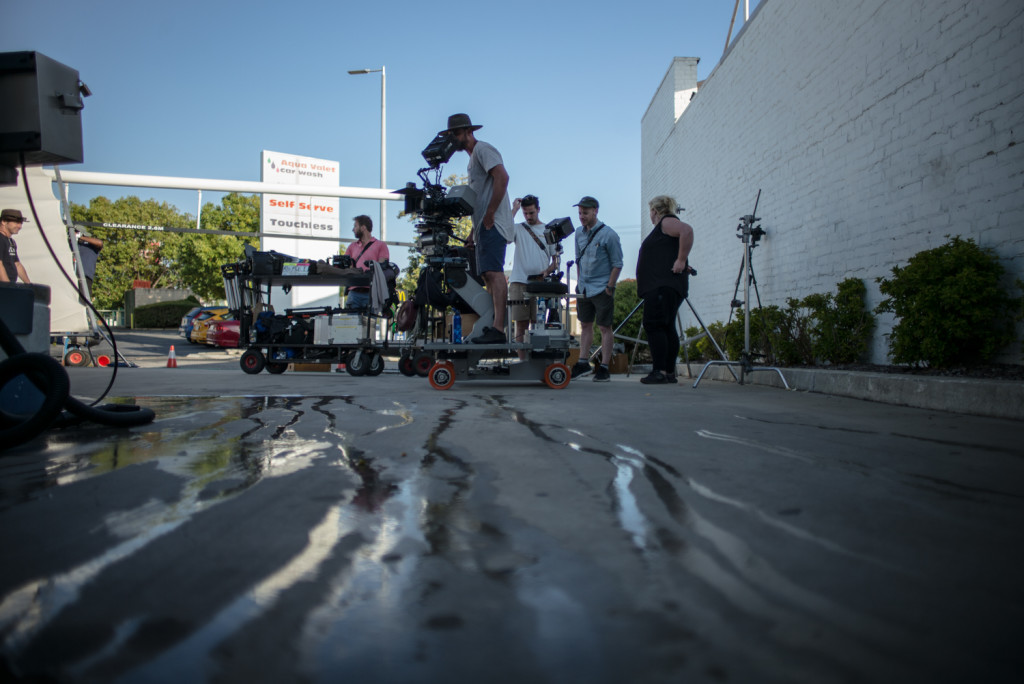 If you enjoyed this breakdown please consider supporting the podcast on Patreon and helping make this show bigger, better, and more frequent.  Every contribution makes a difference!