The Arri Alexa LF and Signature Primes make for a fun combination.  In today's episode we take an extended look at a recent TV spot shot on the Alexa LF and we break down the lighting, the choices behind choosing the LF, and the framing.

It is always fun testing out new gear and even better when you are getting paid to do it.  The Alexa LF is an incredible image capture system and I am looking forward to continuing to use it on jobs in the future.  All of the Full frame cameras make it a very exciting time to be a cinematographer.

Over in feature film land we are officially on to our very last week.  After making our way through the outback we are Sydney bound for the last few pieces of the film.

Be sure to head over to the Patreon site to hear all the latest with the film, listen to the BTS of the day to day activities and more.

For lighting we went all LED except for the two Arri M18 HMI.

Set Up #1 - The Windowless Wide 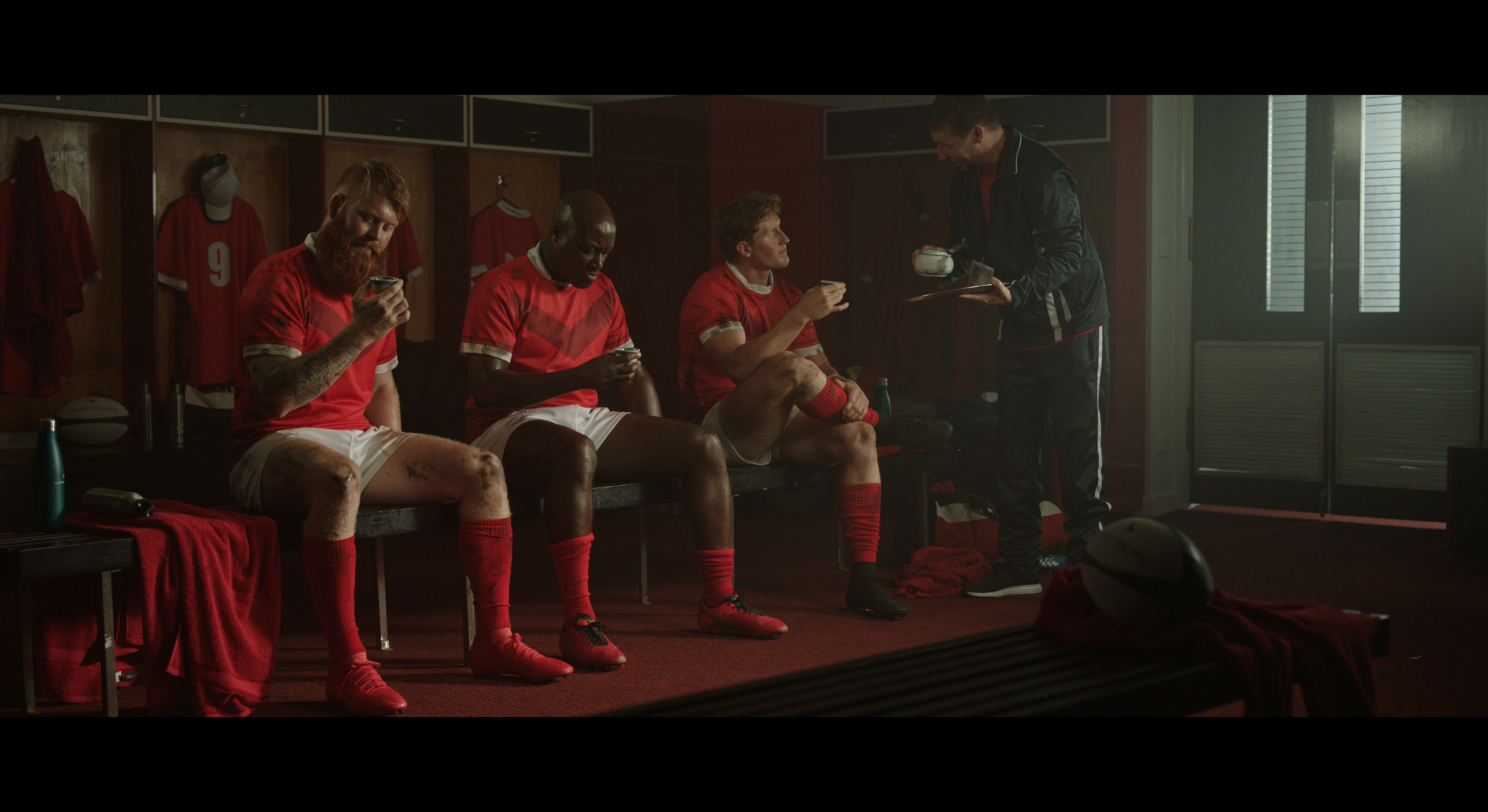 The spot opens on an empty locker room.  Players enter frame right and sit on the bench.

The main issue this entire spot was just how bad the location was from a lighting and production design stand point.  It really had zero going for it but it had to fit in to the schedule and we needed it close to the other two locker rooms we were using the other days.

To get around the low ceiling and lack of a window we boxed an Arri M18 in the camera right corner of the room and aimed it at the floor.

Then we used Kino Celebs of all shapes and sizes to help carry the key were we needed it to go.

We wanted to keep the shape so it was all about selective use of lights and smaller fitxures closer to their intended target. 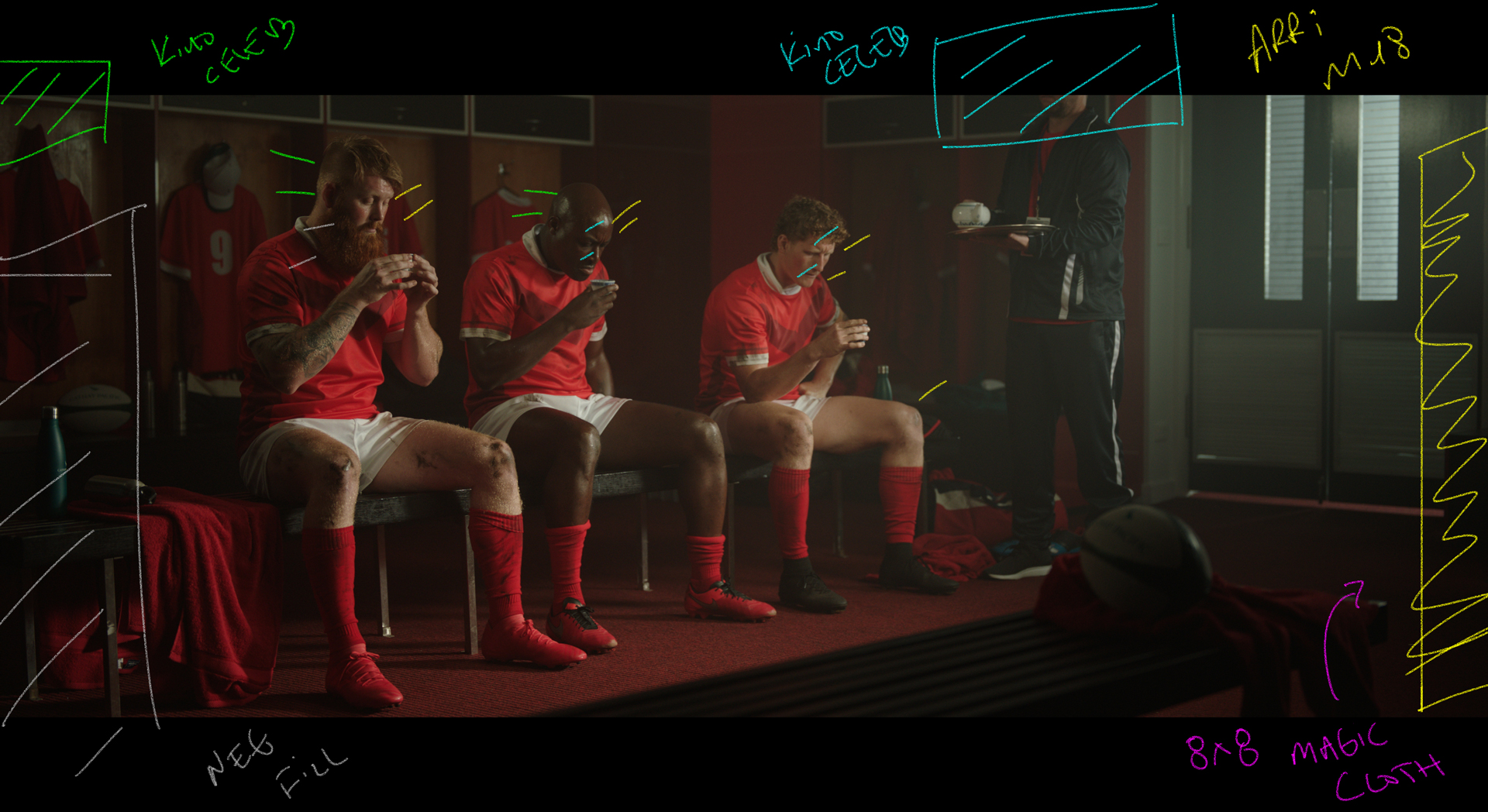 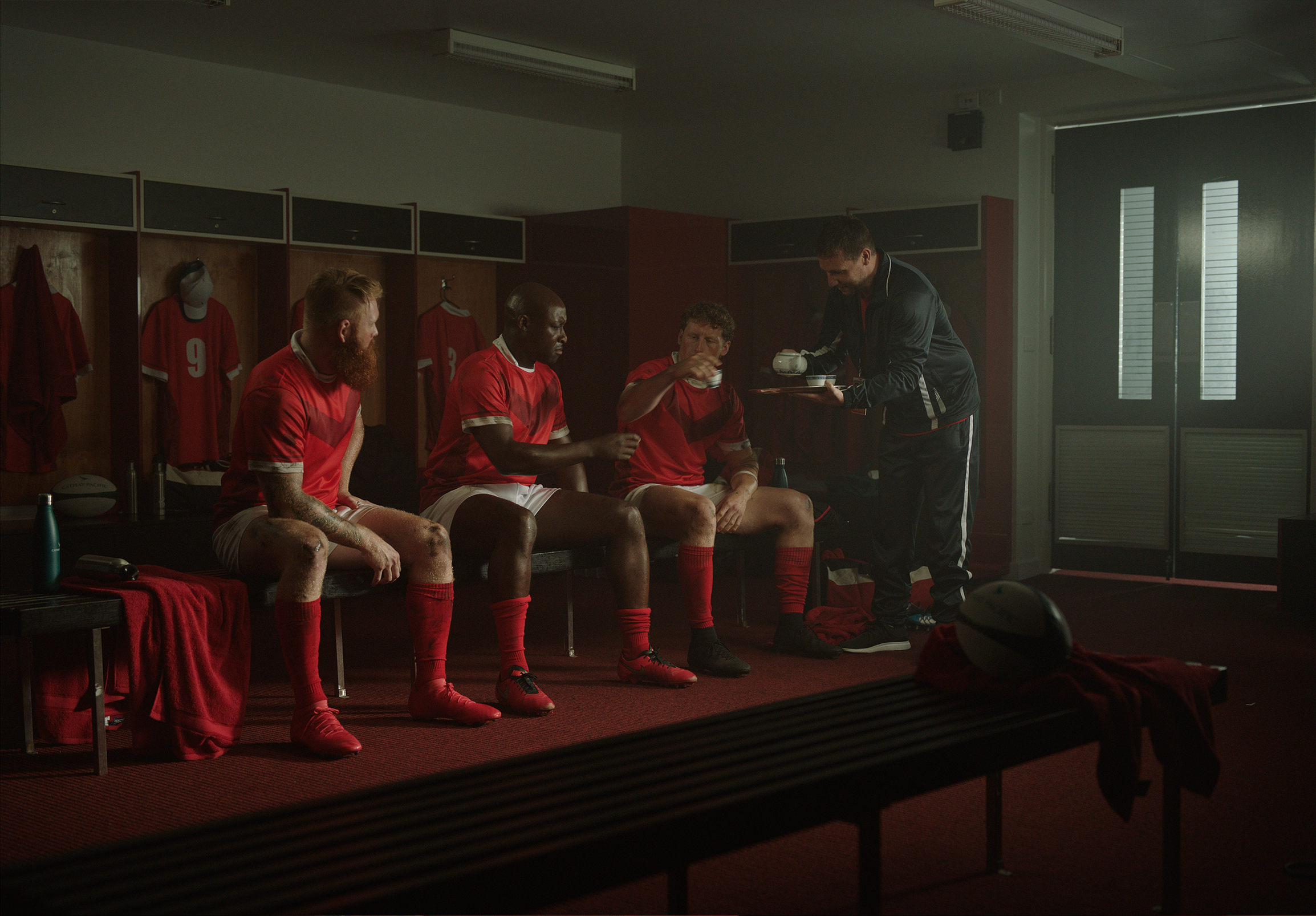 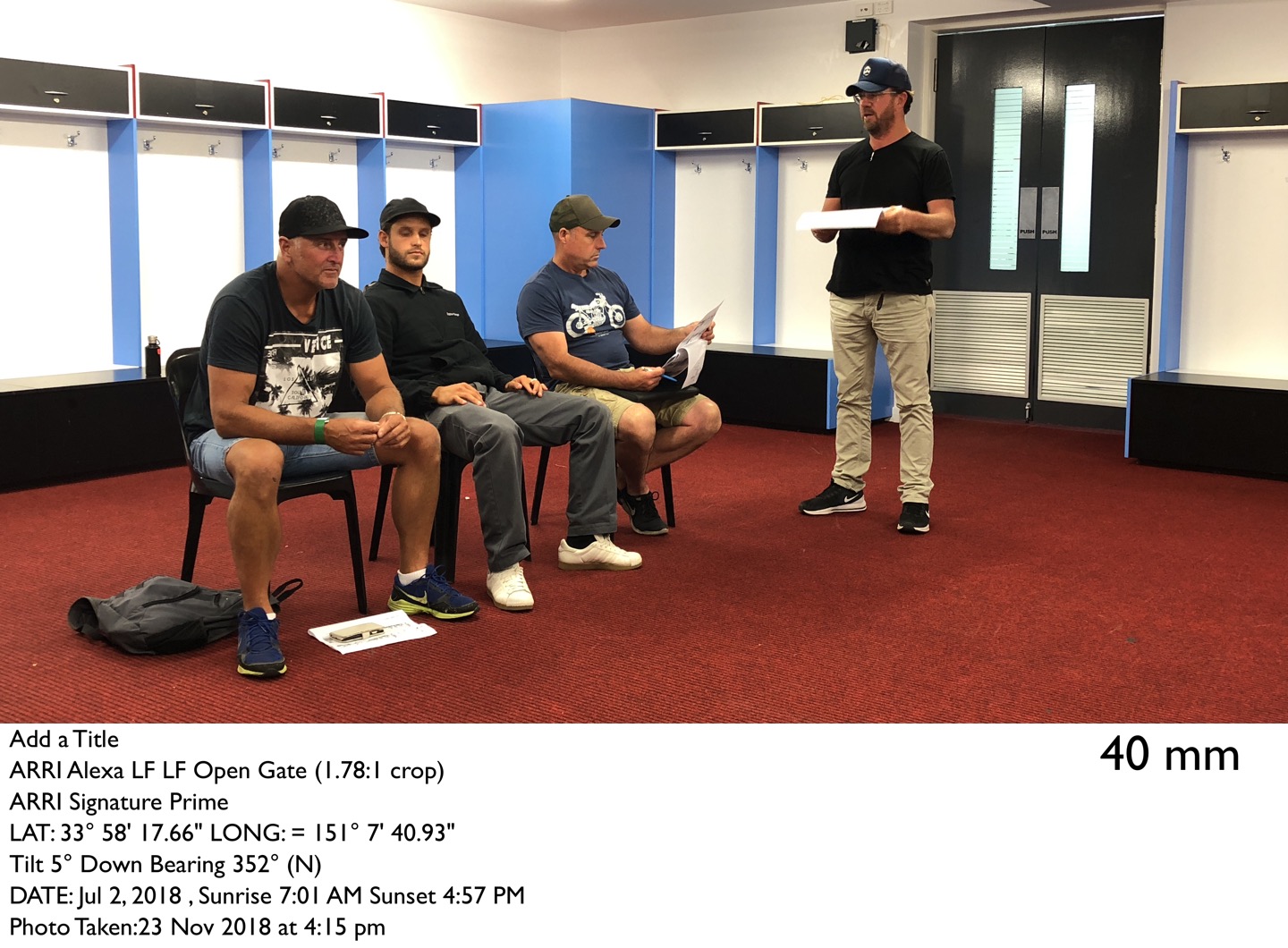 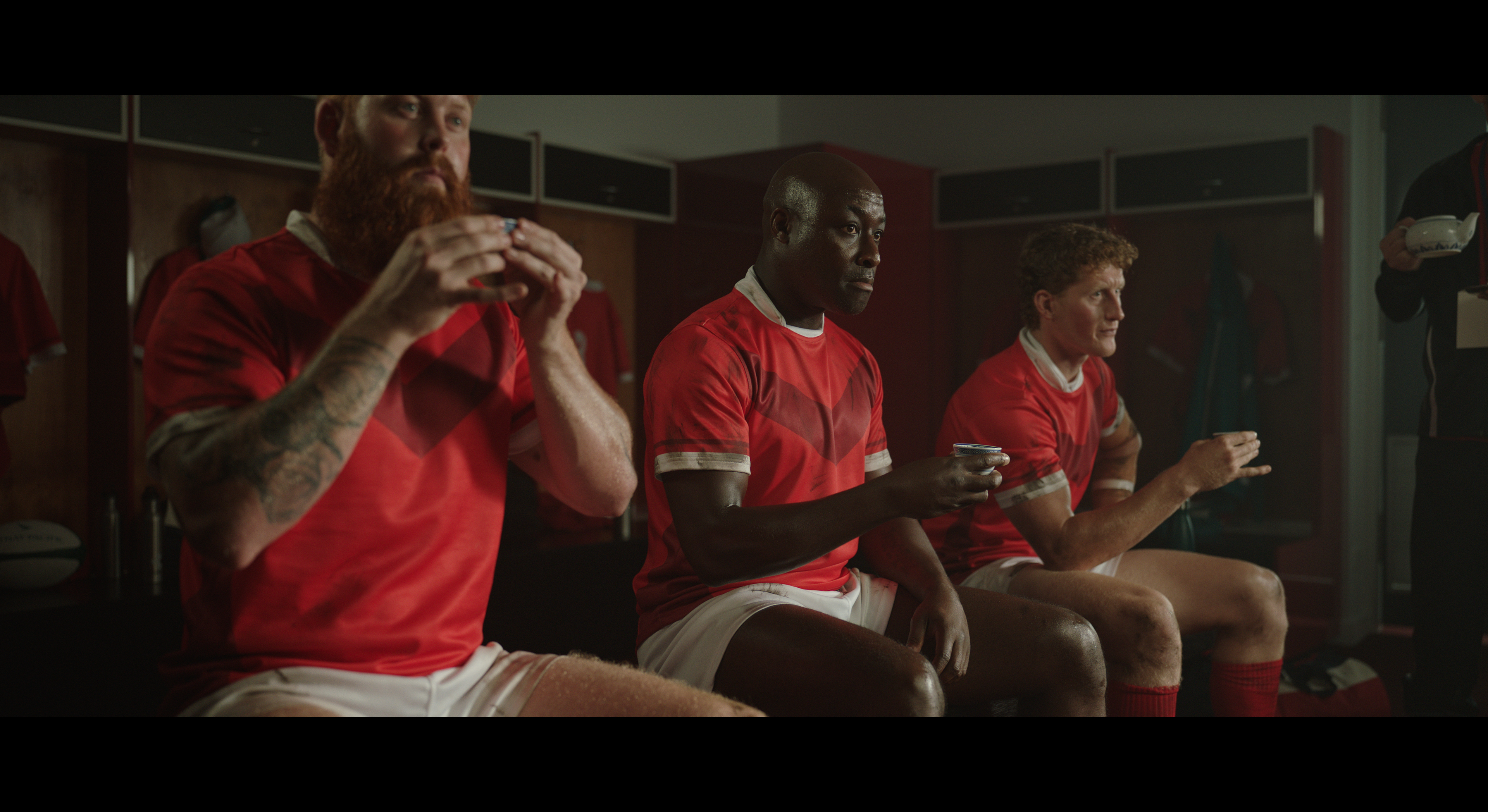 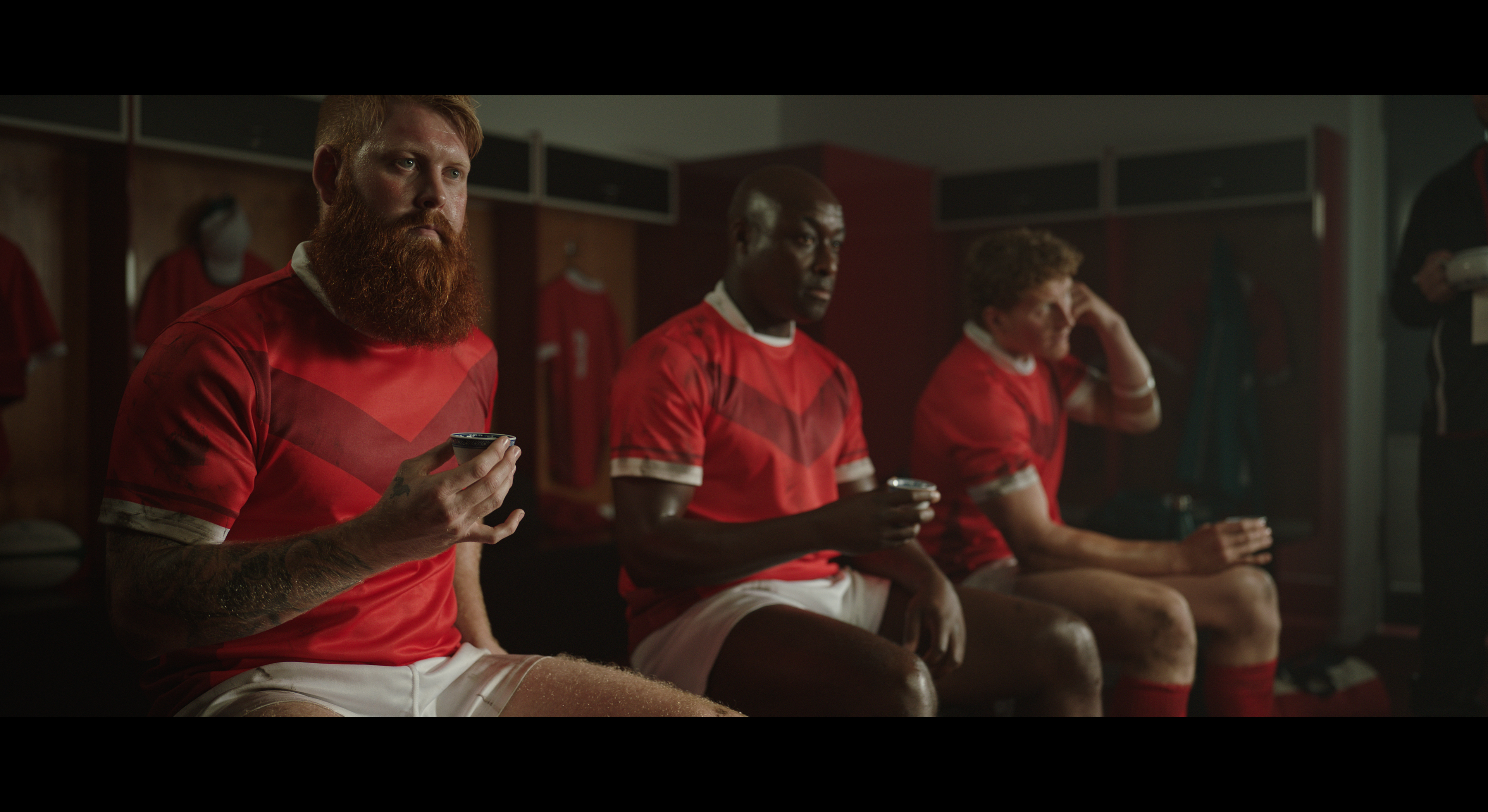 The best part of shooting on the LF apart from the full frame goodness was our ability to reframe after the fact.  In the mid we had a few different takes on who was speaking first and what the action was so the director could then later focus the framing on exactly what version they went with.

The negative of this location quickly became the positive as it was essentially shooting in a studio.  All the lights were ours so we just moved things closer and dialed back level to make it look consistently richer as we went in. 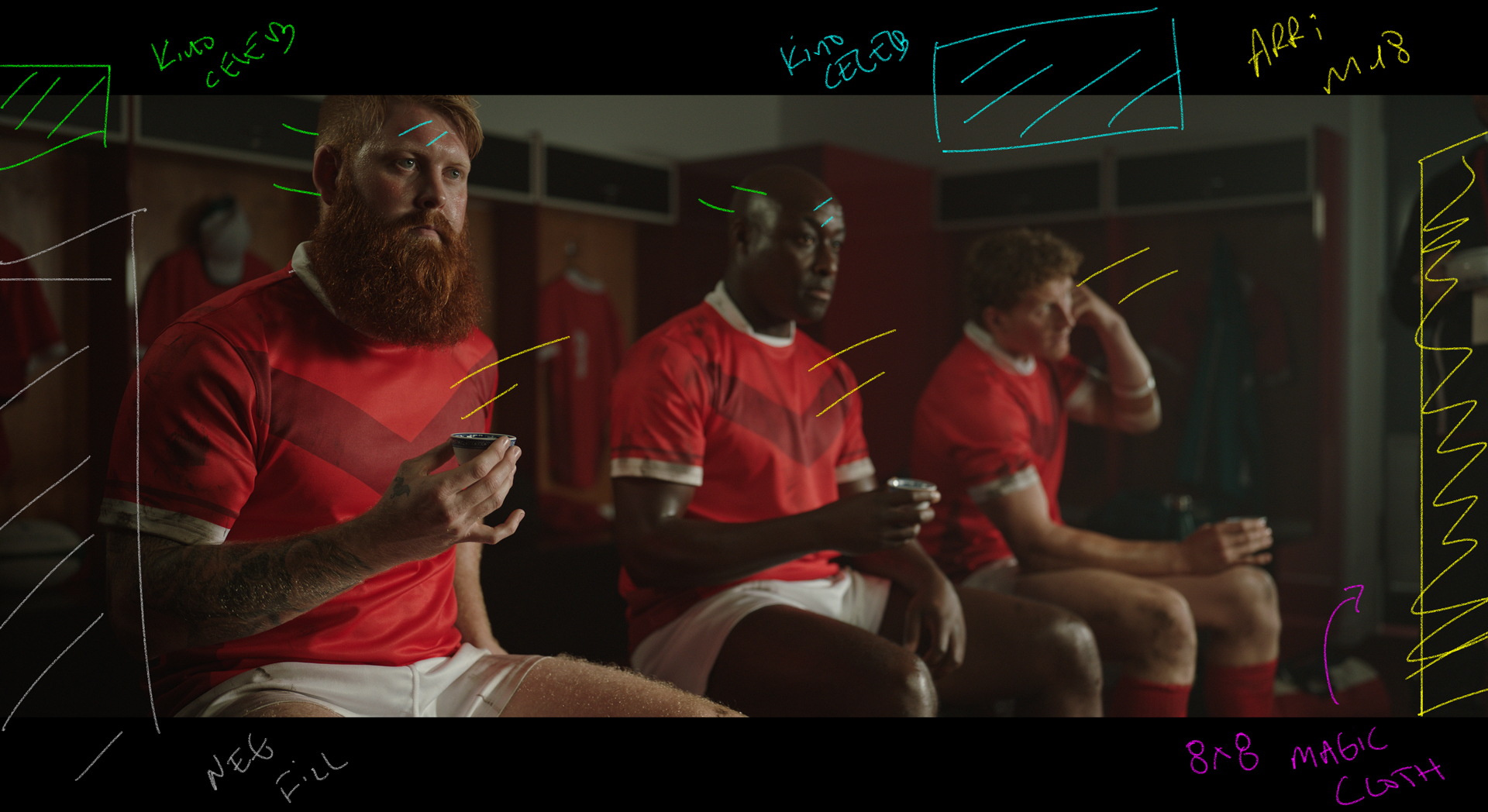 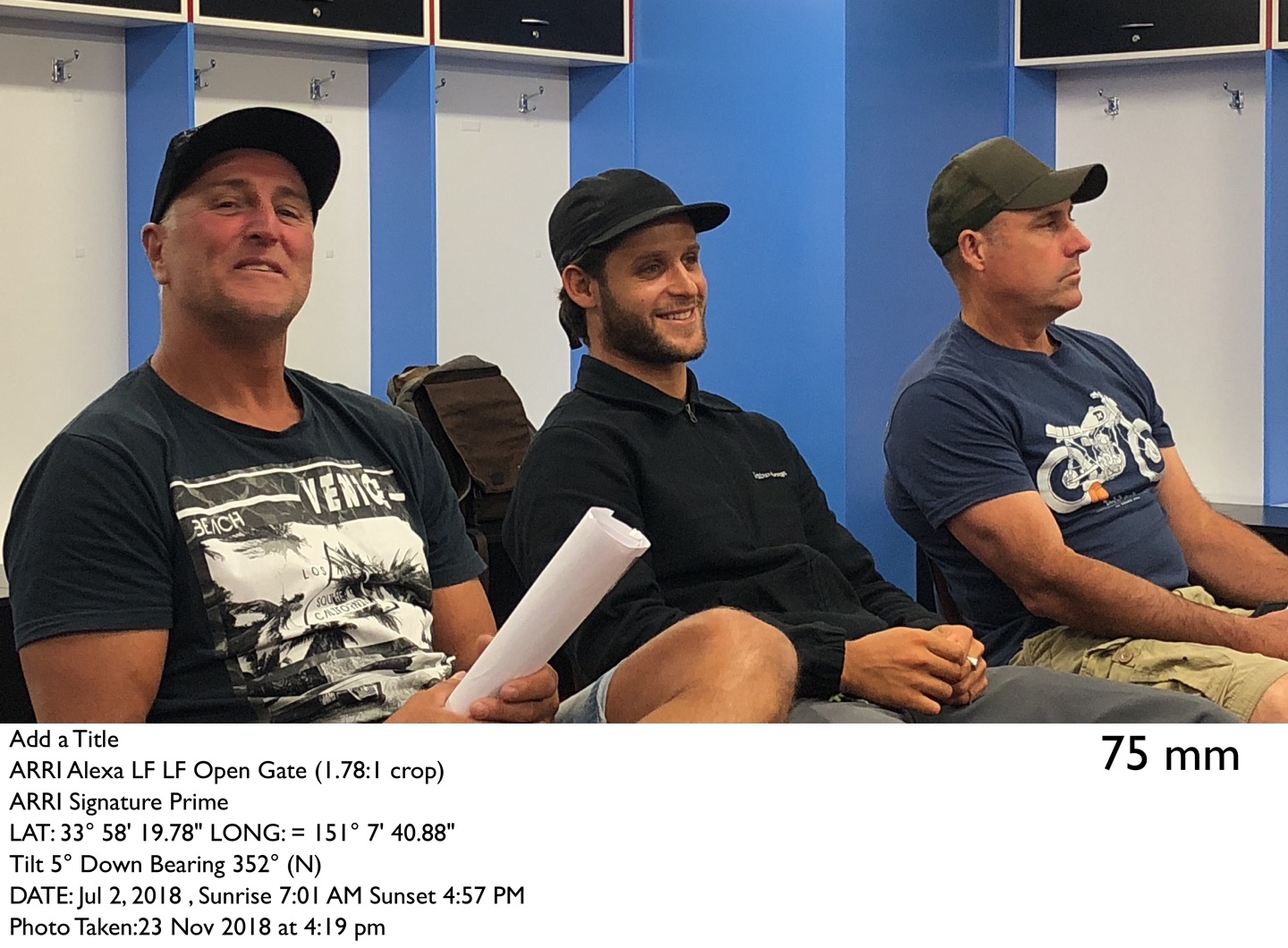 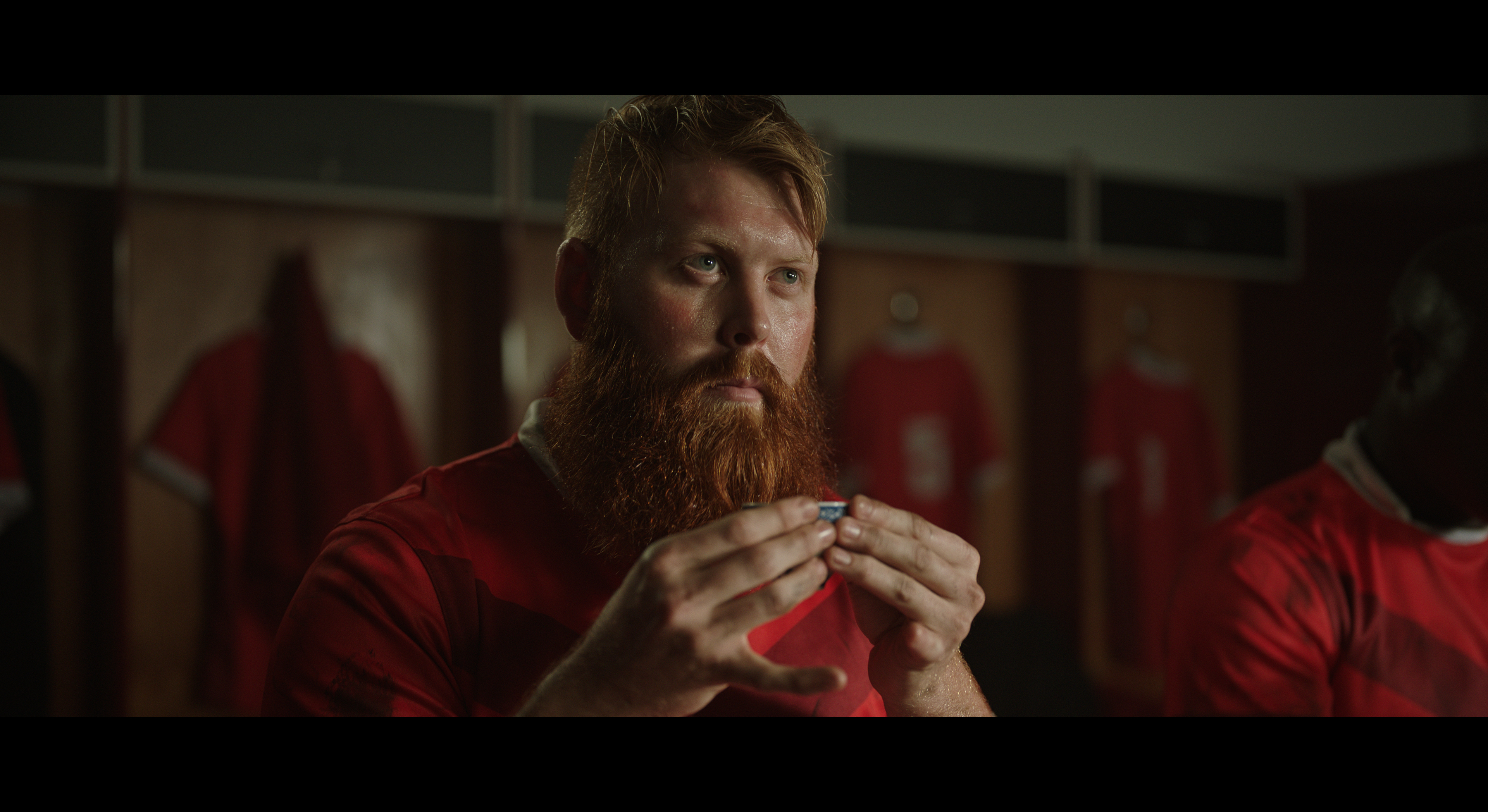 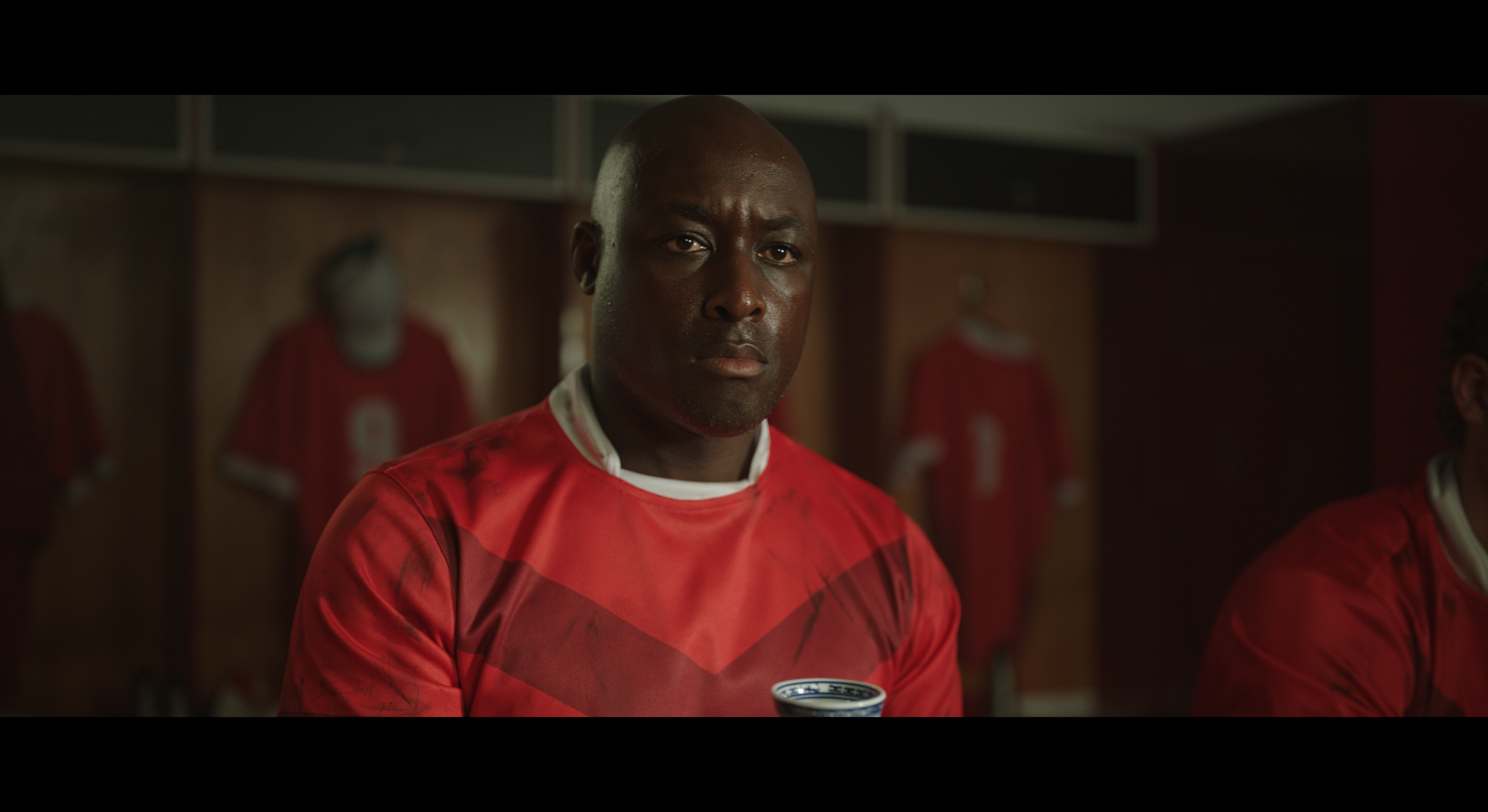 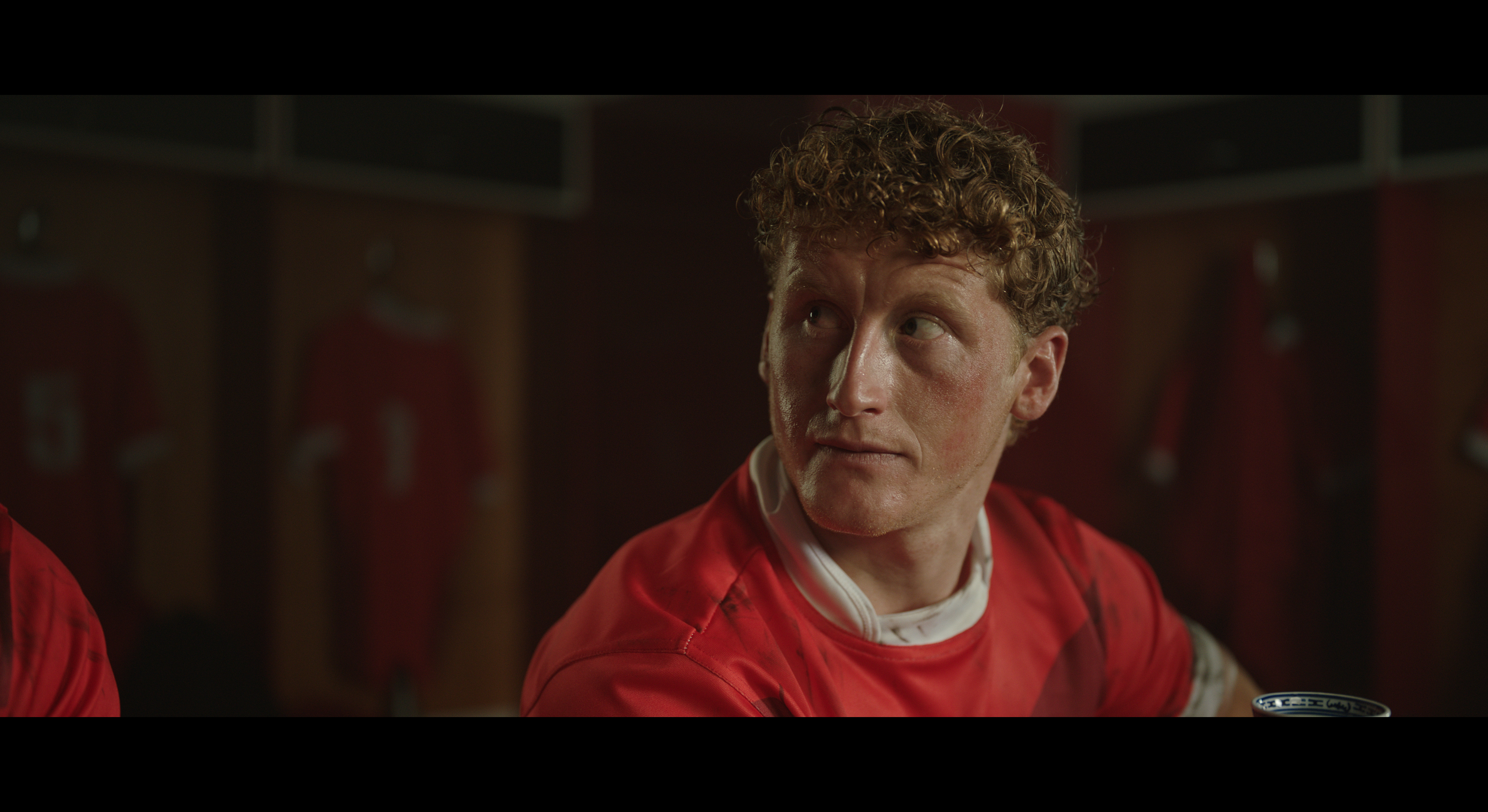 This is where the fun really was with the Alexa LF and Signature Primes.  I actually found it too distracting on the longer lenses to shoot wide open.  It was so sharp and the fall off so crazy that it looked like the people where just floating in a blob of space.

The wide lens in tight really made these shots in the end.  Nothing crazy with the lighting and we followed the same formula of moving the fixtures closer and then reducing level to match the wide.  Not added fixtures just slight adjustments on each player to hone the look. 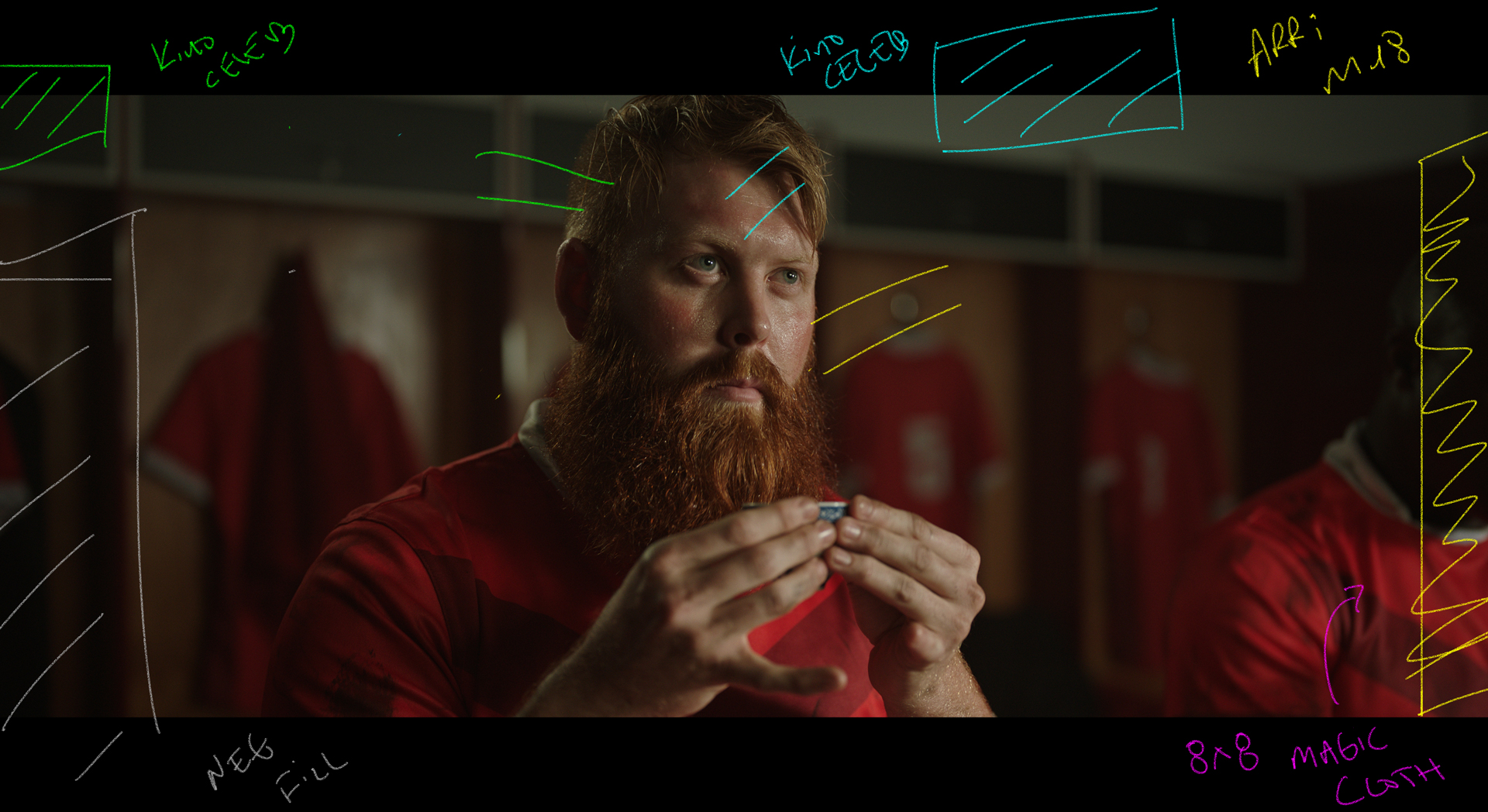 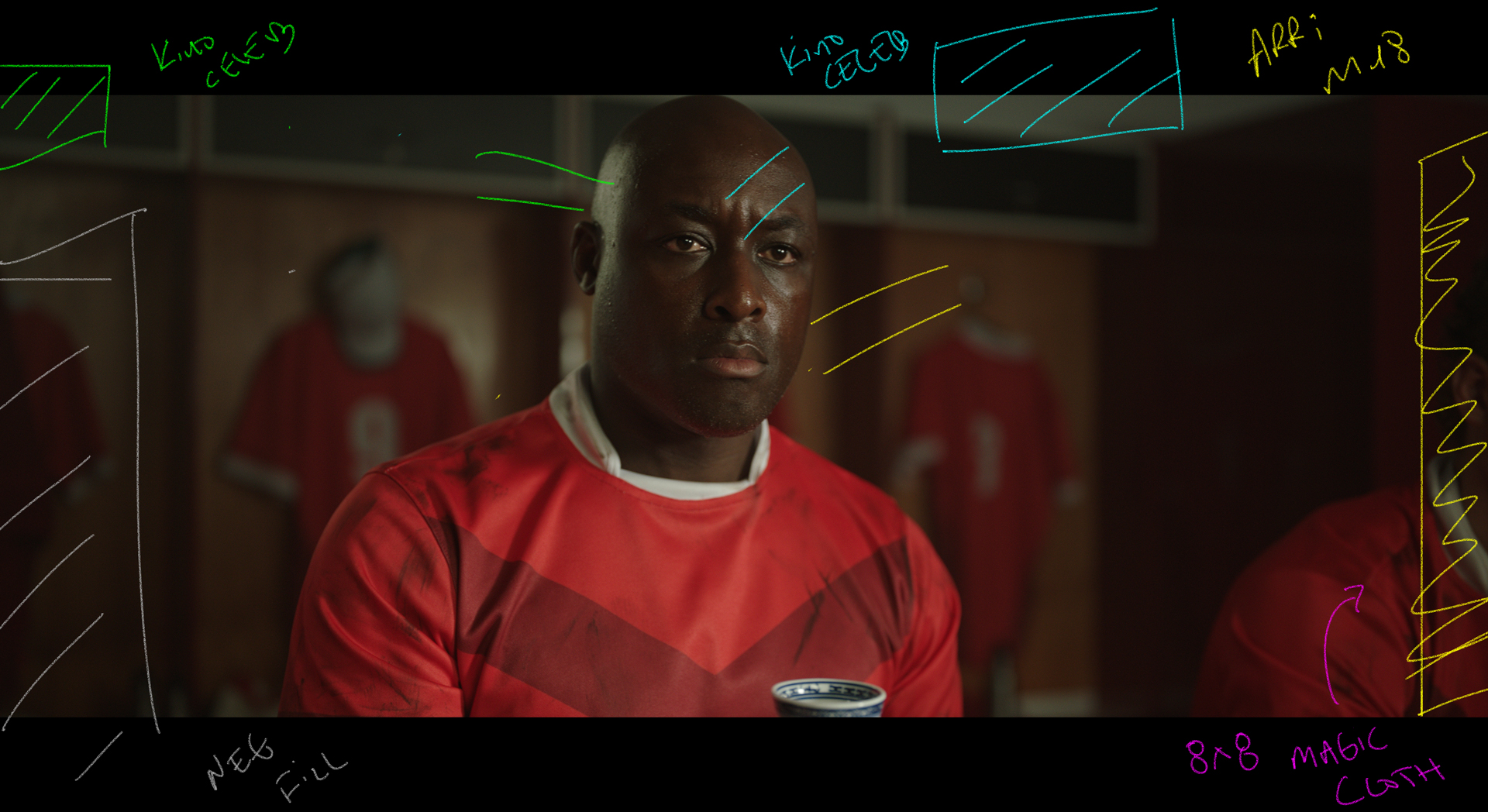 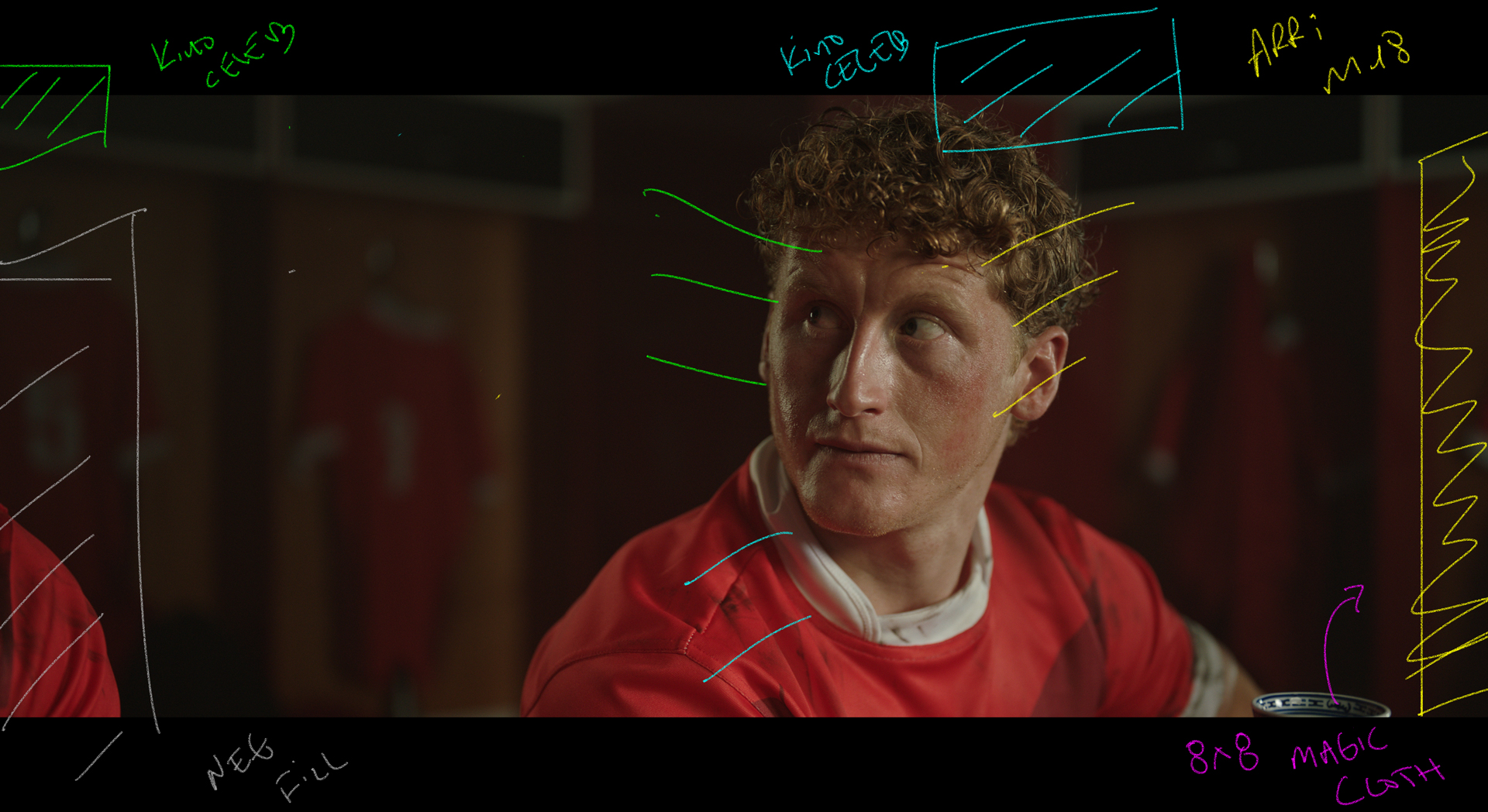 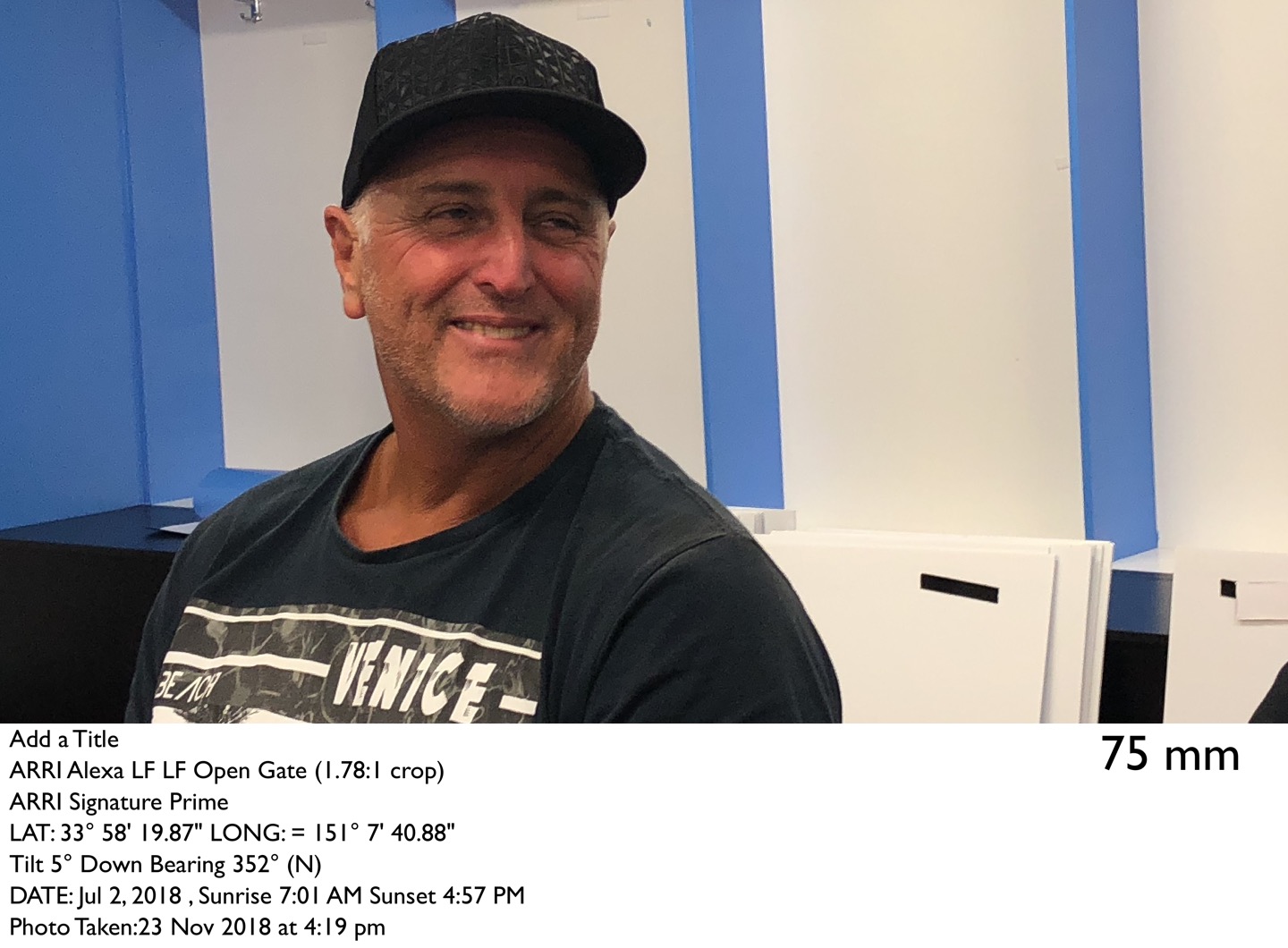 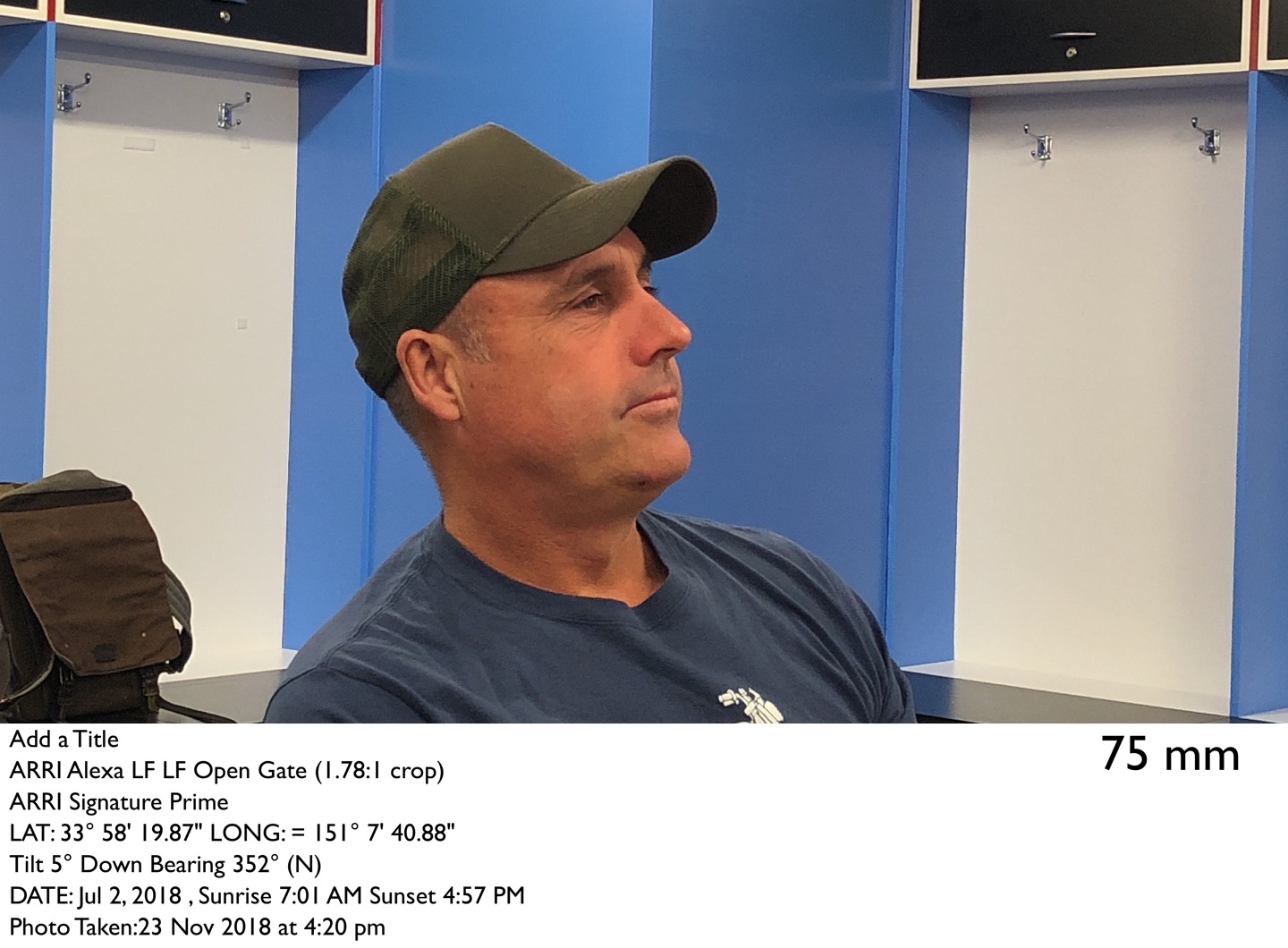 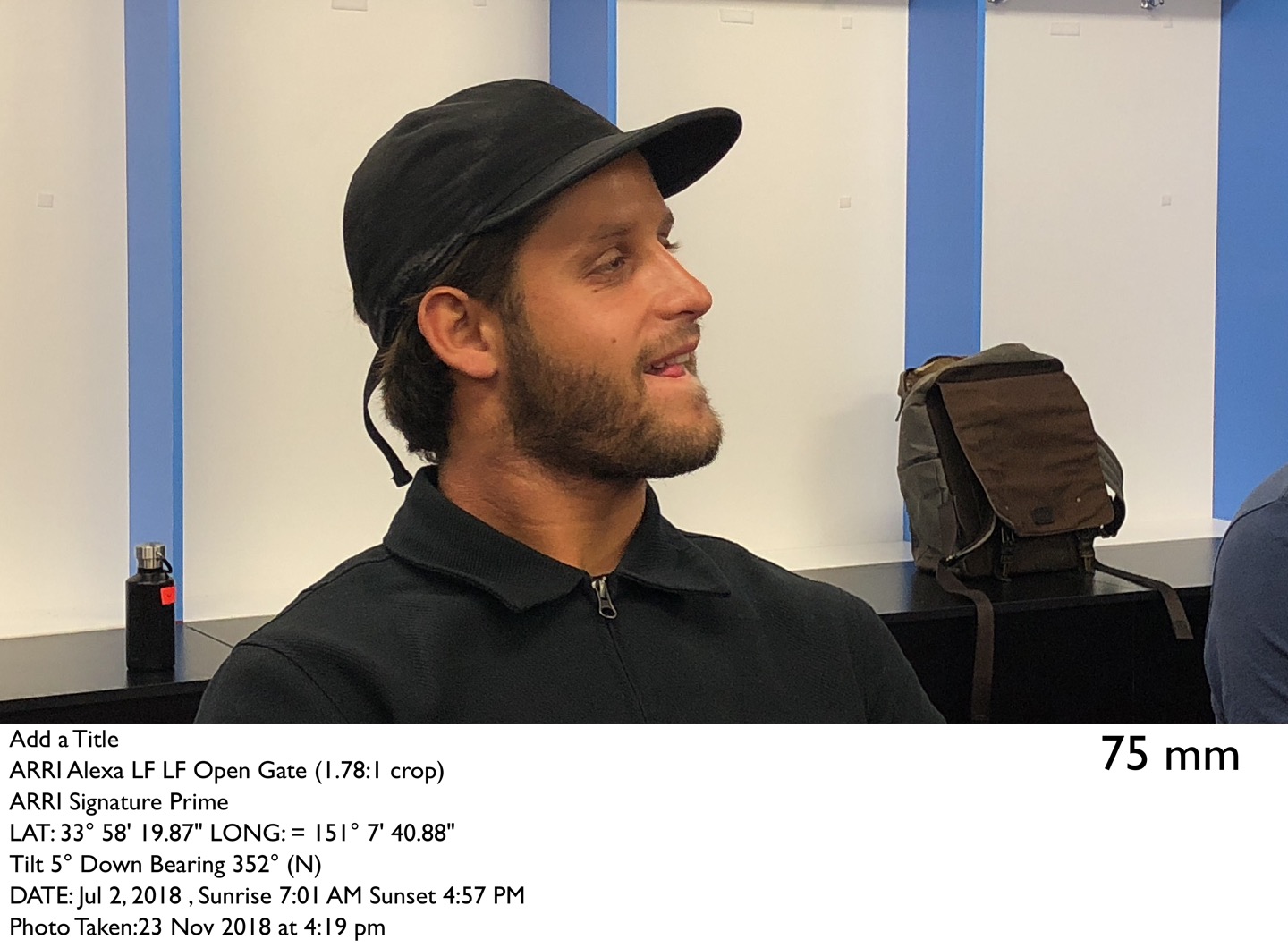 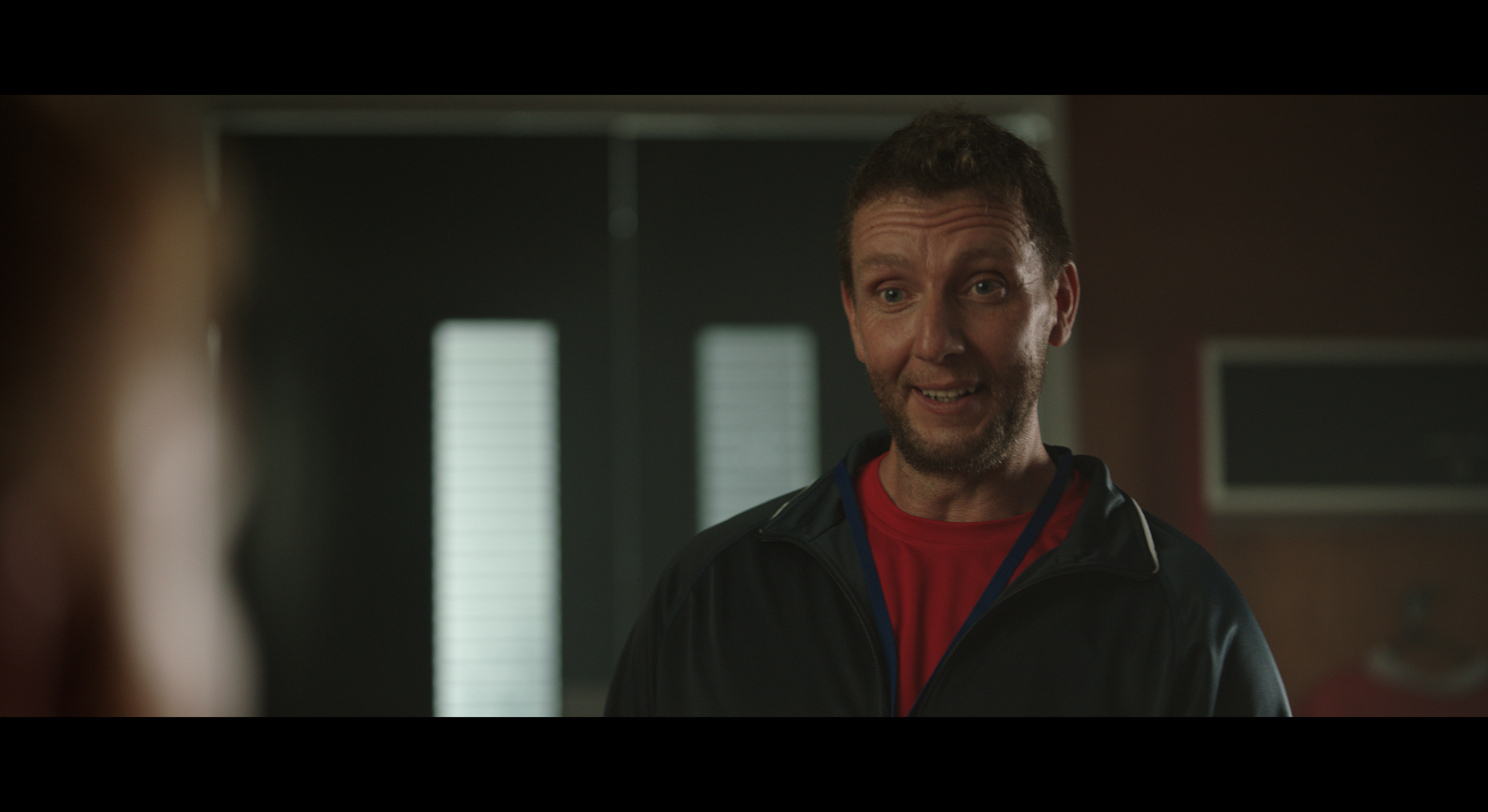 The reverse of all the lighting in the spots so far.  The coach pops in with some tea to offer the players.

This is the angle that requires the biggest cheat.  We could play the angles of the light the same as in the other shots but it wouldn't look great.  We keep the direction but change the output and key lights.  By swapping them with one another we end up with something pleasing to the eye and it isn't a huge stretch in reality either. 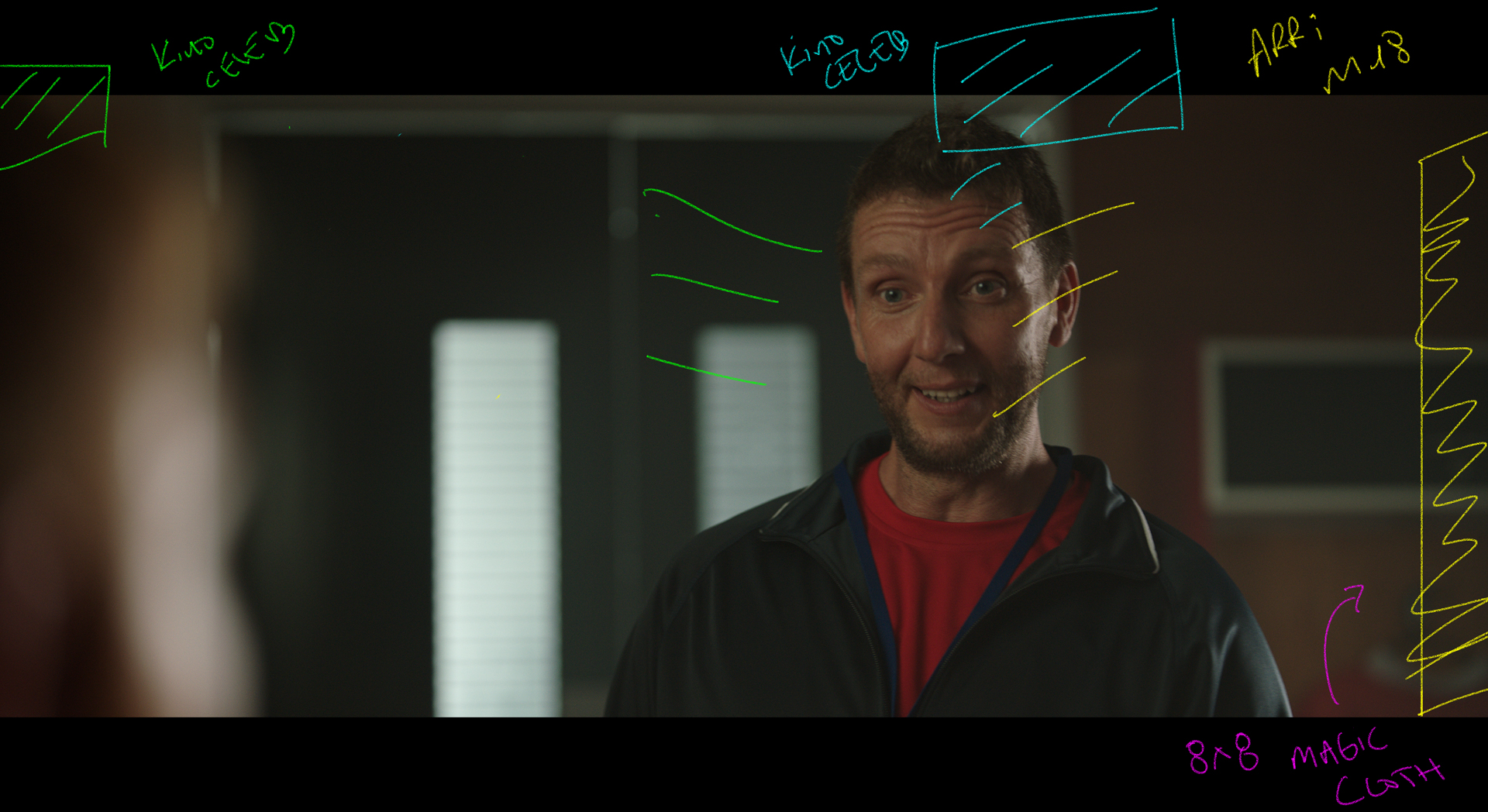