It isn't always rainbows and lollipops on set and in today's breakdown episode we look at the inevitable discussion that every director, dp, and first AD are bound to have during a project, "Which shots can we do during the middle of the day?".

The art of sacrifice is real and it is a delicate dance routine between director and production to decide what has the best chance at saying something and what has less potential.  Never easy but that is why it is fun. 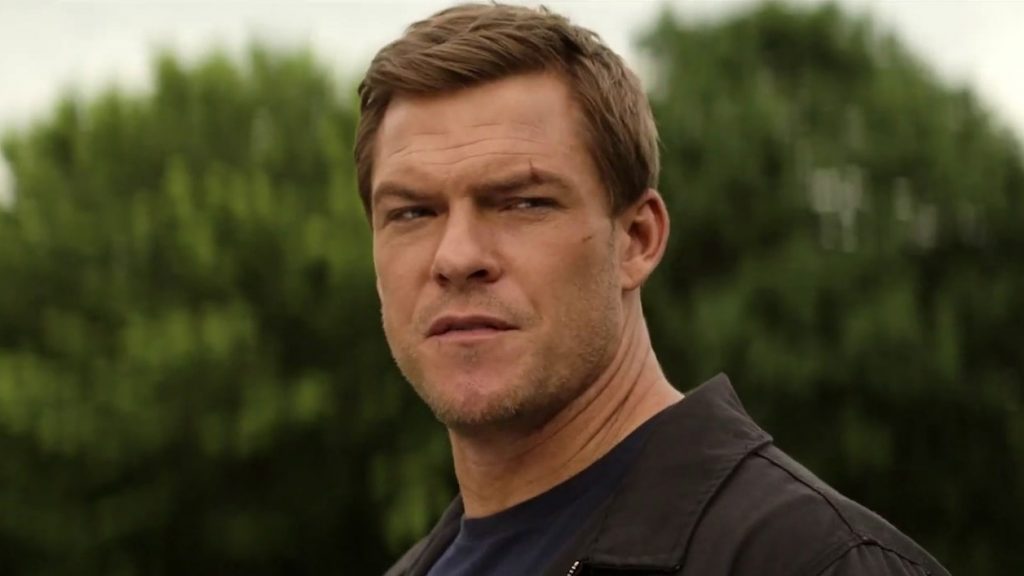 This week for our Patreon Breakdown we are looking at the new series Reacher.  The latest round of series from the big streaming services are pushing the boundaries on a number of different visual levels and we examine how they achieve their looks.

The Art of Sacrifice - The Spot

We shot on the Arri Mini LF paired with Sigma Primes and a Black Pro Mist filter for any amount of non-cleanliness we could get.

It wasn't much but it was better than the alternative.

The Location - One House to Rule Them All

We shot a ton of set ups in this house so it was important it worked for all angles and directions.  It didn't really tick any one box in particular but it had enough variety, was large enough, and was willing to have a film crew in it for 12 hours so our job as to make it work. 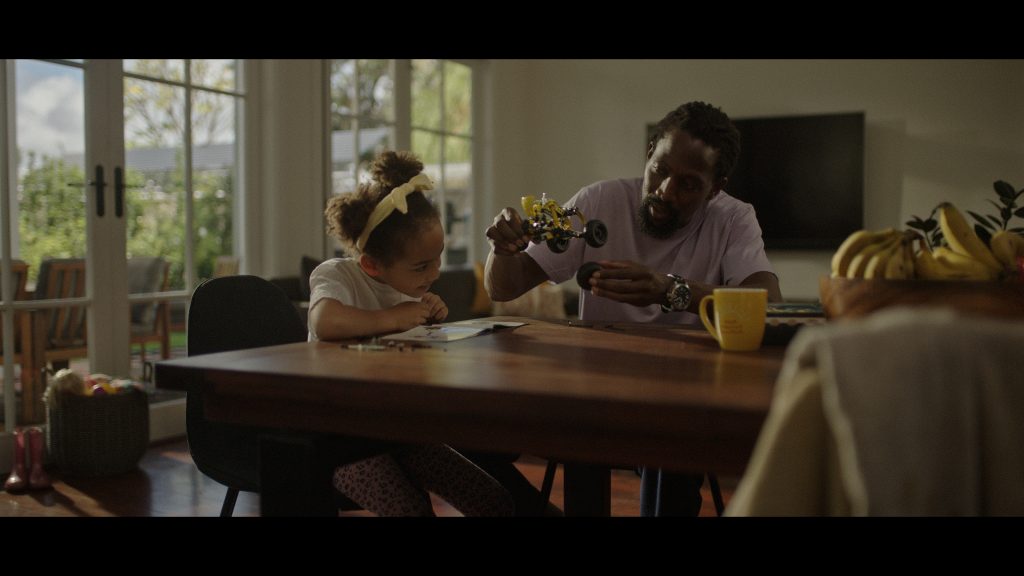 Father and Daughter sit at the living room table making a toy car.

We knew the lighting was going to have to be generic enough to work for all the of the set ups throughout the day so we kept it very simple.

An Arri M90 outside for a bit of kick coupled with Arri M40s near the talent window and then inside we have a Creamsource Cortex camera left through a 6x6 diffusion and another Vortex frame right to add some fill to the girl. 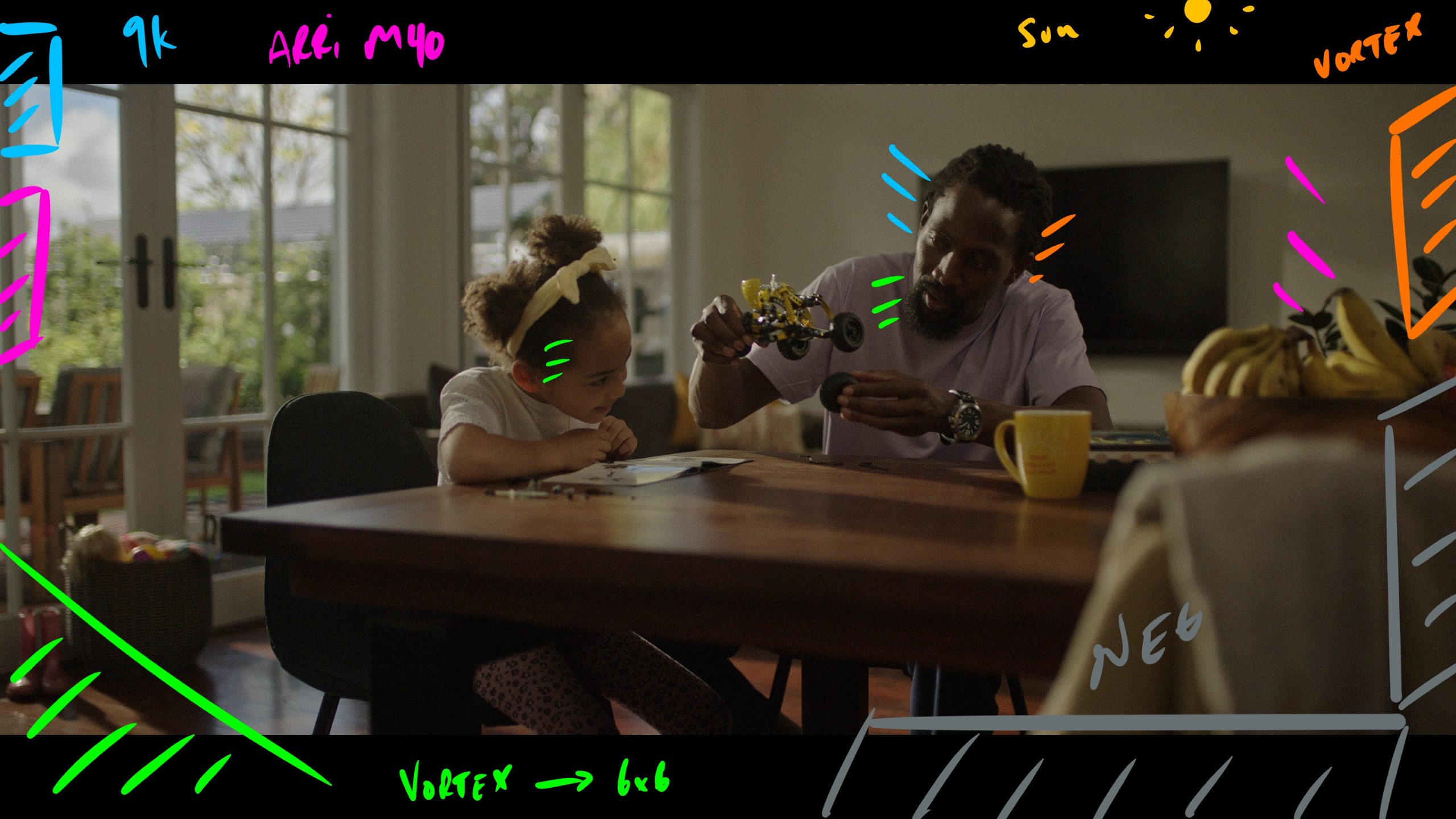 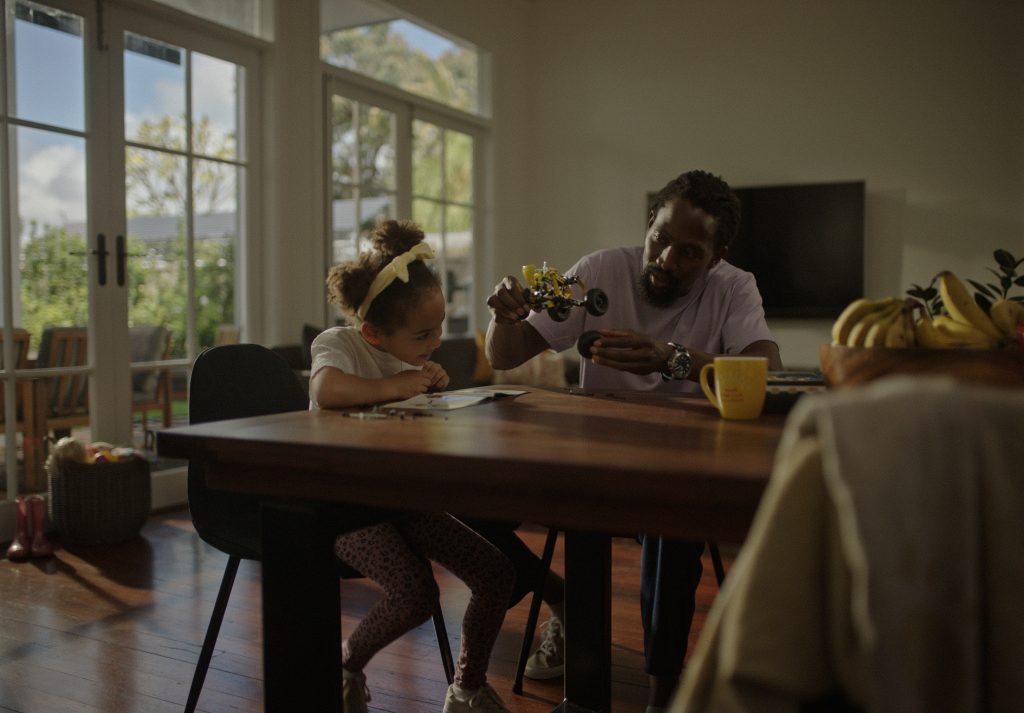 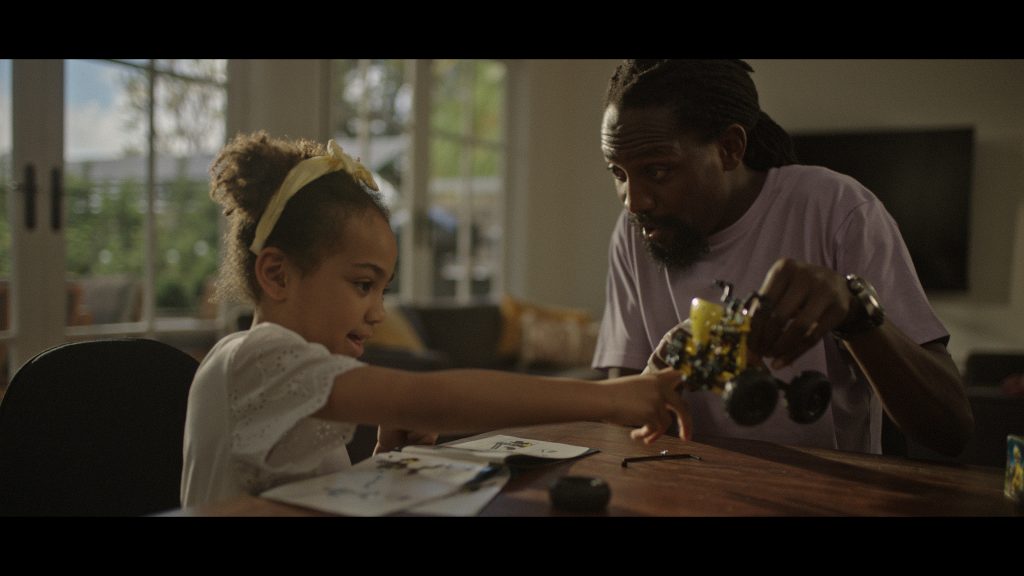 A Push in and a lens change from the previous set up. 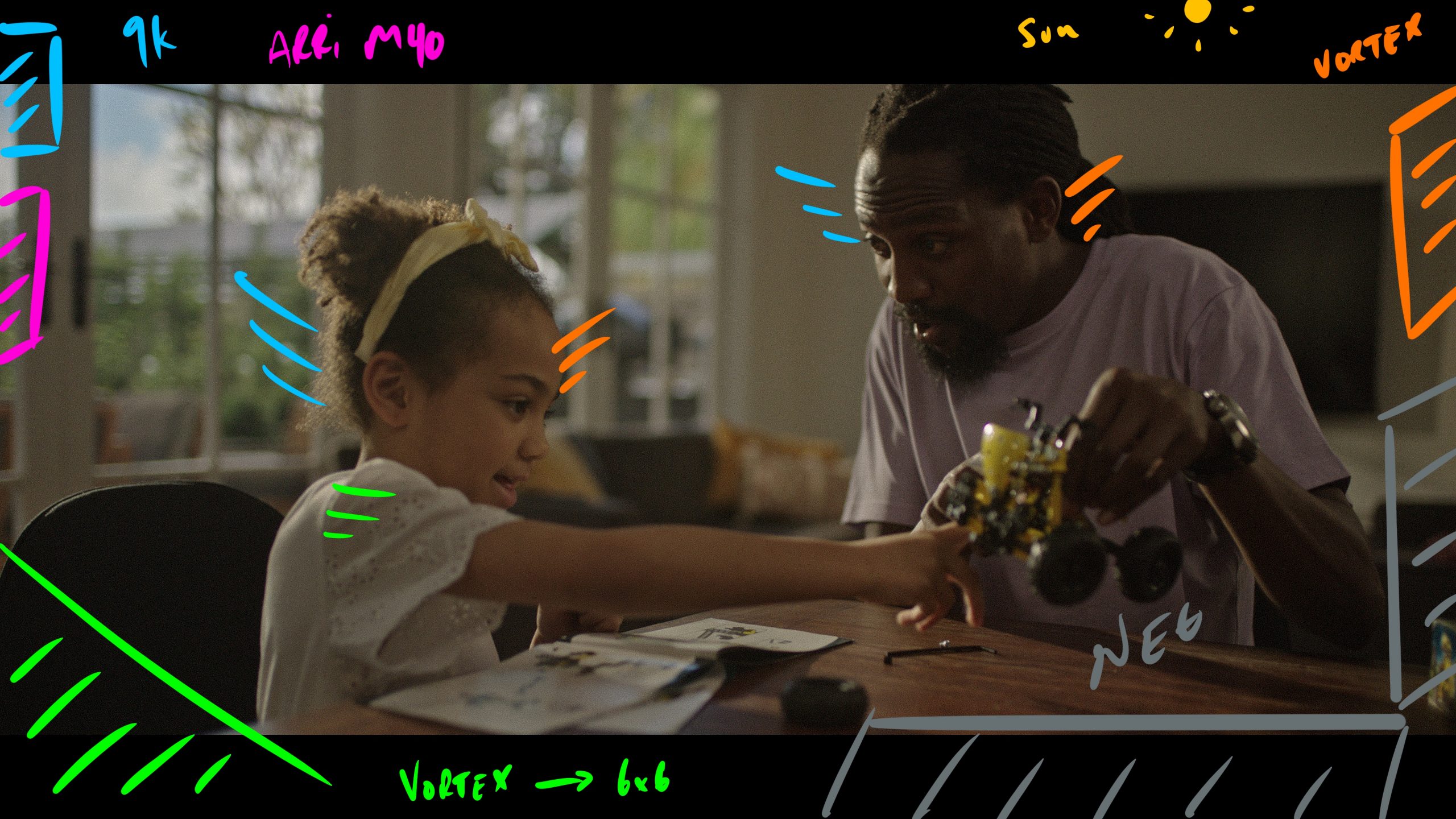 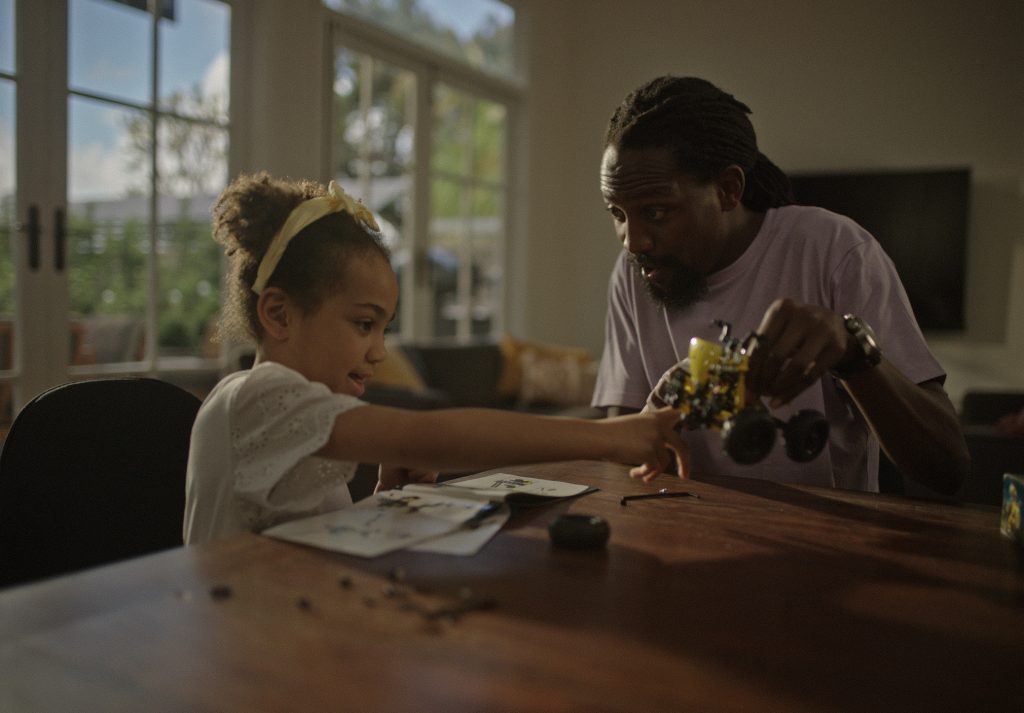 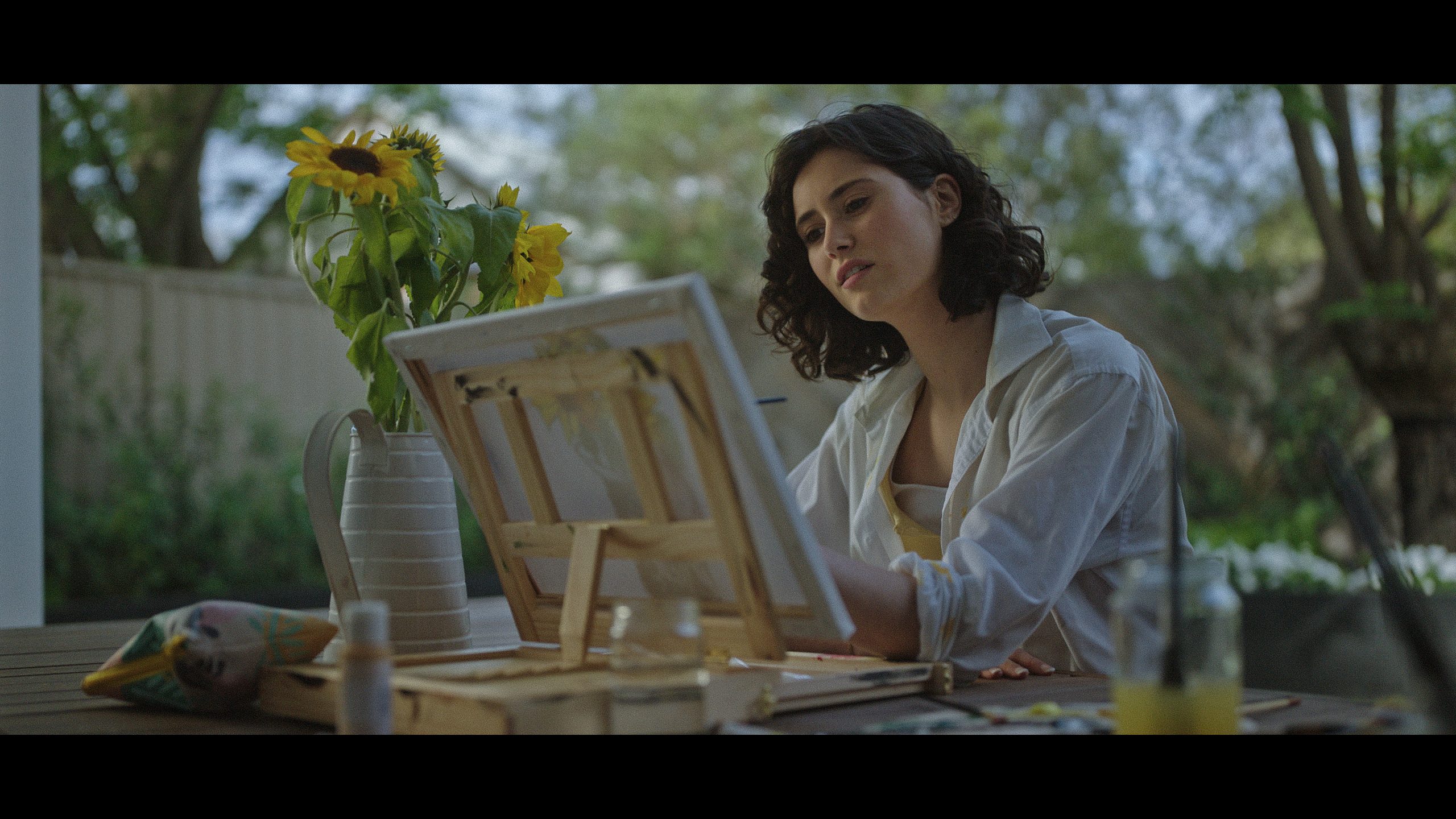 This was a one off shot for one of the 6 second ads and it was a simple push in on the easy rig as our talent put the finishing touches on her painting.

We swung the 9k around camera left and then added some Neg camera right to help contain some of the ambient light.  The level was dropping fairly quickly at this point so it became a balancing act of taking heat out the M90 while still getting some contrast in. 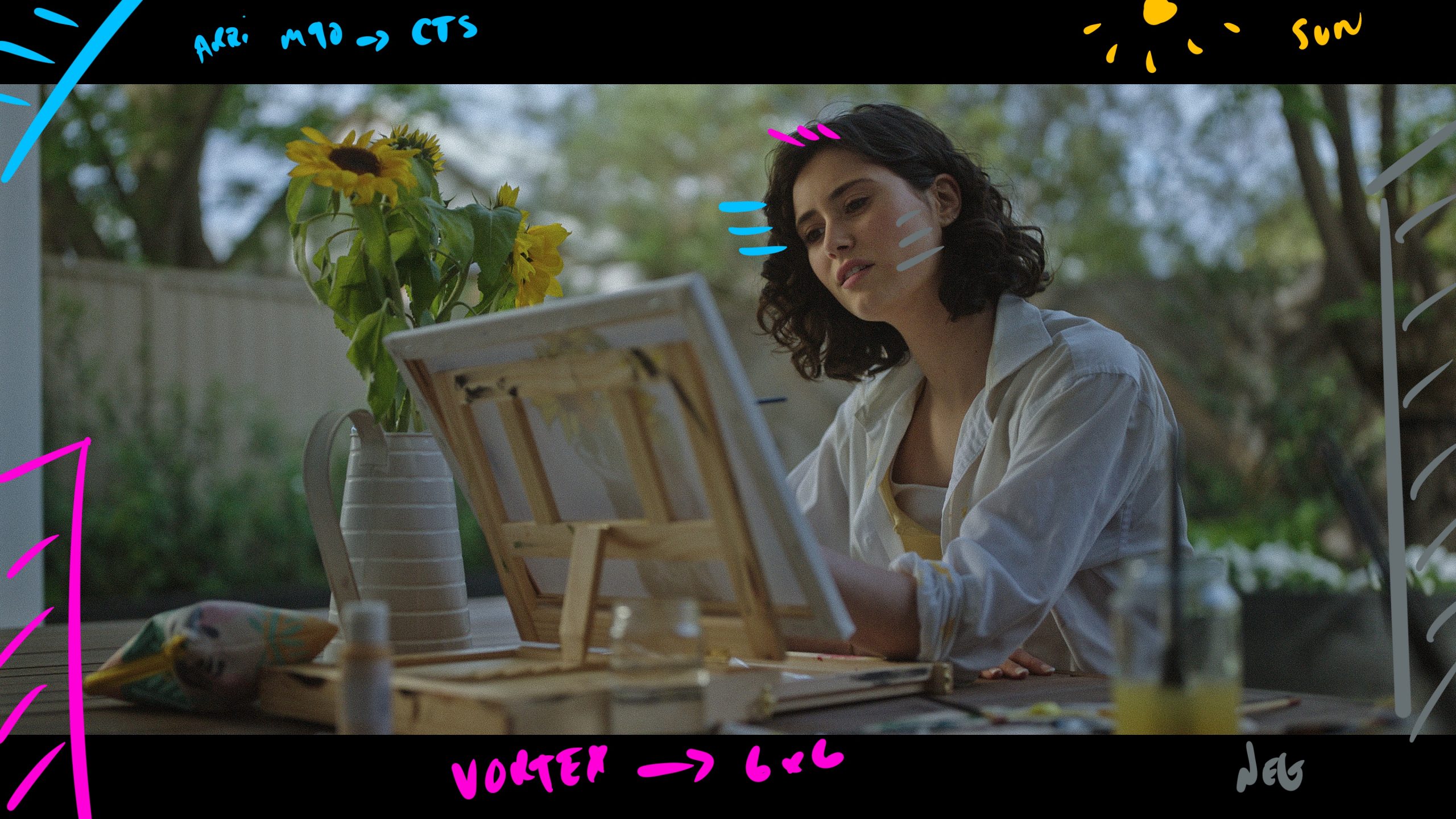 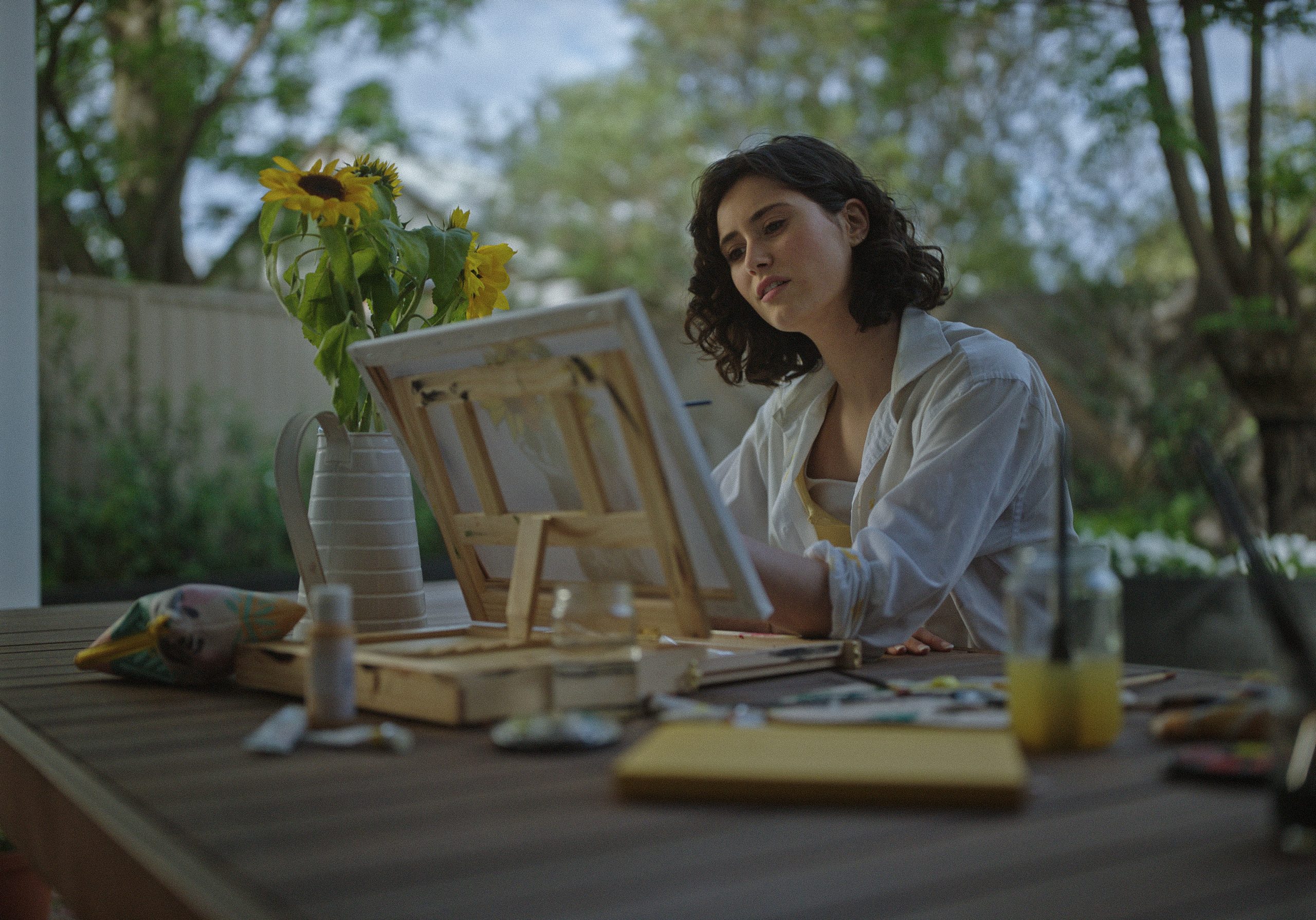 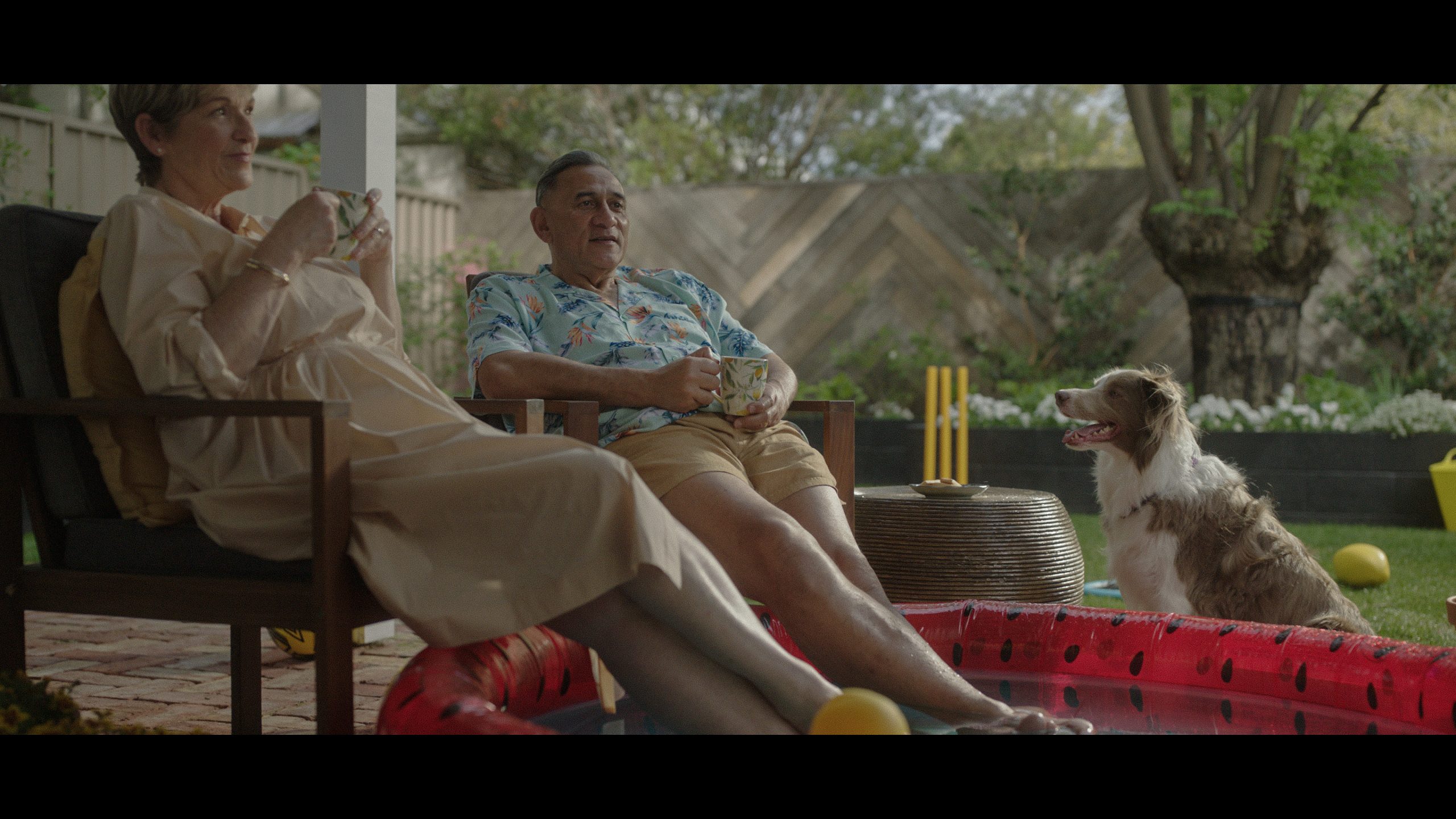 Our hero talent relaxes with his feet in the pool as his trusty dog waits at his side.

We went straight into this set up after shots 1 and 2 and that meant the 9k played from the corner of the yard then we wrapped a vortex nearer to camera to help even out the light.

Camera right is neg to take some of the ambient away and add contrast. 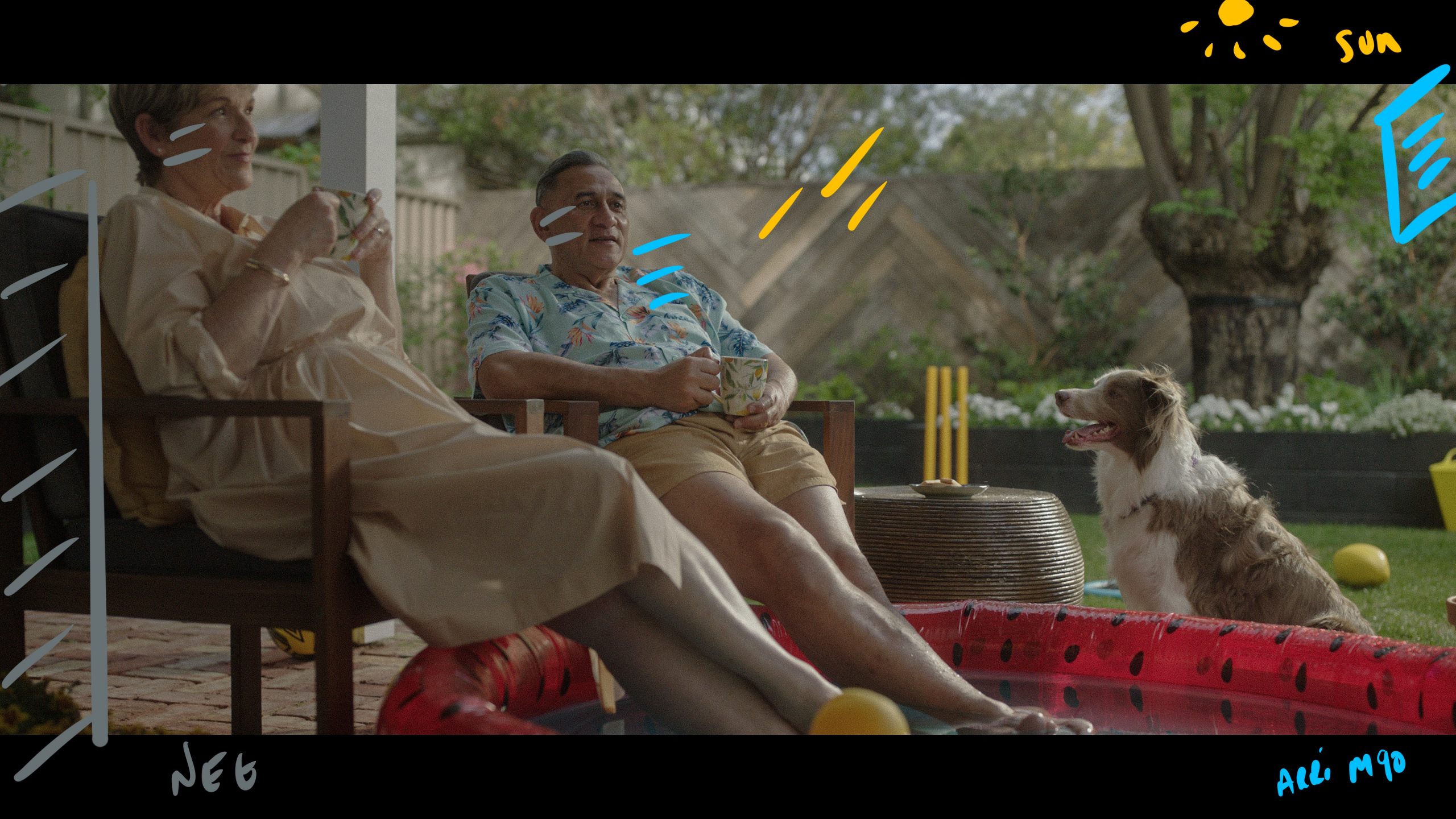 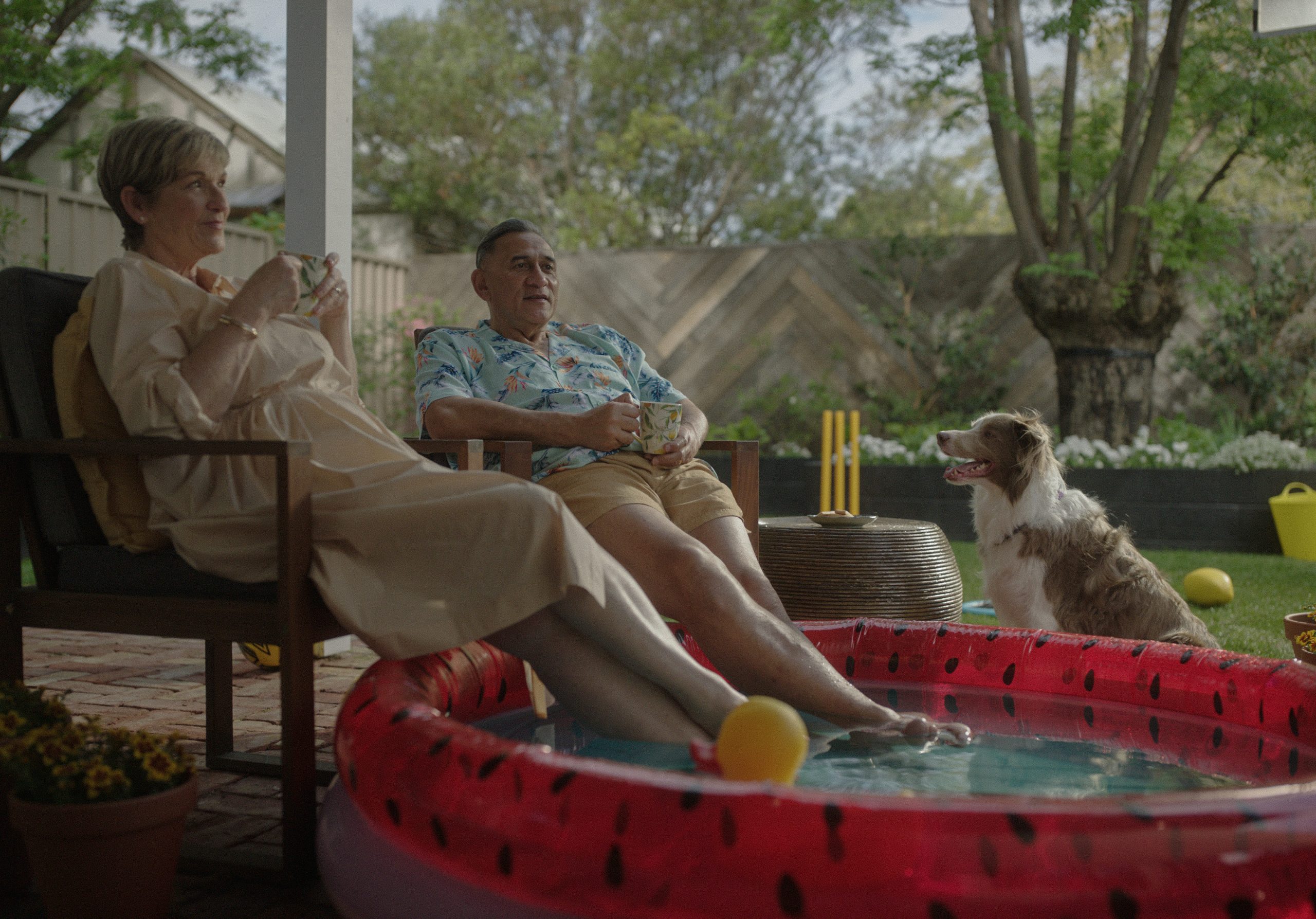 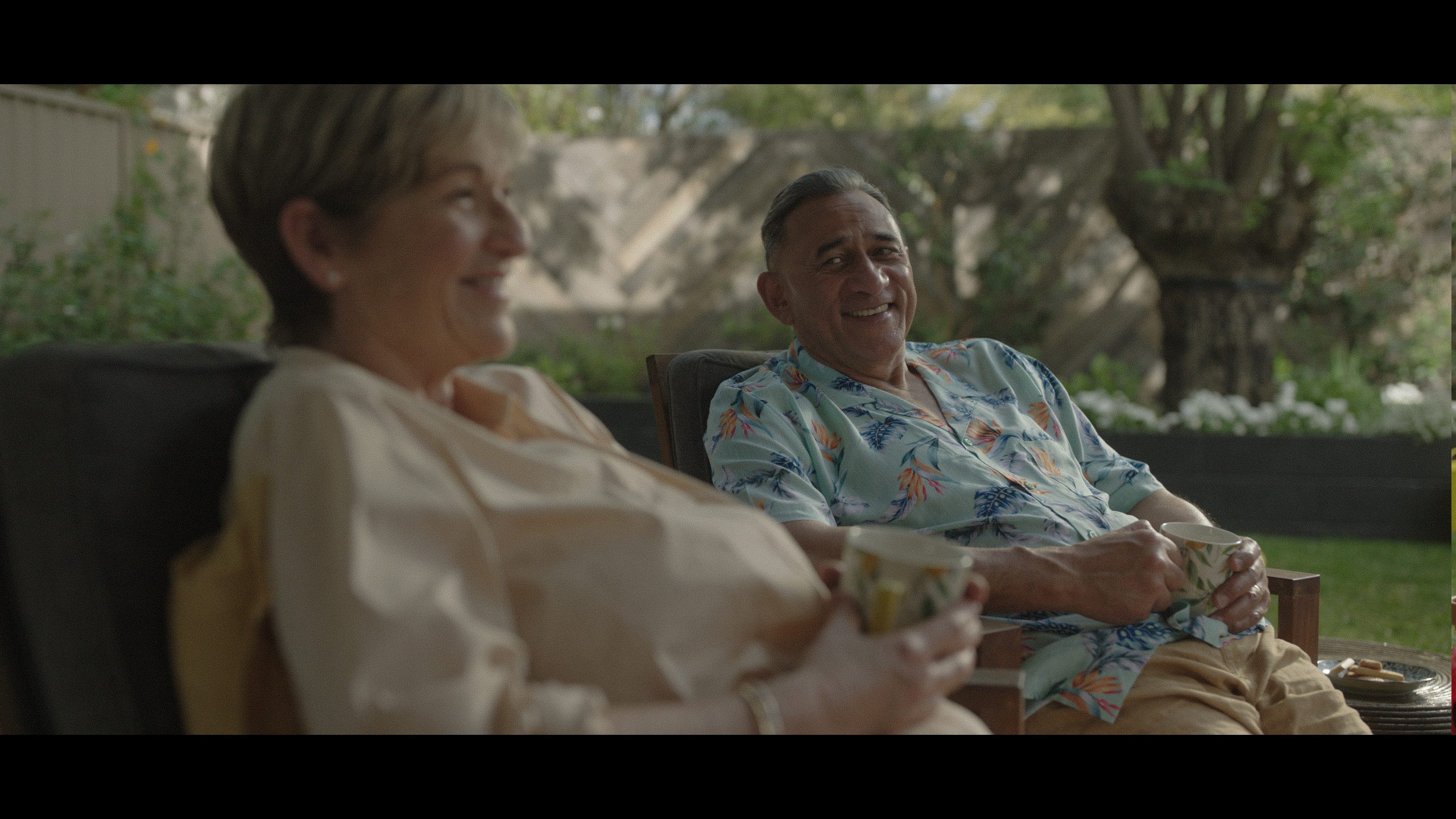 Most of the ads were two simple shots with the wide and the close up.  This was the reactio shot to the man's wife making him laugh.

We couldn't really look another direction so we changed lenses to a little bit longer and came around camera left.  Everything else is as above in Shot #4. 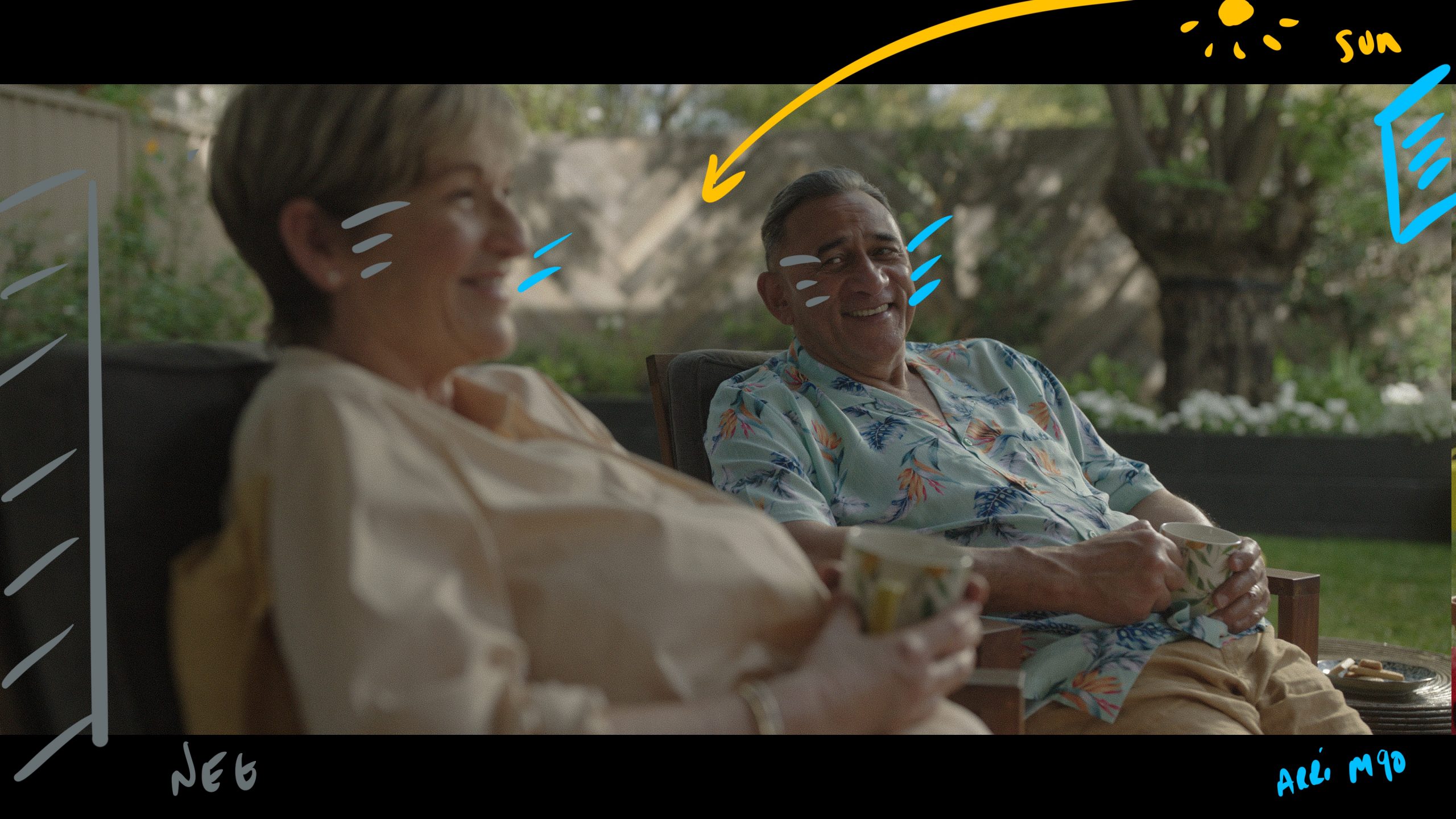 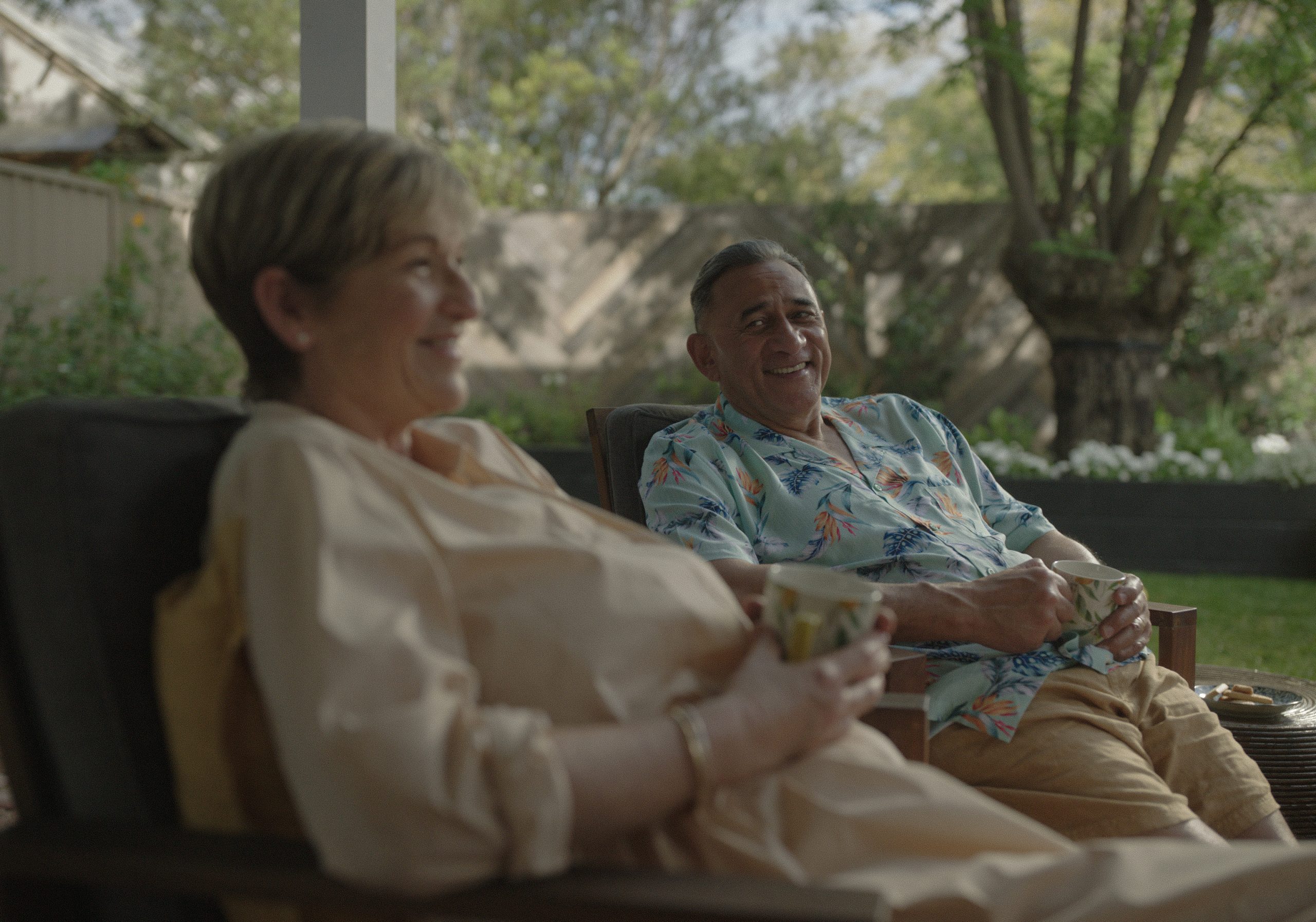