On the podcast this week we take a look at a recent spot I shot and breakdown the lighting and lensing.

Based on feedback from the last few breakdown episodes I've decided to show the uncorrected frames straight out of the camera so you can get a better idea of the levels being captured on set.

It doesn't give you an idea of the actual look but hopefully it helps show you how things operate on the day.

A few challenges in this spot but we got it all in the day so that was a win.

In Time is the subject of this week's Patreon Breakdown.  I love the night exteriors in this movie and for being super early Alexa I think it still looks great.  Shows you what someone like Roger Deakins ASC BSC can do in challenging conditions.

Lots of the base from the framework came from a specific night scene in this movie and I don't think it will take long to recognise the influence it has had on me in my own work.

Straight Out the Camera - The Spot

We shot two cameras for this job because time with the horses was limited.  This was also the final S35 tvc for a while now I would imagine.

This was the usual suspects for camera gear these last few years.

We shot on the Alexa Mini LF in Open Gate mode for VFX and reframing ability.  We used the Sigma Cine Primes and shot the majority of scenes @ T2.0.

Everything was shot at 800 ISO except for the exterior dog scene which was 1280 ISO. 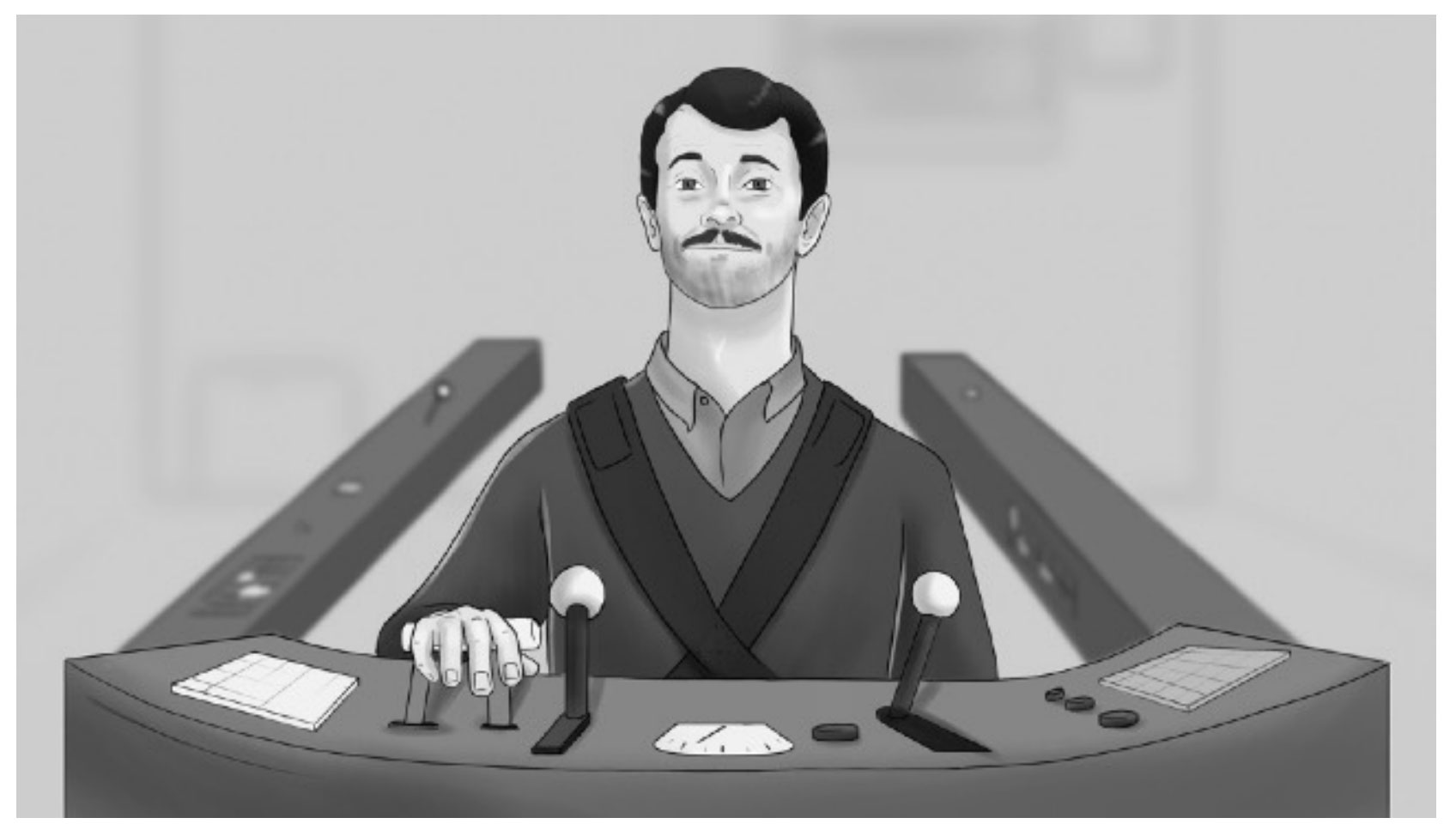 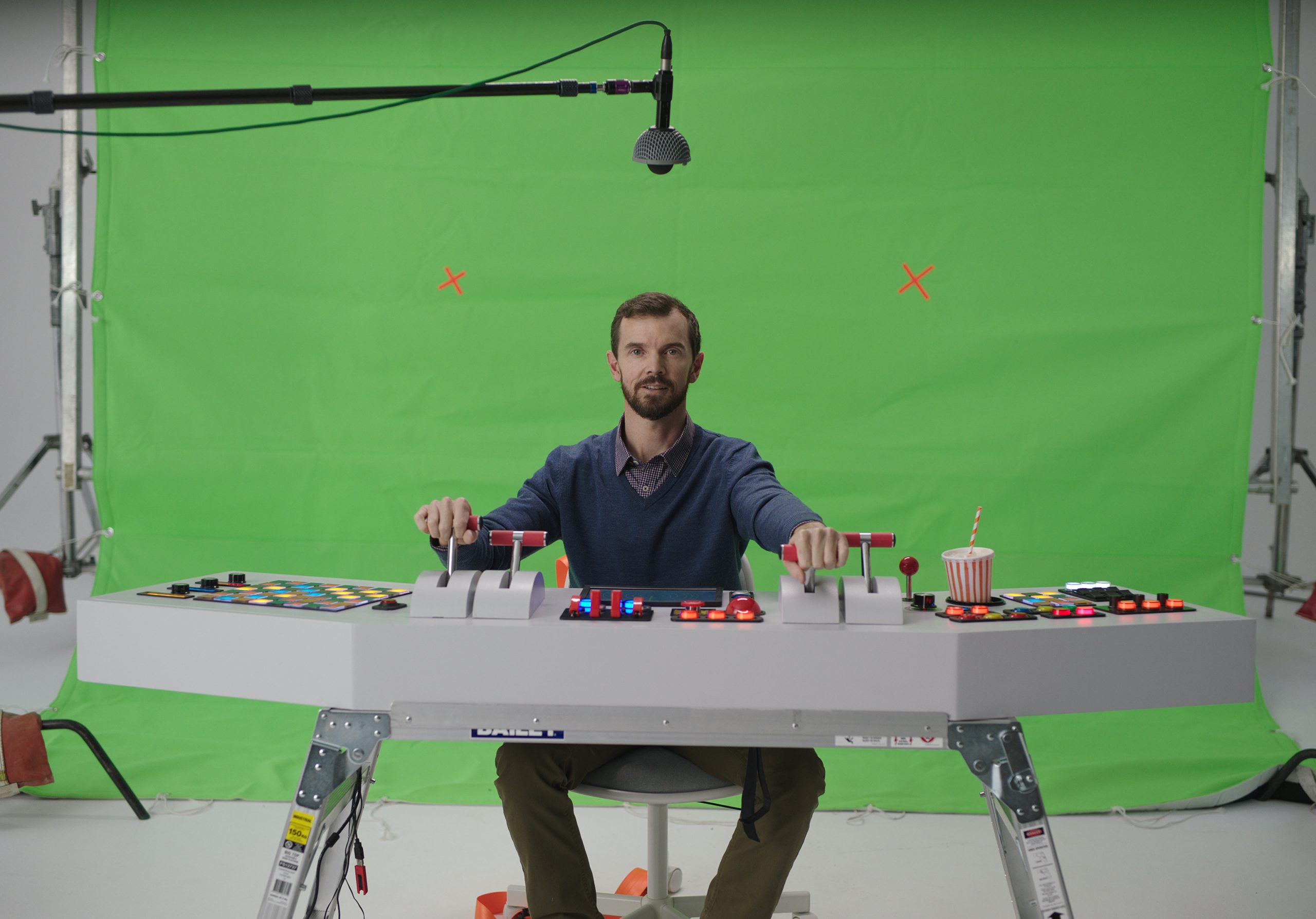 Our hero talent sits at the desk of what will be the giant robot.

The main thing that set the mood for the lighting was deciding what the capsule where our hero was going to sit inside the robot was going to be.

In the end it was decided to have the hero sit in the chest of the robot so light could come from one side rather than from above.

The diffusion is as close as we could get to the talent without obscuring any of the console.

Behind is an Arri M18 through a chimera for a back light.  We took a bunch of the level out as it only needed to be a hint to help seperate our talent from the BG. 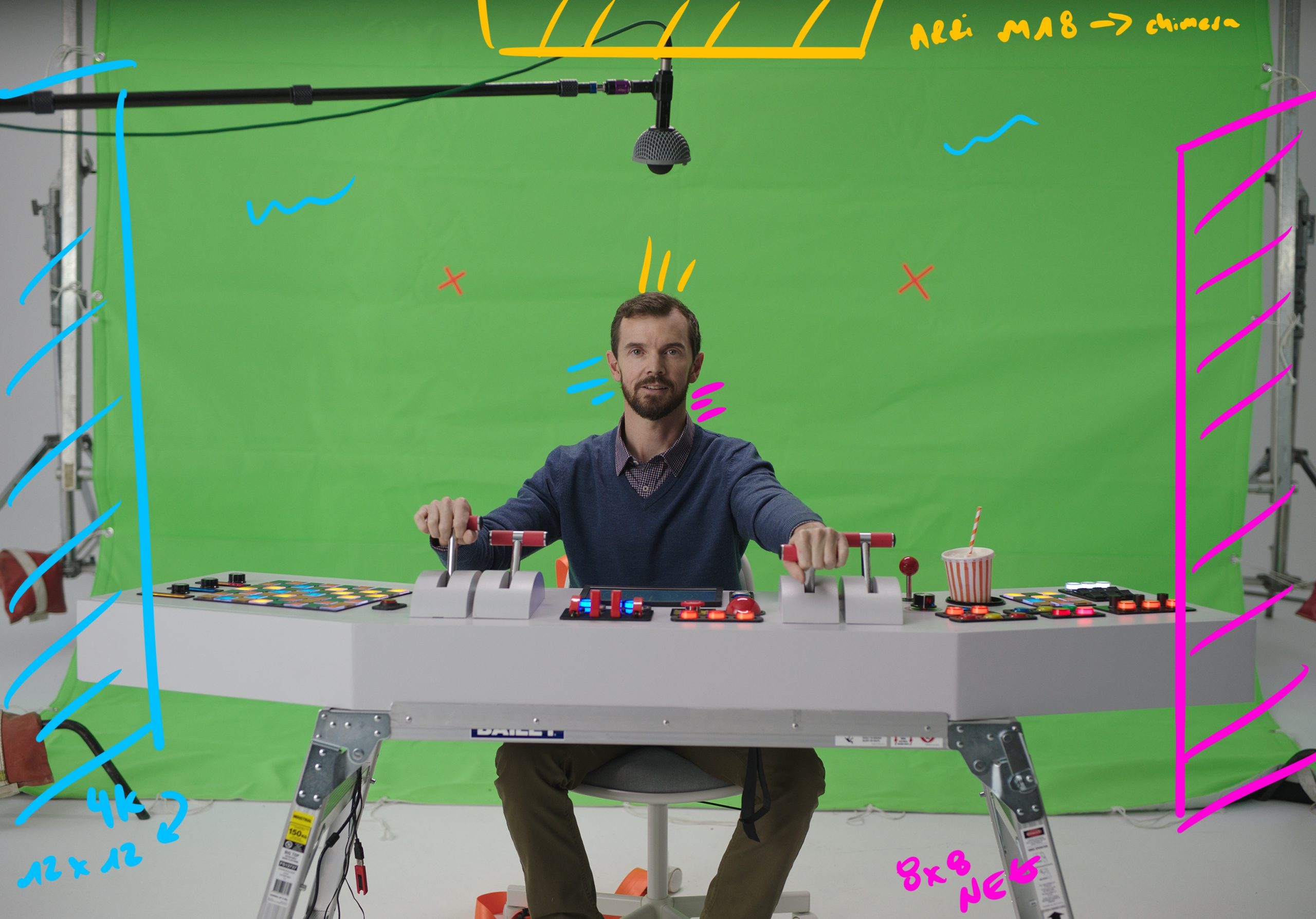 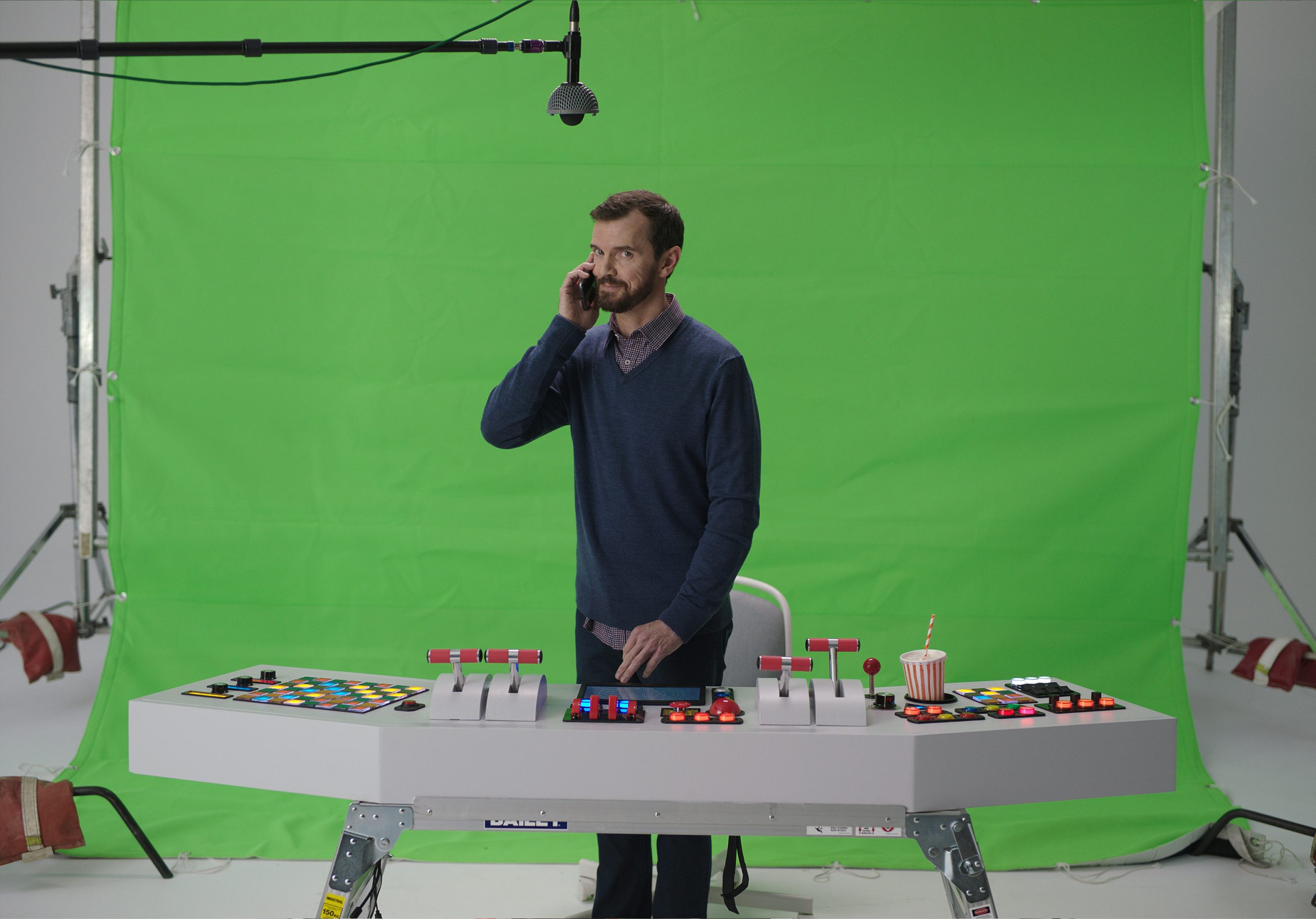 Talent standing in the cock pit of the robot.

This is a continuation of the previous set up. 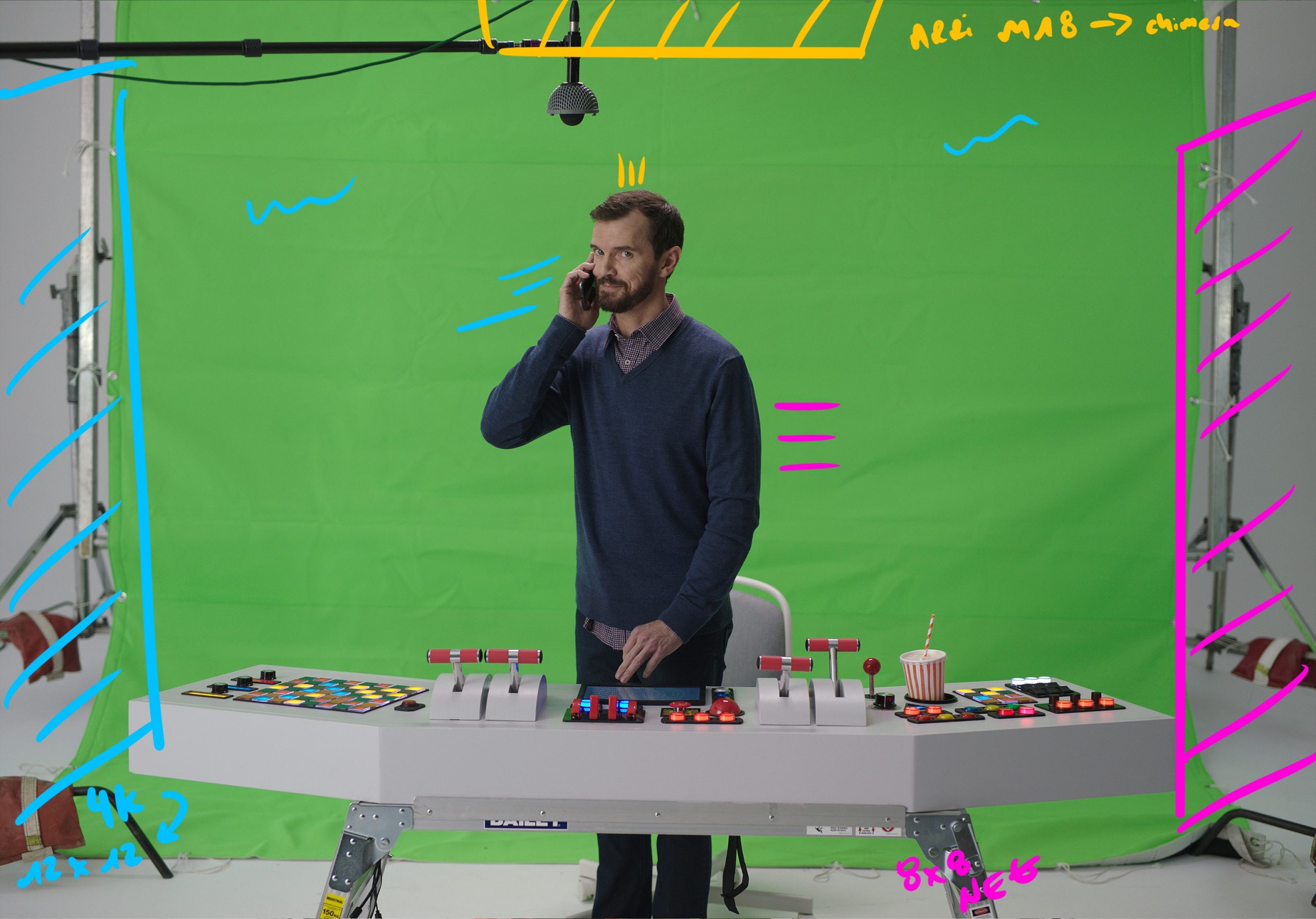 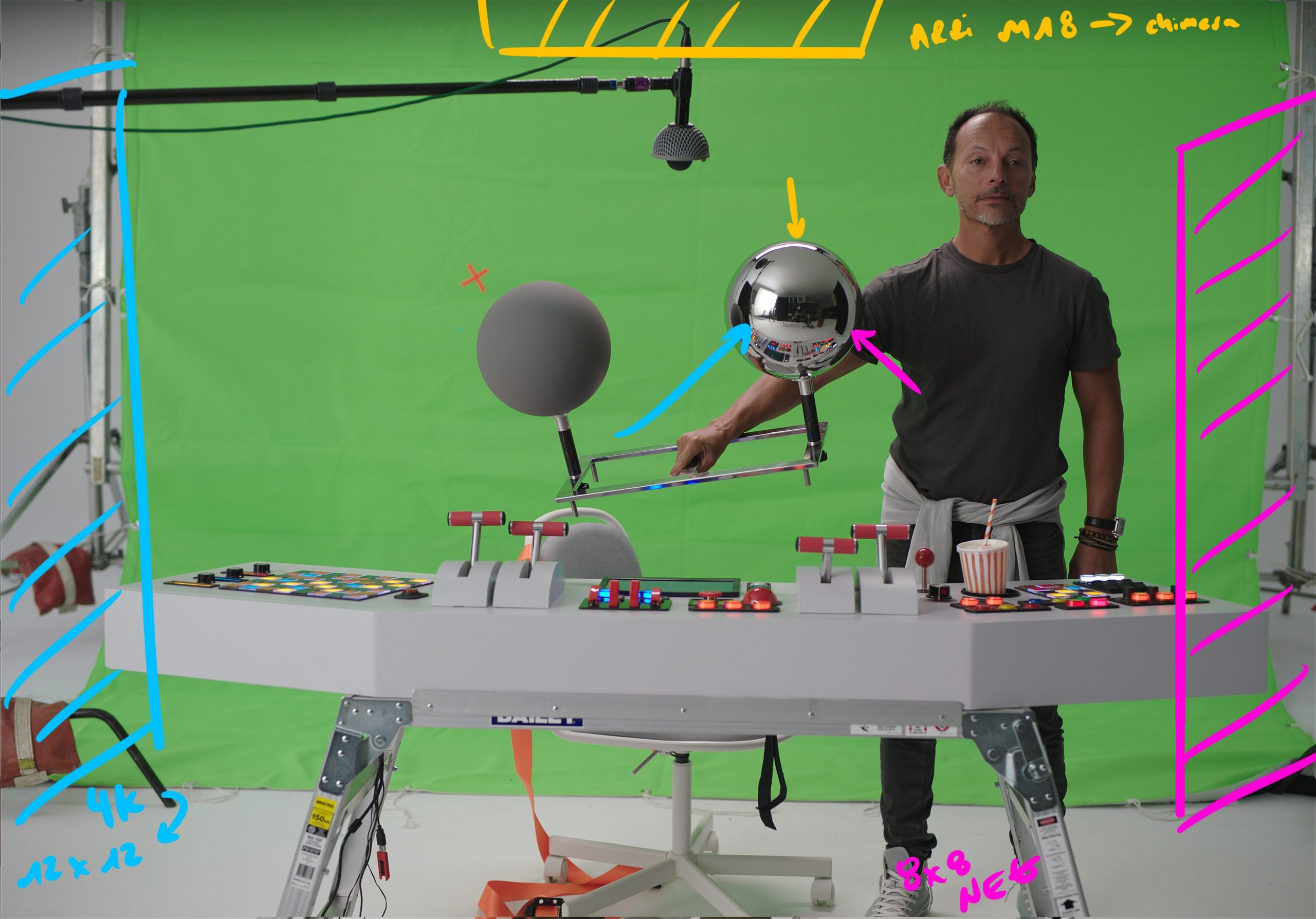 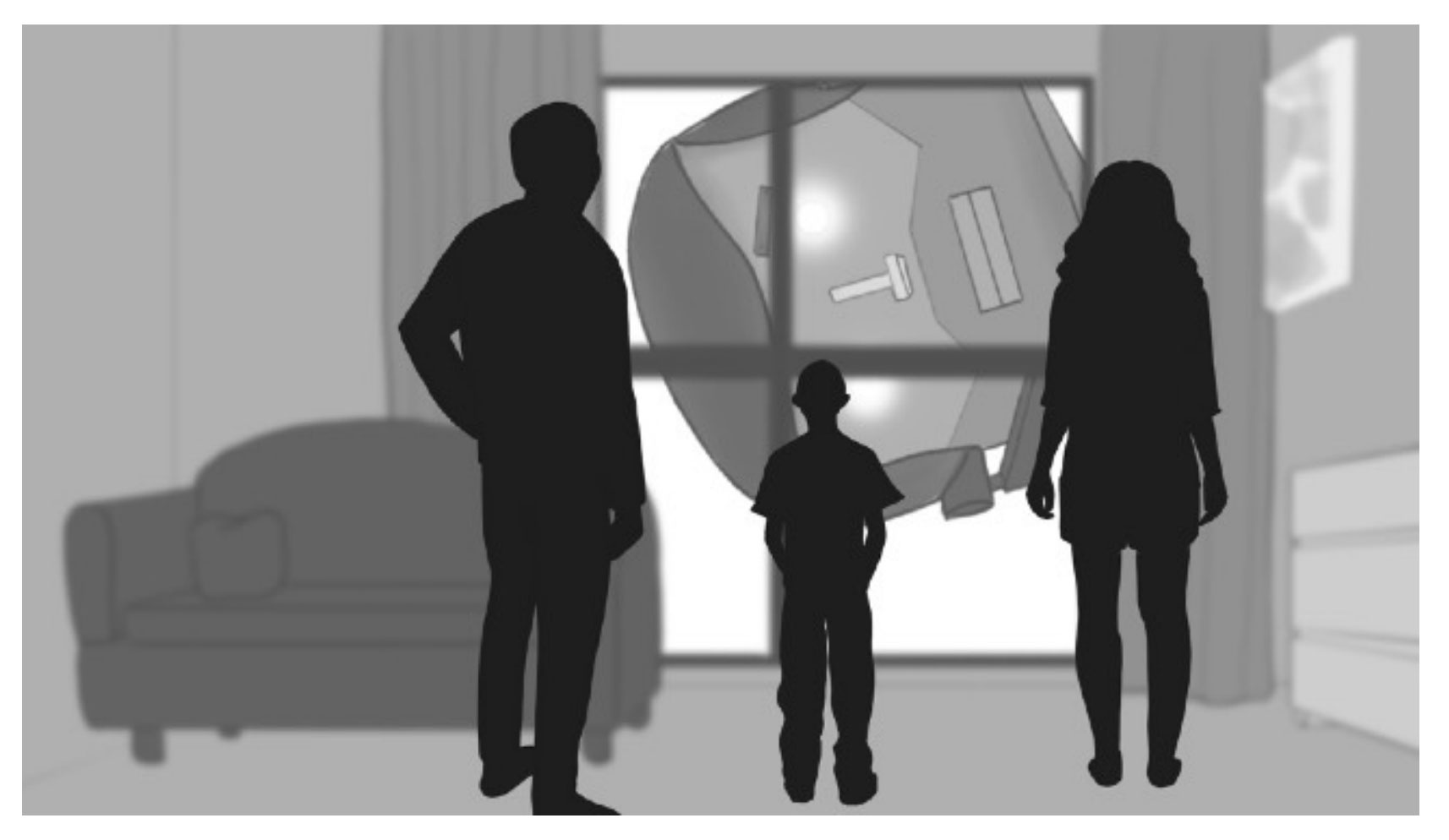 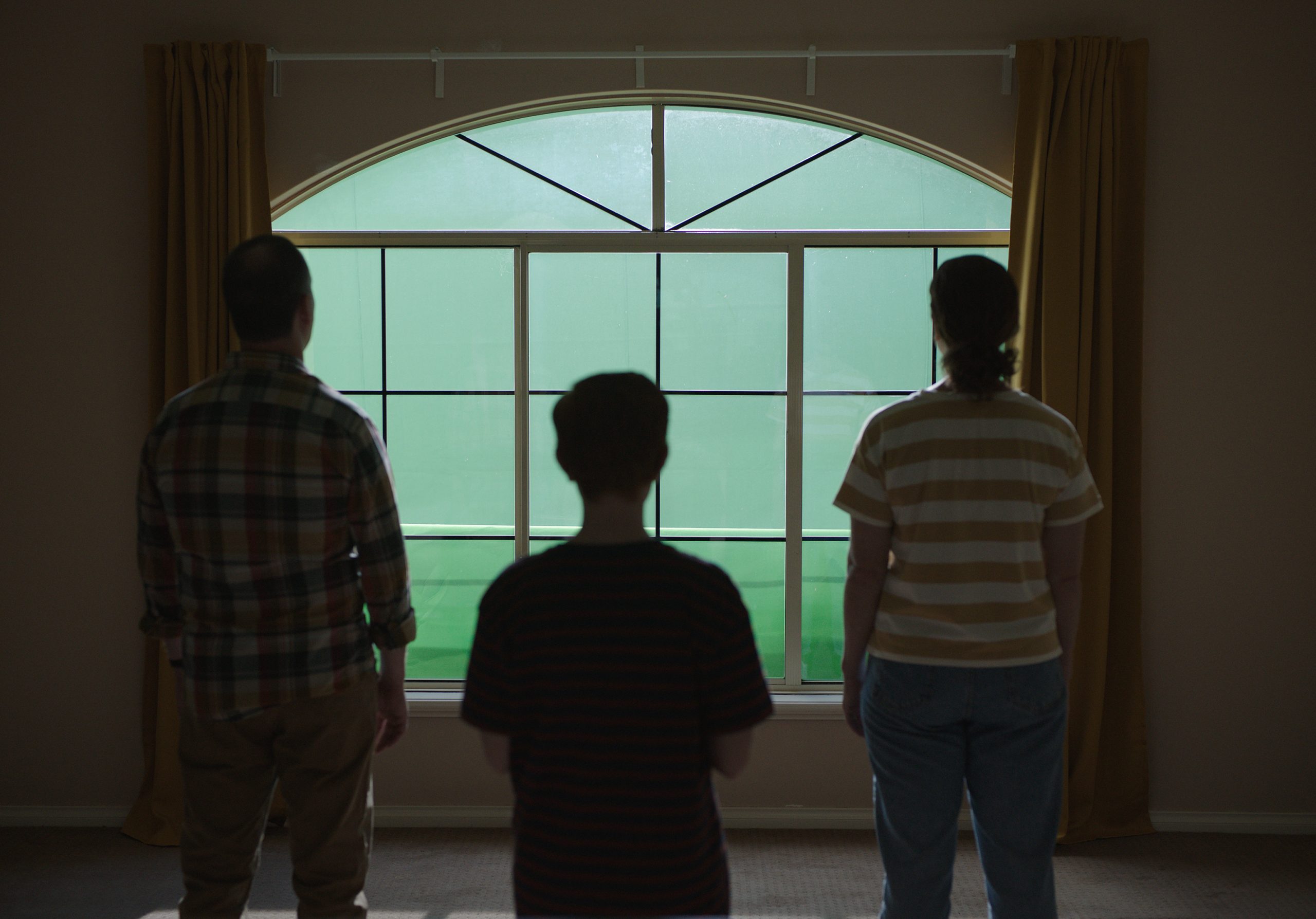 Family of three stair at the face of the robot who is looking in their house.

Outside we had a 12x20 Green screen and angled it so it was in the shade.  Above that we had a 12k HMI through a 4x4 frame of diffusion to act as our sun when the robot left the frame.

The sun was bouncing off the exterior of the house and on to the green so to eliminate that we used Neg on either side to cut the light.

Inside we had an Aputure 300D with a China Ball attachment dimmed way down to give us our room tone so the shadows were slightly lifted. 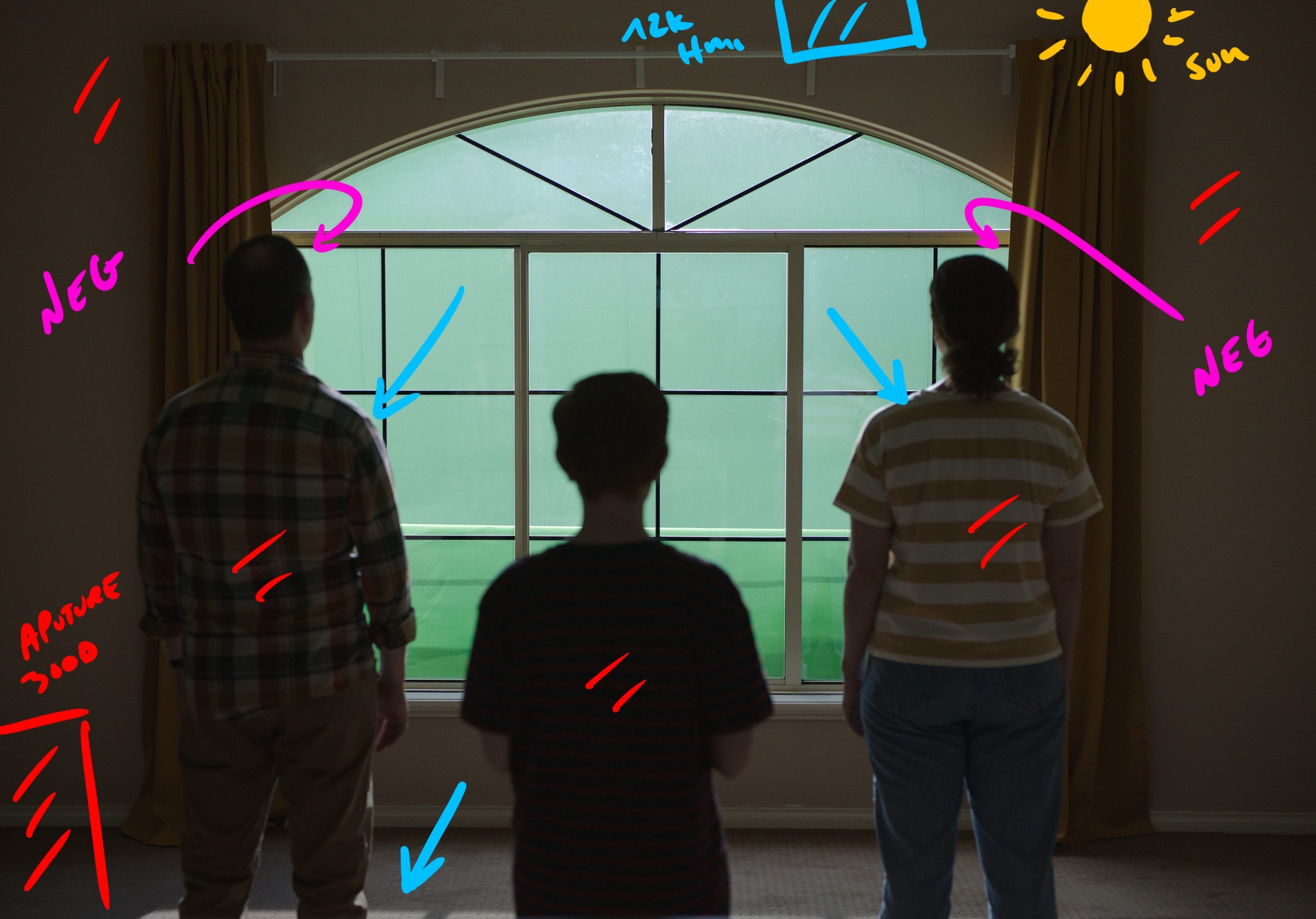 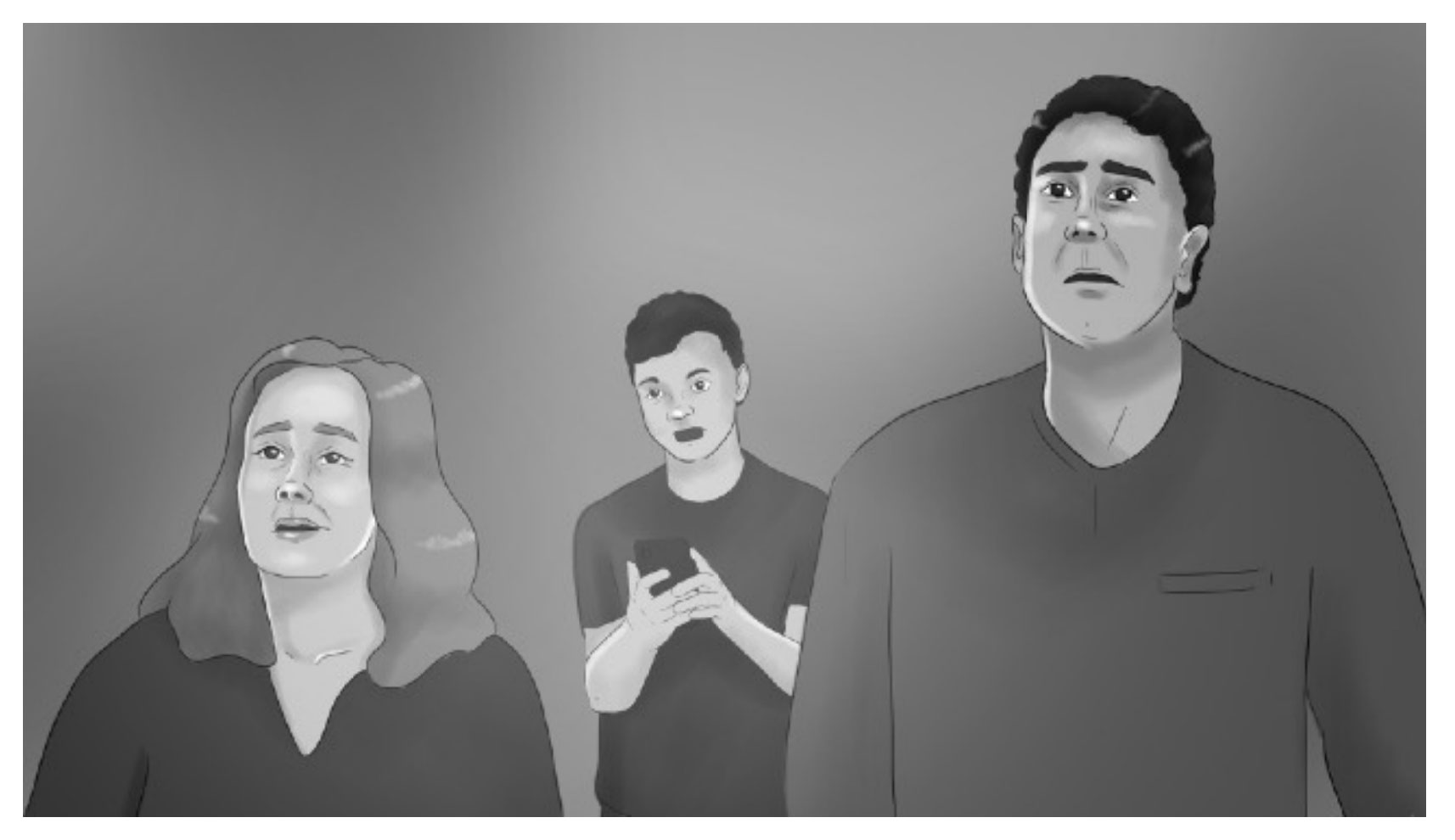 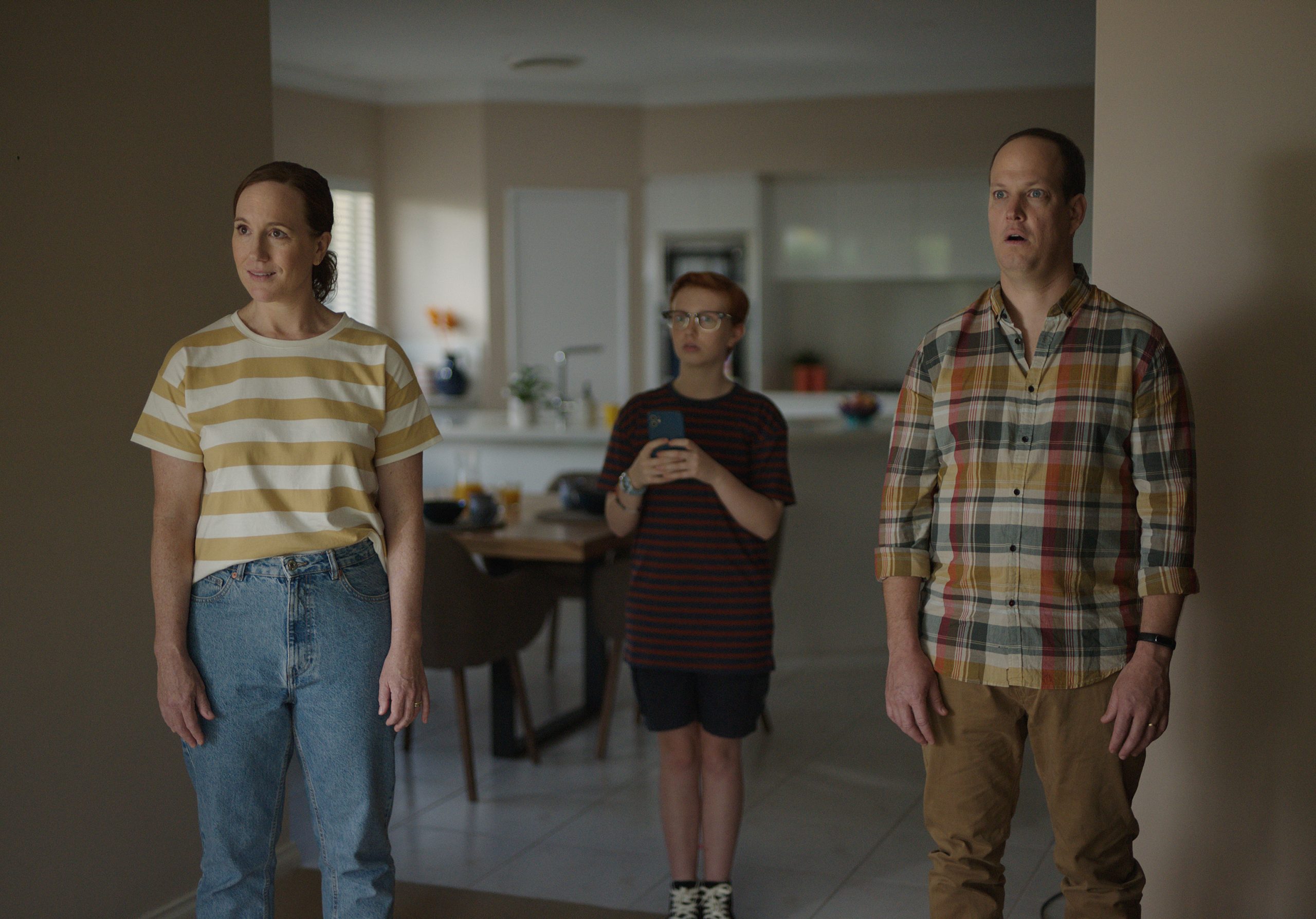 The reverse of the family as the robot exits the window.

For this shot we moved to another room in the house and constructed the reverse of the previous angle.

For light we had the 12k HMI through 1/2 Grid as the ambient light from outside then in the BG we had a 4k HMI to push some level into the kitchen.

Inside we had an 8x8 of Neg to help create some contrast. 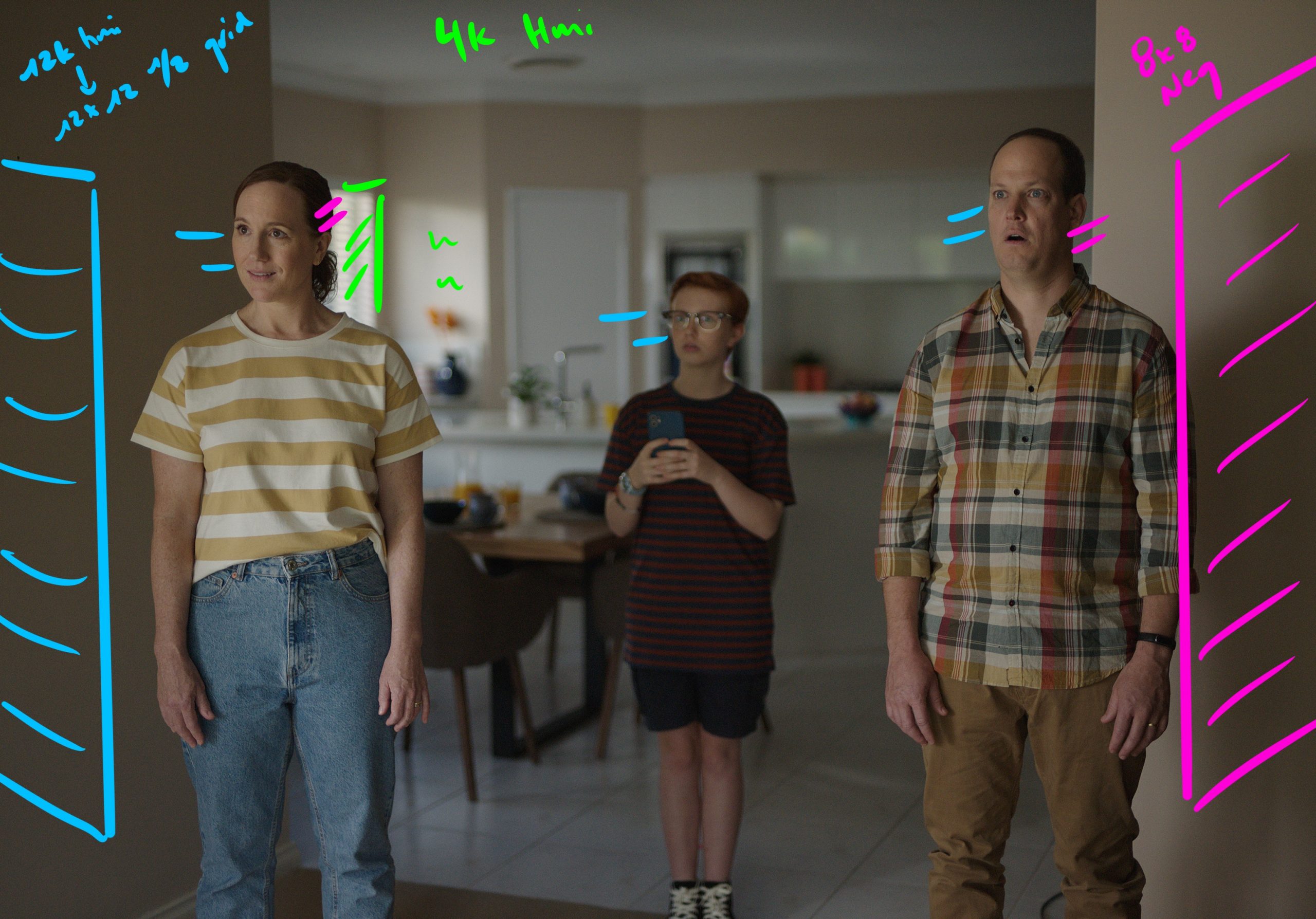 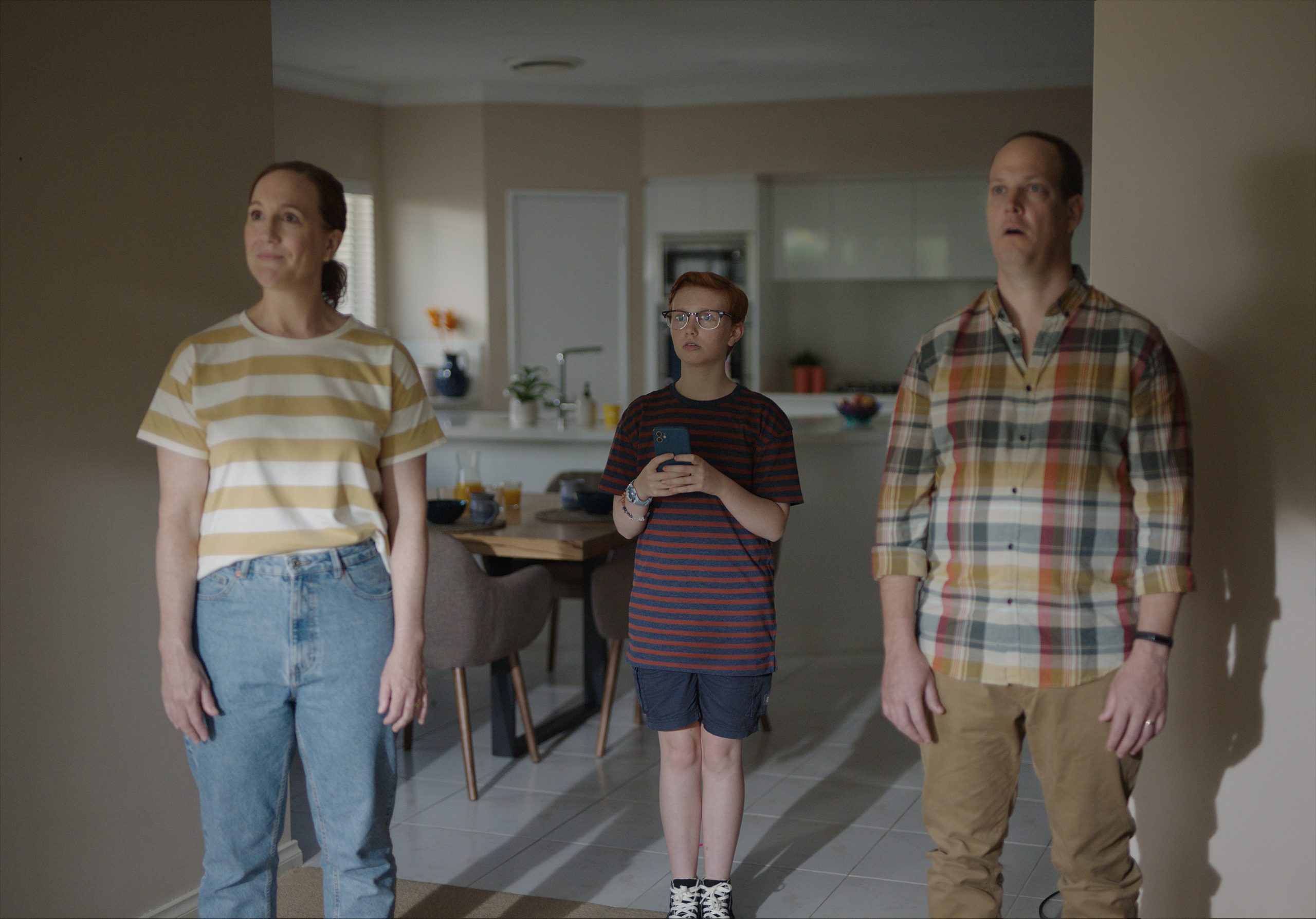 Same as above but now the robot has left the window frame.

Same as above but an added 6k HMI. 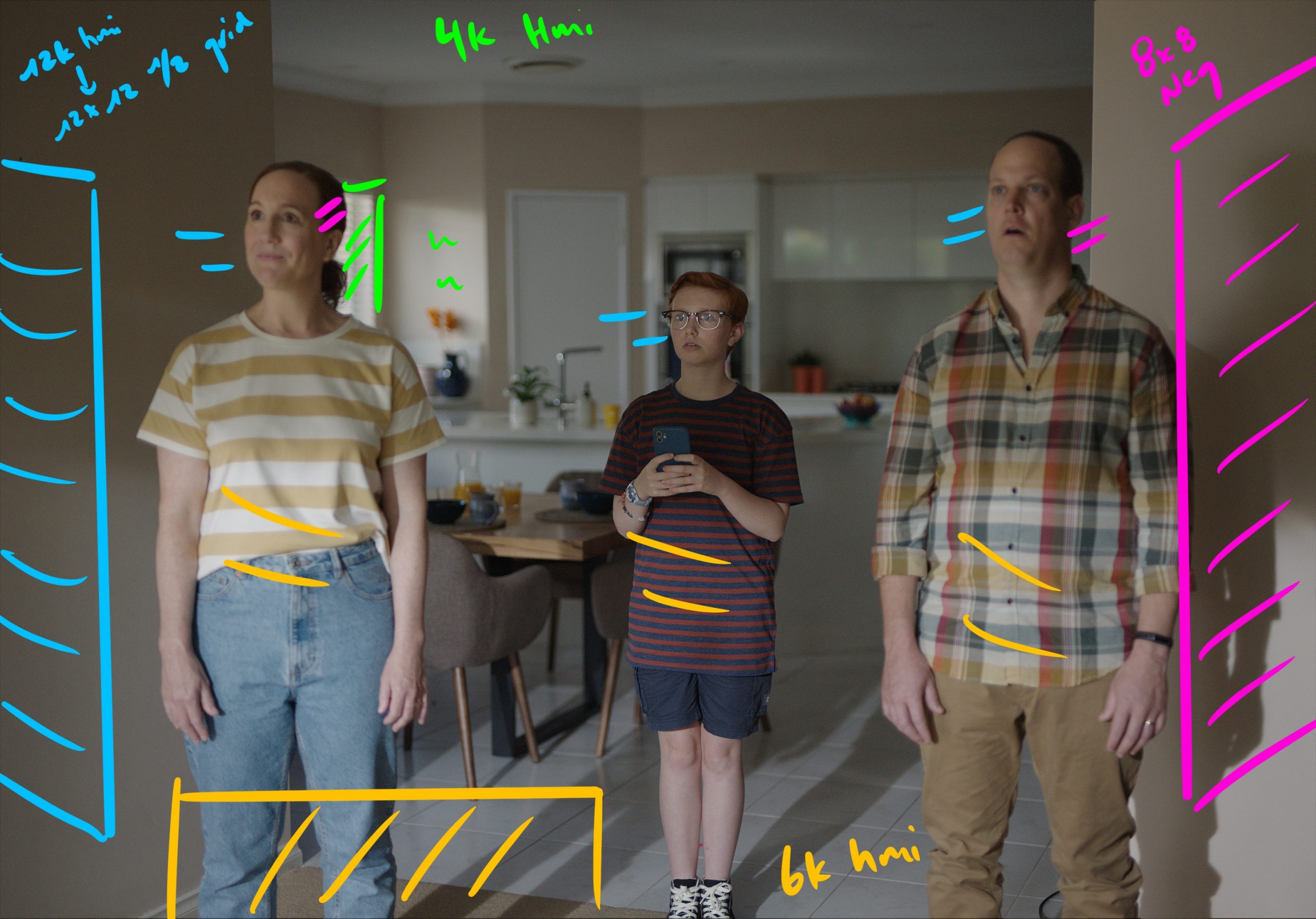 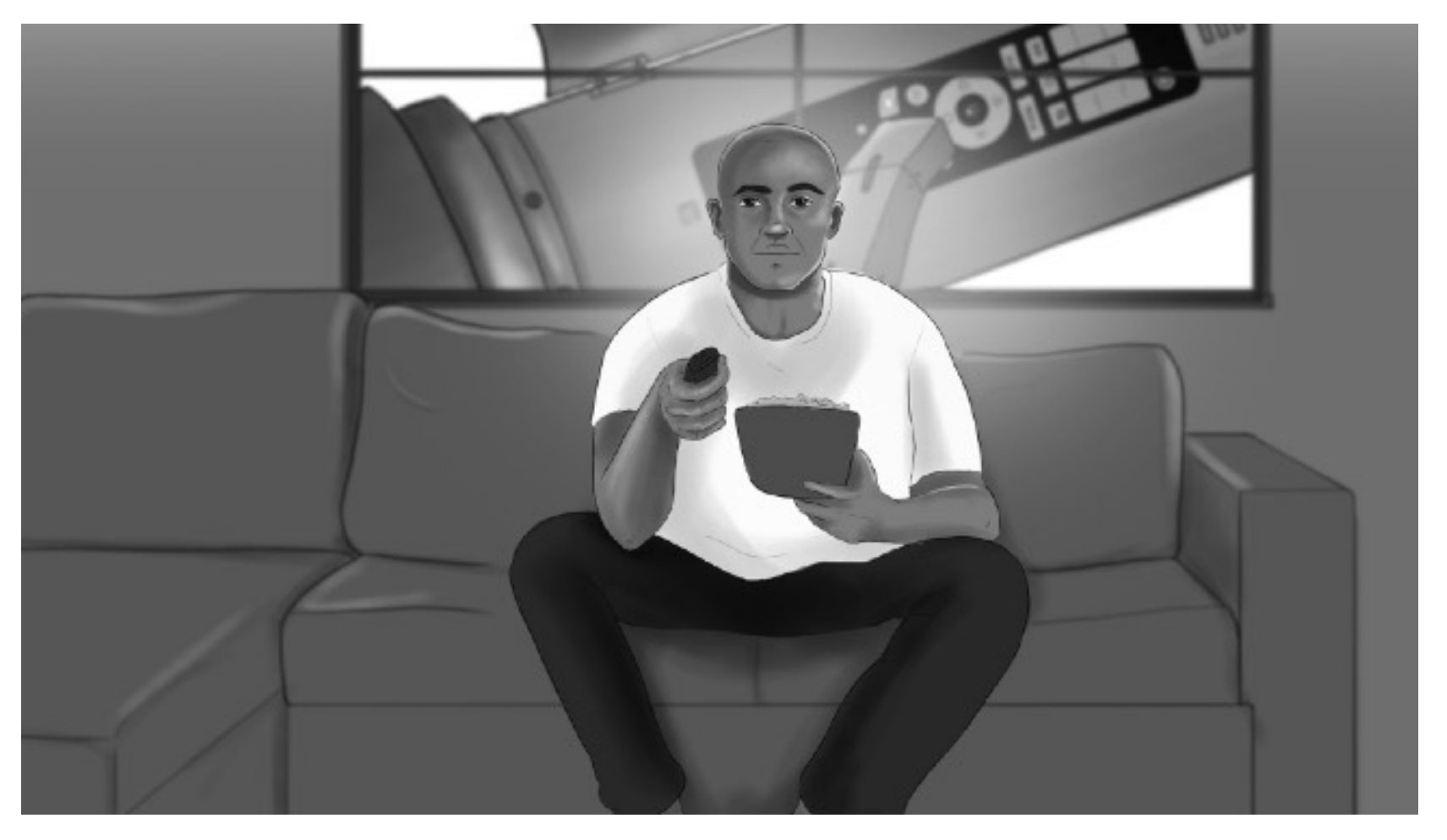 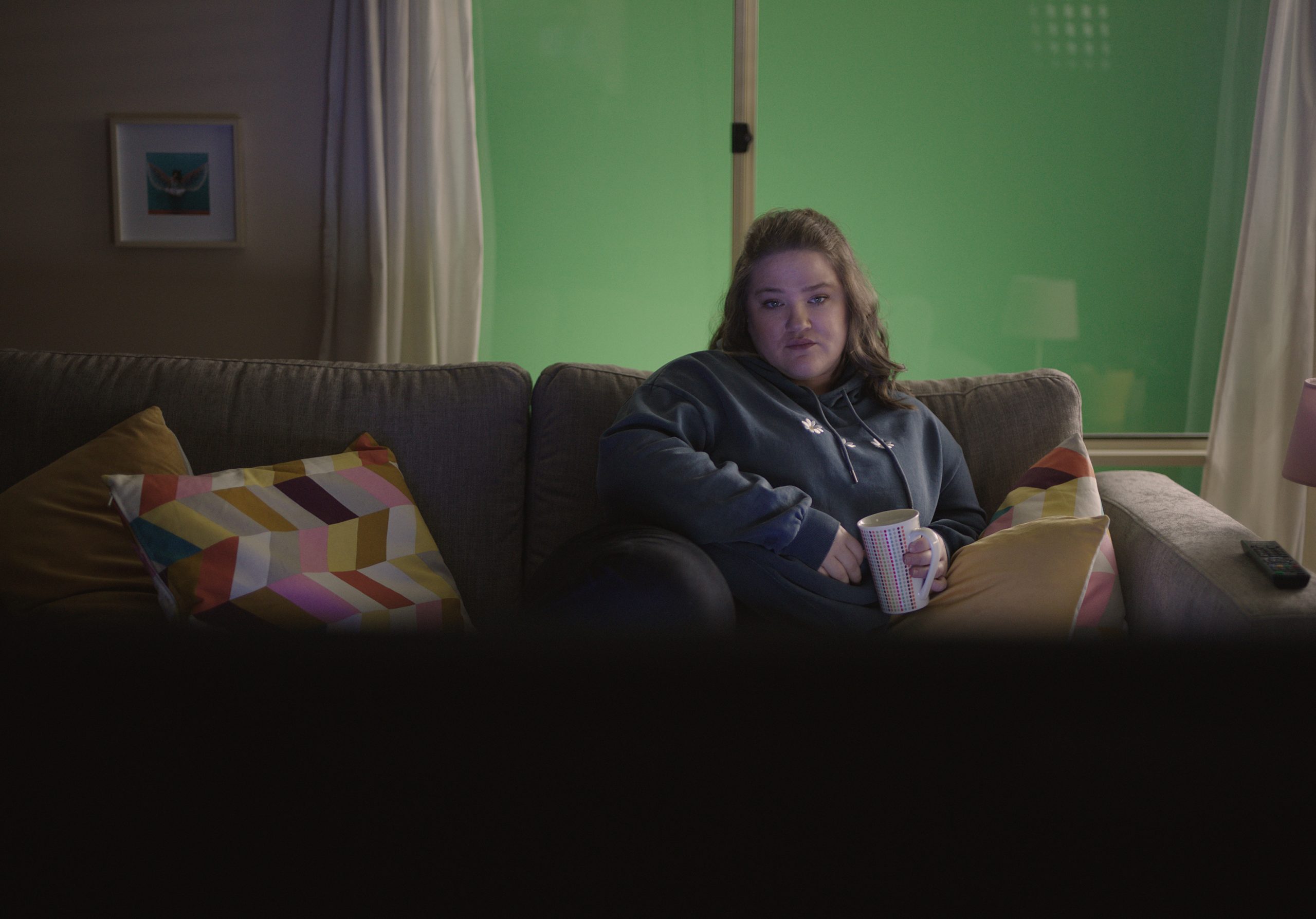 Our talent sits in their appartement a few floors off the ground.  In the BG the robot checks its watch.

The light has to be dmmed so we can register the blue light that is about to overwhelm the room from the television.

We had the 6k HMI out the window frame right and that was providing the key.  For the green screen we had two image 80s from below.  Inside there was an 8x8 Neg frame left and two Creamsource Vortex coming from below camera to add the TV effect and the Blue color wash that overwhelms the room on action. 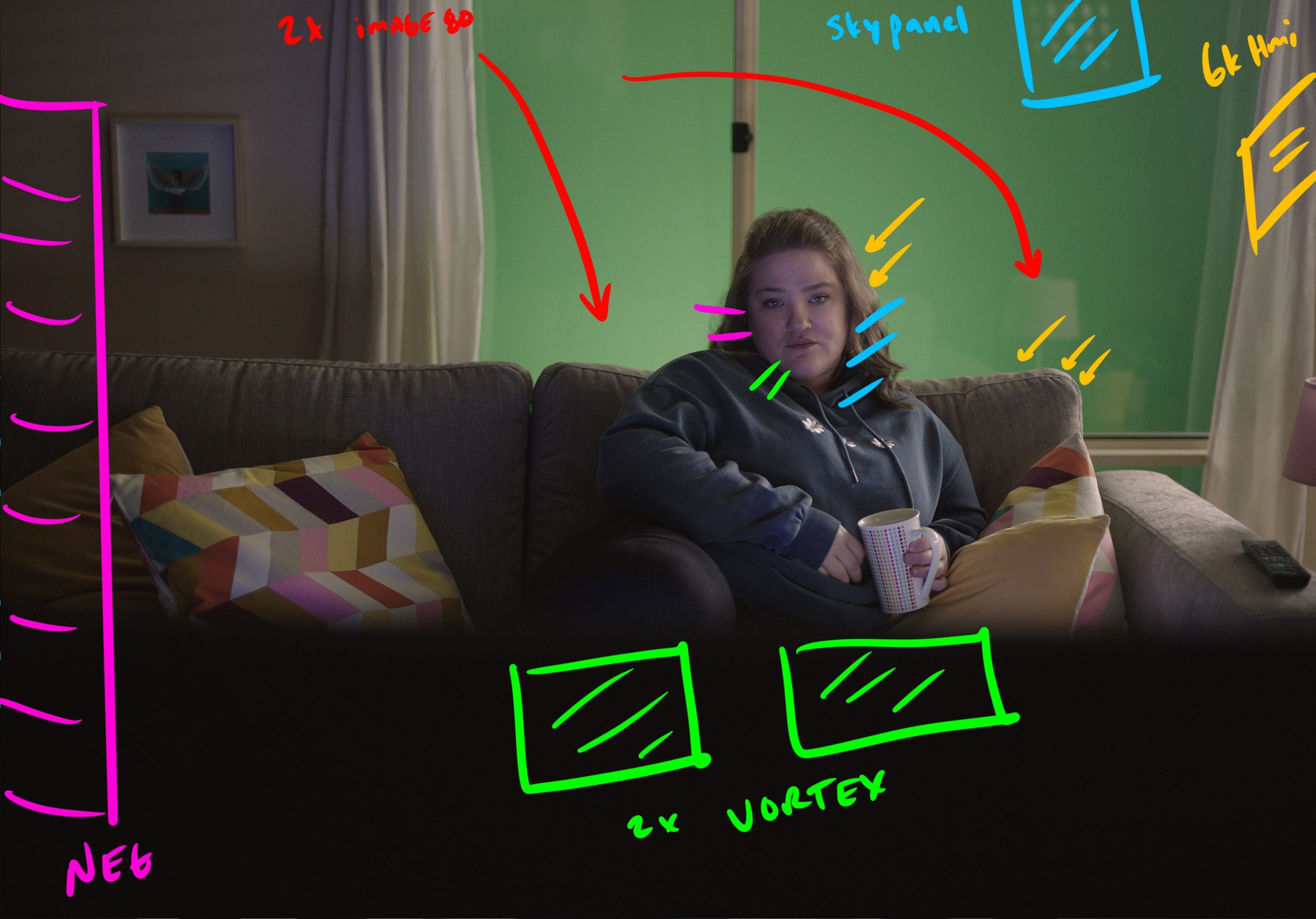 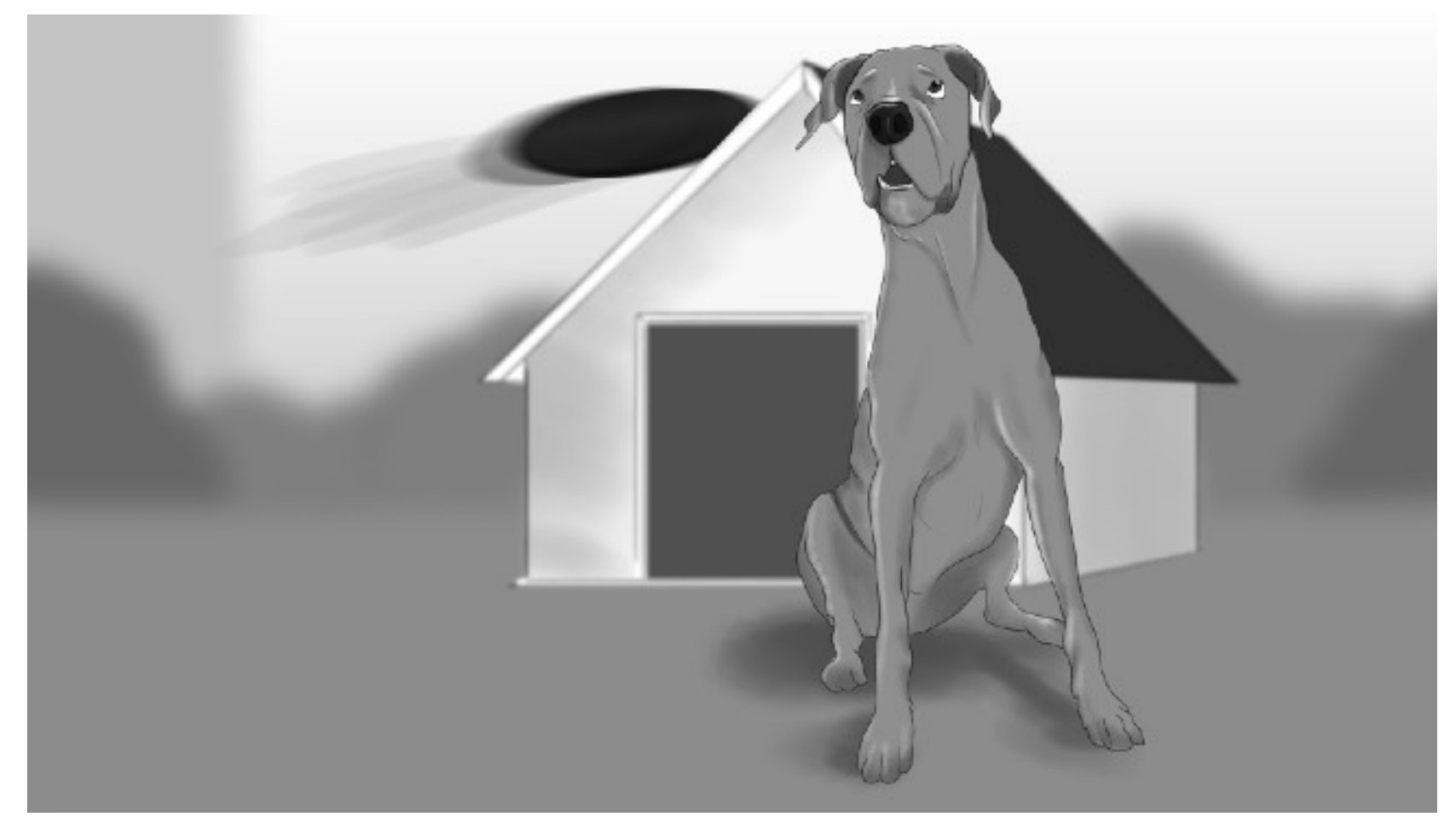 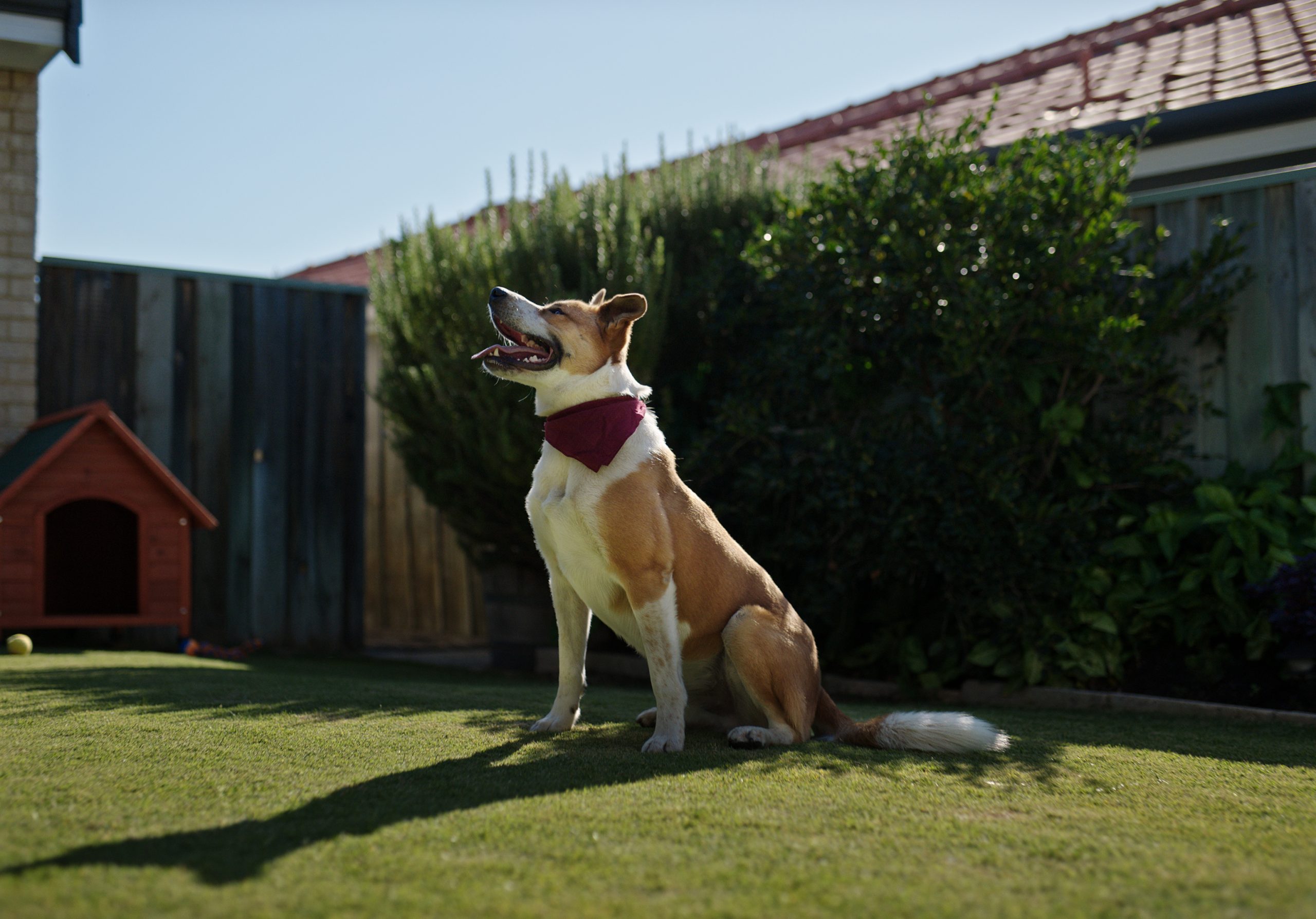 Dog watches as the Robot passes over his head.

The dog ended up facing the wrong way because of where the handler hand to stand off set. 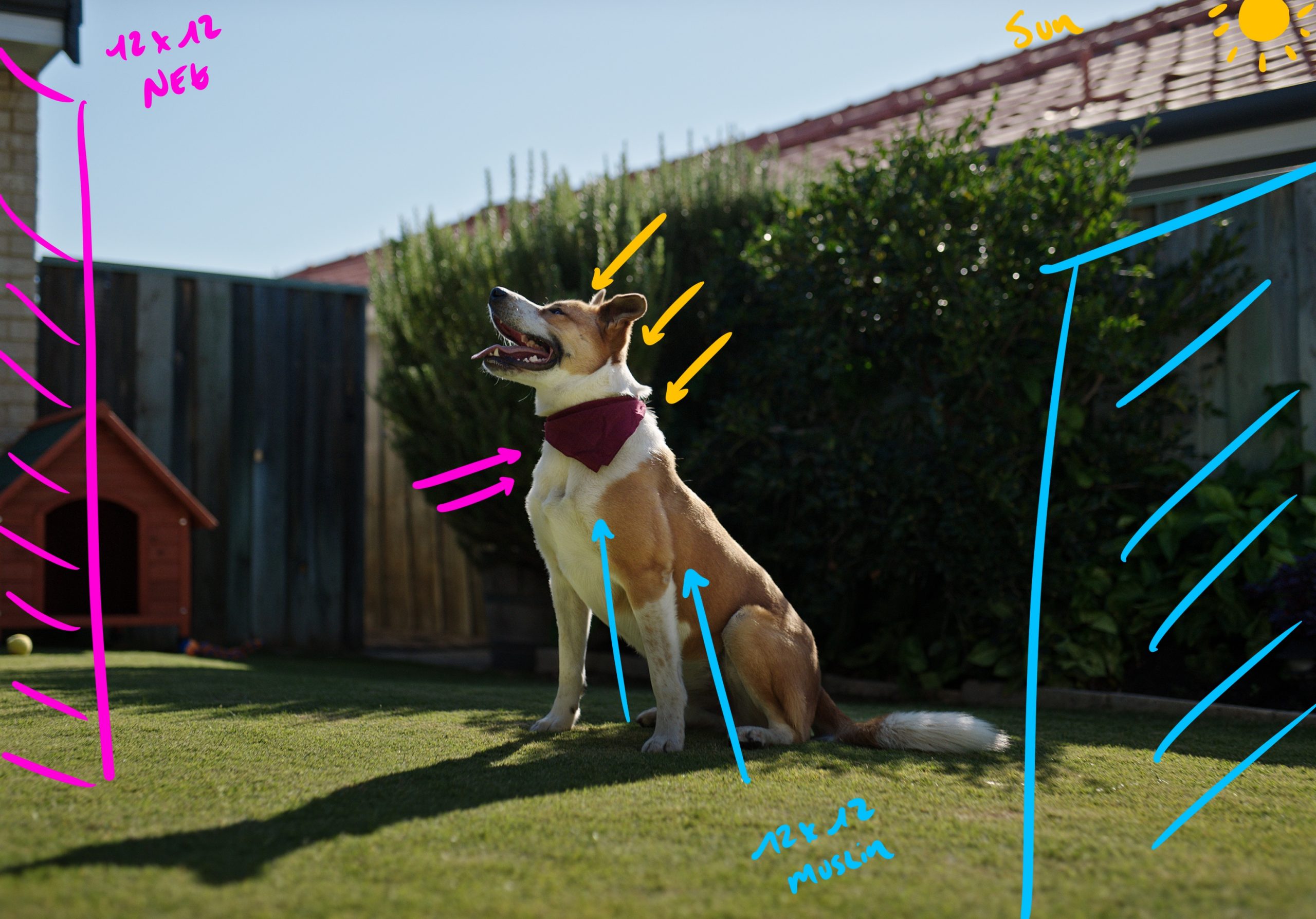 Set Up #8 - The Jurassic Park Shot 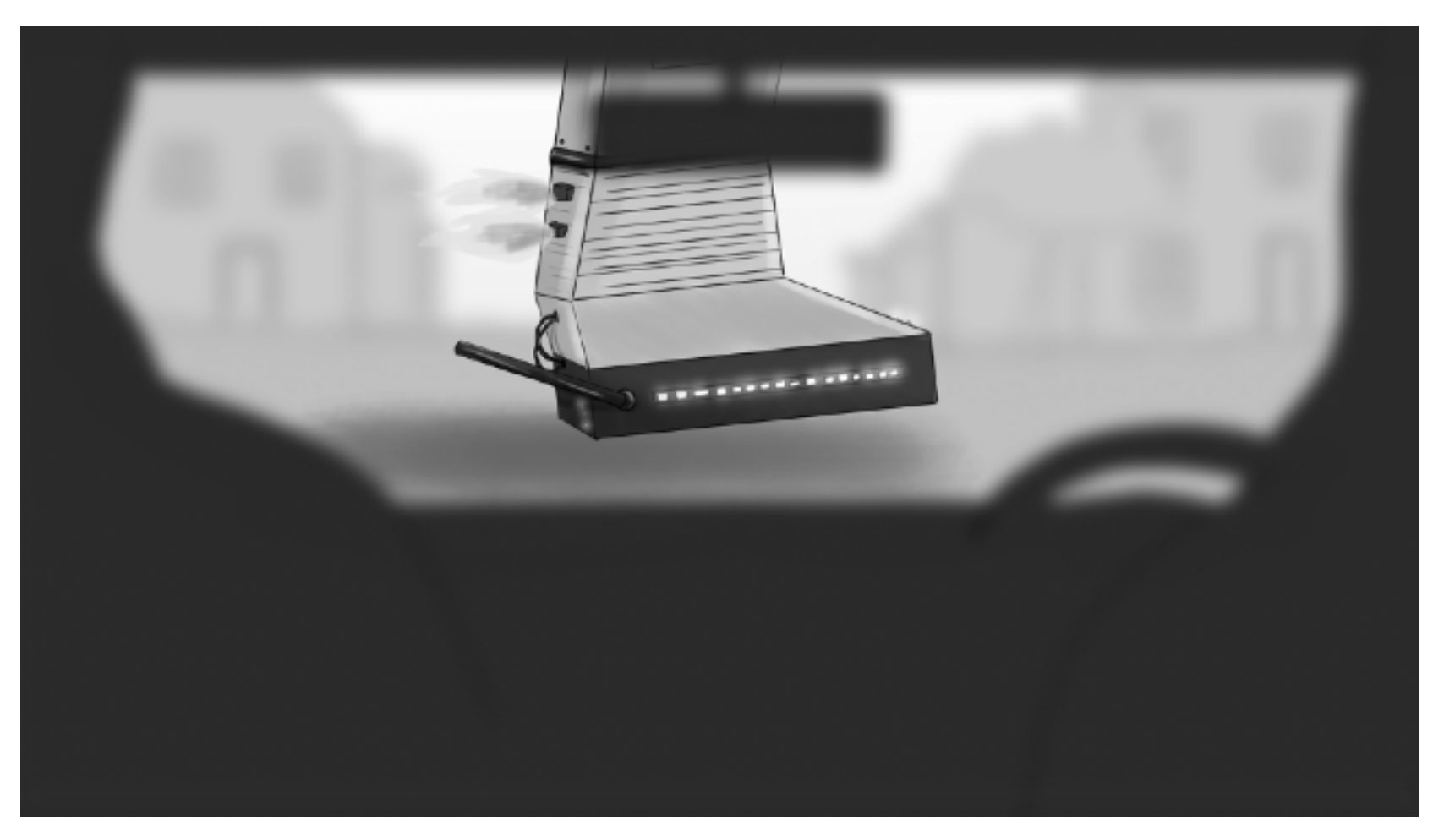 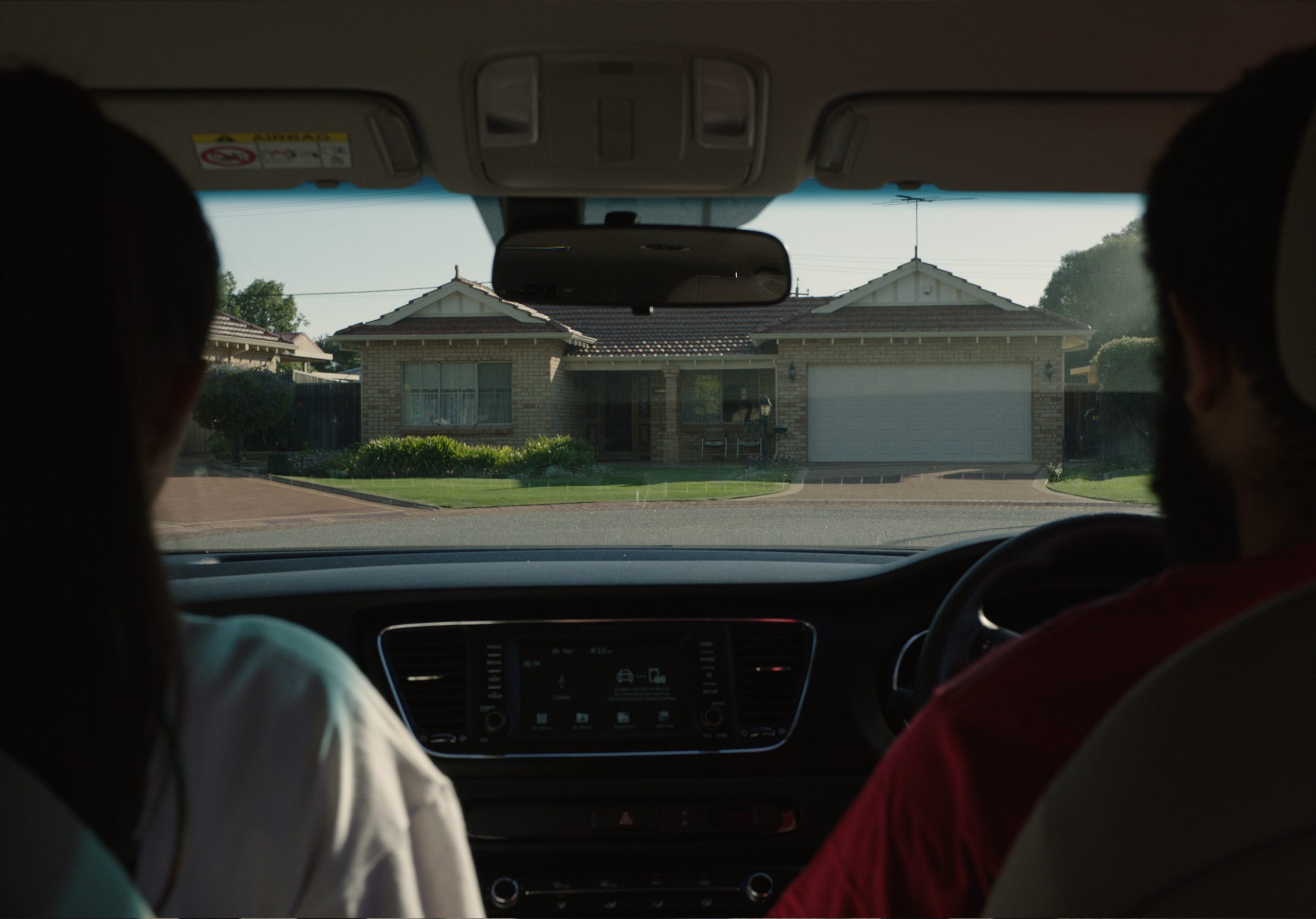 The robot foot lands in the middle of the street as seen from inside a car.

Just the sun and some fun. 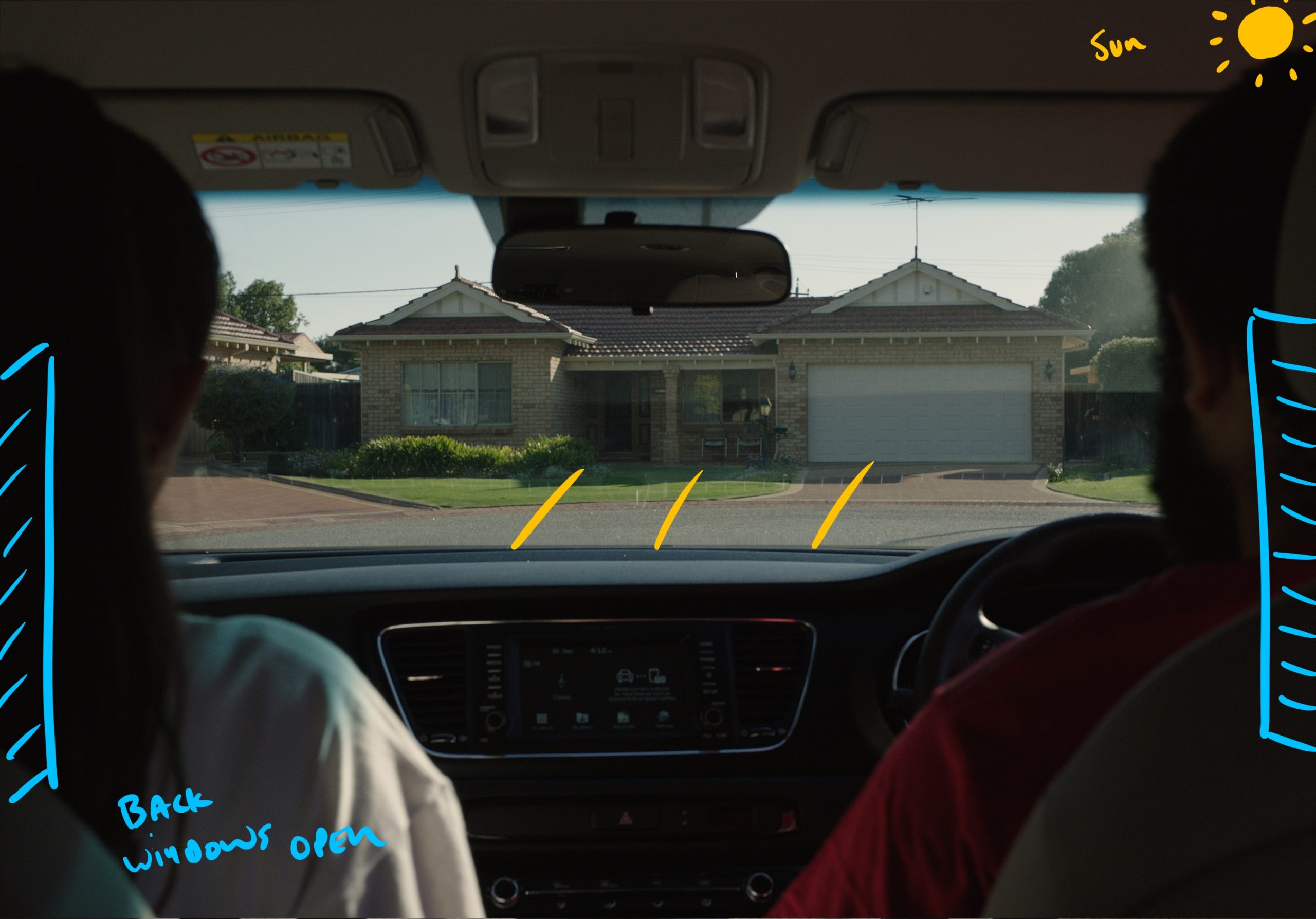 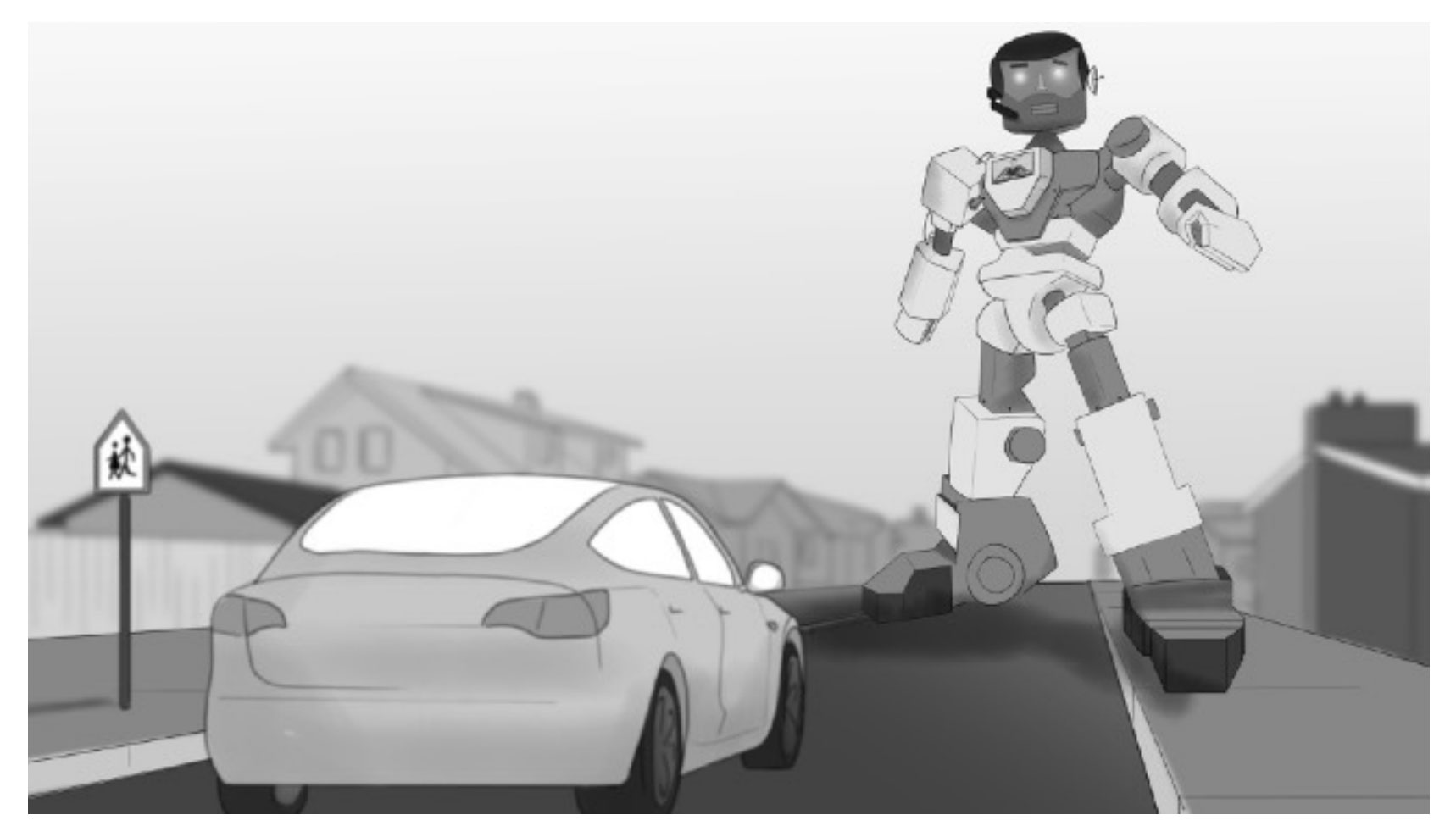 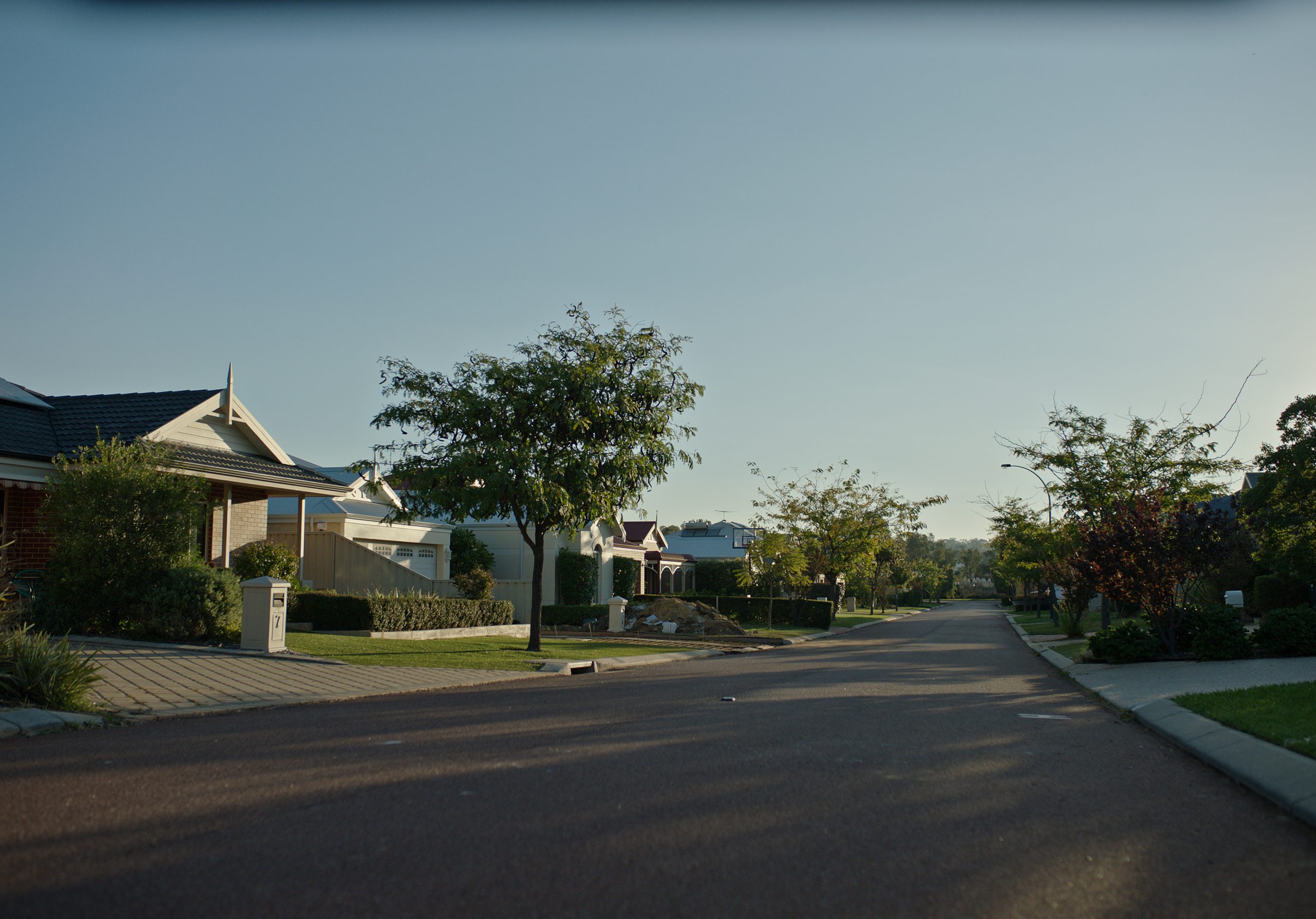 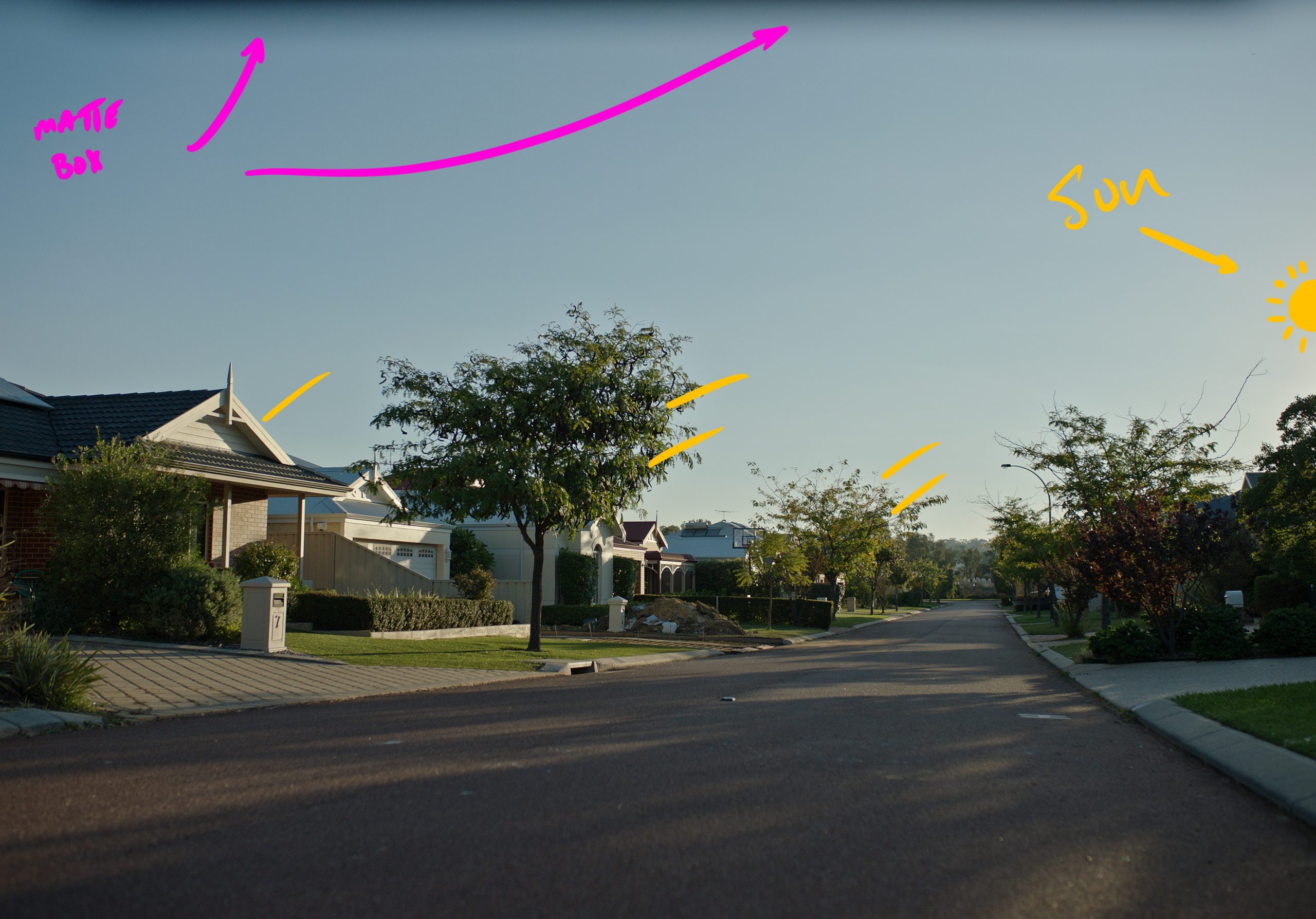 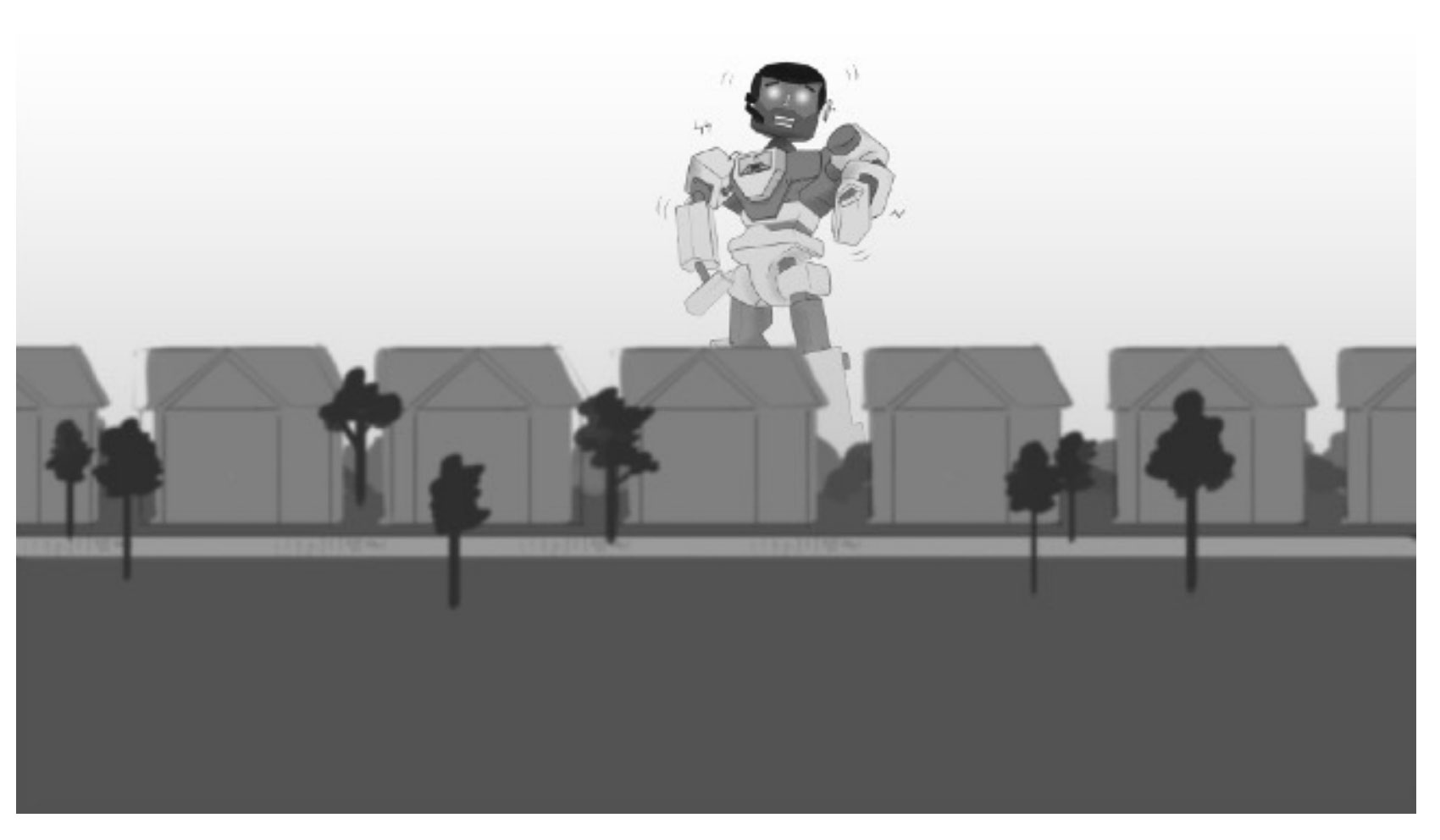 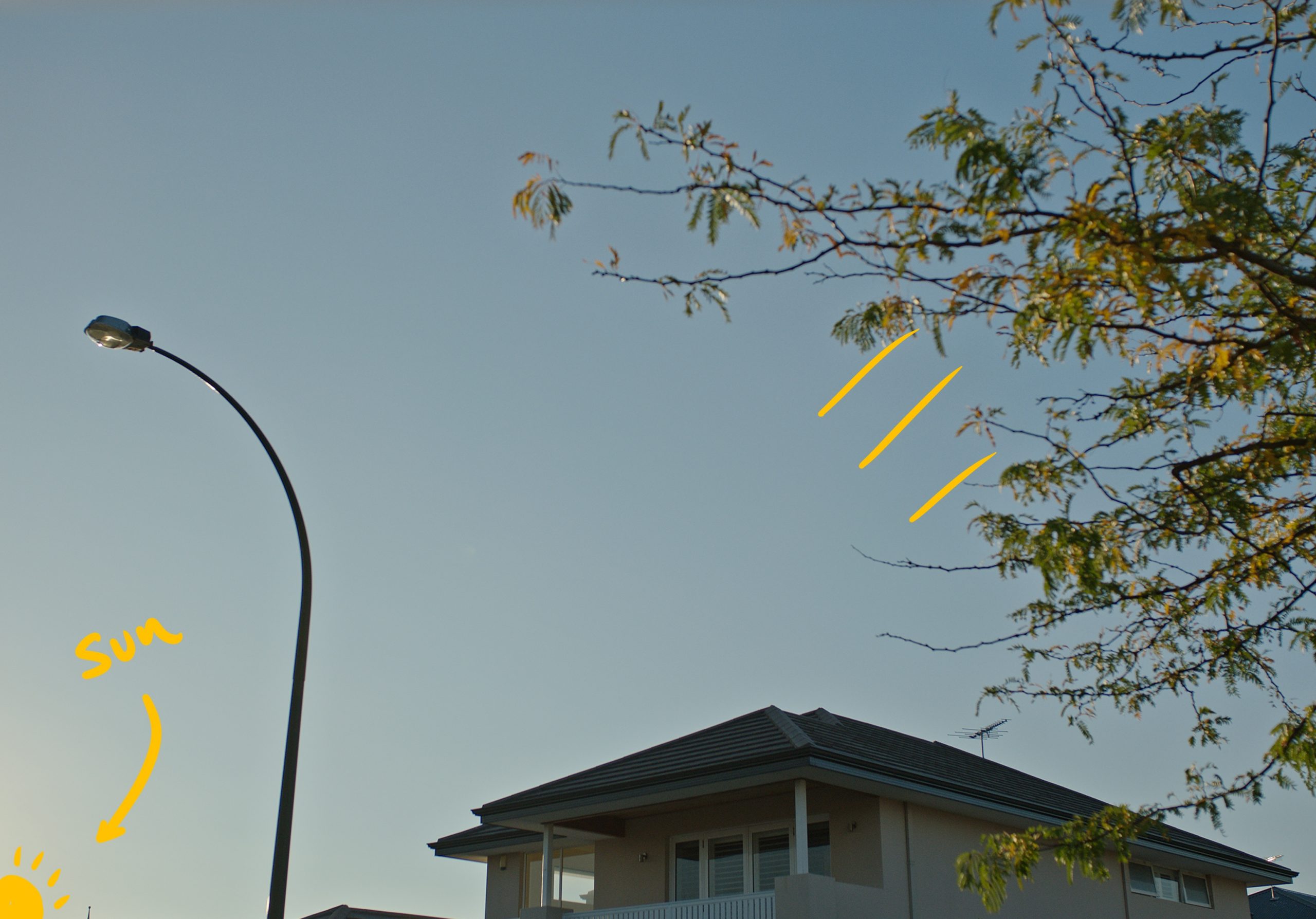 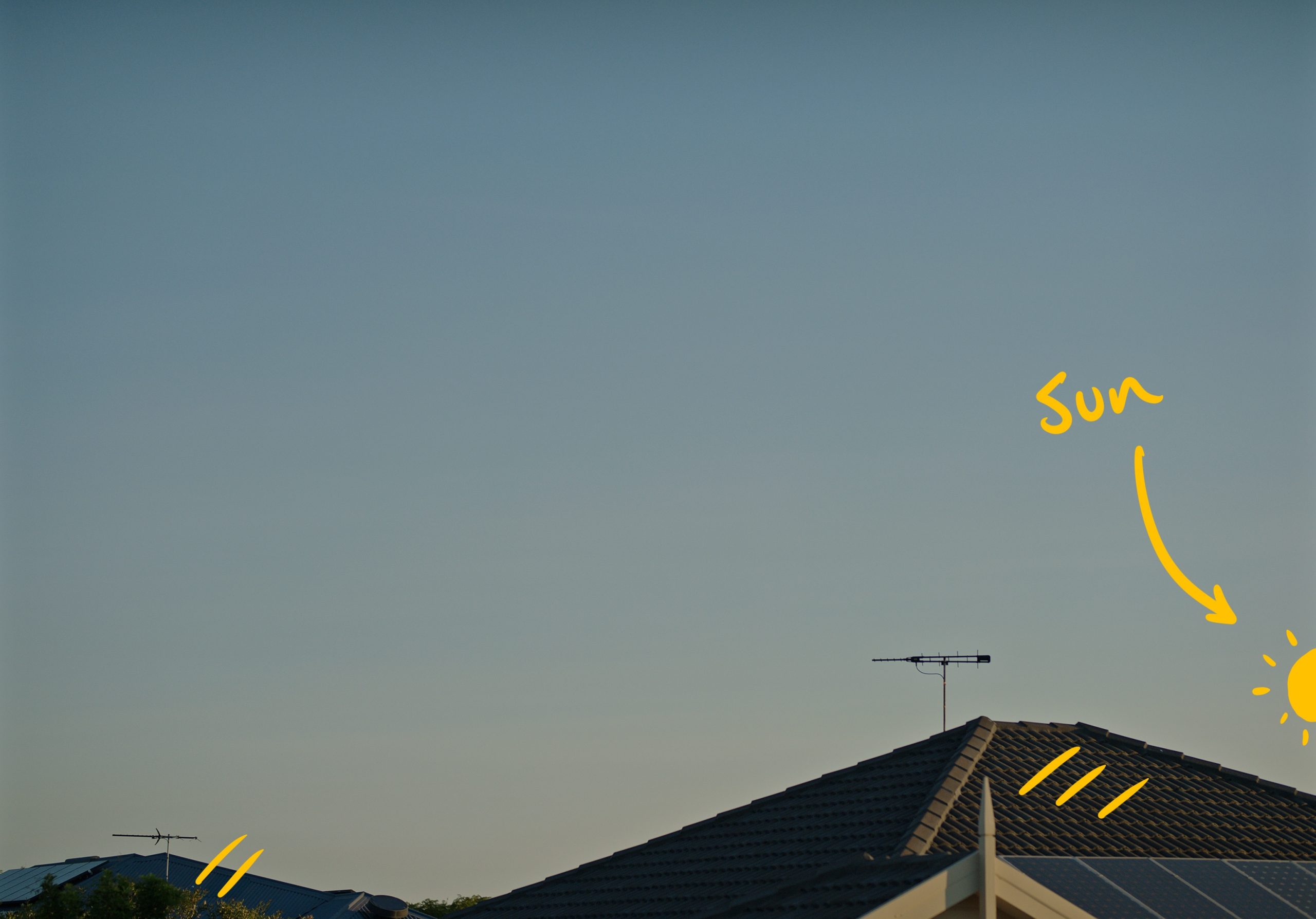