Hello everyone and welcome to this week's podcast.  We are looking at a recent commercial shot in a studio set up with a few interesting twists along the way.

We are in a studio with no grid, very limited time, and shooting the world's largest bathroom with 4 characters and an equal amount of eyelines in half a day. 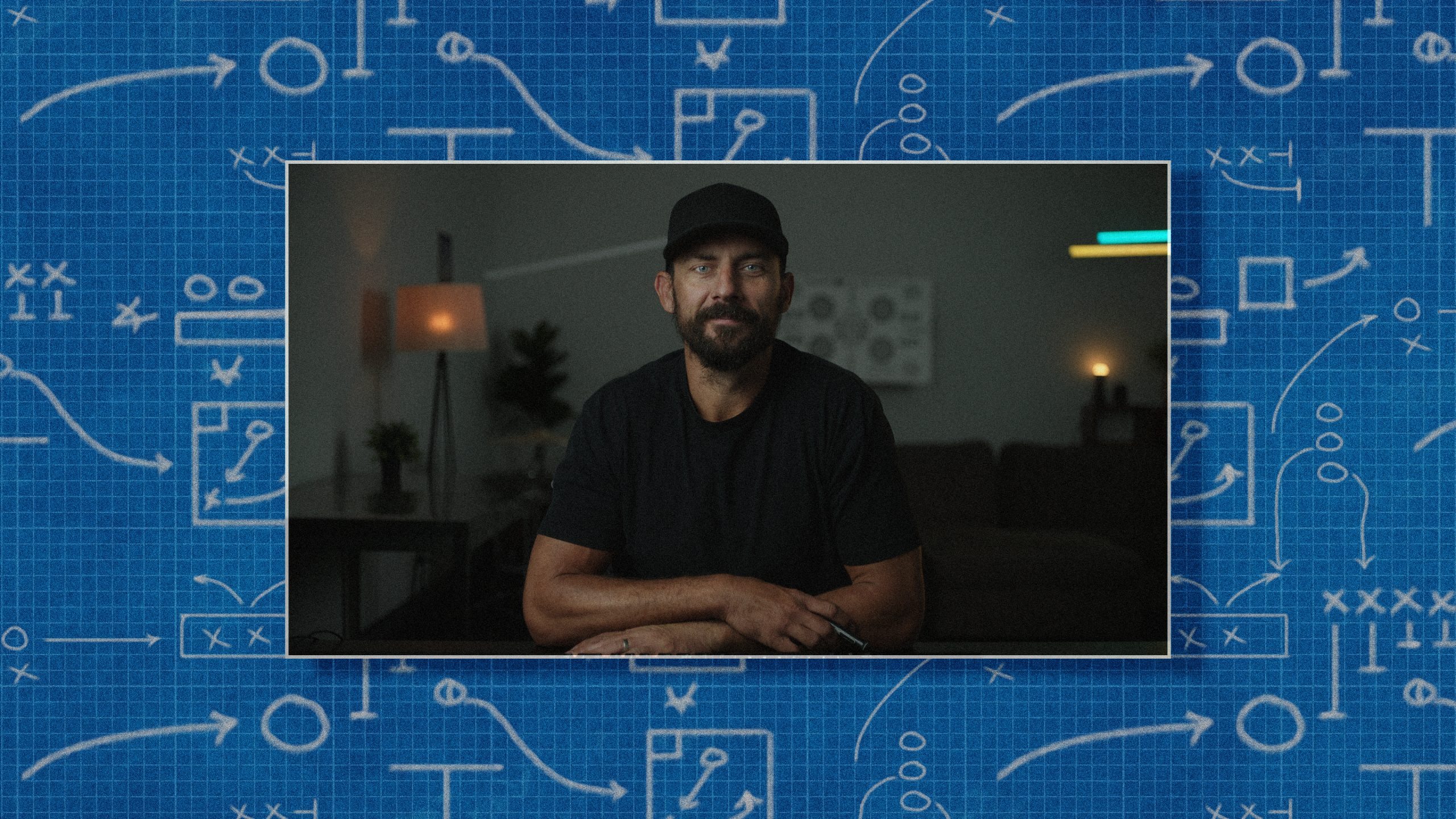 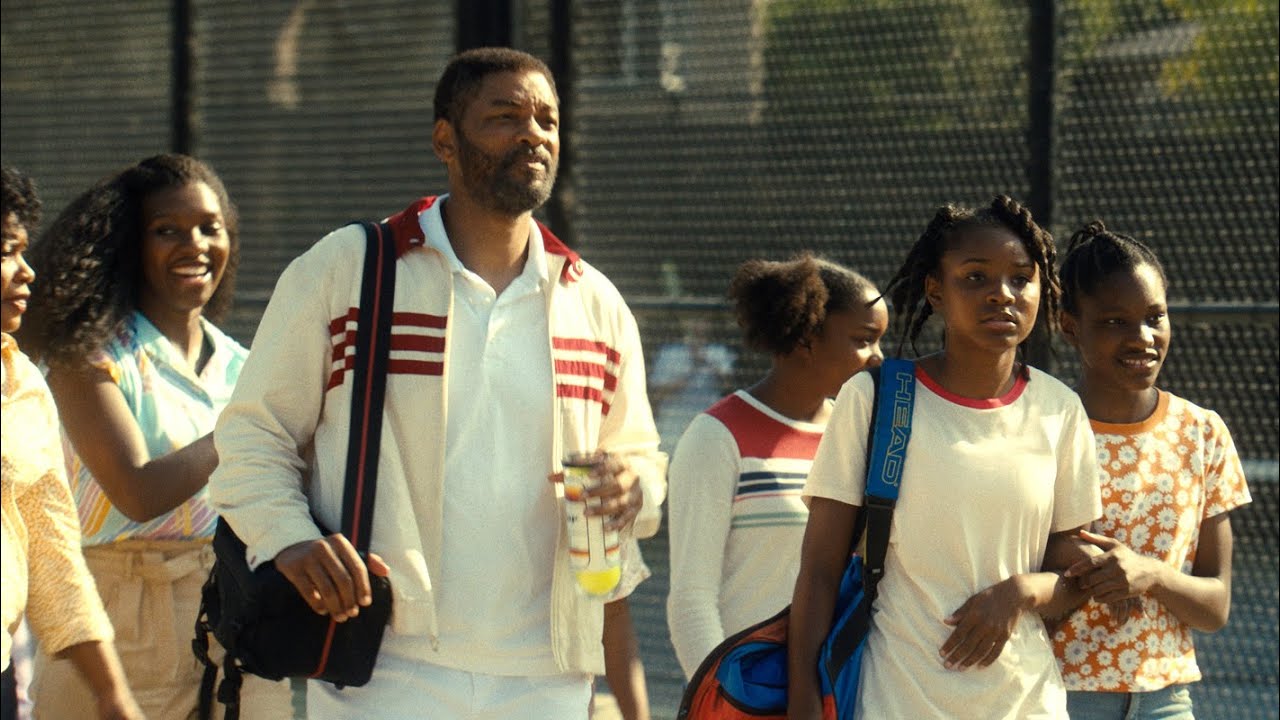 The Patreon Breakdown this week is King Richard shot by Robert Elswit ASC.

WE have done a number of Robert's films on the breakdown episodes in the past and this one provided an interesting look at how he deals with some very challenging location and coverage issues.

I am a big fan of his work and this movie let's us explore another side of his capabilities.

A Studio Shoot - The Spot

The spot opens on a man in a bubble bath.  He quickly realizes he is not alone as ,ultiple team members pop up around him to make his life a little bit easier. 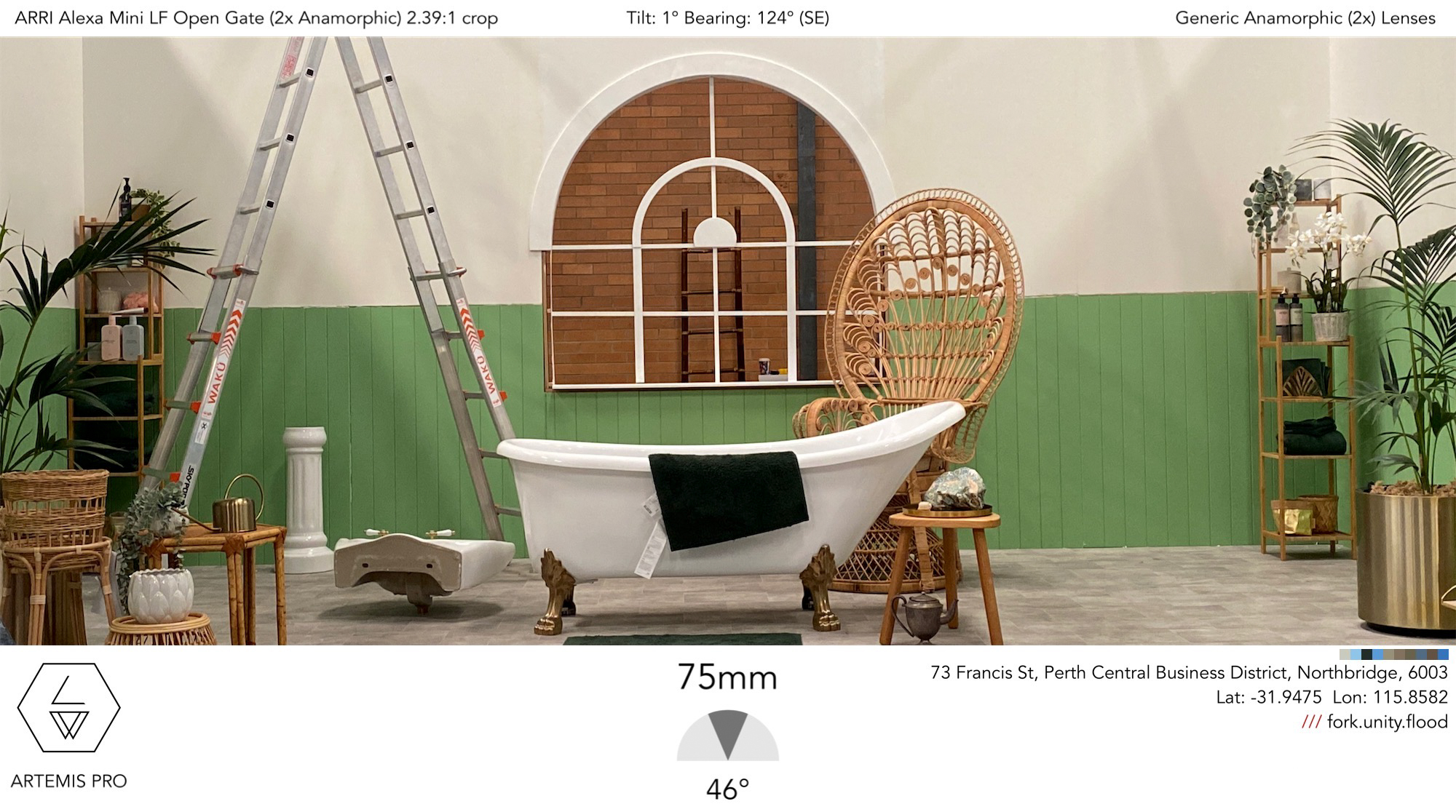 We shot the ad on the Alexa Mini LF and Hawk 2x Anamorphics. 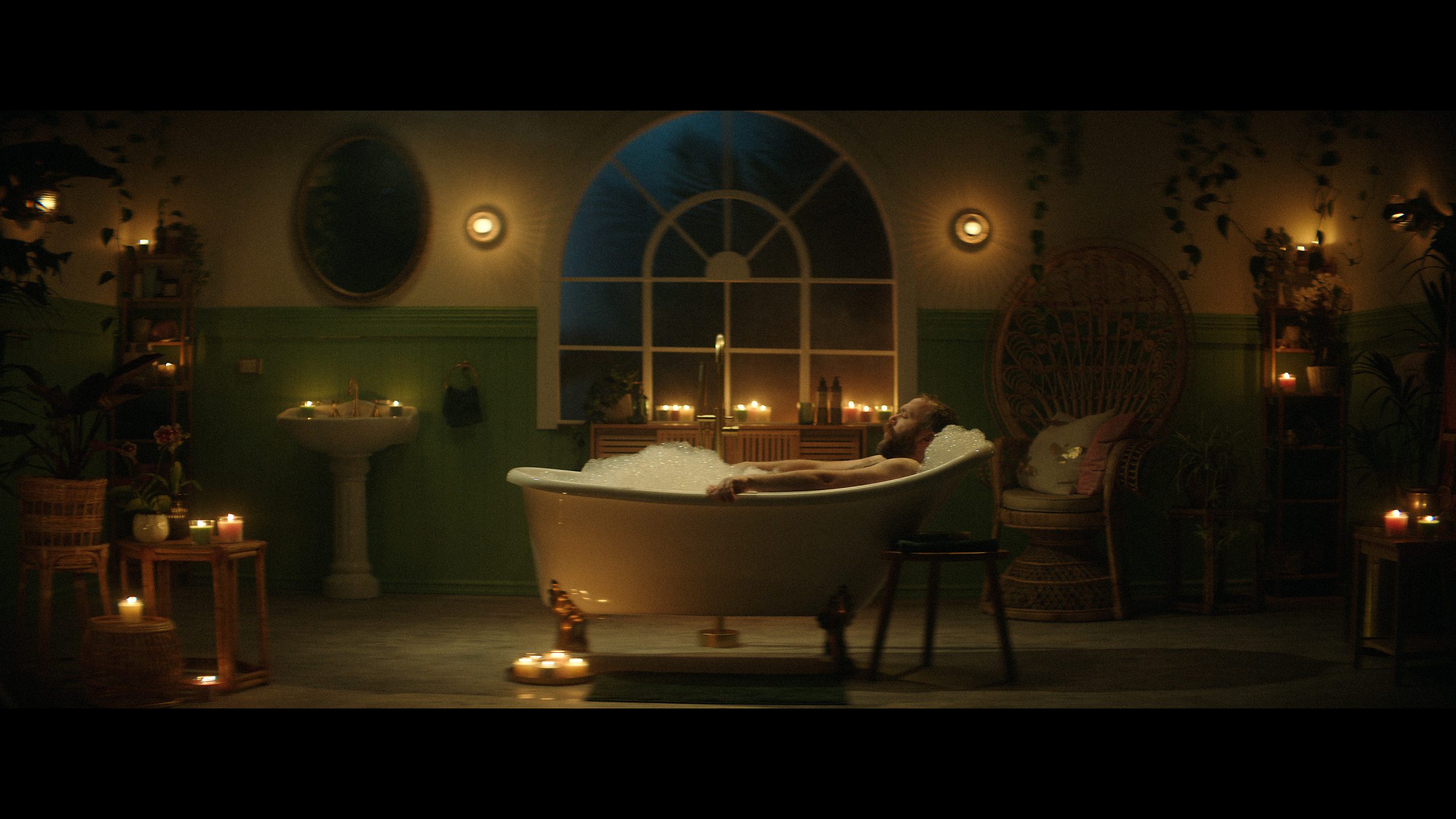 Our hero talent sits in the bath by himself.

We used our home made grid to support a two 2x4 Astera Titan Tube soft boxes that covered the length of the bath and then some.

On either side of those were 2 Filex P60s (maybe) definitely something Filex in little softboxes to help add some wrap.  We would turn them on or off depending on direction we were facing.

In the BG is an Arri Skypanel S60 for the color and inside was a ton of haze and lots of practical candles.

The Final touch was another Filex LED to help bring up the foreground camera left. 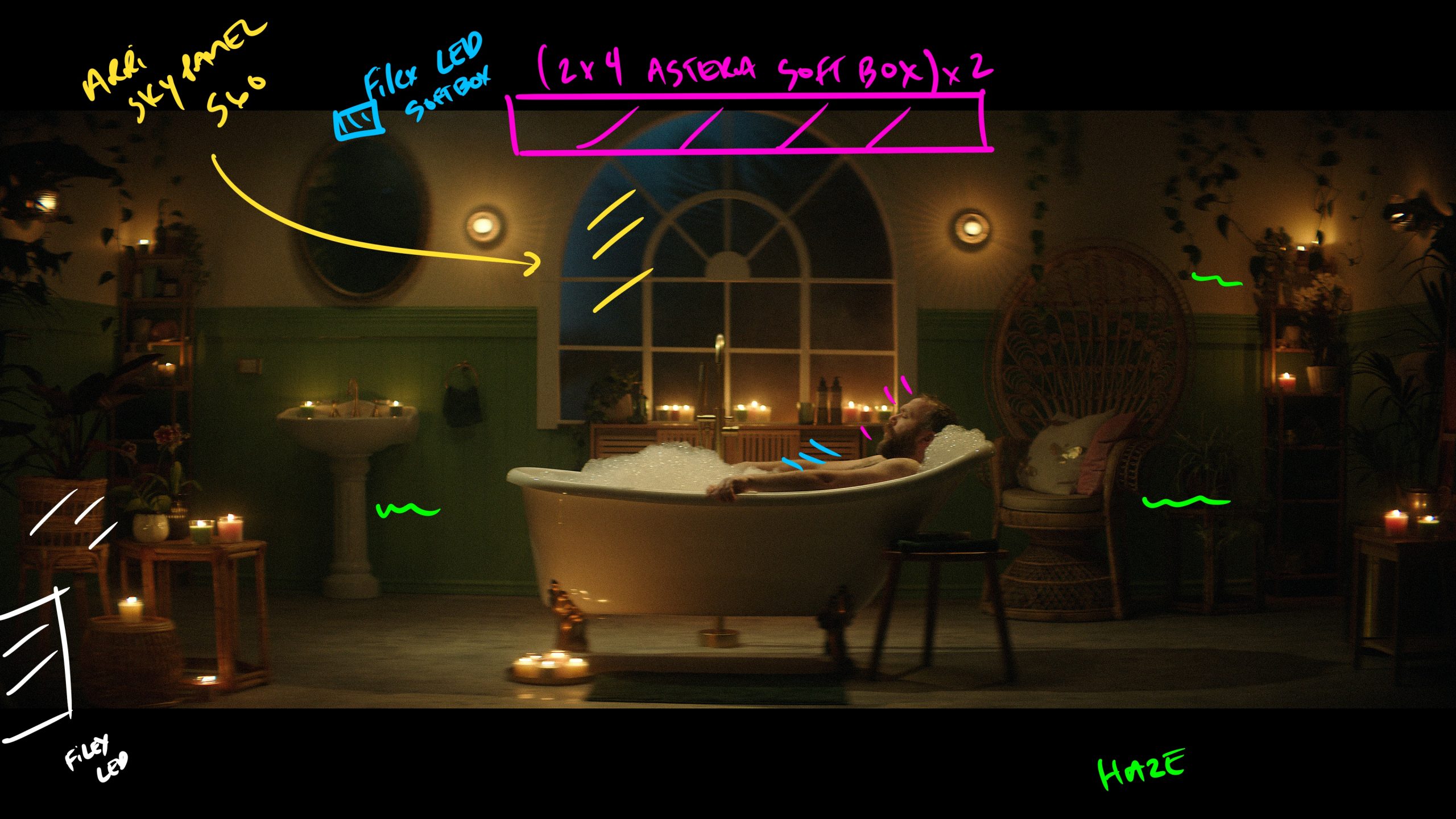 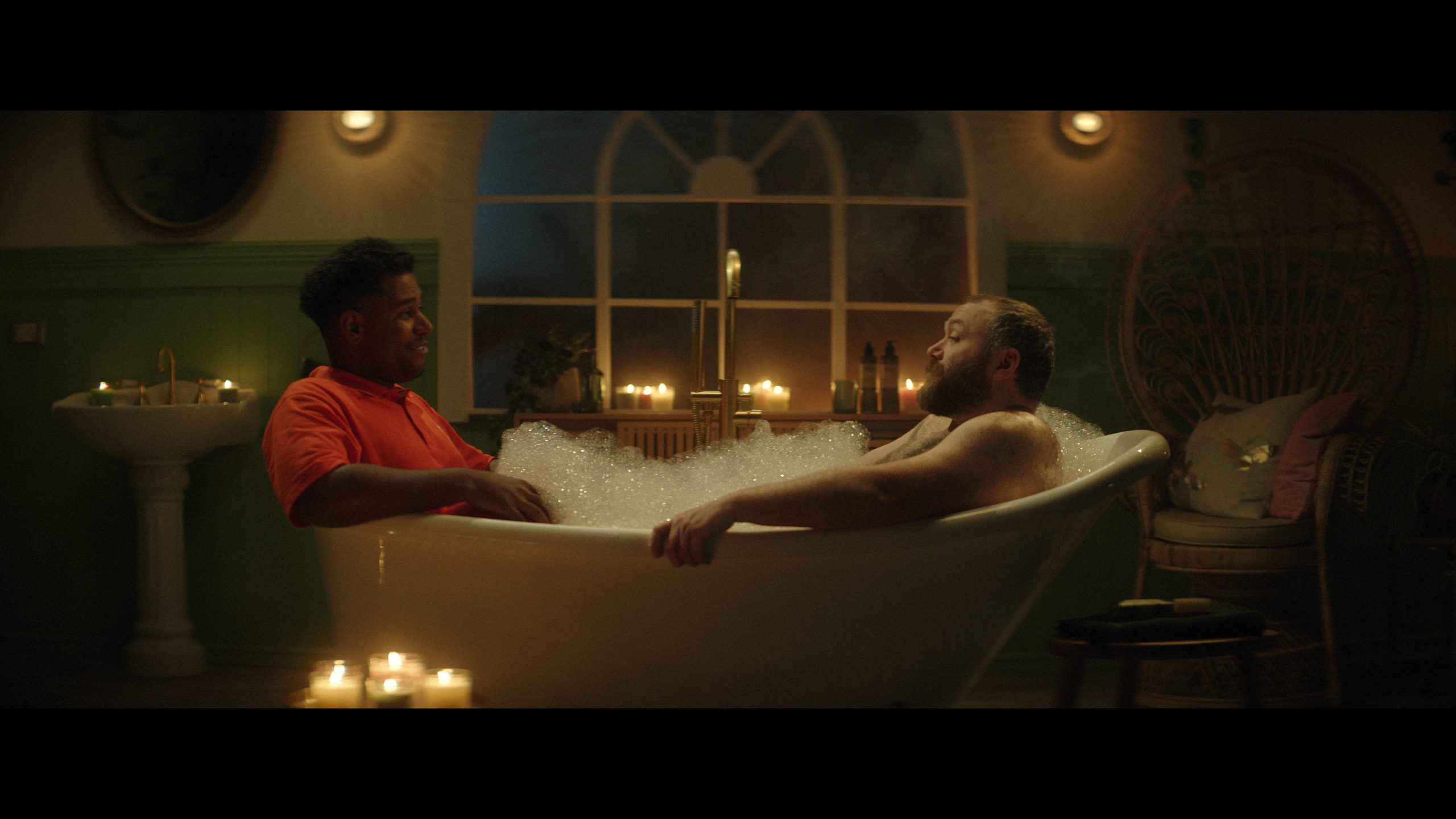 A two shot of the hero in with a spokesperson from the comany.

Same as above but as we moved in we were able to bring the lamps closer and finesse the levels a little bit more. 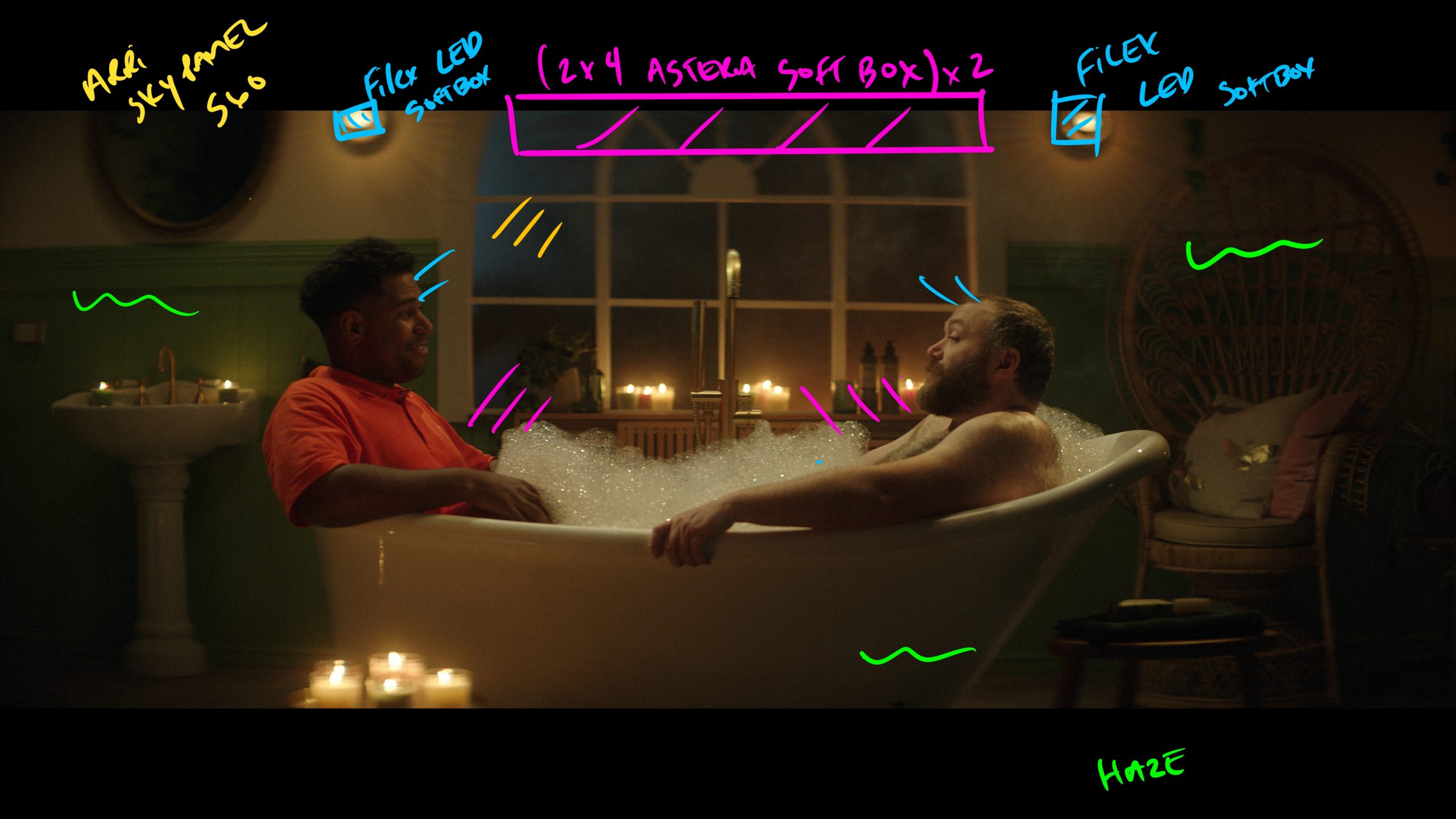 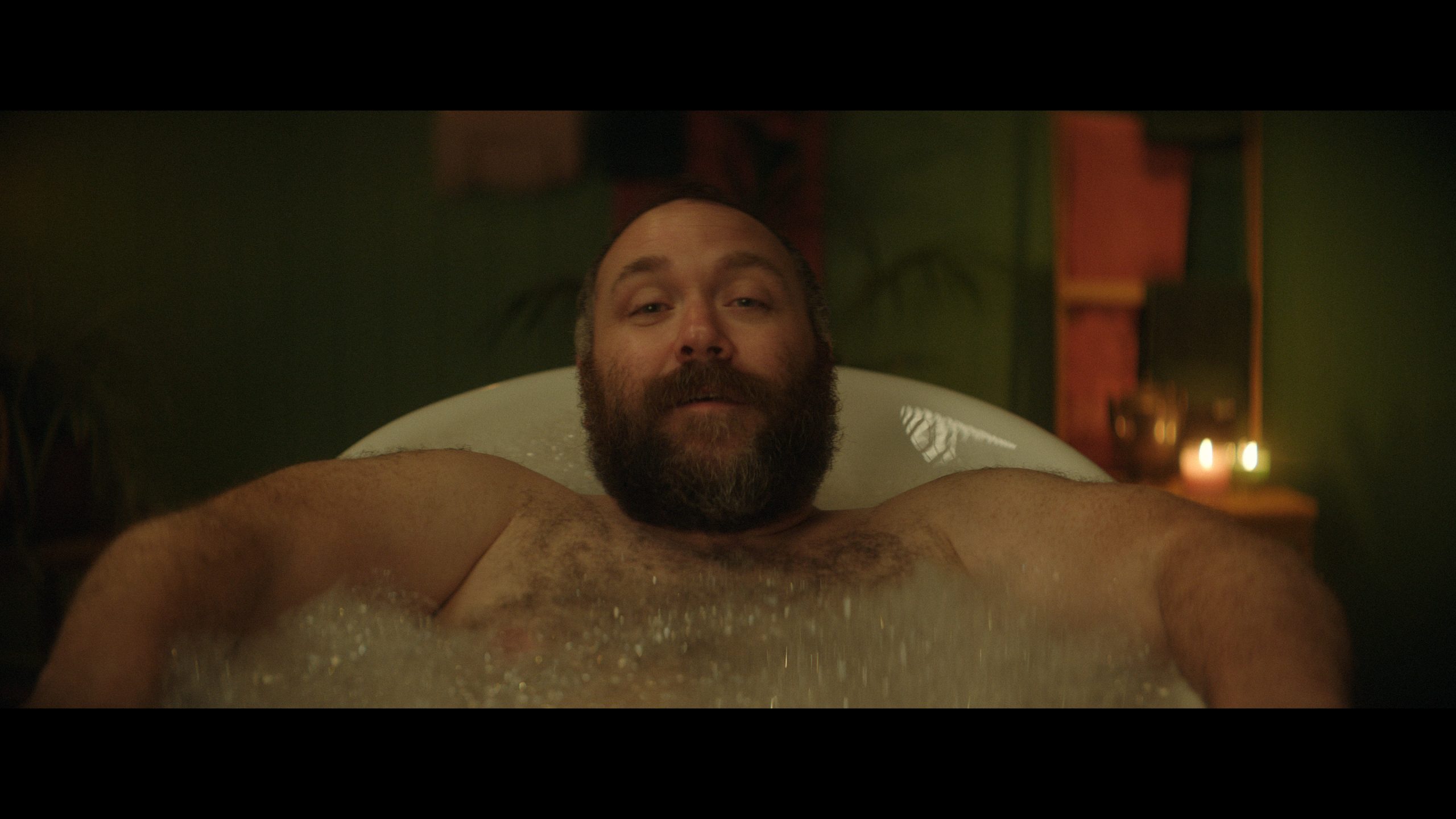 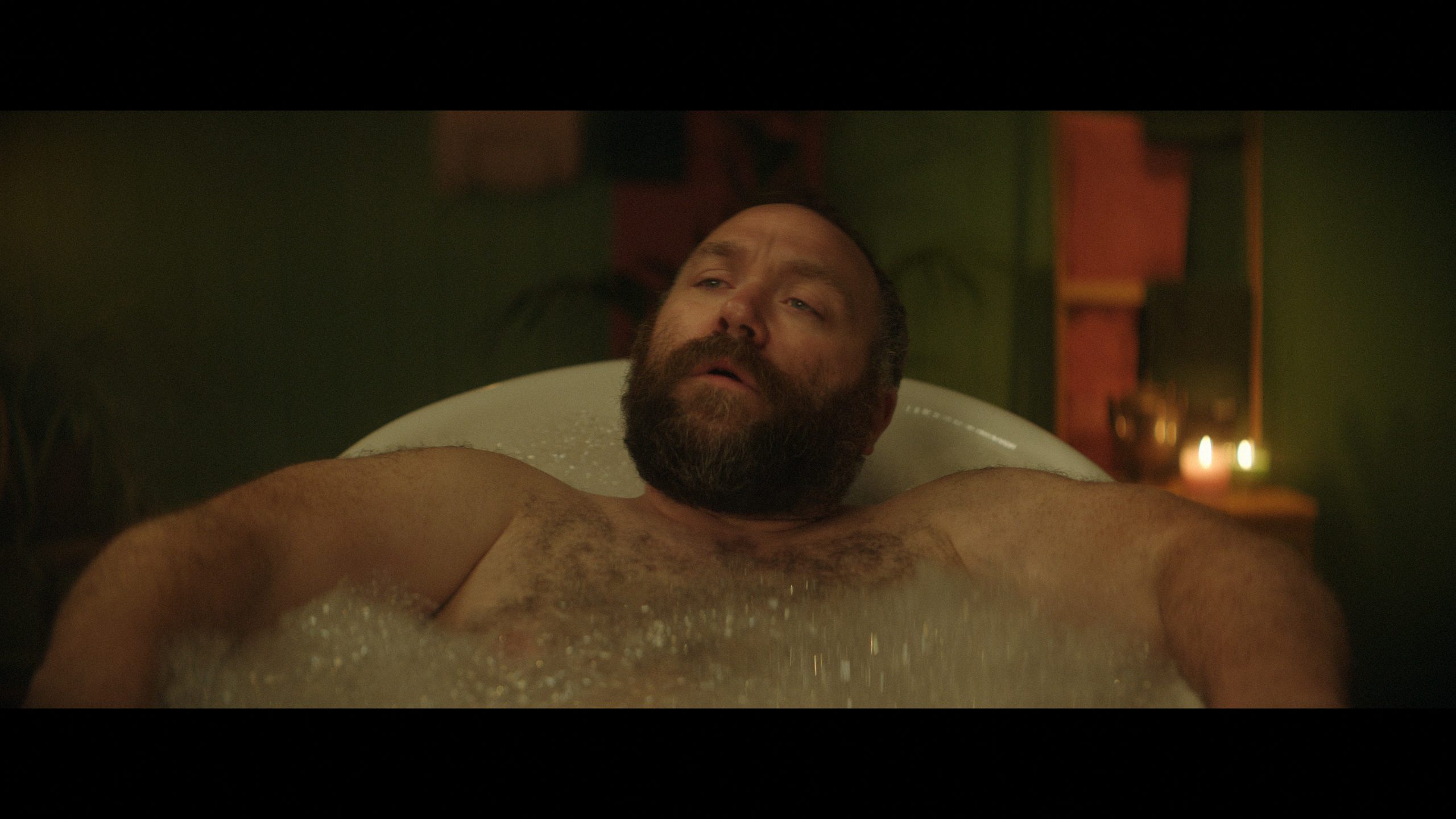 A Quasi POV from inside the bath of our hero talent.  He has 3 eye lines in this shot and we cut back and forth a few different times.

We kept the overhead rig in place but just adjusted levels and brought in an additional Vortex from the ground through a 4x4 frame with a directional grid to control spill onto the background.

This light just helped to soften things up and take the toppiness out of the key. 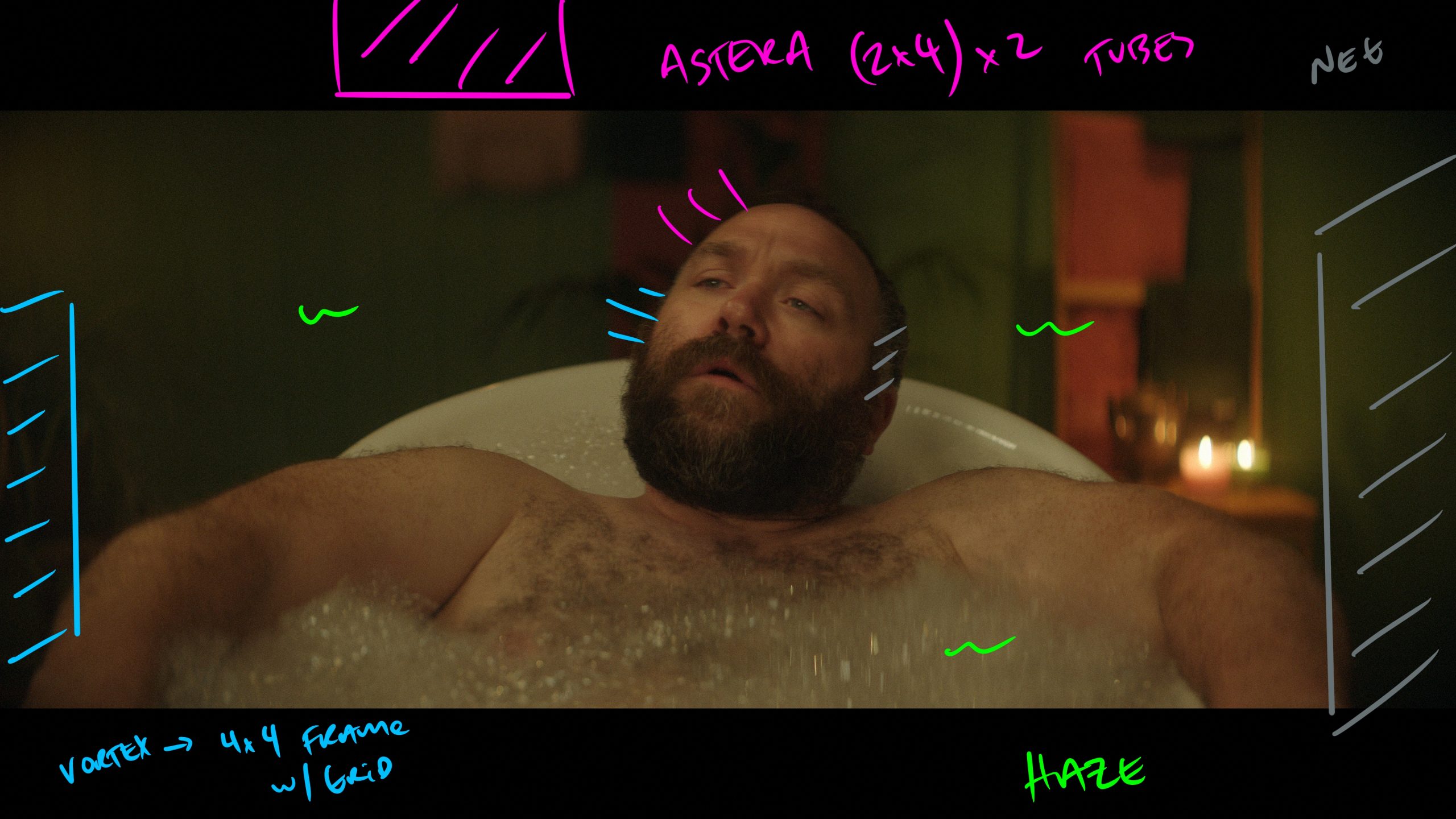 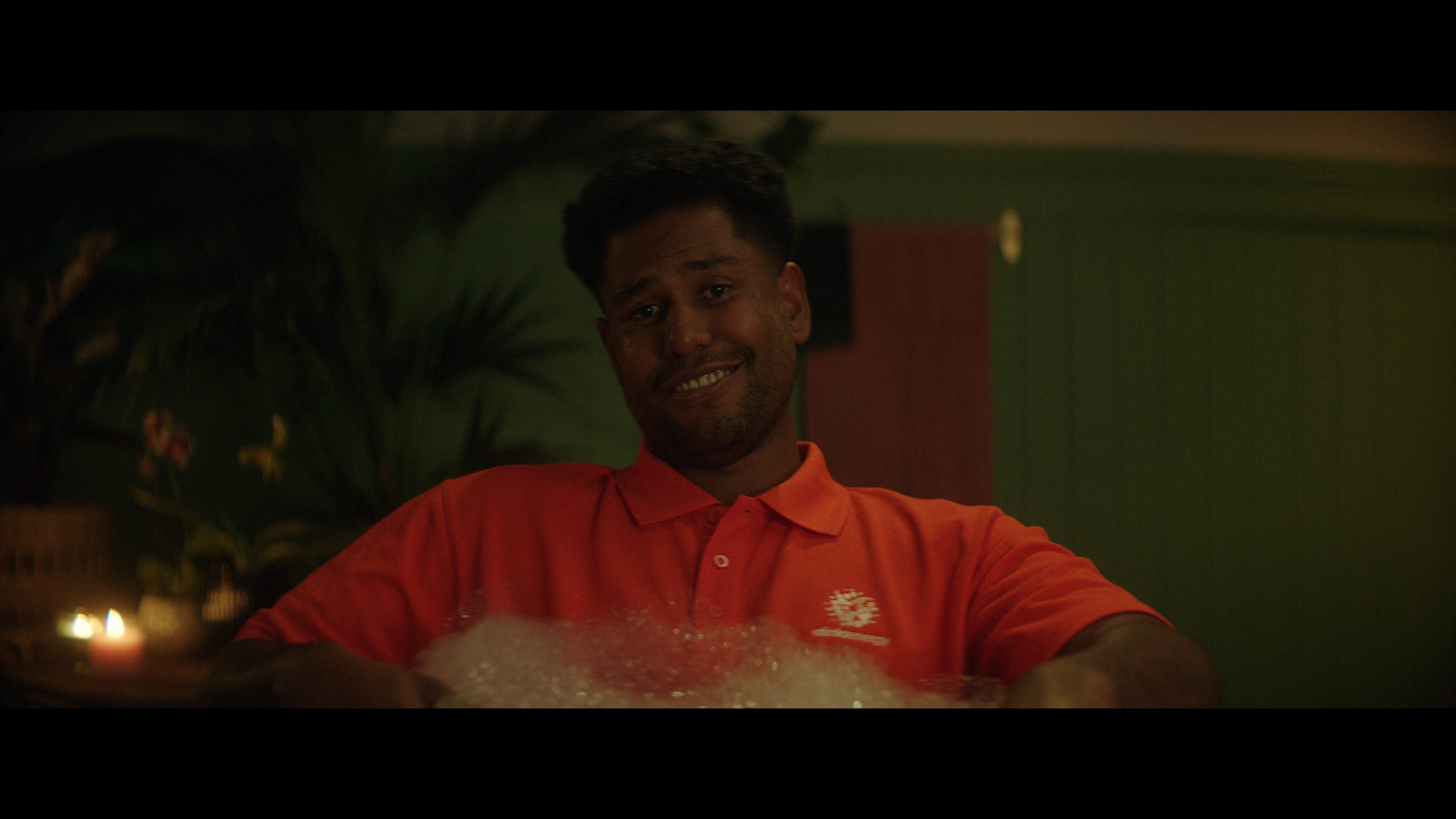 Reverse shot of the previous set up.

Same as above but the opposite direction so we used the grid to kill what we didn't need and adjust what we did to suit the direction. 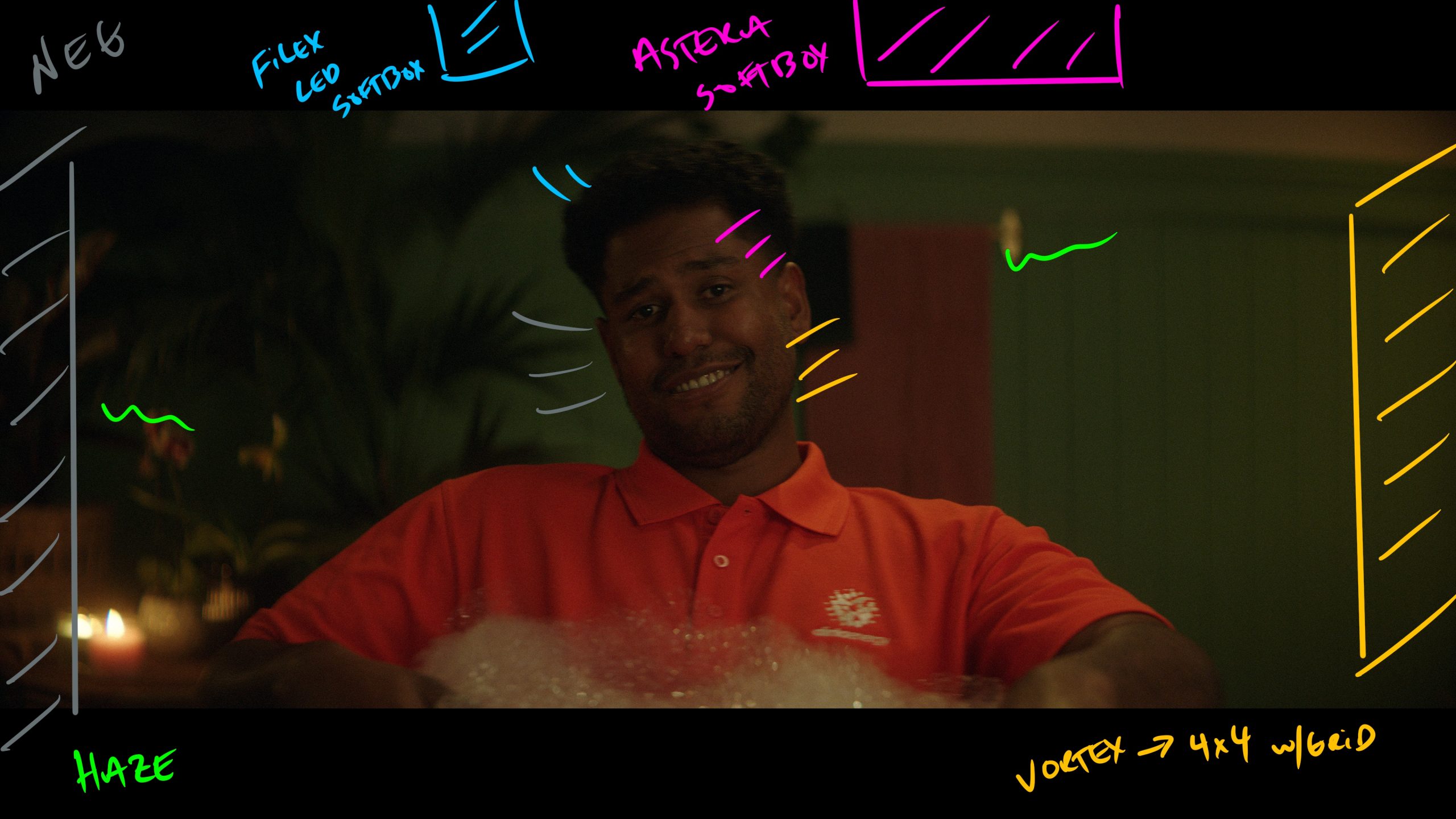 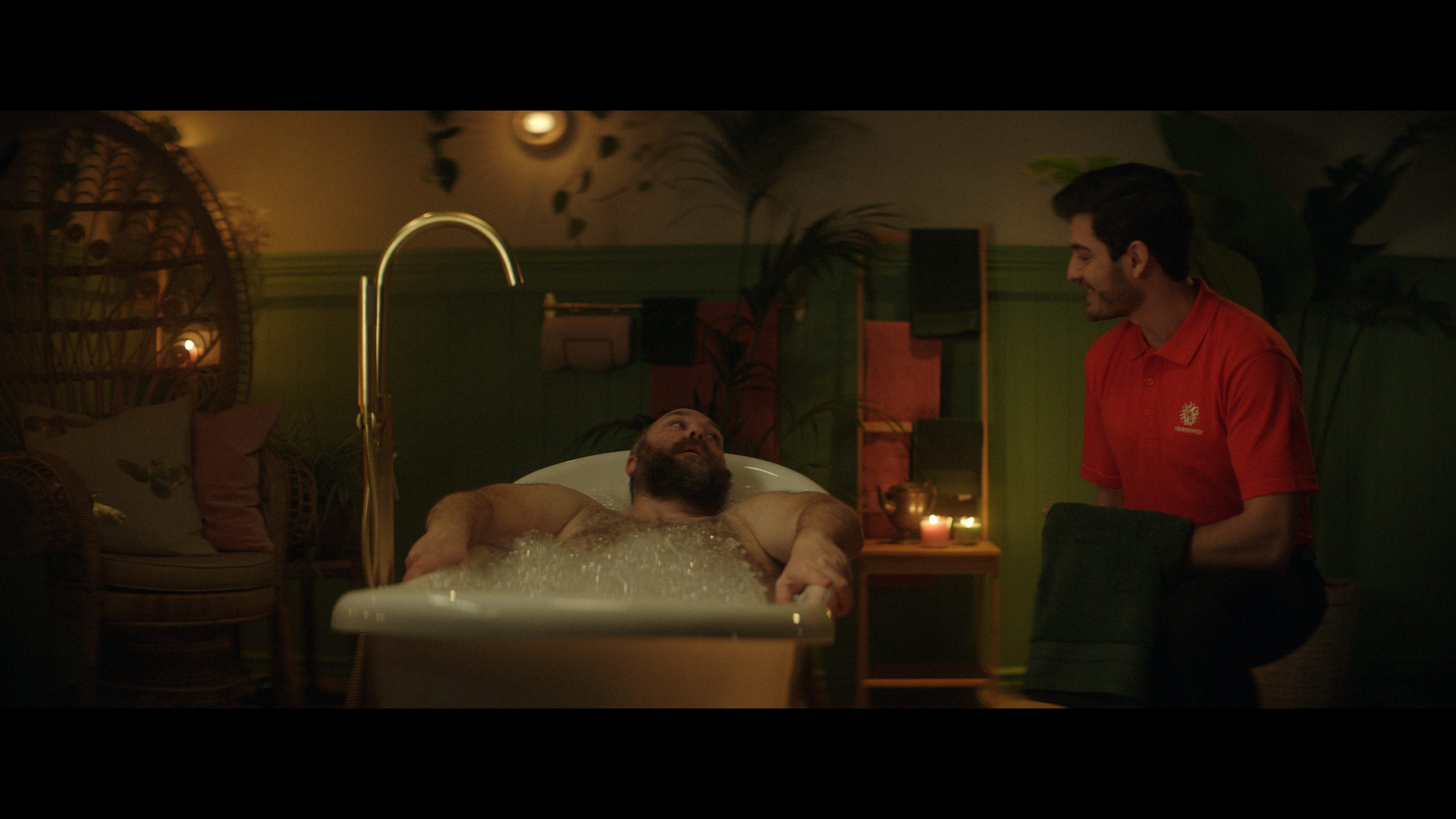 The camera dollies back to reveal the 3rd character next to our hero talent.

Using the grid we brought up the ambient to help carry it over to the second character now in the frame. We then did the same with the Vortex from before. 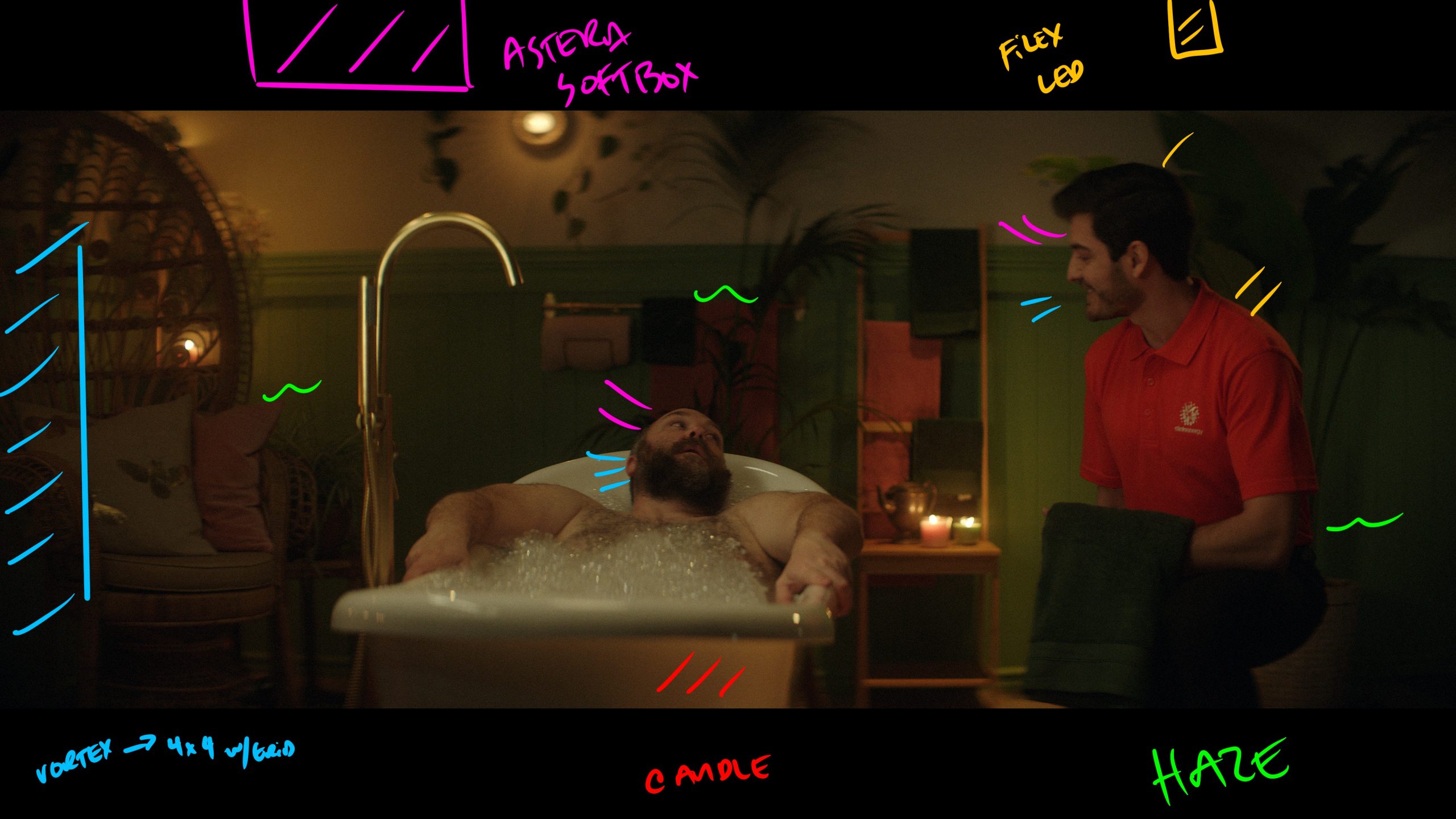 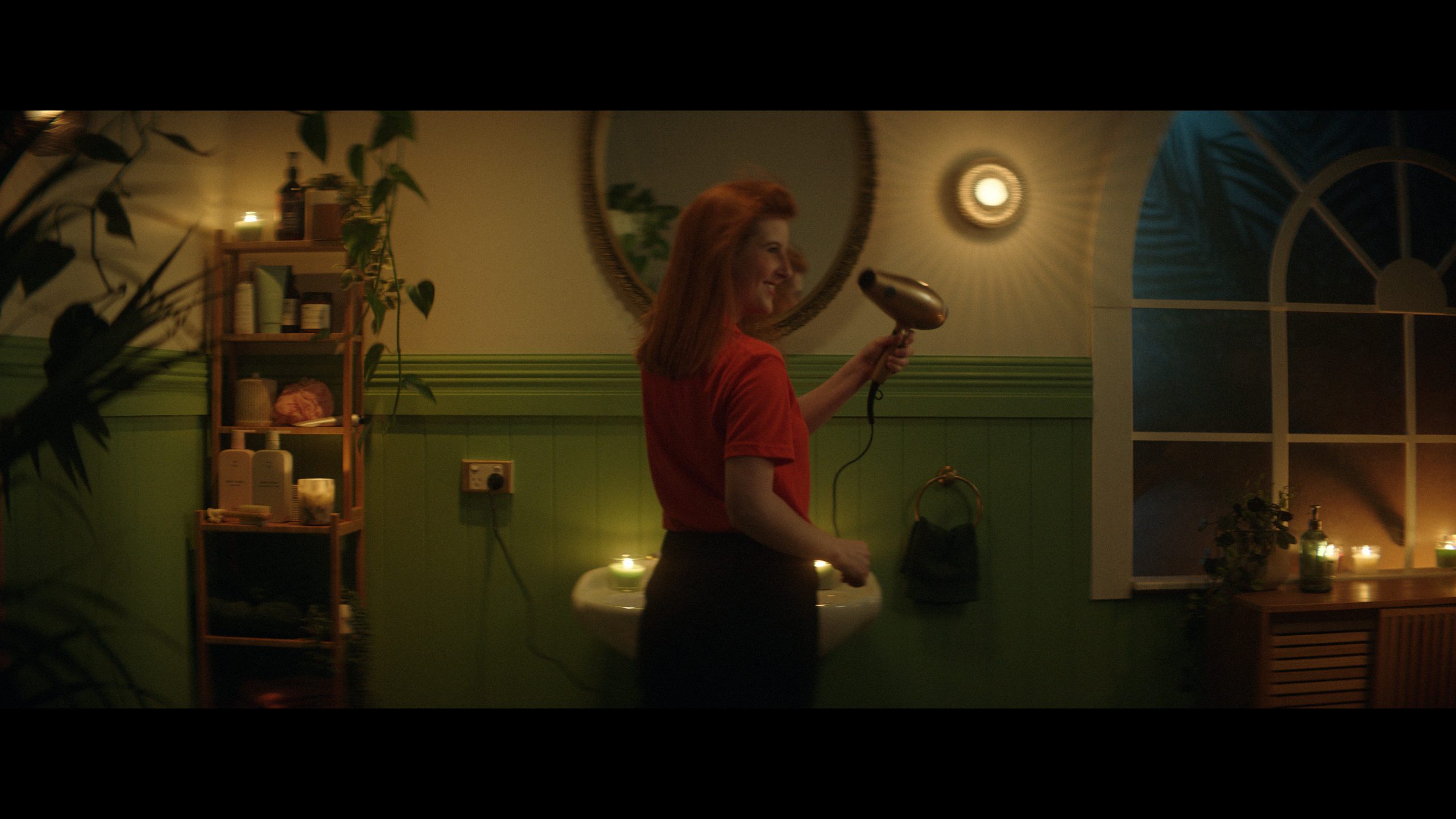 A mid shot of our last talent blow drying her hair as she shouts a few key lines over to the tub character.

Here we killed the softbox over the bath and brought up the skirted china ball LED rig we had just above the sink.

Outside we still had the skypanel doing the night levels and then we adjusted practicals and added an 8x8 ultra bounce behind camera for the mirror shoot off so it wouldn't be looking into a black studio.

We also added a Vortex through a 4x4 frame with a grid from camera right to help undo the toppiness of the overhead china ball rig. 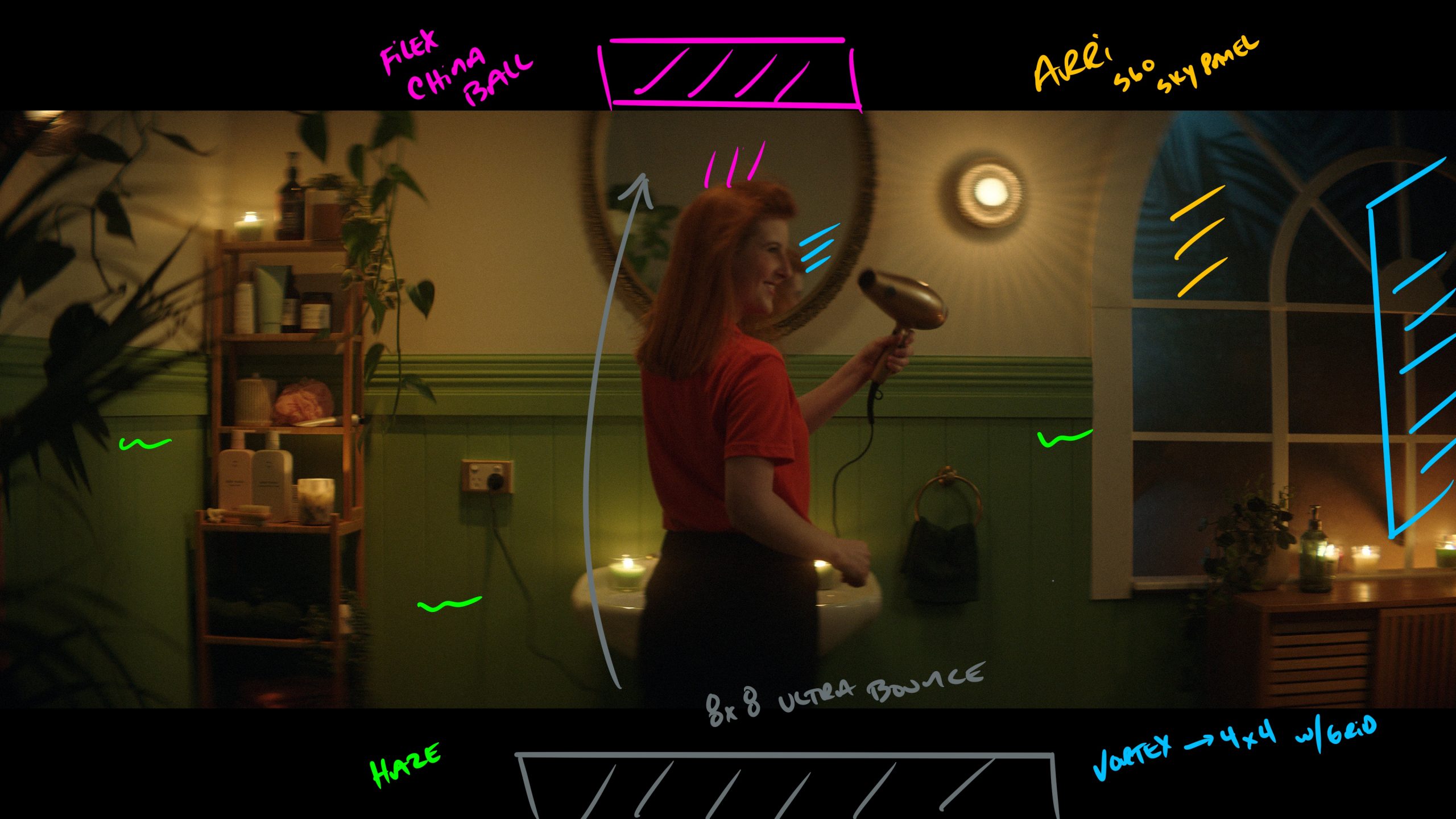 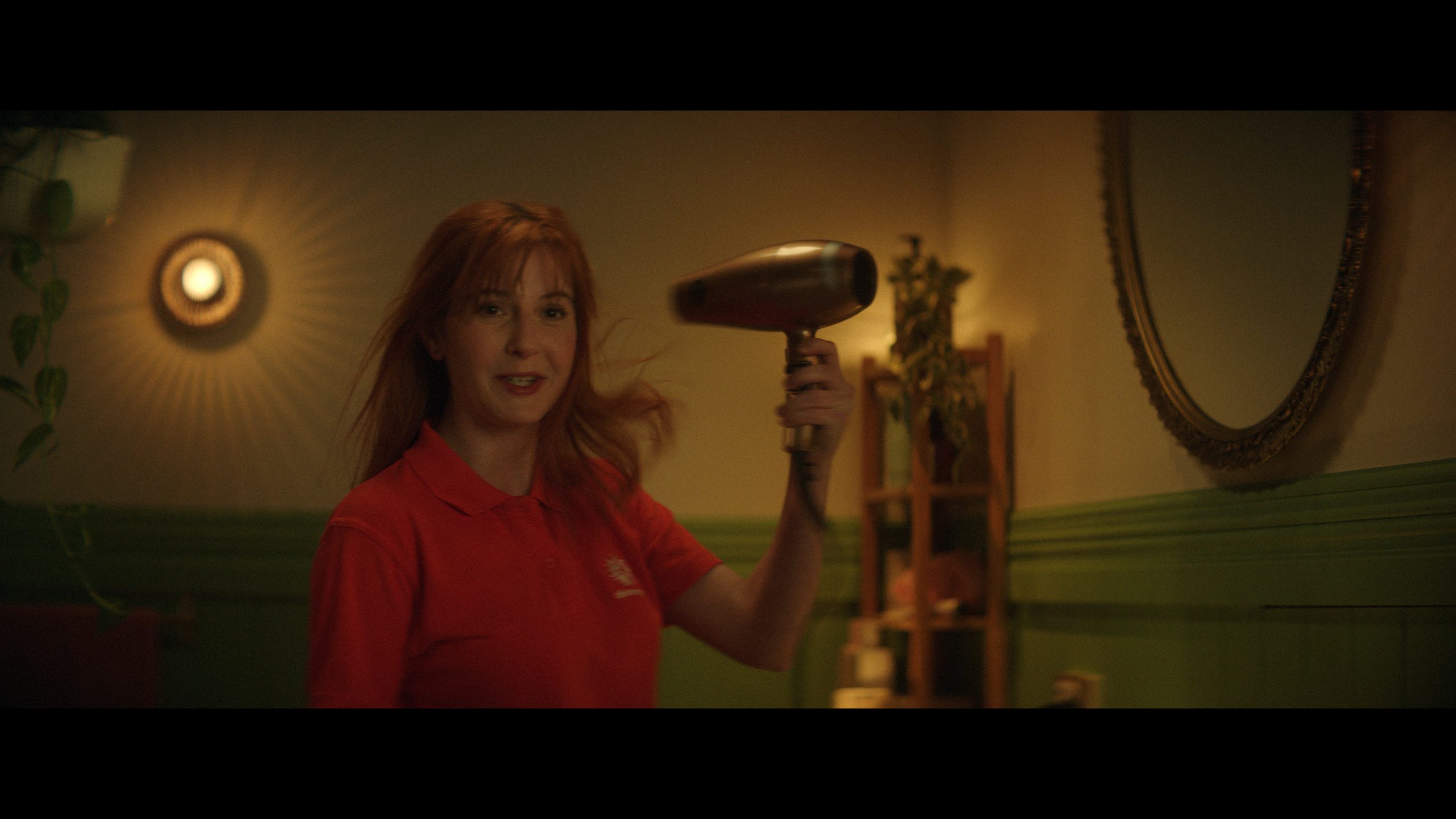 The Reverse shot to the bath eye line from shot #3.

Same as above except we killed the Arri Skypanel outside and brought the Vortex 4x4 rig closer from frame right to soften up the light even further. 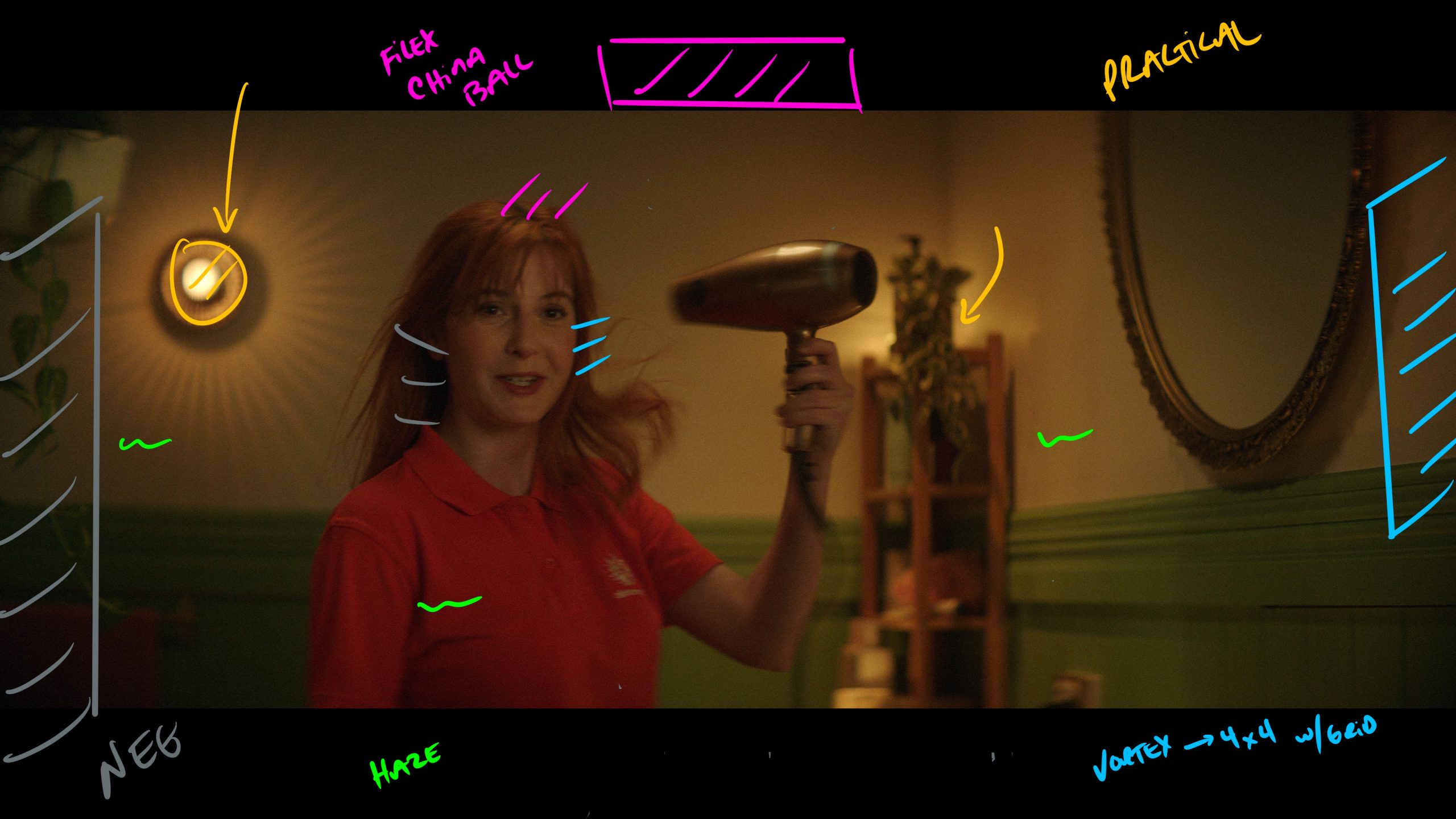 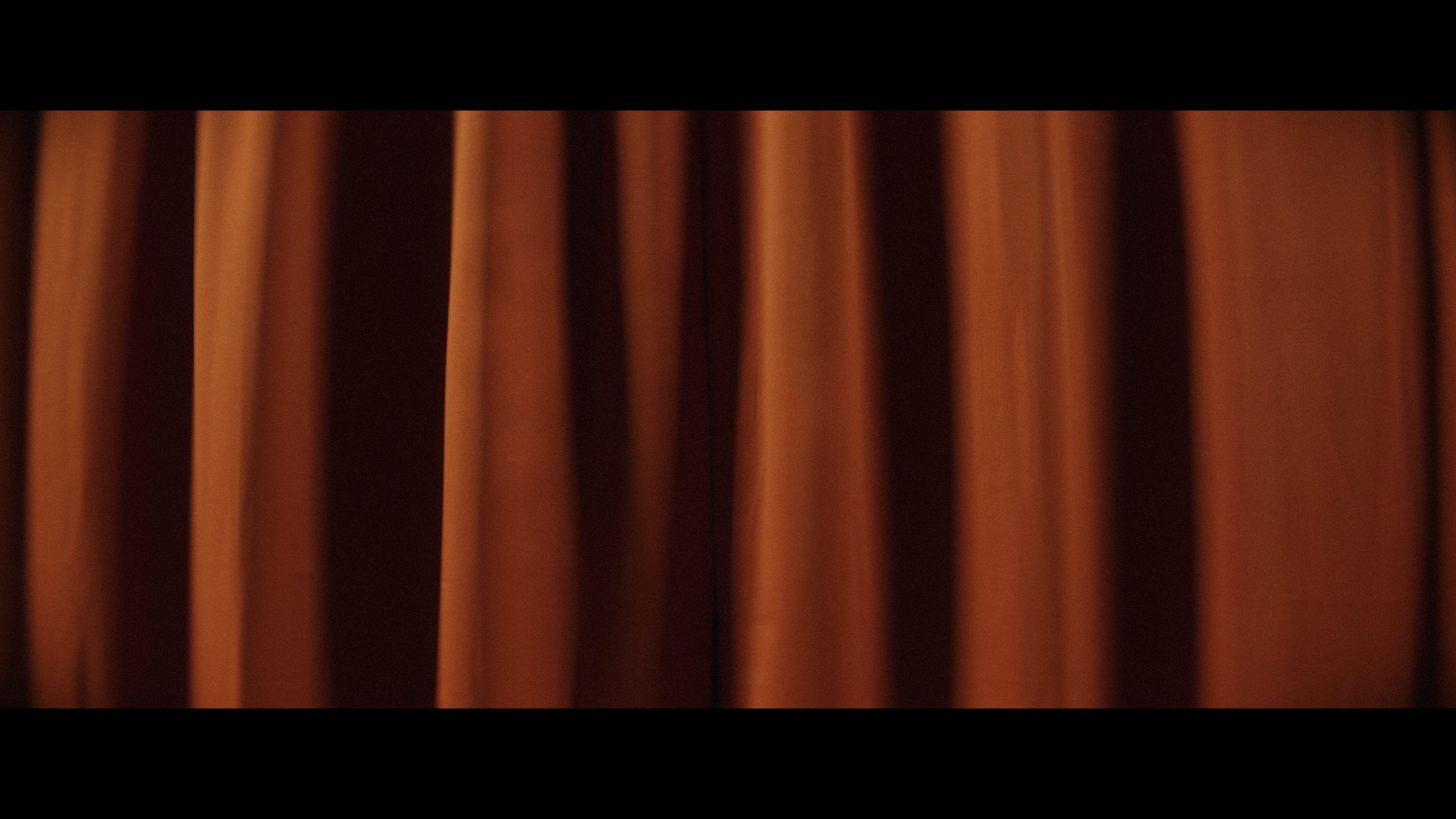 A element shot we needed for all the ads we were doing.  The curtain pulls back to reveal the scene but we shot this on black so it could be overlaid later on to each spot.

One Arri Skypanel S60 from the camera left side to bring up the contrast and add the shadows to show some depth on the curtain. 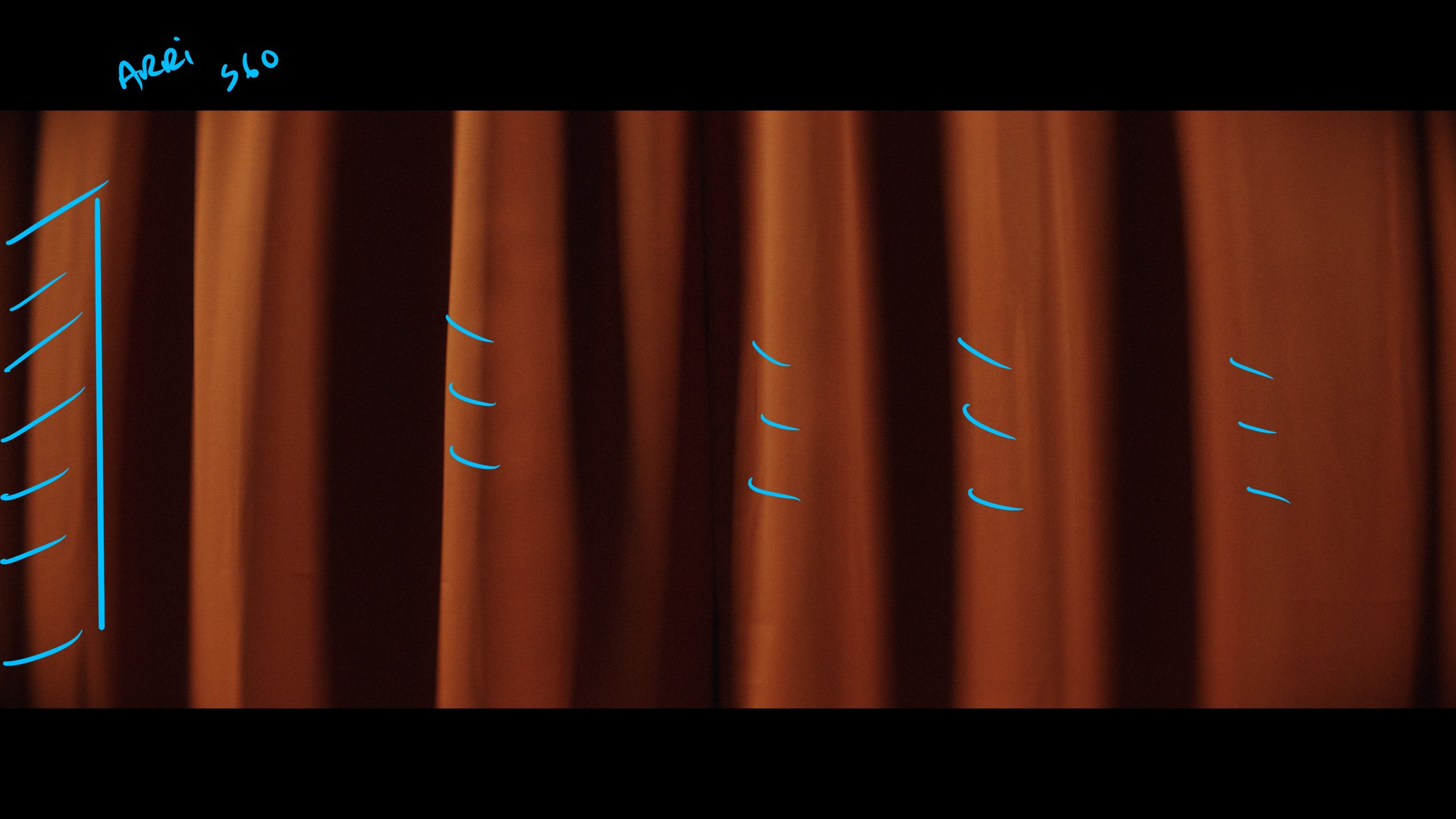