With the recent announcement of the Alexa Mini LF and the other camera manufacturers already having their own version of larger than S35 sensors the age of full frame image capture is officially upon us.

While the Alexa LF may have cracked the door open for some productions to embrace full frame capture, the Mini will end up blowing the entire house down.  In this episode we will take an extensive look at a spot I shot using the Alexa LF and the Arri Signature Primes.

There are pros and cons with any format change and we outline a few of the big ones in today's show.

The breakdowns are now coming thick and fast over on Patreon.  We are plowing through the schedule and looking at exactly what it takes to make a feature film and how the lighting approach chagnes based on scenes, timing, budget restrictions and more.

If you are interested in seeing what it takes to get a feature film in the can then this Patreon series is for you.

You can find this week's Patreon Breakdown Podcast by clicking the link below:

For lighting we went all Kino LED. 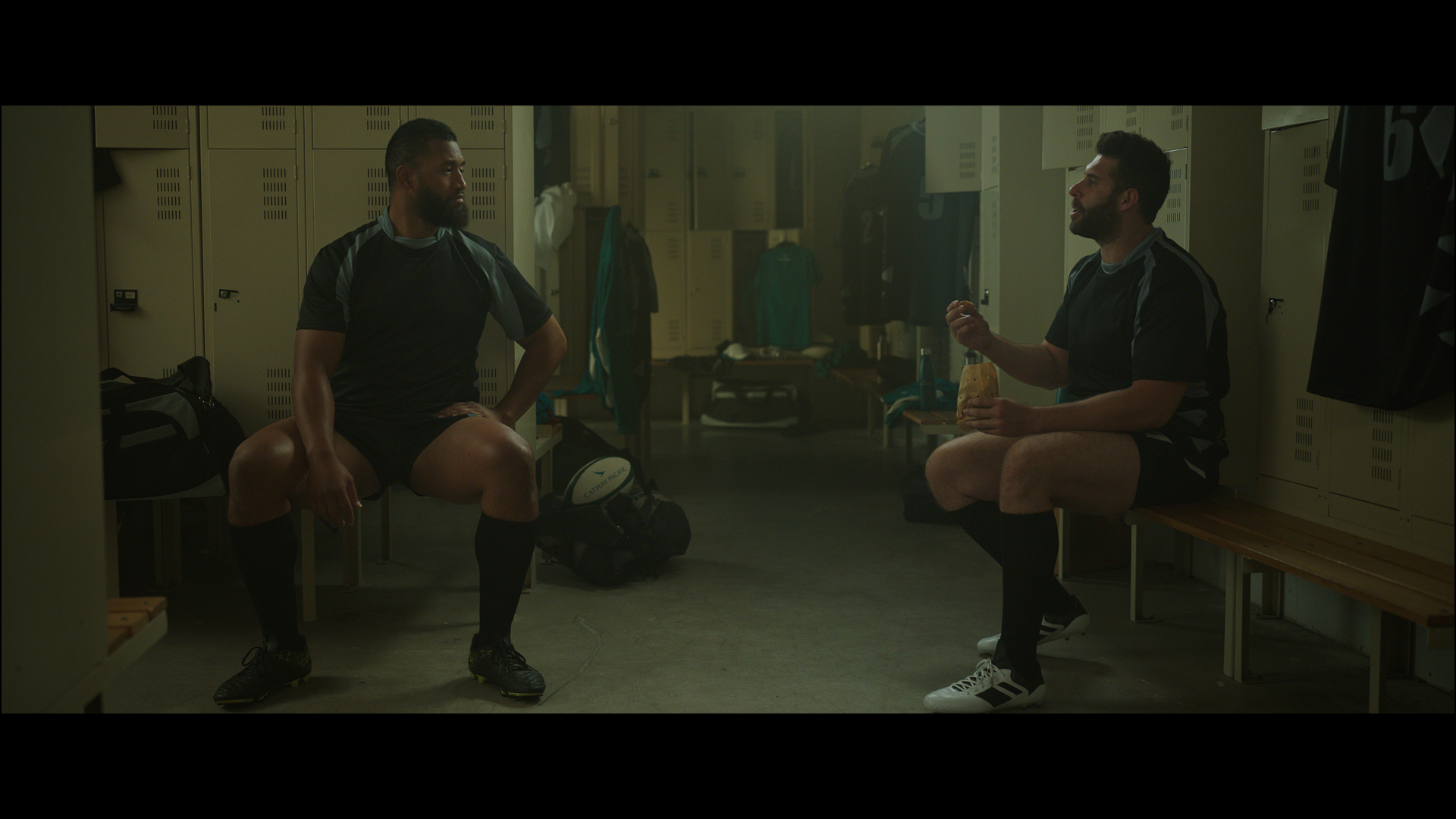 In the opening shot we see a sole rugby player snacking on something when another player enters from frame left.

This entire spot was LED and the main challenge for all the angles was keeping the ambient levels low enough to actually get some shape on the areas we wanted.

The white walls everywhere made it challenging as did the low ceilings and lack of any windows.

We used a variety of Kino LEDs kitted out with egg crates to help direct the level right where we needed it to sit. 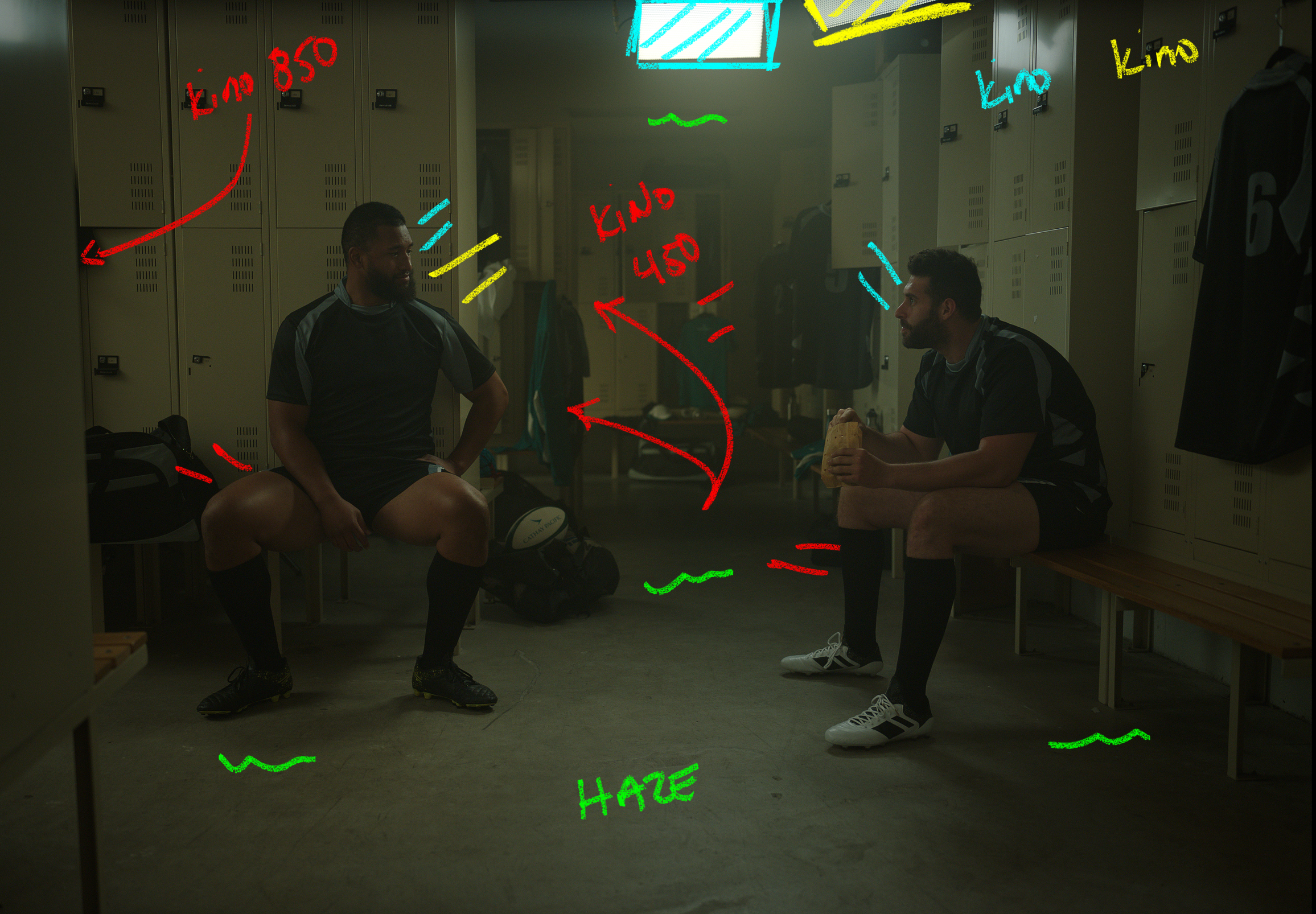 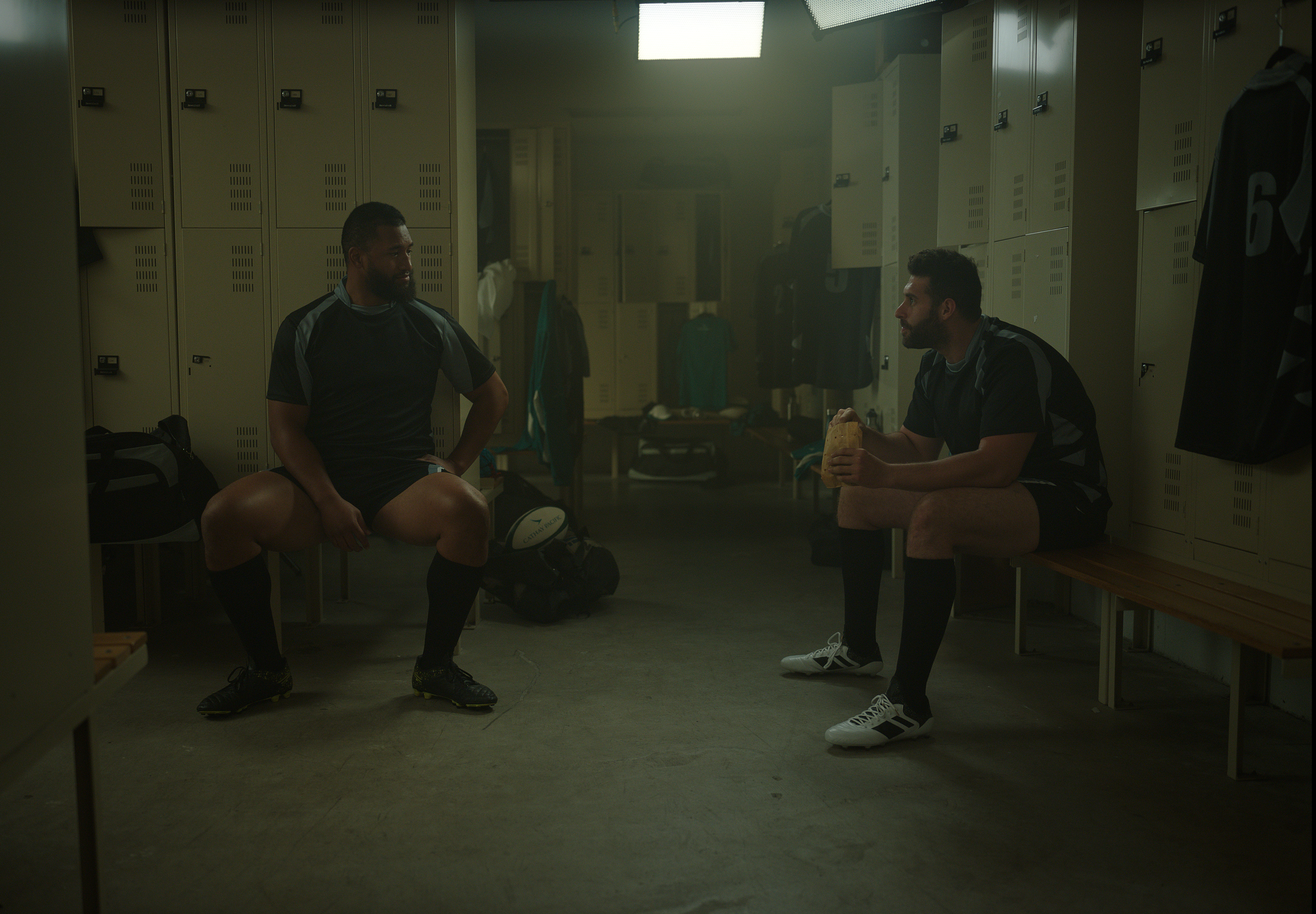 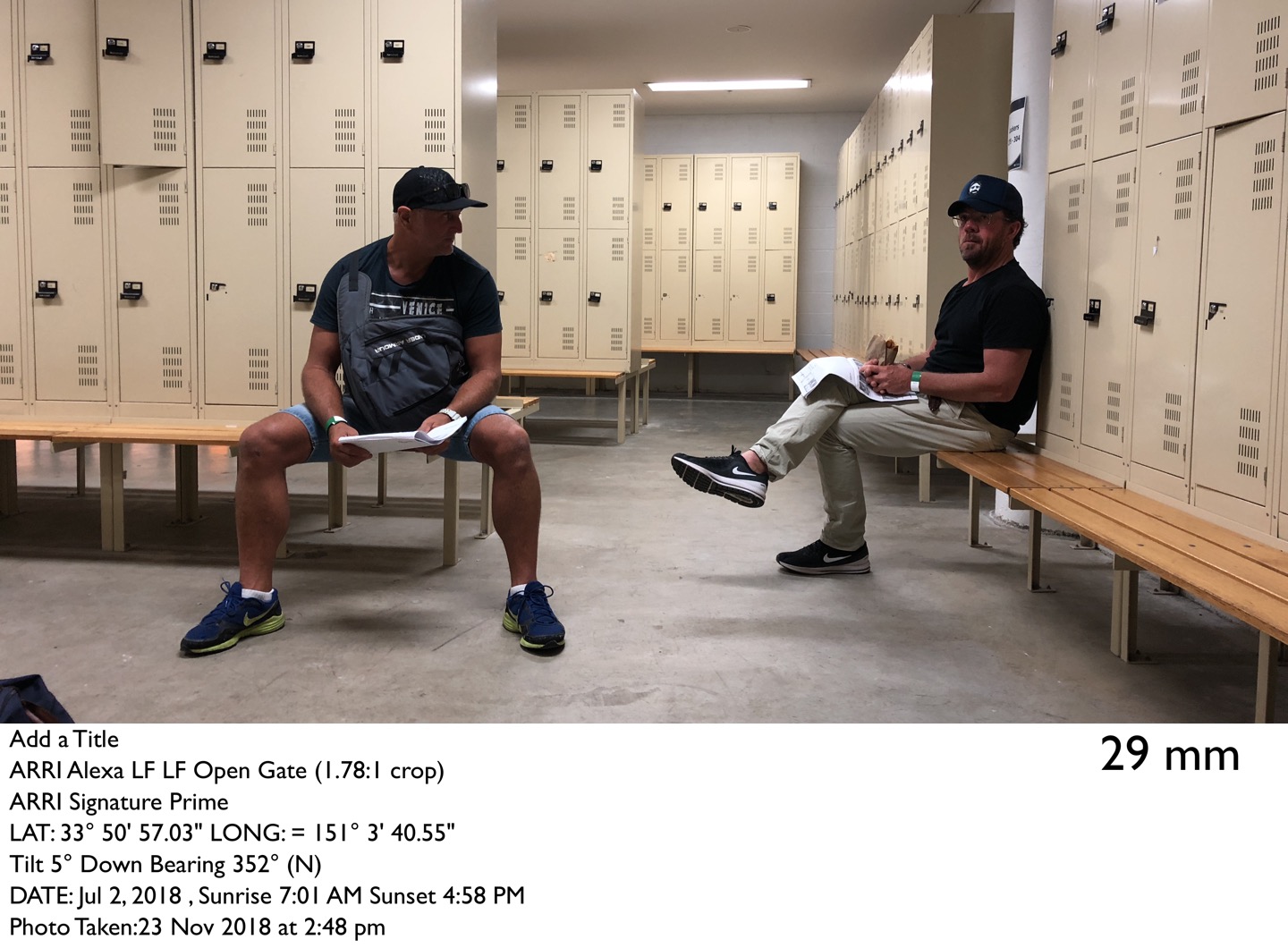 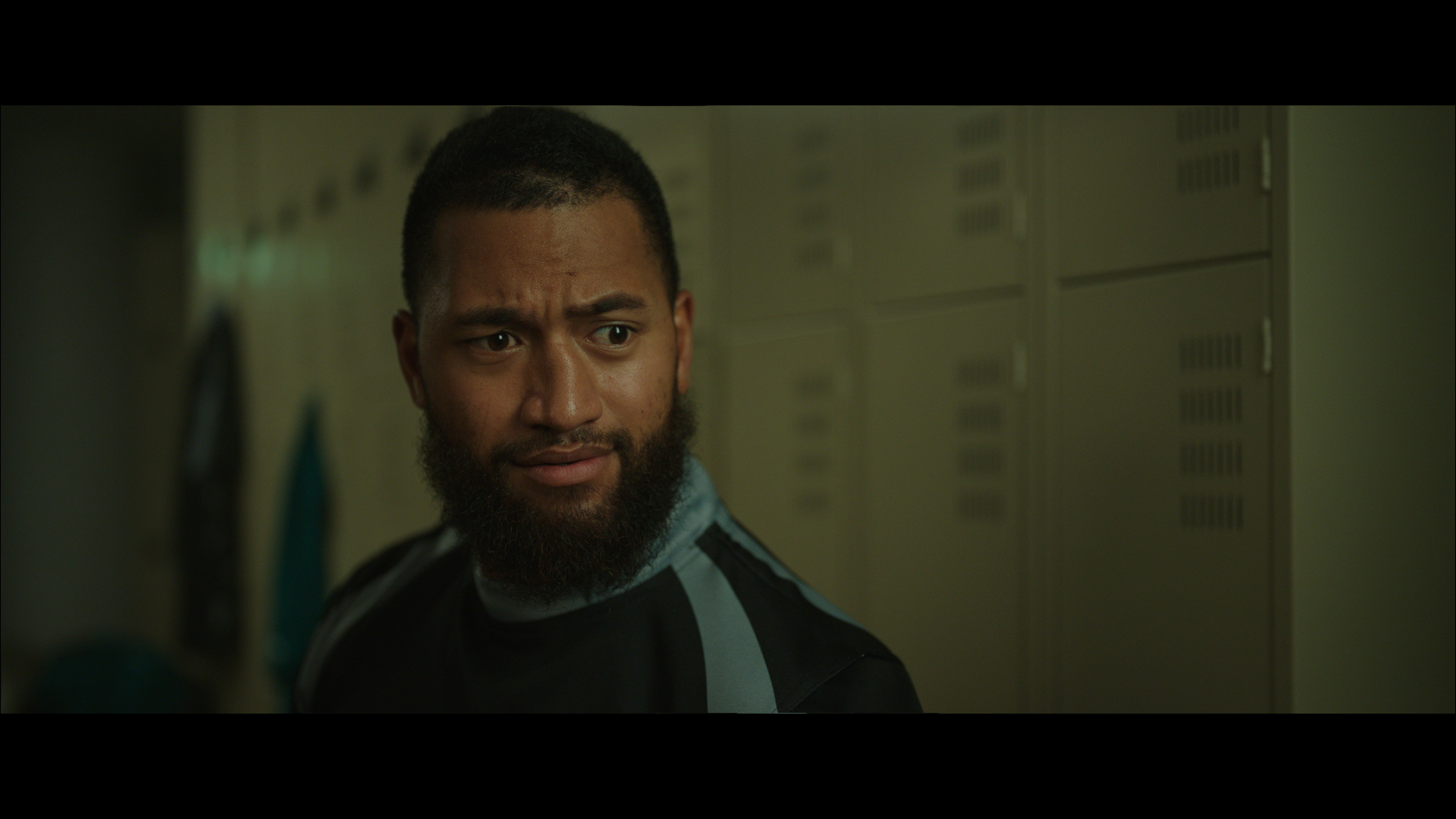 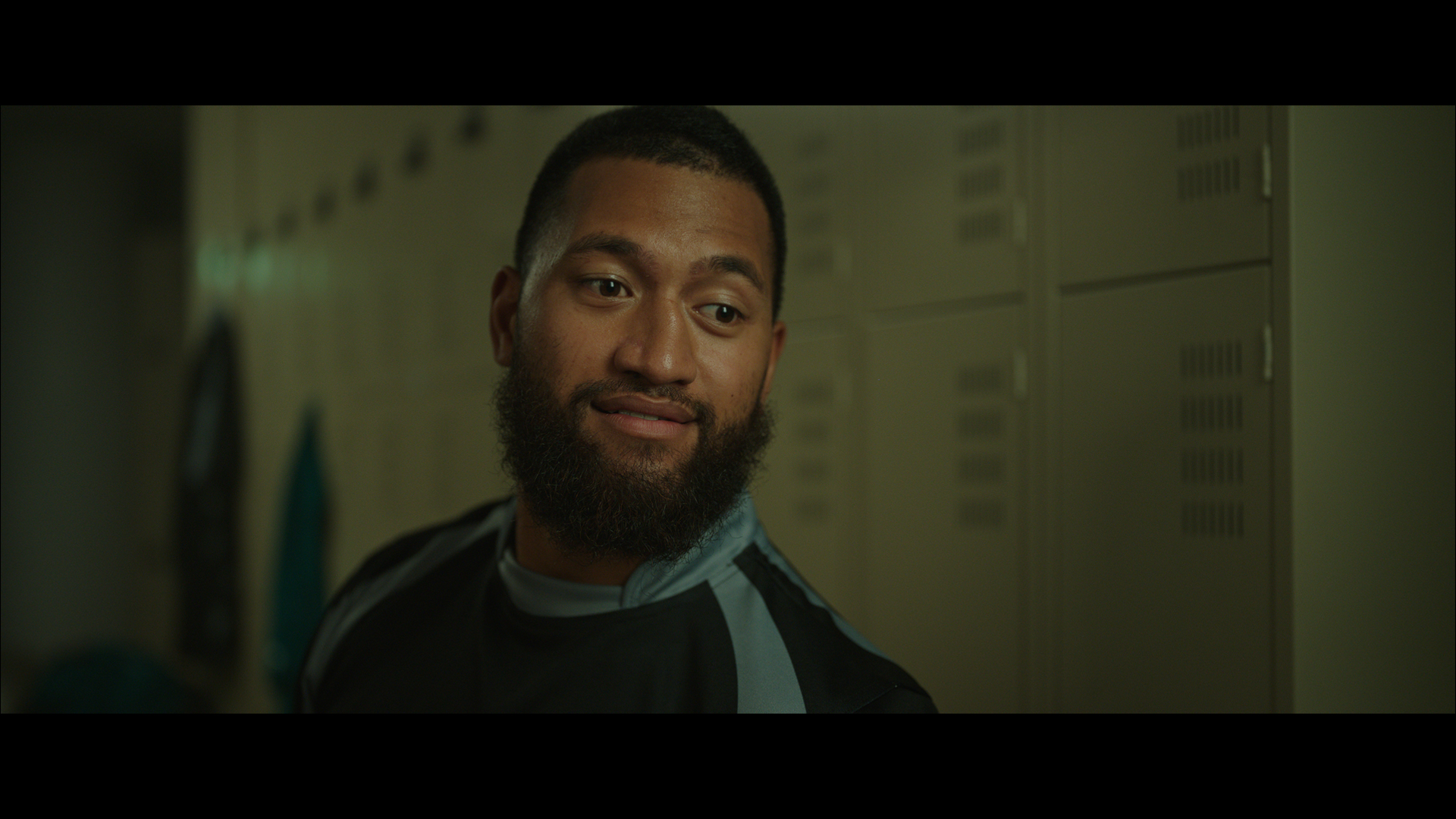 A classic single to deliver the comedic lines.

Here the full frame sensor of the LF really becomes apparent.  This is the 47mm somewhere near wide open and look at how much the BG falls away.  The depth of field is millimeters wide.

The lighting was the same as the previous shot but as we get tighter we can fly in some diffusion to help wrap the light to make it more pleasing. 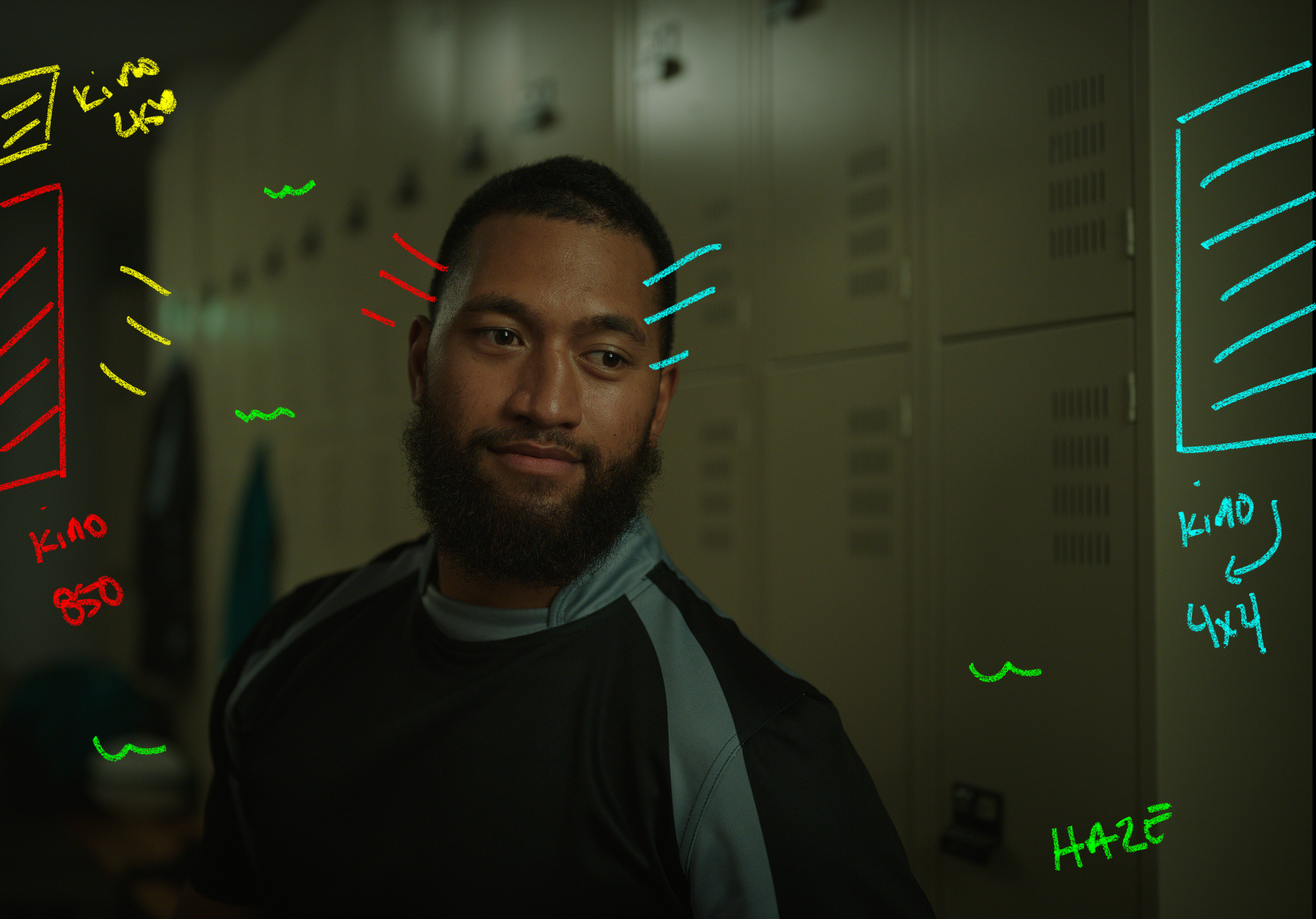 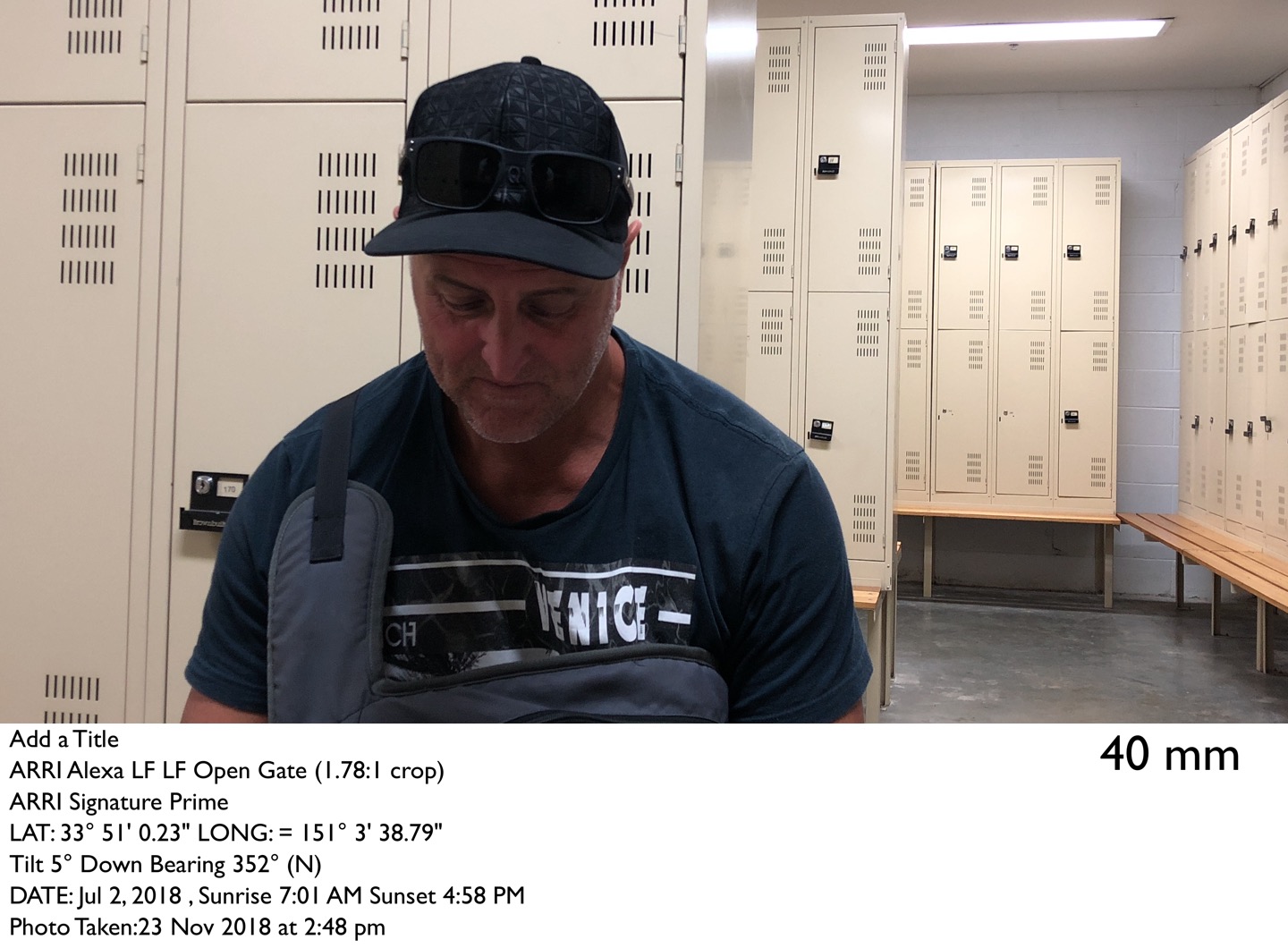 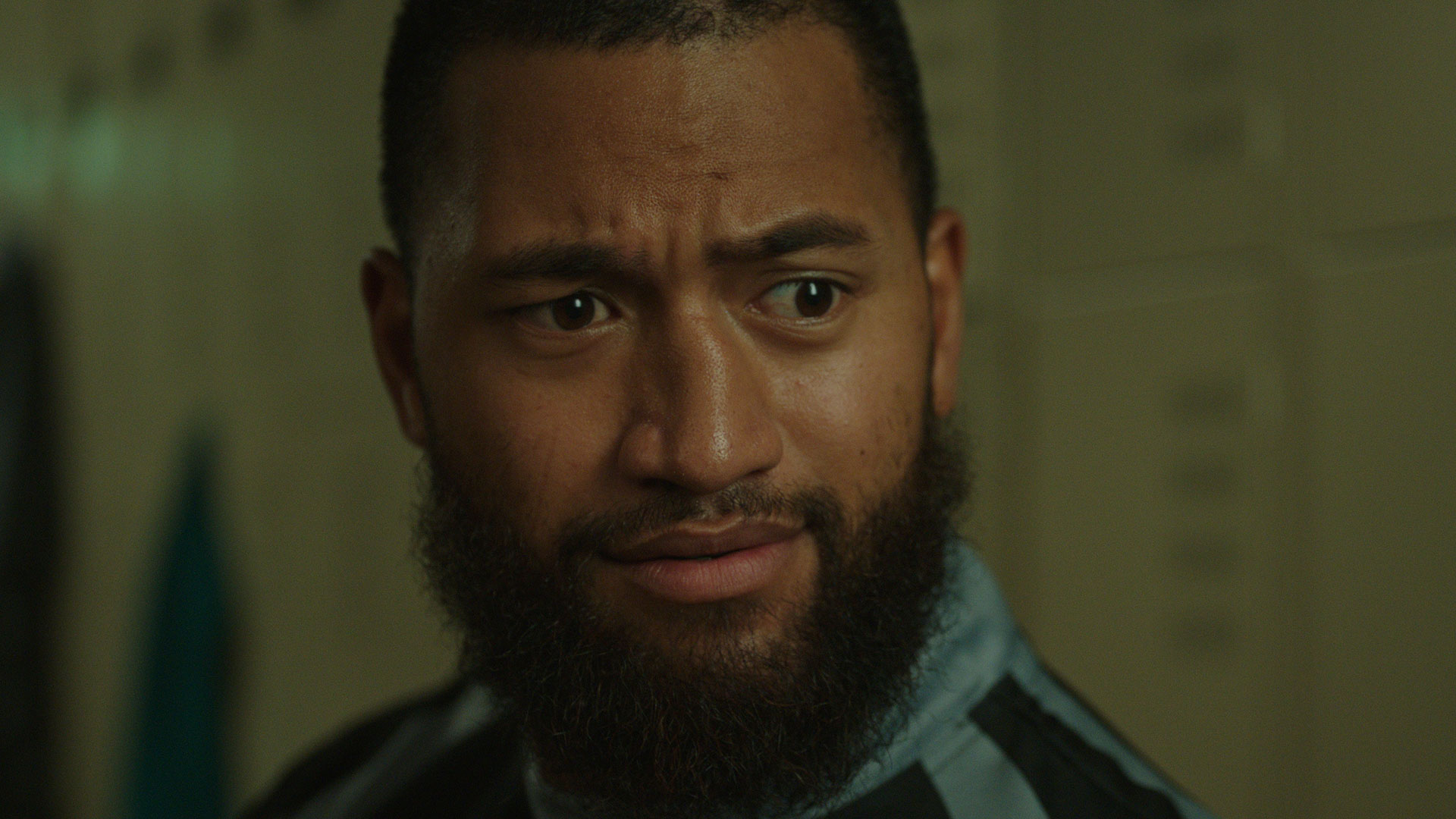 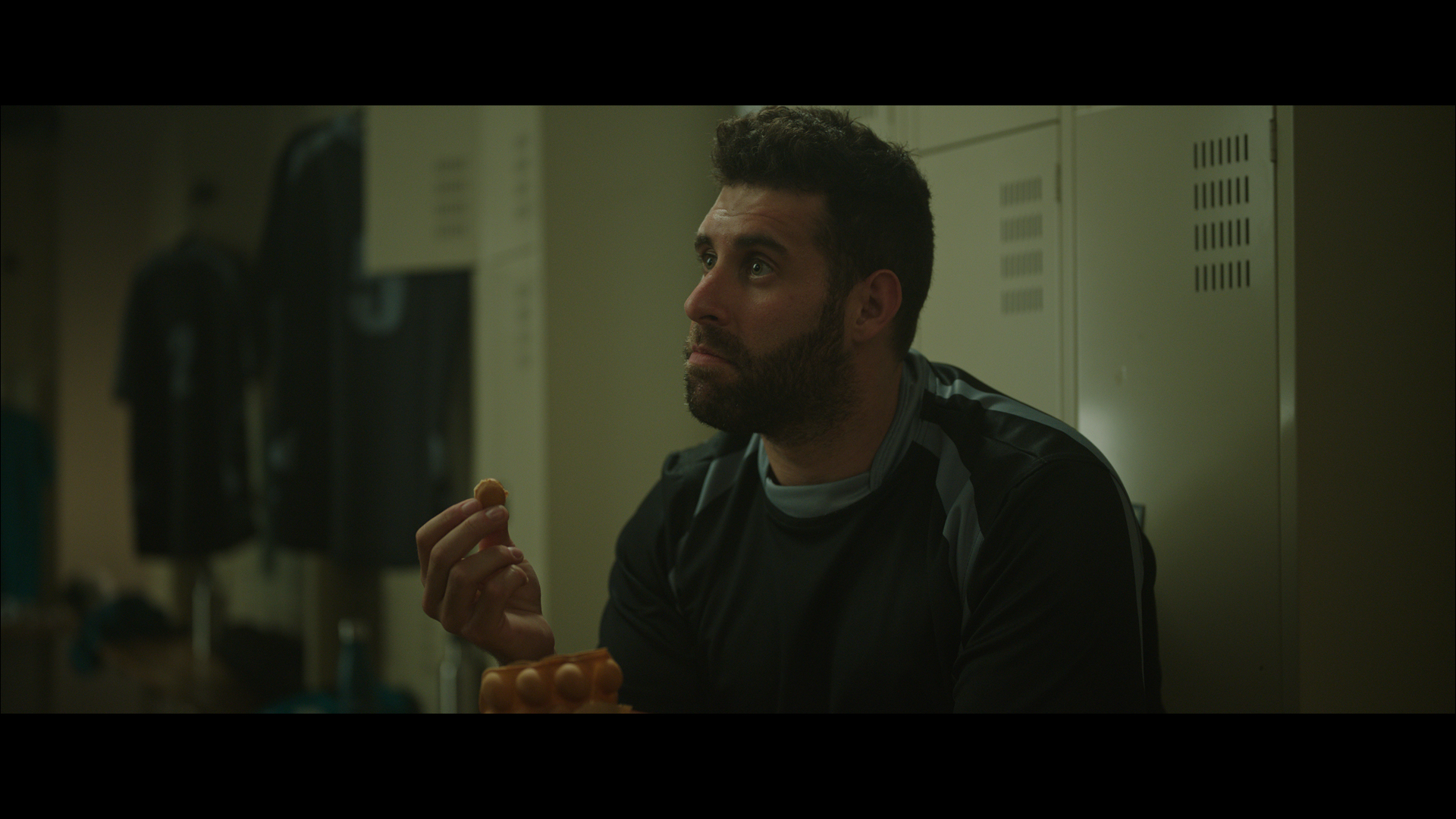 Straight forward reverse of the previous set up.  Normally we would orbit around more to have a tighter eye line on the dialogue but in this case the more we came around the more we shot straight in to a white, boring wall.

Same set up as the wide but we moved the floor lamp camera left closer and angled it to get more wrap on the shadow side of his face. 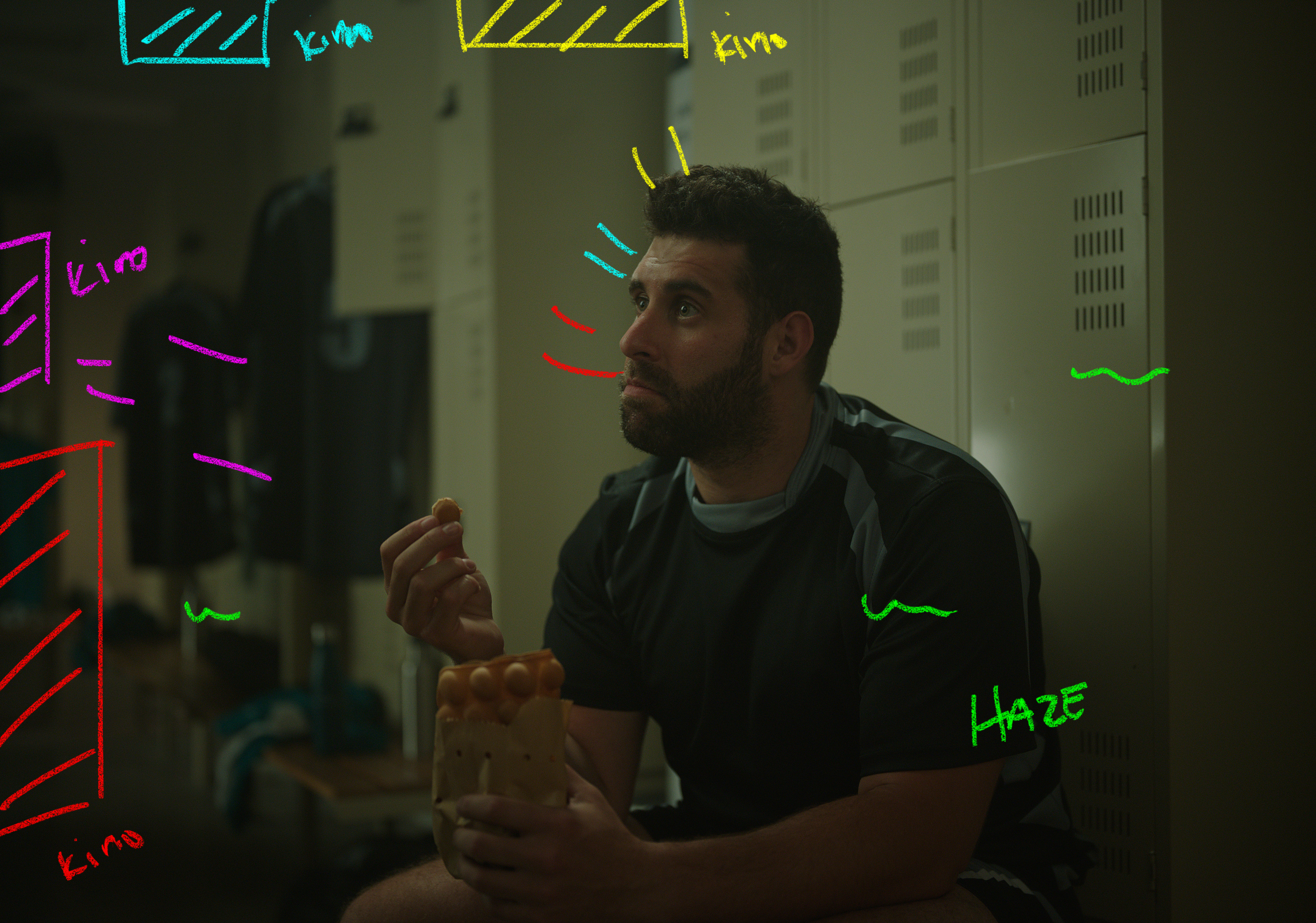 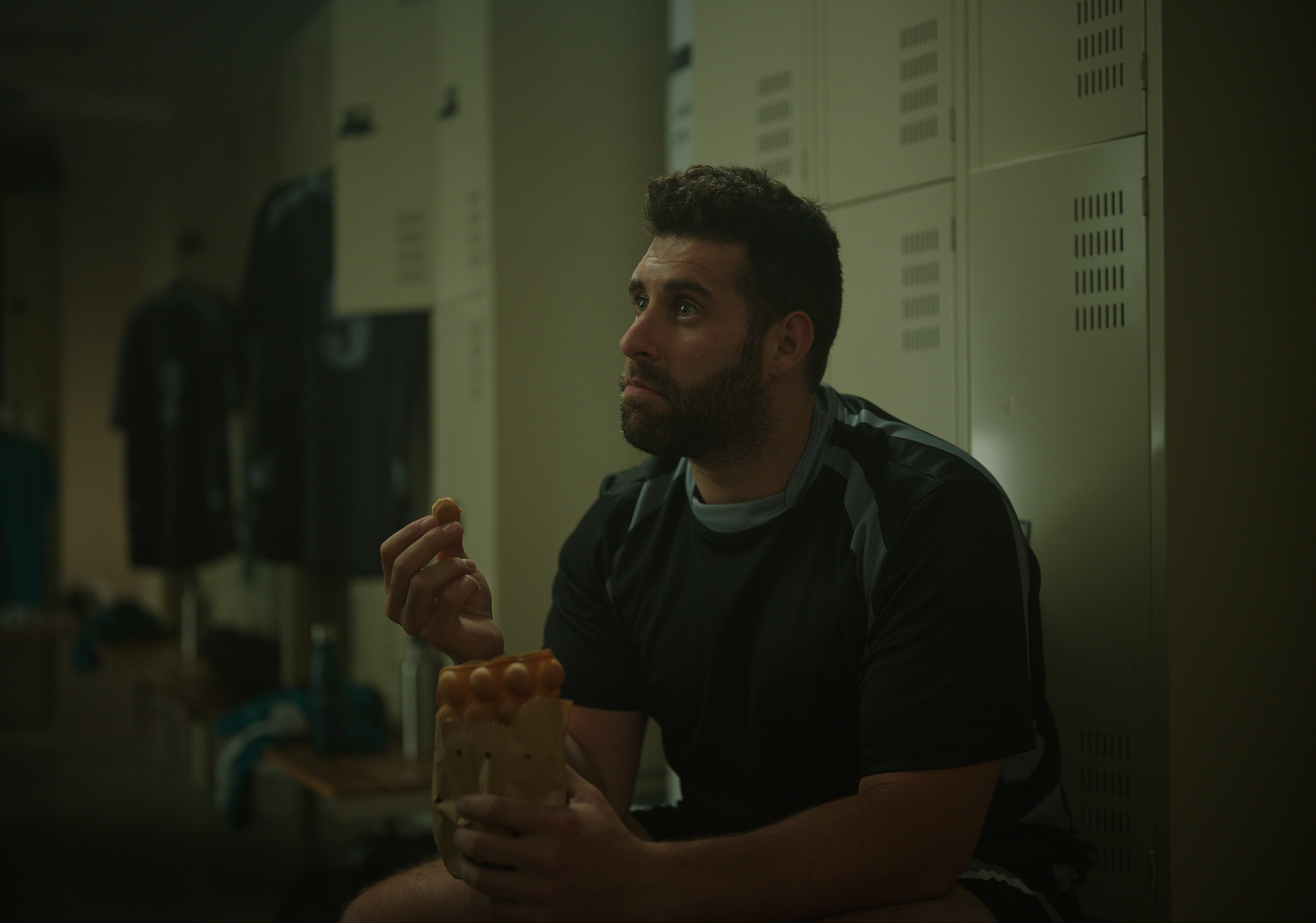 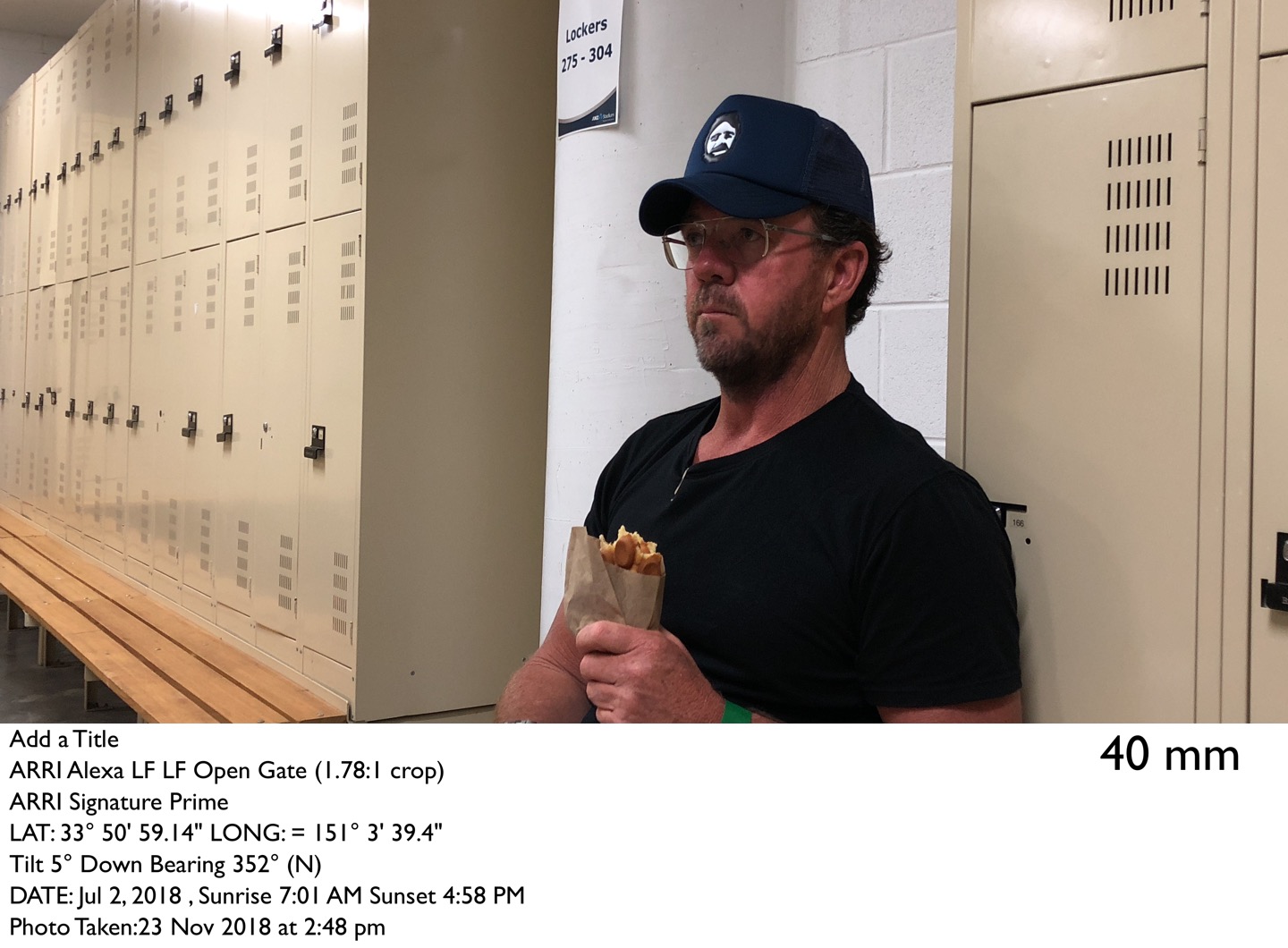 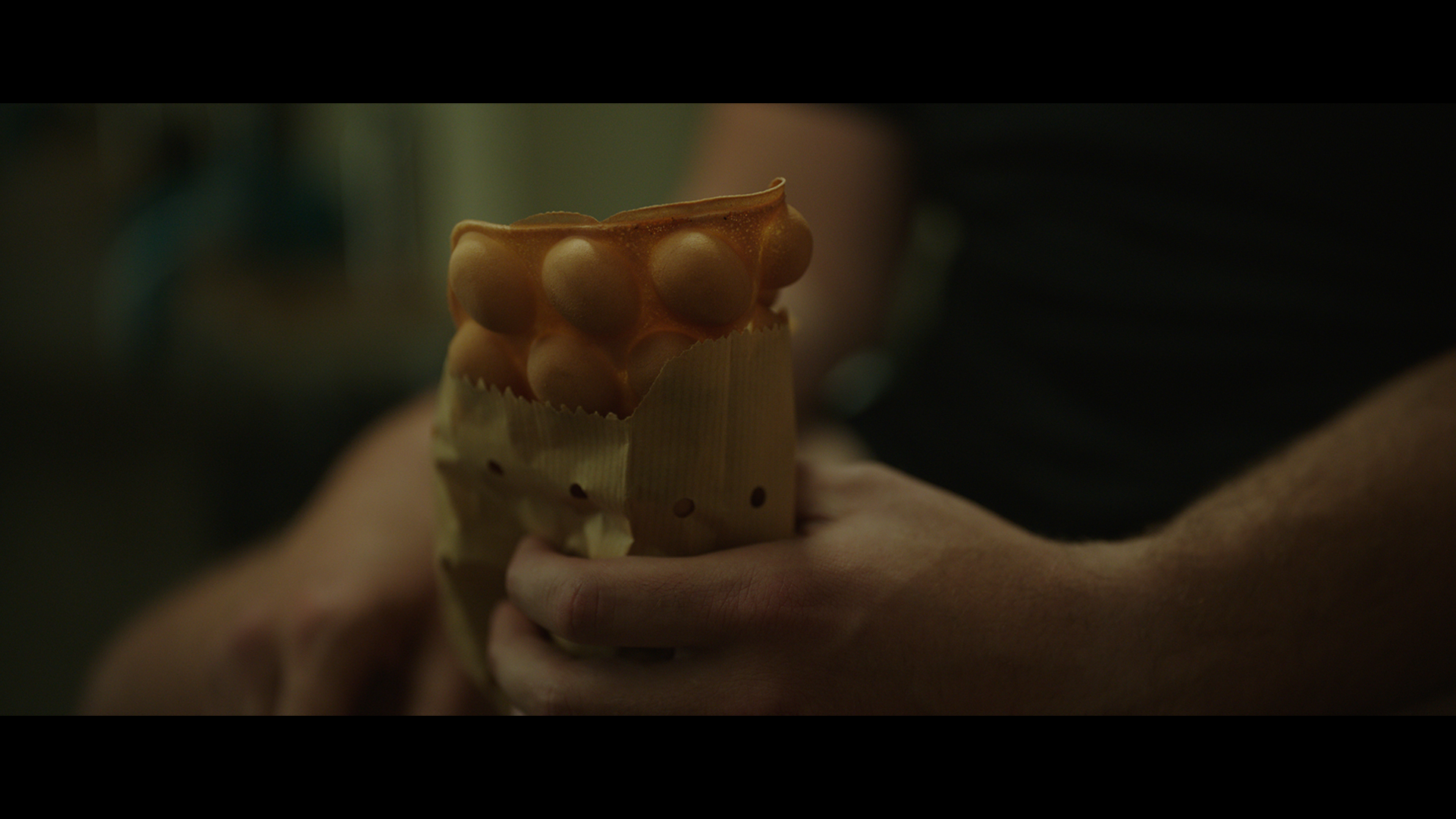 This was the hero shot for the gag of the ad.

Nothing really changed from the previous single here for light.  It was just a change in distance of the subject relative to camera which then changes the out of focus characteristics. 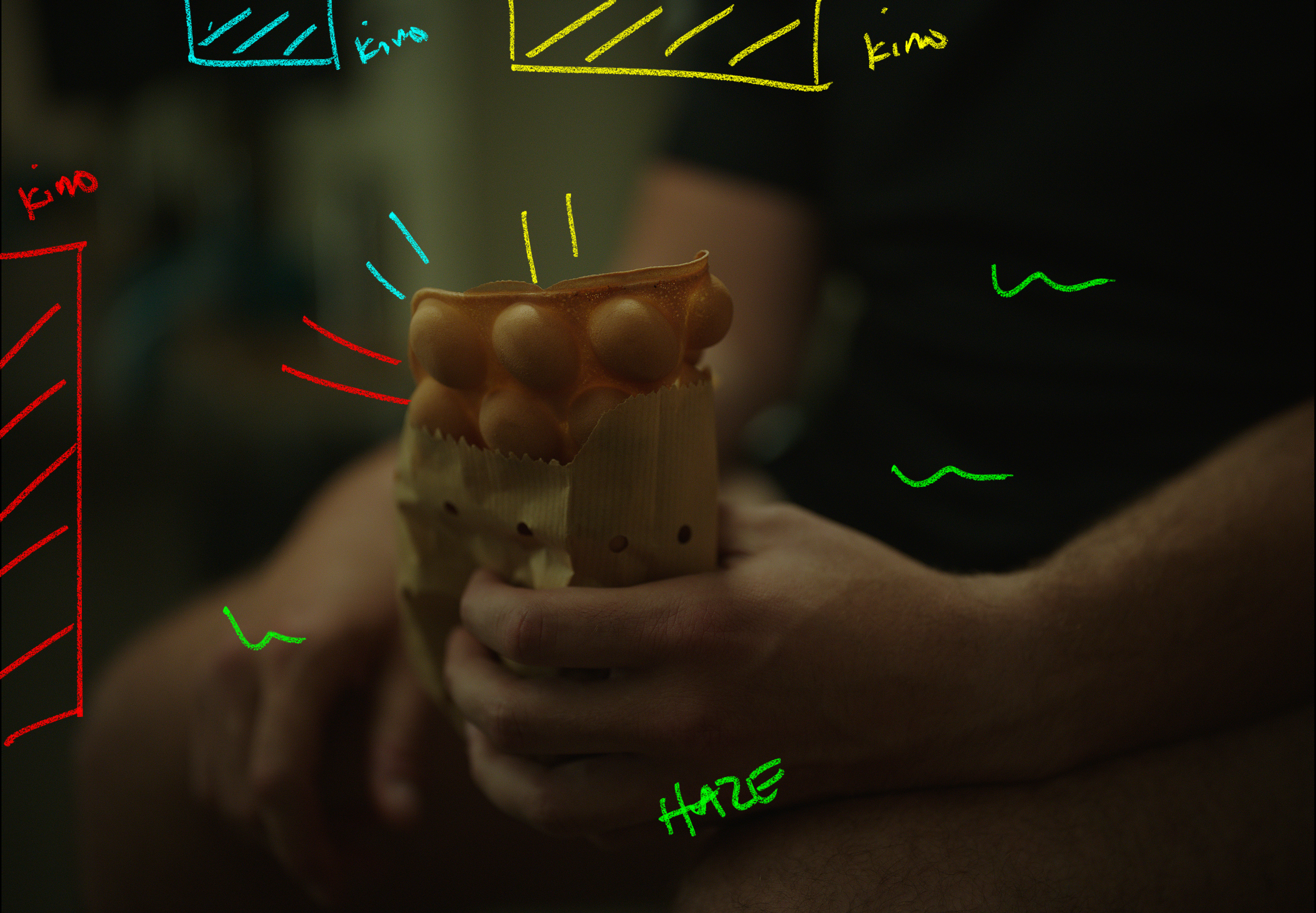 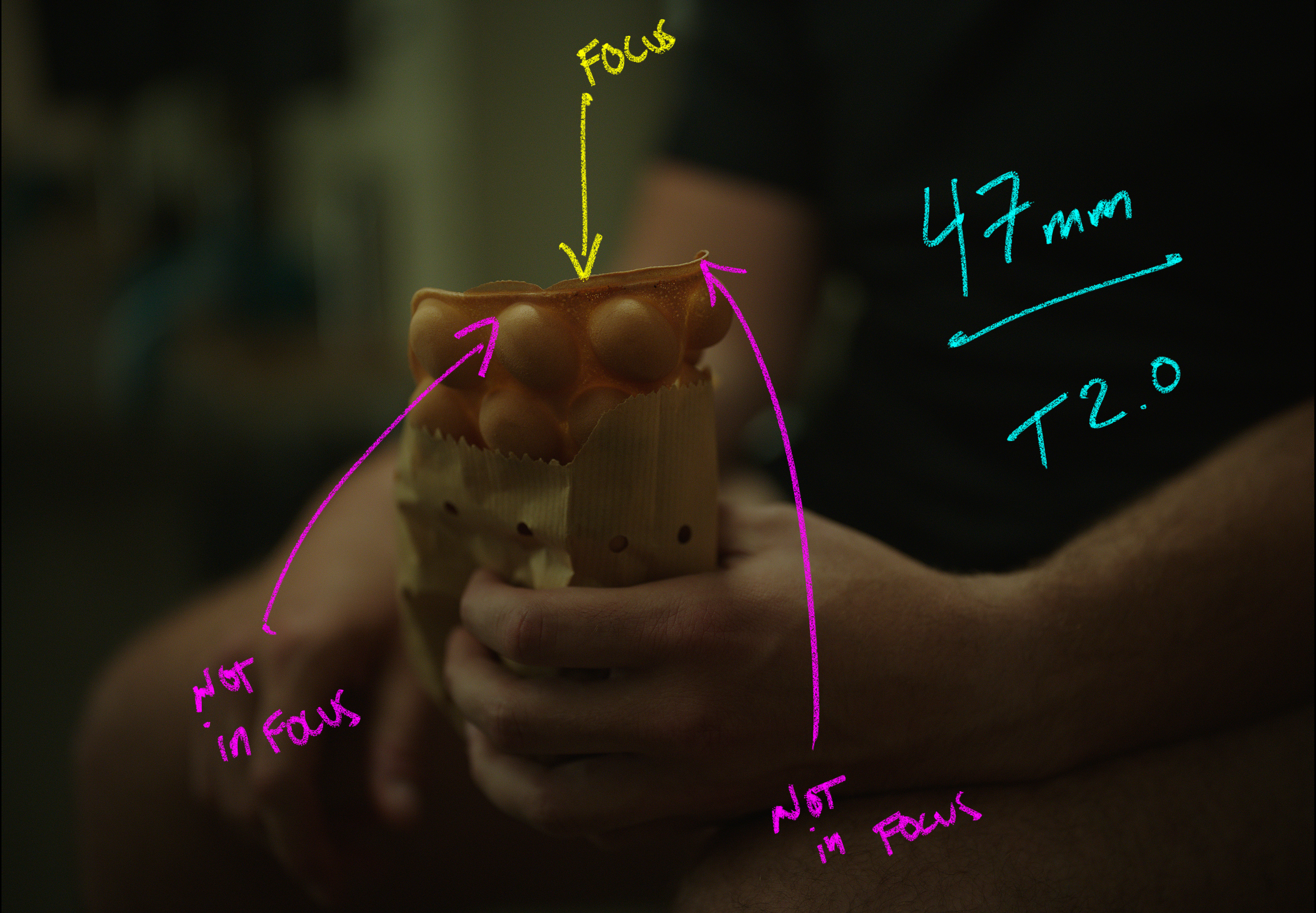